Paying homage to its founder, Bugatti has unveiled the Veyron “Ettore Bugatti” Legend Edition. The “Ettore Bugatti” Legend is based on the Bugatti Veyron 16.4 Grand Sport Vitesse. The super sports car is powered by a 1,200 PS, 8-litre W16 engine that transmits an unequalled 1,500 Nm at 3,000 to 5,000 rpm to the tarmac and rockets it from zero to 100 km/h in 2.6 seconds. With a maximum speed of 408.84 km/h (254 MPH) with the roof down, the Vitesse is the world’s fastest production roadster ever built. 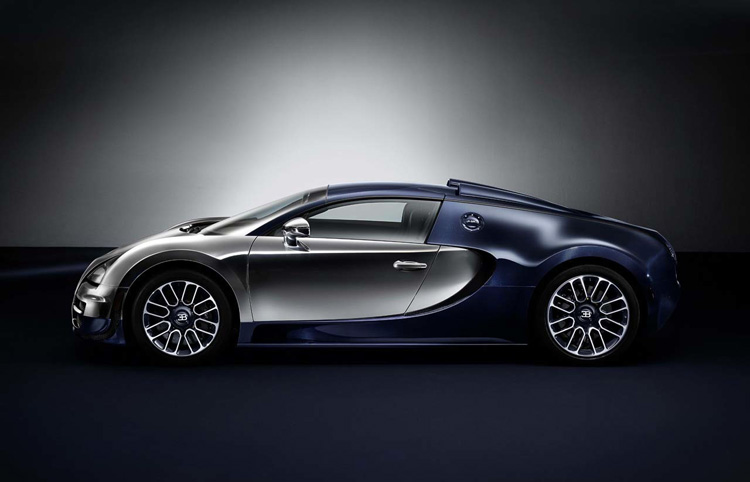 The design of the carbon body of the Legends model “Ettore Bugatti” is based on a 1932 Type 41 Royale with the chassis number 41111 and sports a “yin-yang” color split. The front part is made of hand-polished aluminium and finished with a clear coating. 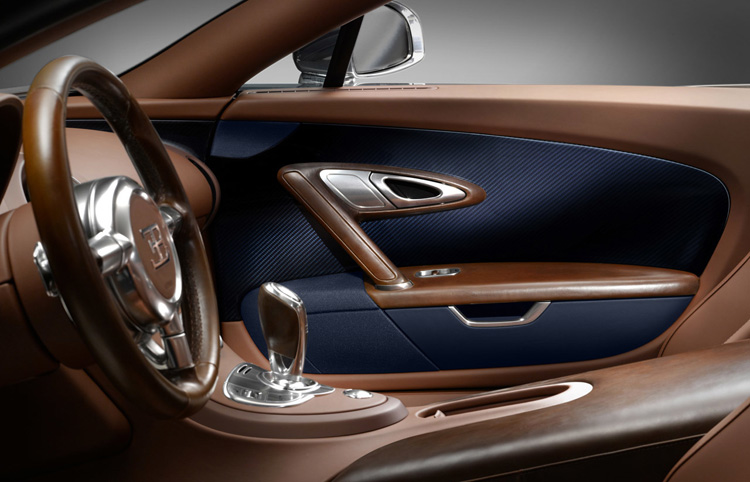 Based on one of the most famous wheel rim designs in automotive history, the polished, diamond-cut wheel rims were specially developed for this vehicle and color-coordinated with a dark-blue finish. The eight-spoke wheel was created by Ettore Bugatti who was looking for a light wheel for his racing cars, like the famous Type 35. Ettore Bugatti thus made a decisive contribution to the development of the aluminium wheel in automobile manufacture.

The distinctive Bugatti horseshoe and the EB logo at the rear shine out in platinum and underscore the gleaming exterior appearance of this Bugatti Legend.The signature of the company’s founder Ettore Bugatti is engraved into the tank and oil cap and painted in silver. 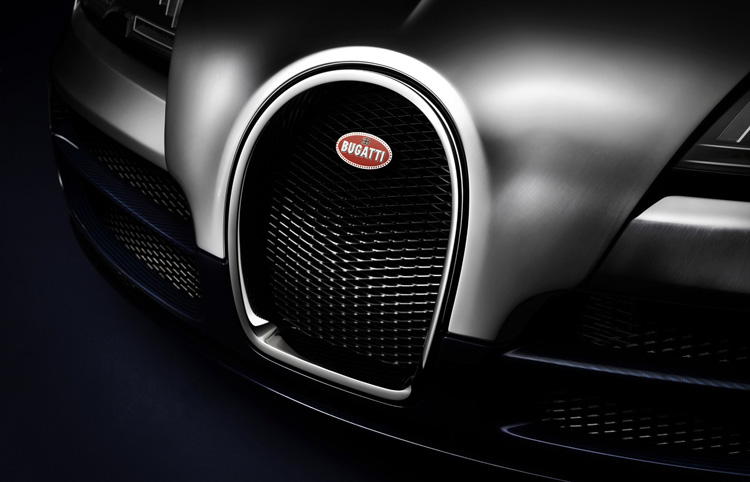 The exterior’s blue exposed carbon is present again in the vehicle interior, such as in the door trims and cover of the rear centre box, perfectly complemented by the seats’ dark-blue seams. The eye-catching feature of the interior is the platinum-coated dancing elephant, that is inset in the cover of the rear centre box and reminiscent of the hood ornament of the Type 41 Royale. The figure was originally sculpted by Ettore’s brother, Rembrandt. 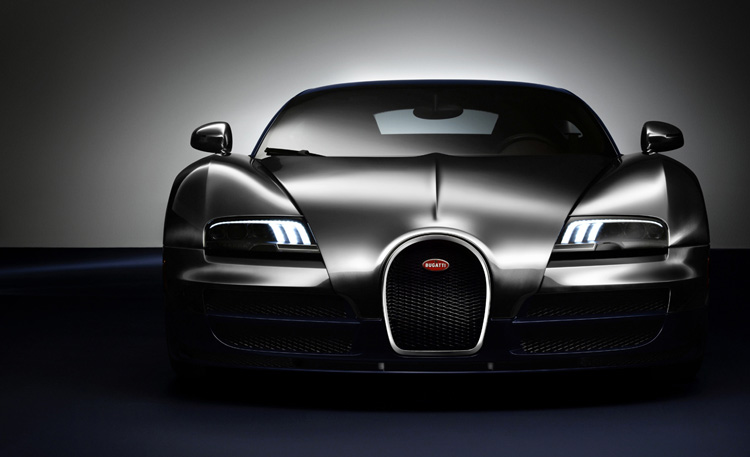 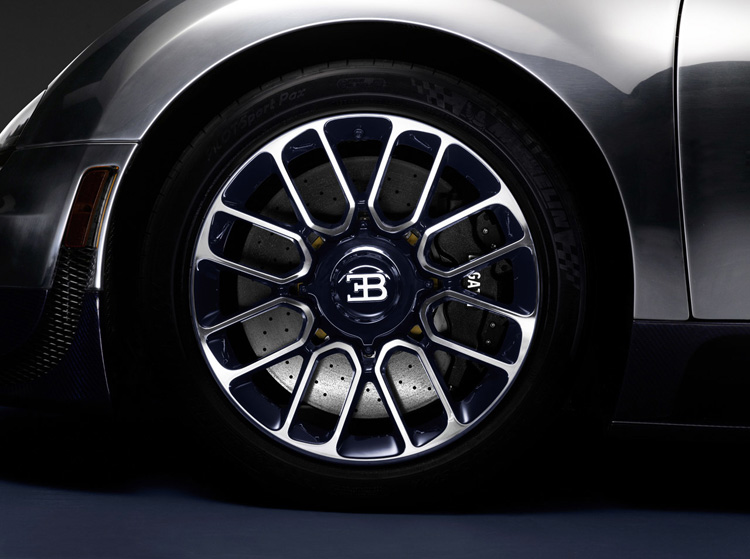 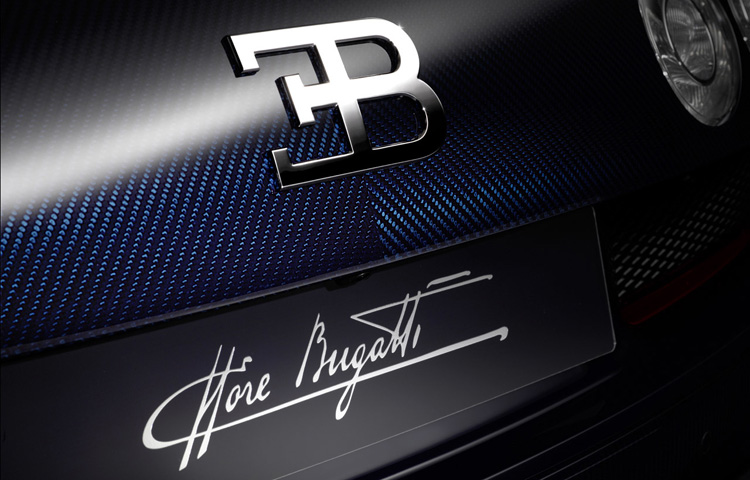 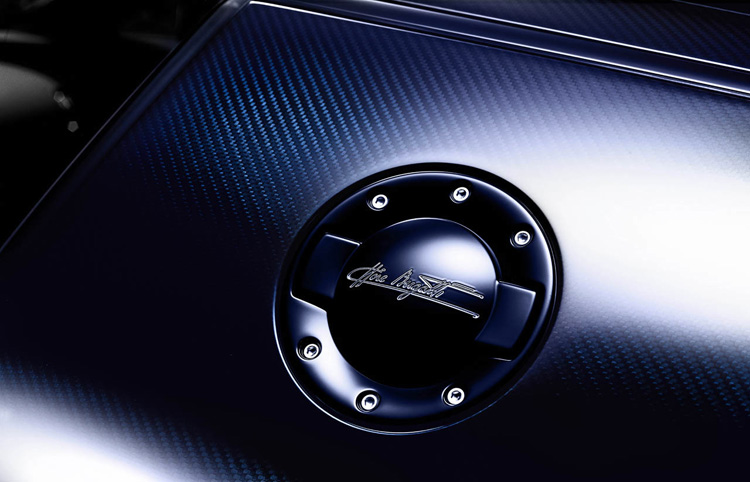 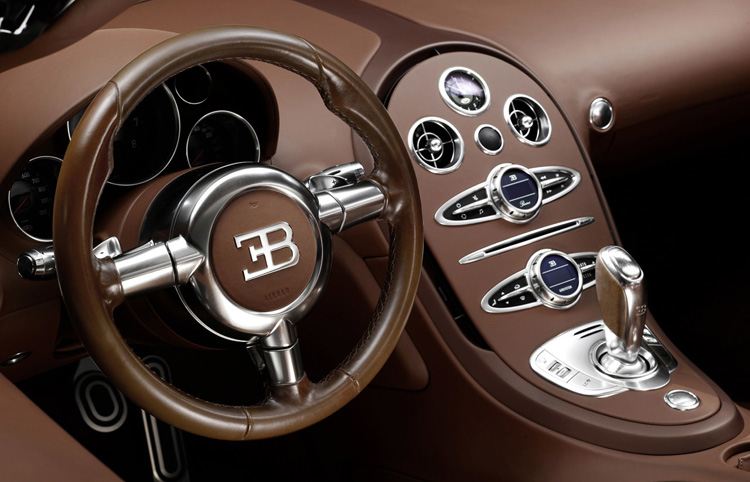 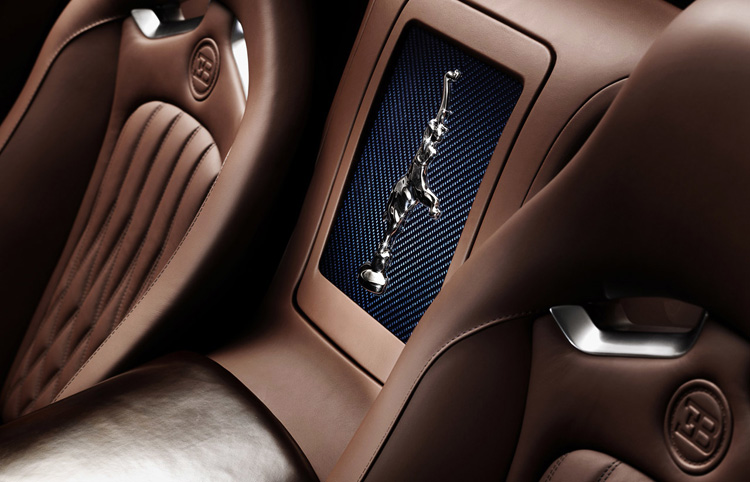 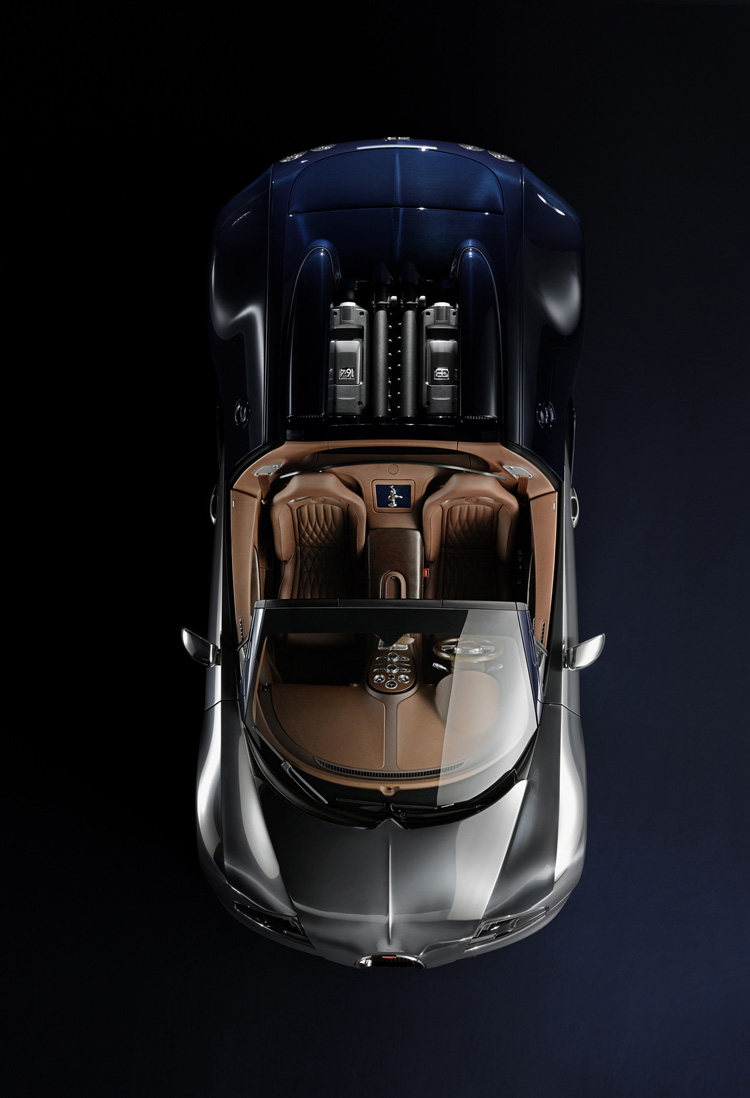 all images courtesy of BUGATTI