At Cologne’s International Motorcycle, Scooter and E-Bike Fair (INTERMOT), Kawasaki unveiled its supercharged Kawasaki Ninja H2R. The Ninja H2R is powered by a supercharged 998cc engine and boasts power output of 300hp. Although the Ninja H2R will be a production motorcycle, its huge horsepower means it is only available as a closed-course model. Fitted with slick racing tires, it may not be ridden on public roads and should only be ridden by experienced riders. 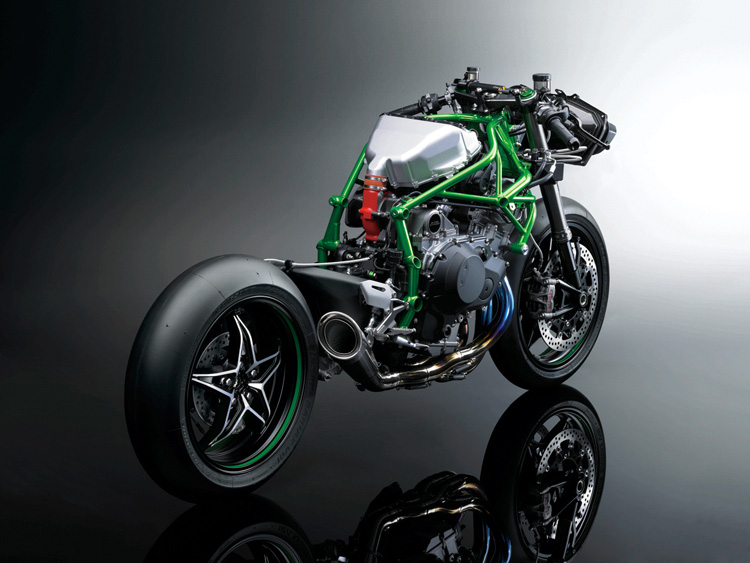 In order to achieve that prodigious power output, Kawasaki turned to supercharging, a form of forced induction that hasn’t been applied to production motorcycles yet. Inside the mechanics, custom components were created in order to make the motorbike a reality. Other sections of Kawasaki Heavy Industries ltd such as the gas turbine department, were sourced in order to combine multiple technological expertise. As well, the aerospace division crafted the carbon-fiber bodywork and the chassis designs that both help to ensure stability at high speeds. 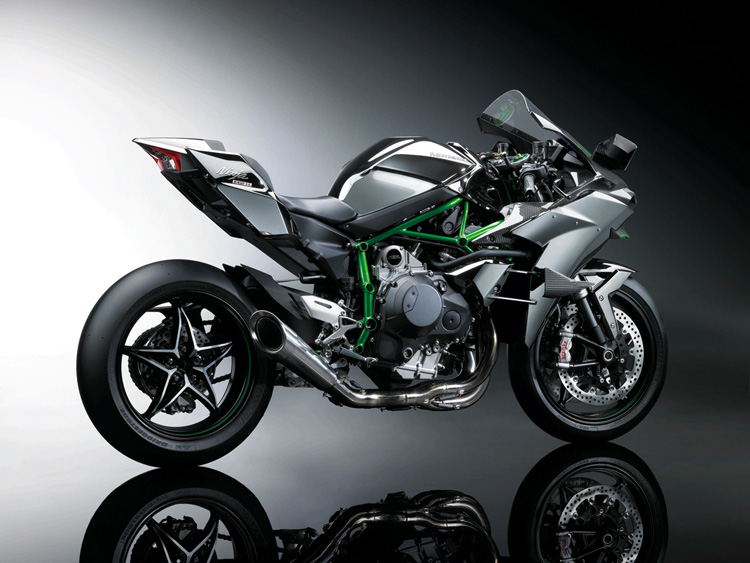 Wanting to create a bold design worthy of the Ninja and H2R names, the styling concept was dubbed “Intense Force Design.” As a flagship for the Kawasaki brand, the Ninja H2R required presence and styling that reflected its incredible performance. And while the design looks the part, it has a functional beauty, with each piece of bodywork aerodynamically sculpted to help ultra-high speed stability. 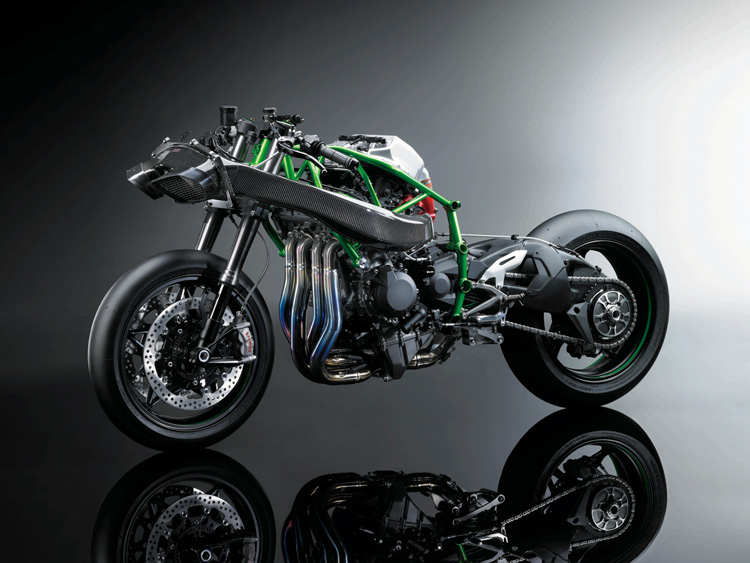 The cowling design also maximizes cooling performance and heat dissipation, helping to achieve the engine’s circa 300hp output. More than any motorcycle Kawasaki has built to date, the Ninja H2R is a showcase of craftsmanship, build quality and superb fit and finish, right down to its high-tech mirror-finish black chrome paint that was specially developed for this model. 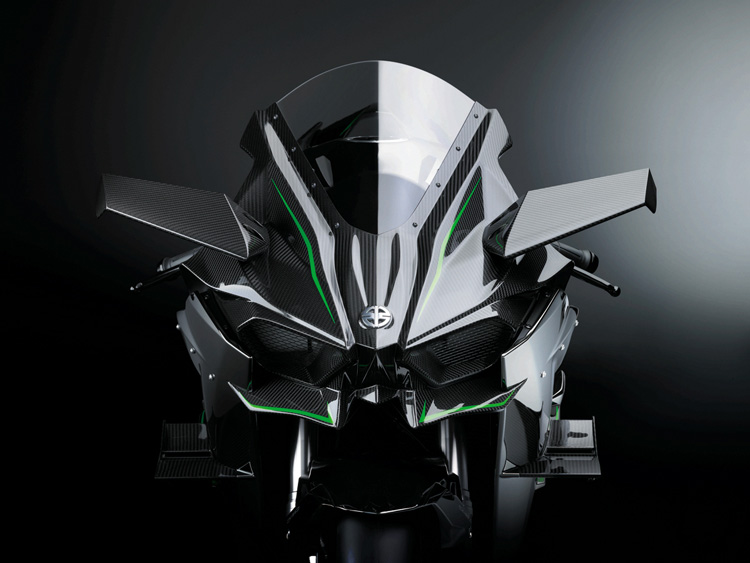 all images courtesy of KAWASAKI