Porsche has unveiled its 2015 version of the Cayenne GTS, ahead of its debut at the 2014 Los Angeles Auto show. The new Cayenne GTS resounds an outstanding sporting character in its very name. The resonant letters GTS go back to the famous 904 Carrera GTS of 1963. In 2007, the Cayenne GTS became the first Porsche of the modern era to revive the acronym. Since then, GTS has designated particularly sporty Porsche models. 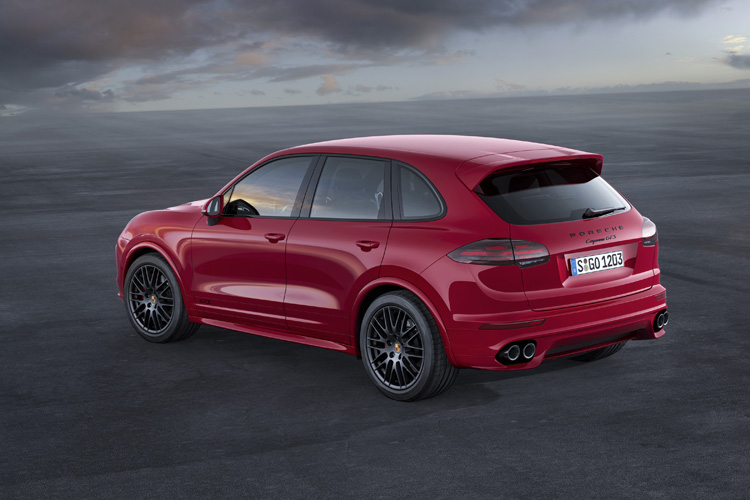 The new Cayenne GTS is powered by a 3.6 liter V6 twin-turbo engine. The Cayenne GTS accelerates from 0 to 62 mph in 5.2 seconds. A sport exhaust system is standard, which provides the characteristically GTS sound. Thanks to its performance-oriented suspension, the Cayenne GTS captivates drivers with its unmistakable driving dynamics and handling. 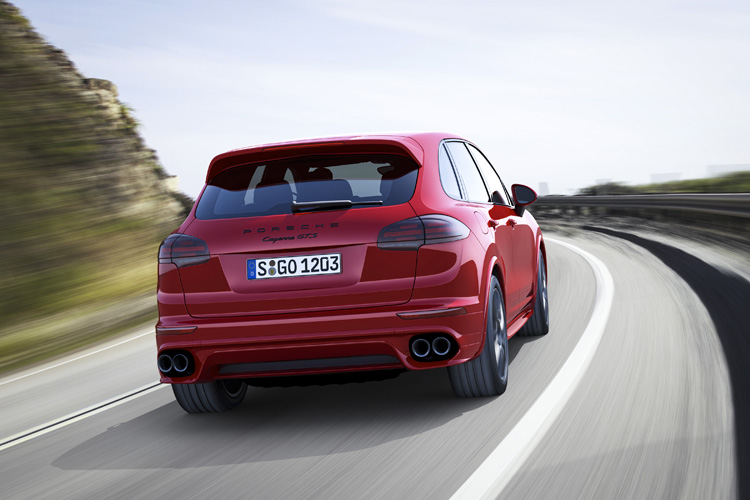 Other external design attributes also underline the Cayenne GTS’ performance-focused nature. As standard it has the turbo nose fascia with large air intakes and the Sport Design package, including more contoured rocker panels and wheel arch extensions. The latter, like the roof spoiler and lower rear of the vehicle, are painted in body color. The black features provide some striking contrasts: all lettering is black, as are the 20-inch RS Spyder wheels, the exhaust tailpipes, the Bi-Xenon headlights’ inner apertures and the fittings of the tinted LED rear lights. There’s a new feature on the front doors: striking GTS lettering. 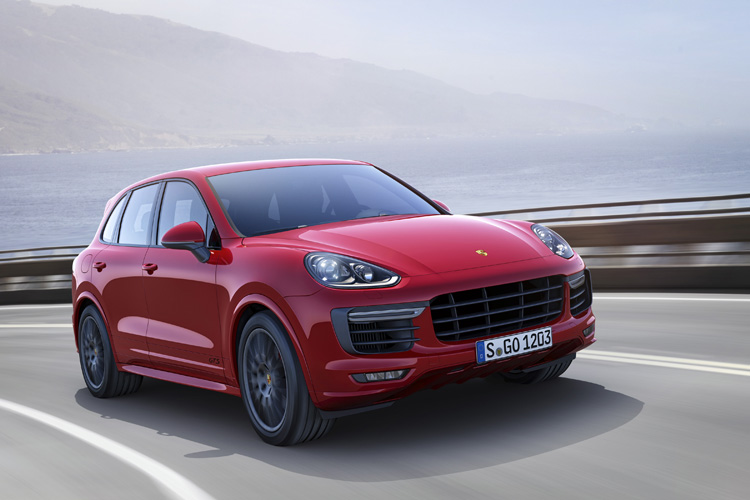 The sporting character continues on the inside. Eight-way electrically adjustable GTS sports seats clad in leather/Alcantara upholstery, including GTS lettering on the headrests, are fitted as standard. Alcantara is the predominant upholstery material used inside the car. The interior GTS package is optionally available in Carmine Red or Rhodium Silver with rev counter face, decorative stitching, headrest lettering and safety belts in a contrasting color.

The Cayenne GTS will celebrate its world premiere on November 19th at the 2014 Los Angeles Auto Show. 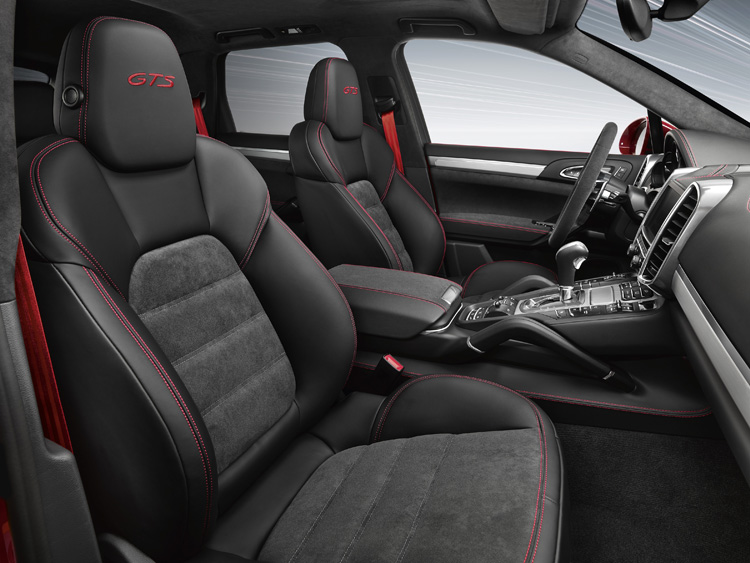 all images courtesy of PORSCHE