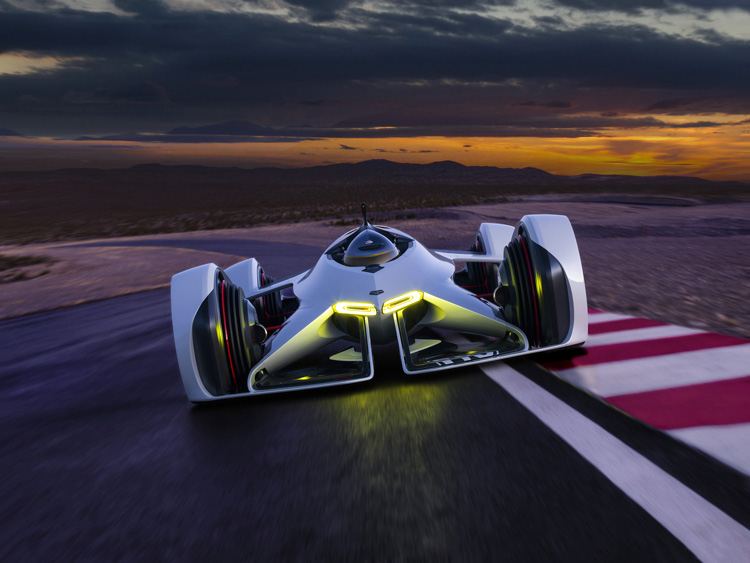 The Chaparral 2X VGT’s concept propulsion system is inspired by technology derived from advanced work targeted at space travel and future aircraft design. It features a mid-mounted laser beamed-energy propulsion system, which pulses beams of light that focus in a shroud, creating shock waves that generate tremendous thrust in the lightweight race car. 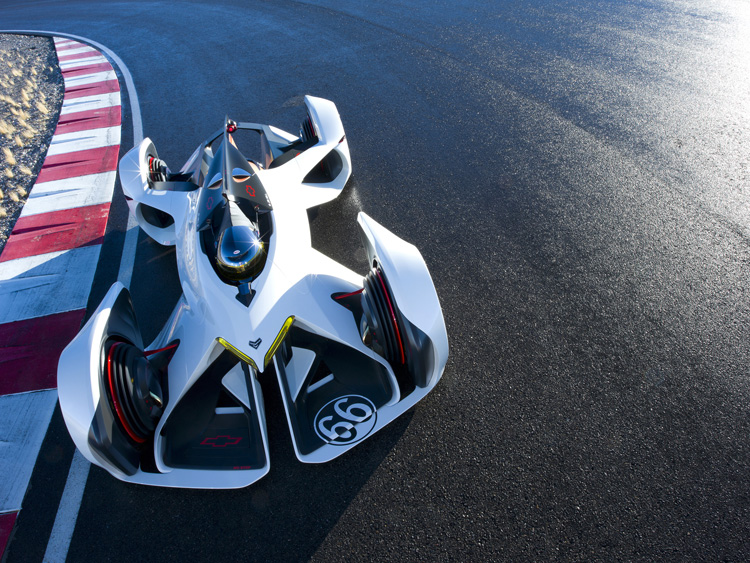 With a 671-kW laser, powered by a pack of lithium-ion batteries, and an air-powered generator to provide 900 horsepower worth of thrust, the Chaparral 2X VGT will be capable of a 240-mph top speed in the video game with 0-60 acceleration capability of 1.5 seconds. 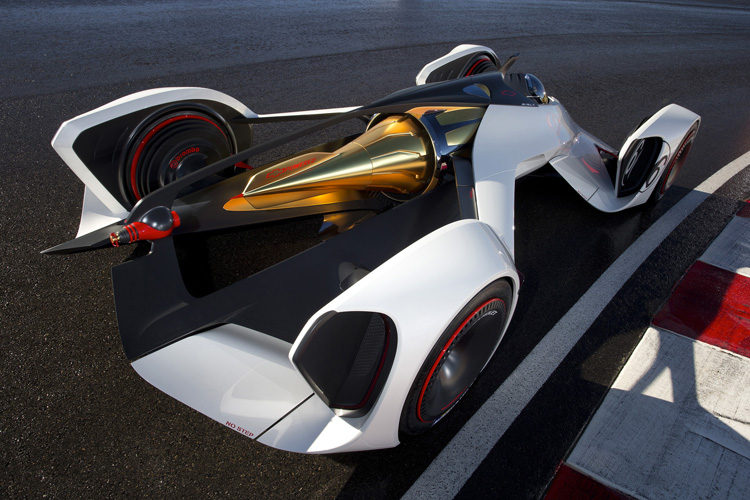 Other manufacturers have developed concept race cars for the Vision Gran Turismo project, but Chevrolet is one of the few to transfer it from the digital world to a physical concept vehicle. 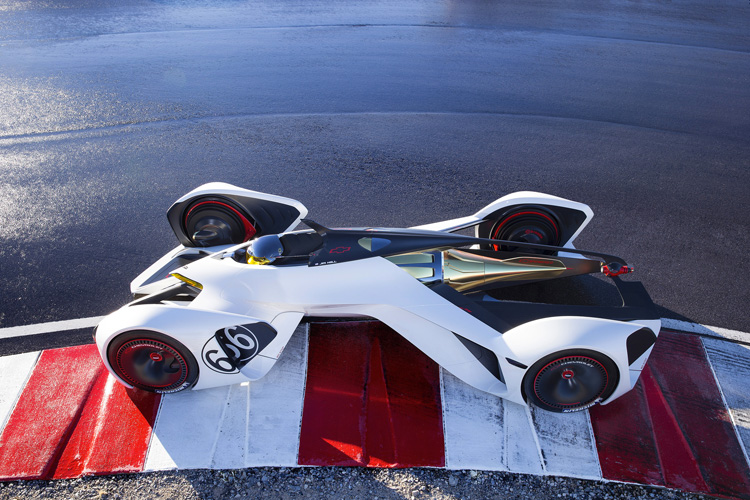 The Chevrolet Chaparral 2X VGT concept is on display at the Los Angeles Auto Show through November 30. Gamers can race the Chaparral 2X VGT this holiday season by downloading an online update for Gran Turismo 6, the latest iteration of the best-selling PlayStation franchise that has sold more than 72 million copies worldwide since its 1998 debut. 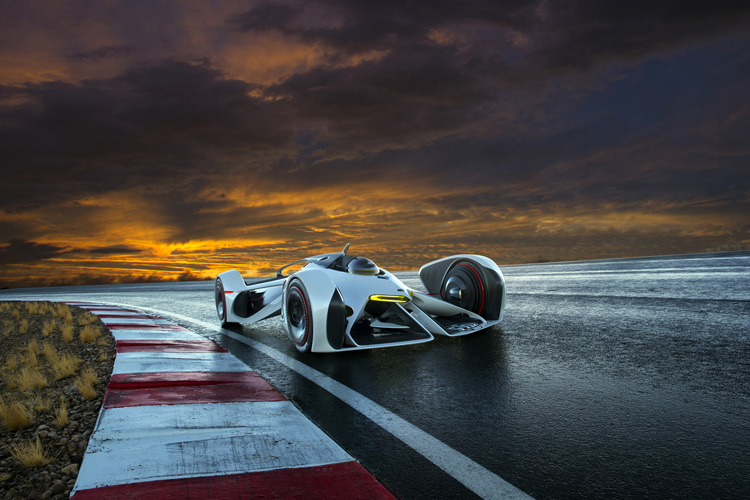 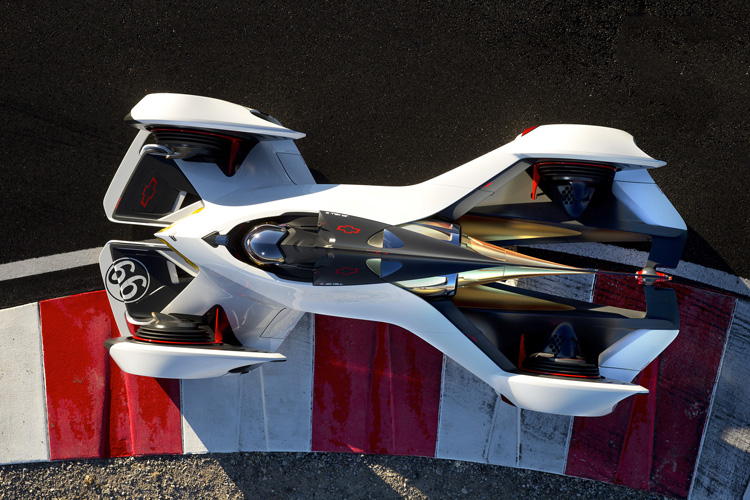 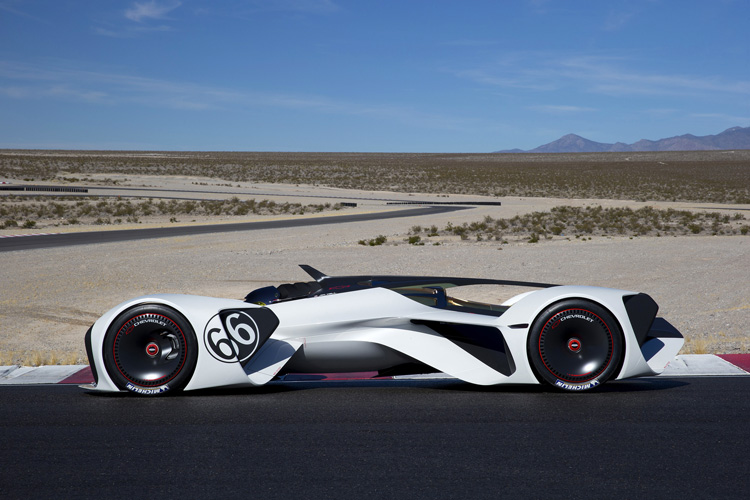 all images courtesy of CHEVROLET