Aston Martin Works prepares to celebrate its diamond jubilee in 2015 creating six limited edition sports cars to commemorate the 60-year milestone. The six bespoke cars, all versions of the current Vanquish super GT in either Coupe or Volante form, are being created in association with the luxury British brand’s Gaydon-based design team, and its ultimate personalisation service: Q by Aston Martin. Each of the six cars is subtly different, and each is tailored to reflect one of the six decades being celebrated. The result is a collection of rare and ultra-desirable sports cars that will be instantly recognisable as ‘Works 60th Anniversary’ models. 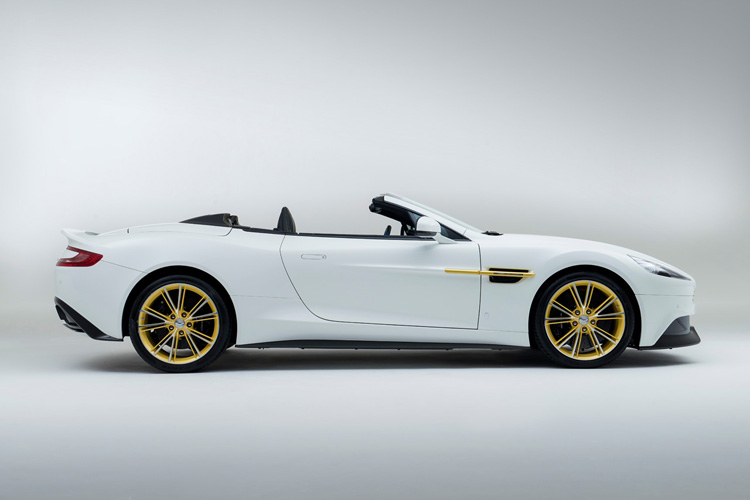 A number of elements distinguish the Anniversary cars including trim and paint colour treatments. But, perhaps, the most emotive part of each car comes in the form of a fine detail: bespoke rotaries around the major controls in the centre console of each Vanquish.

The first has been shown at the company’s Christmas gathering for customers, and it represents the most recent decade, 2005 to 2015; its knob bezels come from pistons that once did duty in an original Vanquish. Working backwards through time, the remaining five cars will be ornamented by pistons from a V8 Vantage supercharged, a V8 Vantage X-pack, a V8 Coupe, a DB5 and a DB 2/4 Mk II saloon. 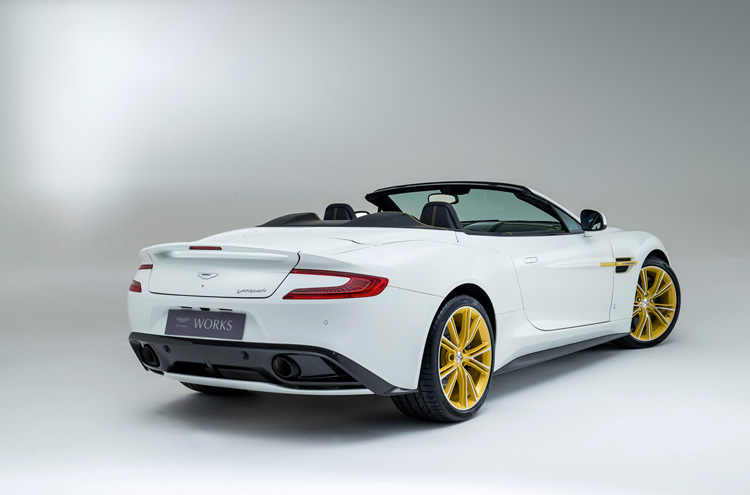 The unique Vanquish comes equipped with a 6.0 liter V12 capable of acceleration from 0 to 60mph in just 3.6 seconds and a top speed of 200 mph. The vehicle sports a stark white exterior in conjunction with distinctive yellow anniversary accents while the interior comes dressed in black leather with a carbon fiber weave and contrasting yellow stitching. 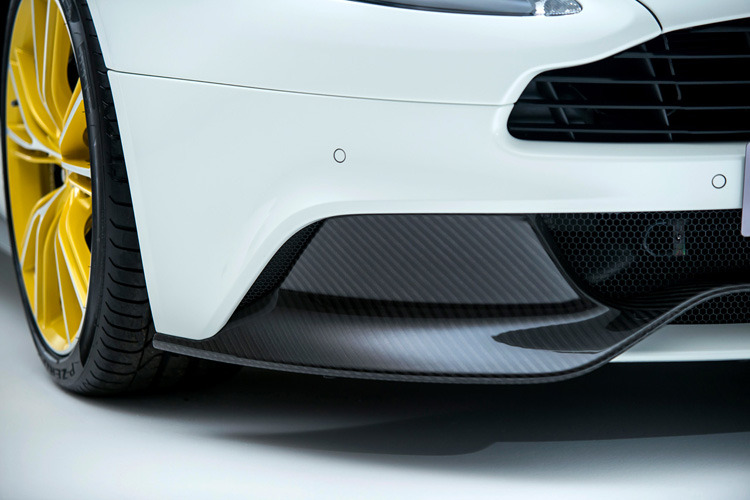 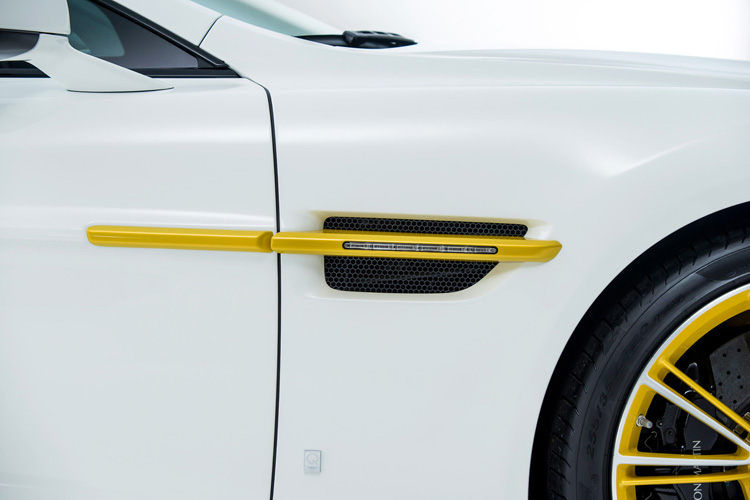 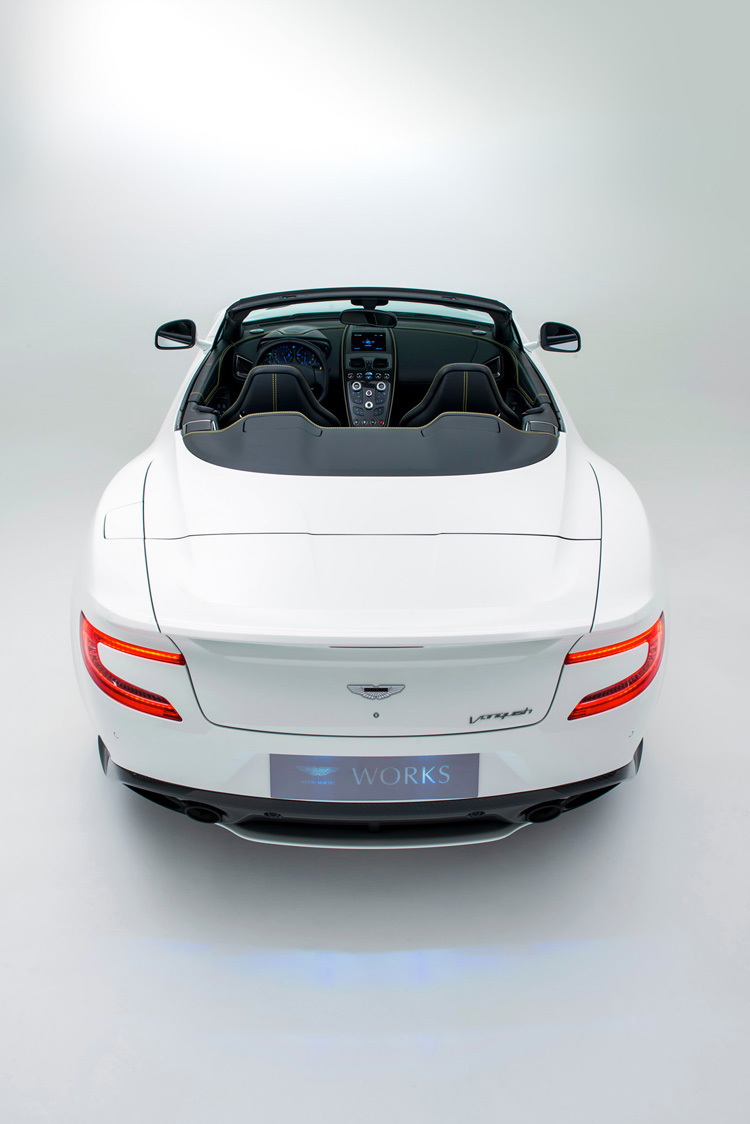 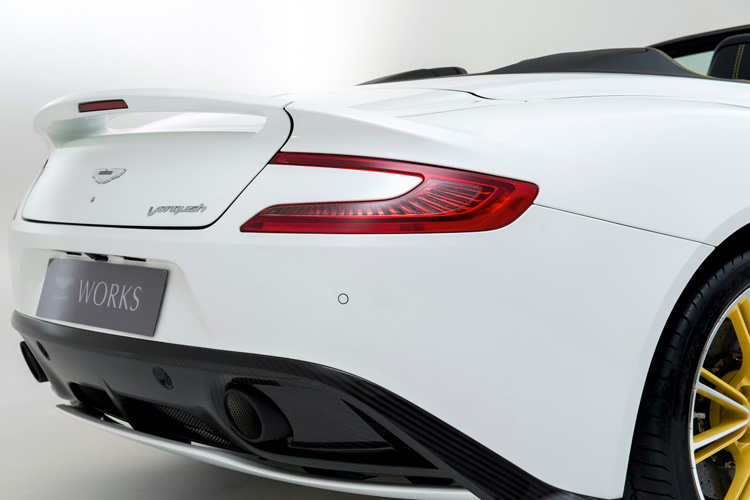 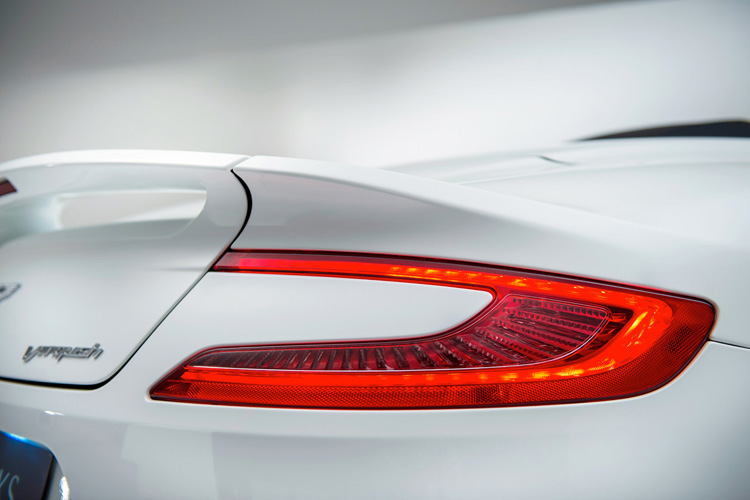 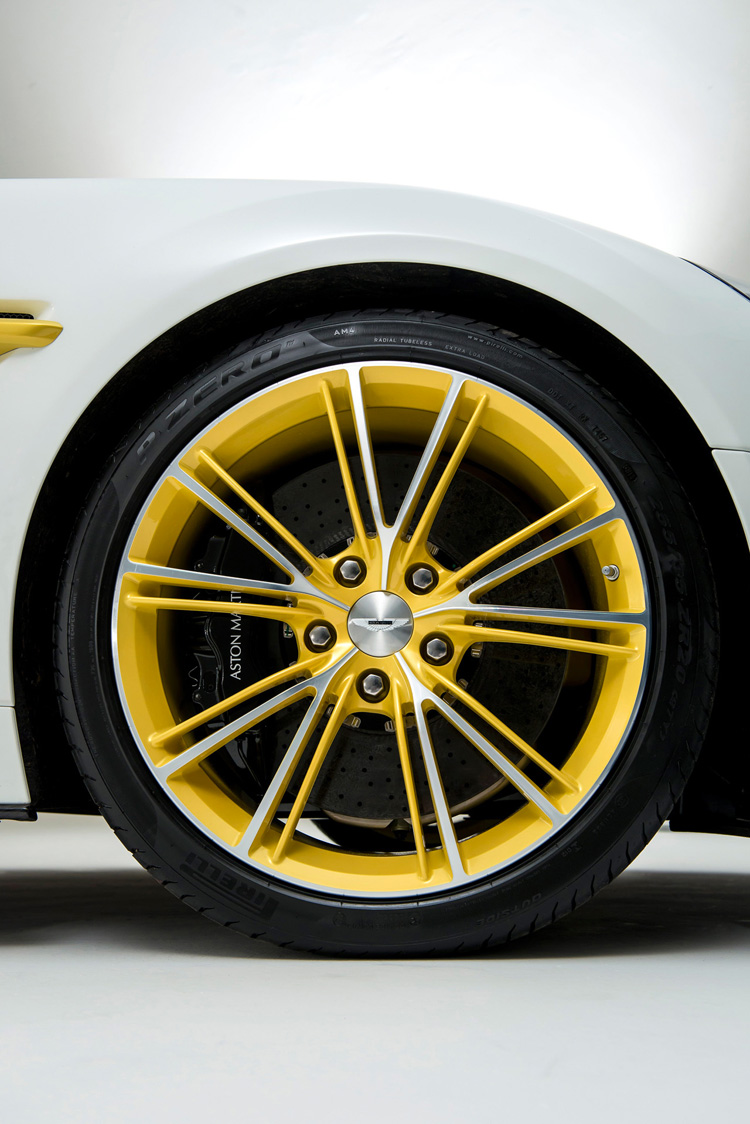 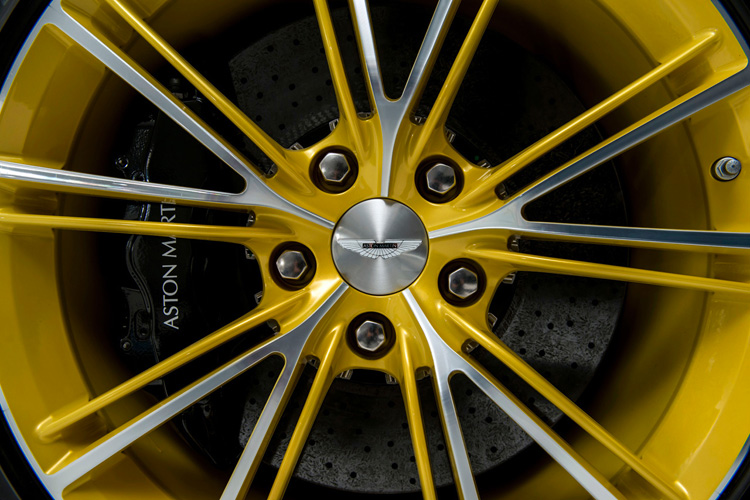 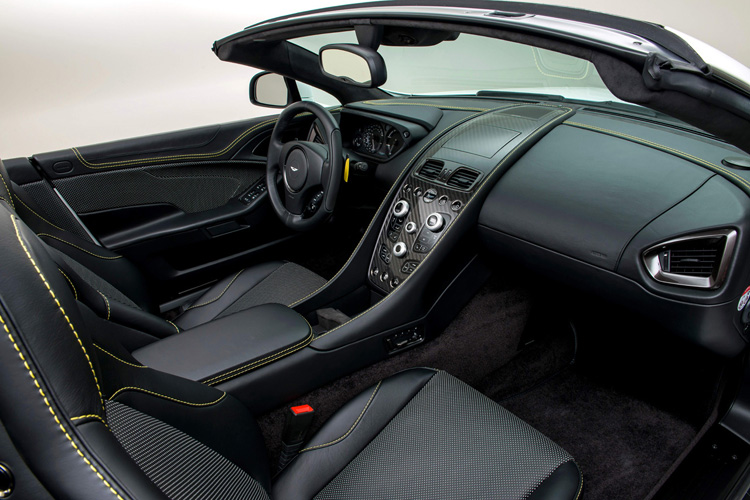 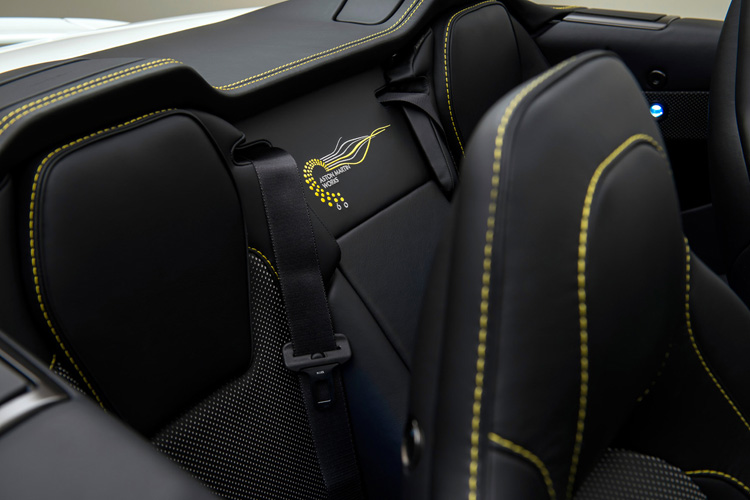 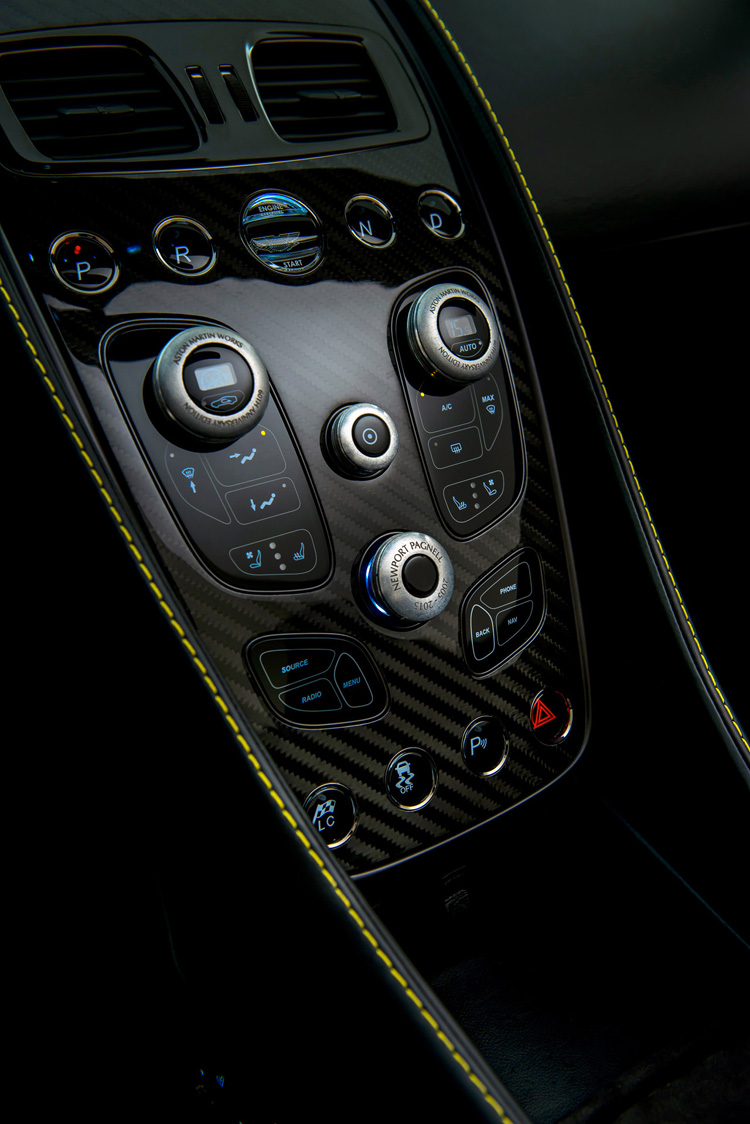 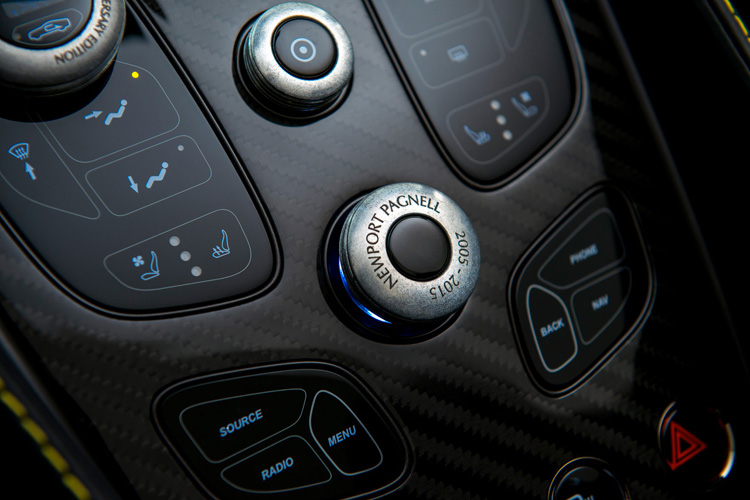 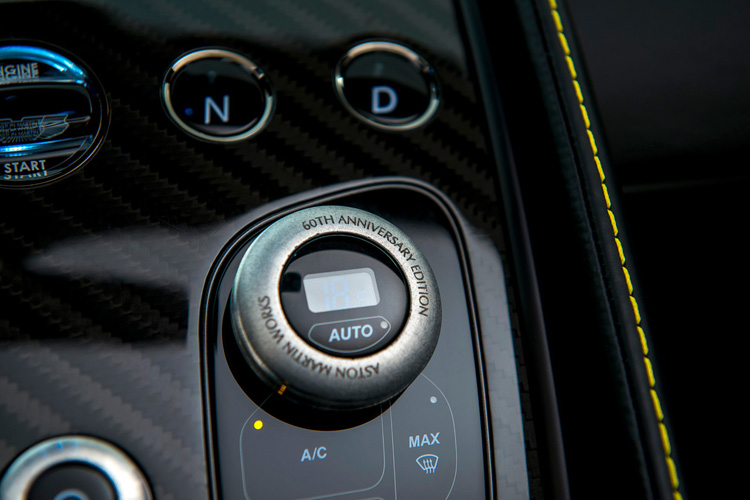 all images and video courtesy of ASTON MARTIN WORKS