Infiniti has set out to captivate the imagination and exhilaration of sports coupe fans with the stunning Q60 Coupe Concept. Premiered at the 2015 North American International Auto Show, the two-door concept hints at Infiniti’s next sports coupe. The show-stopping Q60 Concept is an original and bold reinterpretation of an elegant lifestyle 2+2 coupe.

Infiniti designers set out to create a sports car with a powerful road presence to match its top-notch performance. And the result is immediately obvious from the precise lines, sharp edges, striking dips in the body sides – all of which come together to give the Q60 Concept a formidable stance on the road. 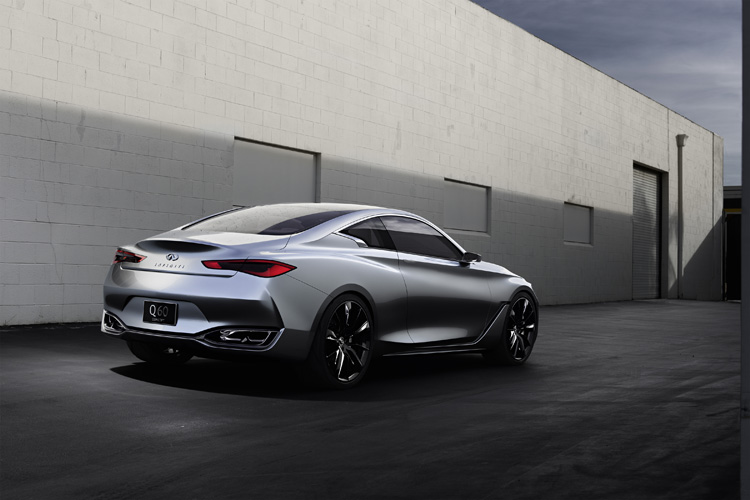 The character lines running the length of the car from the double arch grille to the aerodynamic tail spoiler gives the vehicle its assertive look from front to rear. On the sides, the shoulder dips in with such a striking depth that it amplifies the visual excitement of the cabin.

The designers also emphasized the wheels to give the Q60 Concept an athletic profile. Donning arresting spokes in matte blacks and high-gloss black chromes, the deep 21-inch wheels fill up the wheel arches and give the concept its domineering stance. 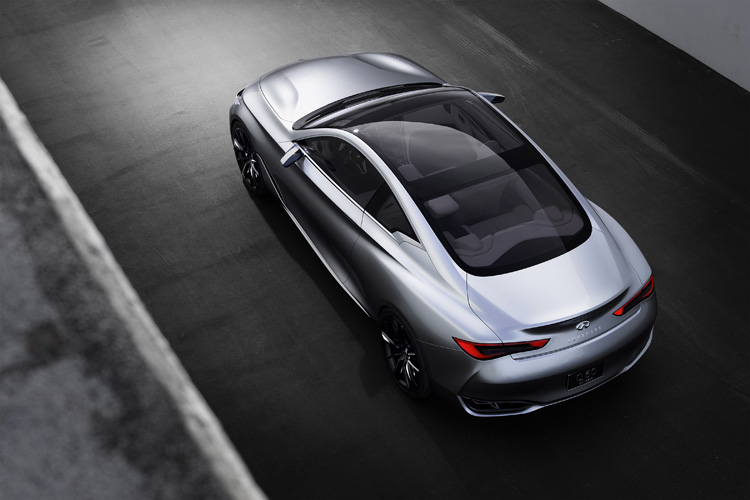 The same refinement on the outside extends into the smallest detail on the inside, evoking a premium atmosphere with three-dimensional textures and meticulous craftsmanship. Stitched by hand, the leather-wrapped instrument panel, steering wheel and door inserts all bear testament to bespoke finesse. Carbon fiber in the door accents also echoes the performance of the car. High-quality driver-oriented controls intuitively build driver confidence. 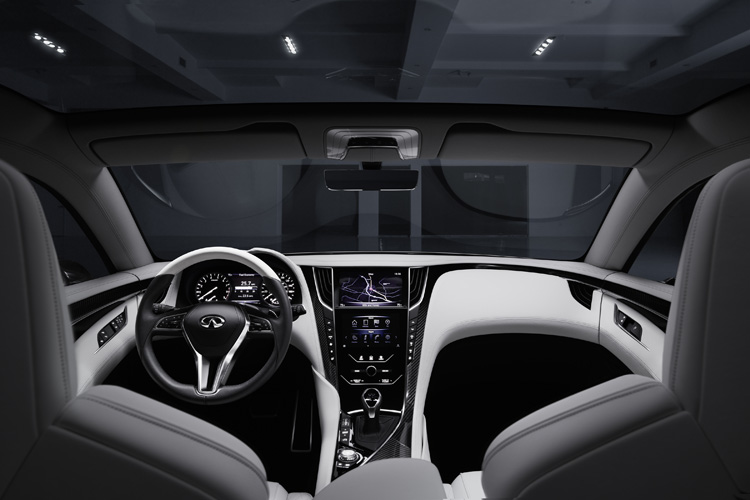 The Q60 Concept is expected to deliver exceptional performance befitting a true-blue sports car from the next-generation 3.0-liter V6 engine with direct injection and twin-turbocharging.

The Q60 Concept also showcases a host of ingenious technologies to not only enrich the driving experience but also provide an intuitive level of driving assistance where required. This is in line with Infiniti’s philosophy that technology should enhance the driver, not restrict them. 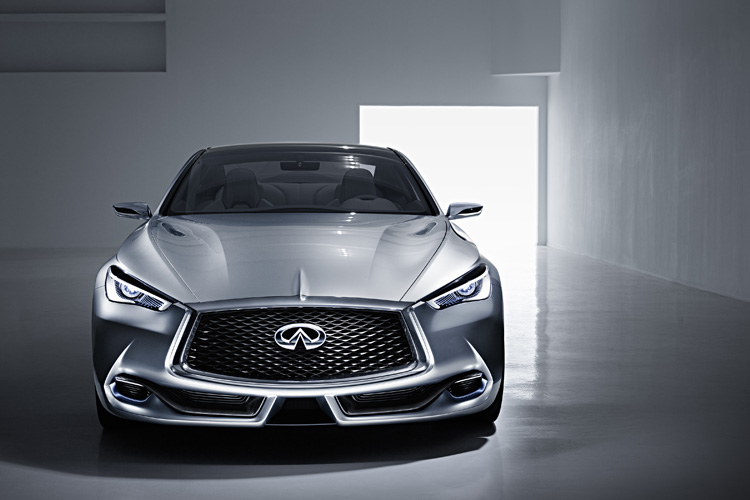 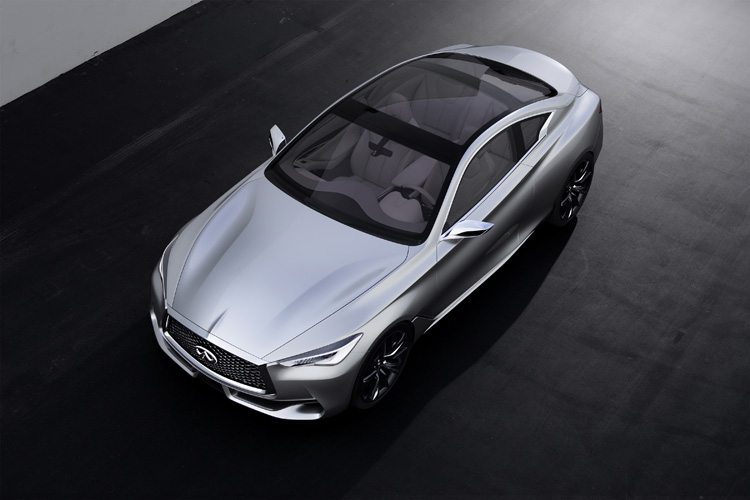 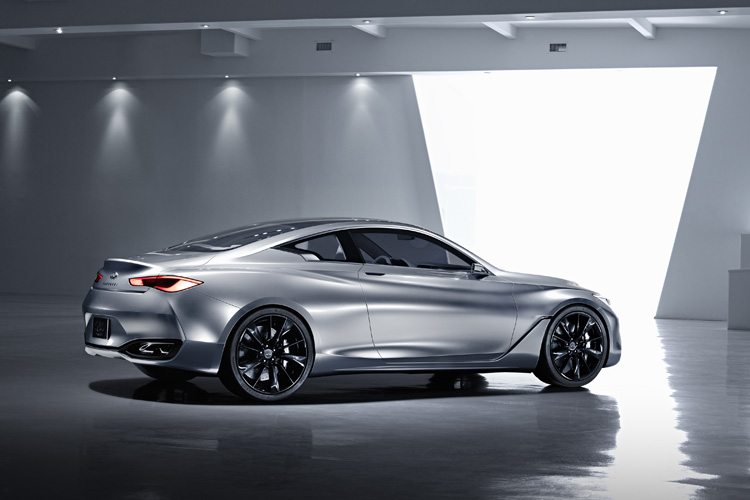 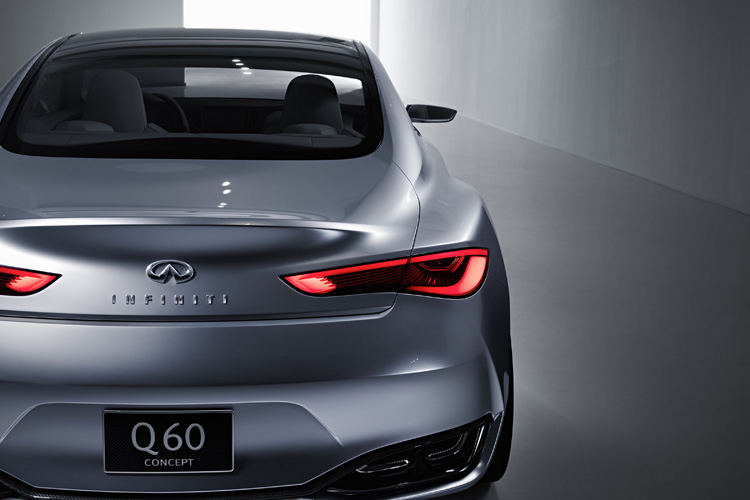 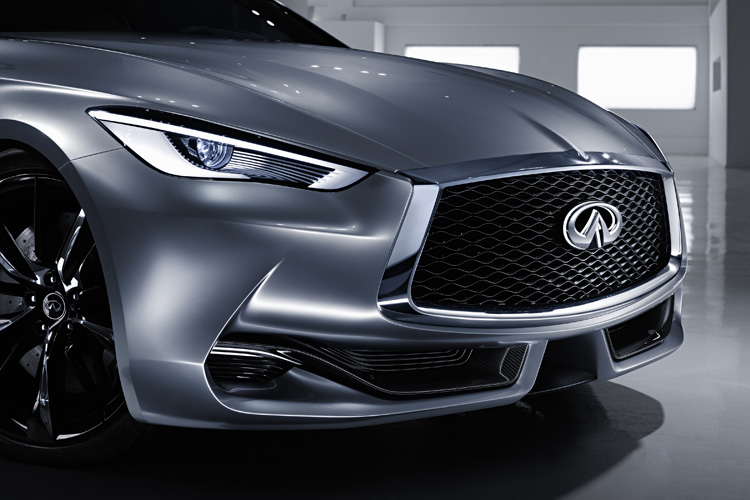 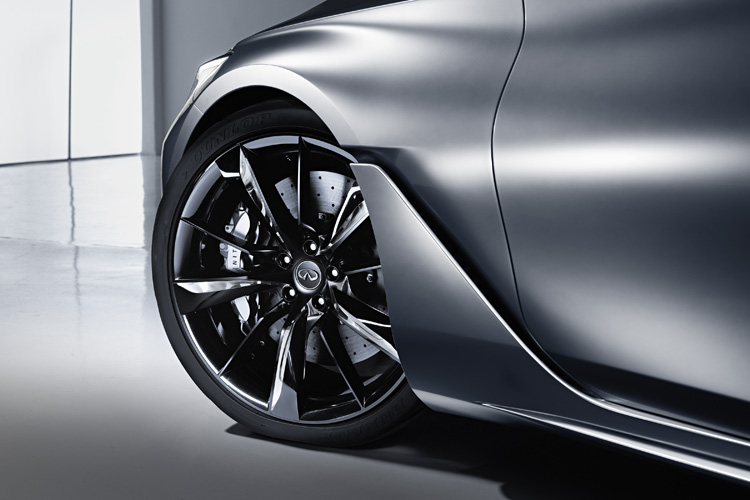 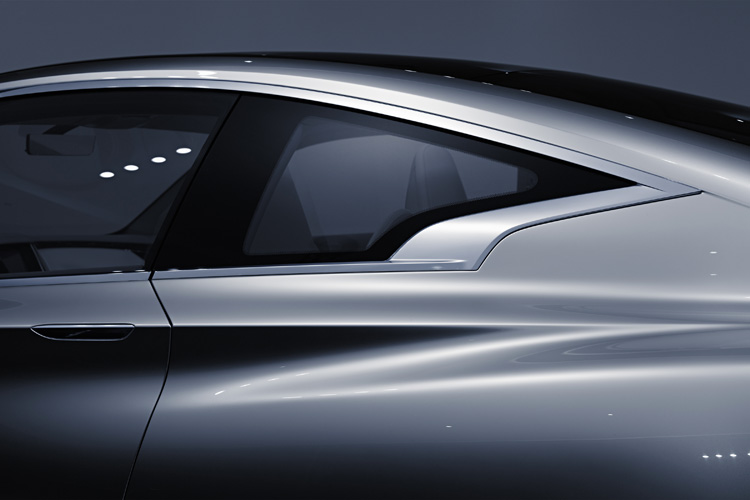 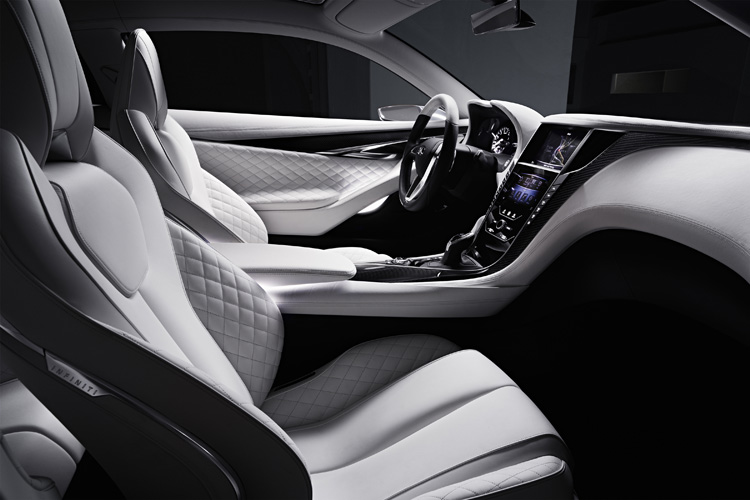 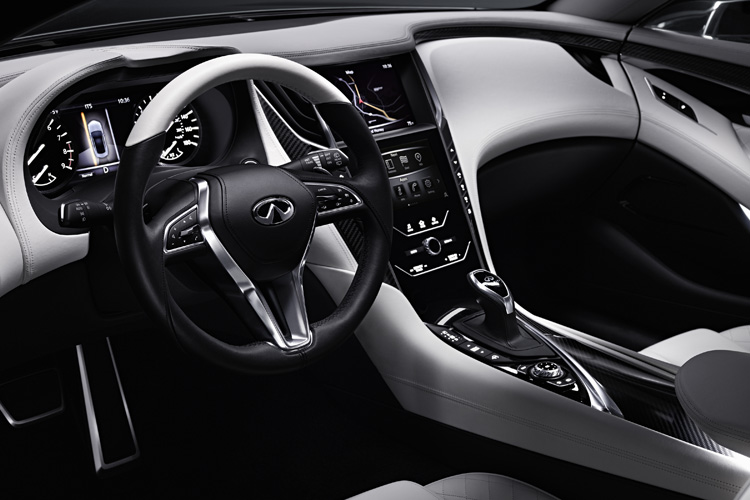 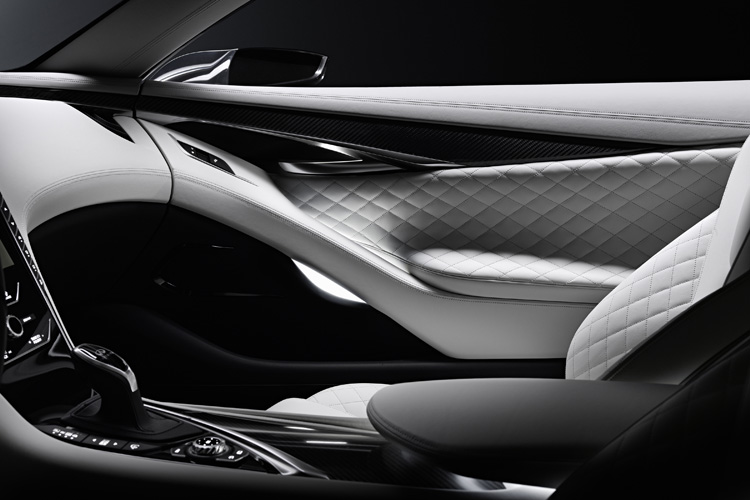 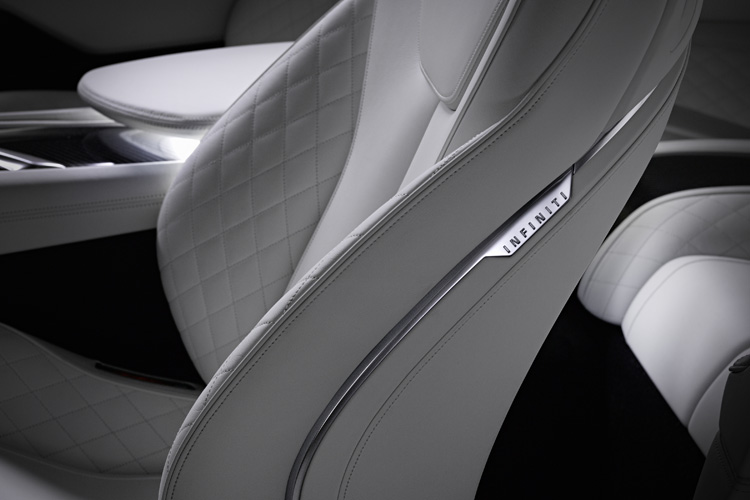 all images courtesy of INFINITI