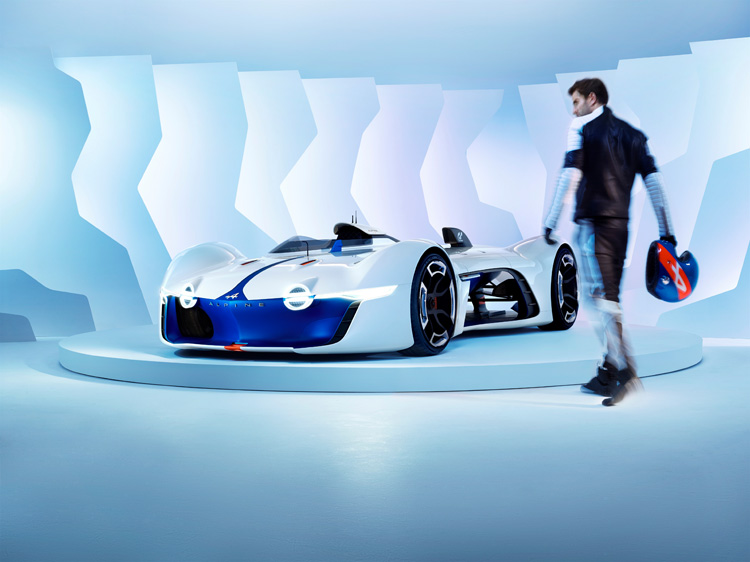 The key focuses of the concept car needed to be the rear end and the cockpit, simply because they are the most popular views in motor sport video games. Even so, our tour begins with the front of the car, which bears a striking resemblance to the A110. The sloping V-shaped bonnet is enhanced by a central crease and the cross-shaped LED lights recall the black tape that was used to protect the additional lights fitted to the Berlinette rally cars. These references to the past blend in seamlessly with an undeniably modern aerodynamic package that includes a splitter designed to channel airflow along the body sides. It also provides a glimpse of the suspension wishbones. Openings in the bonnet expose the orange struts which are located horizontally at the top of the chassis. 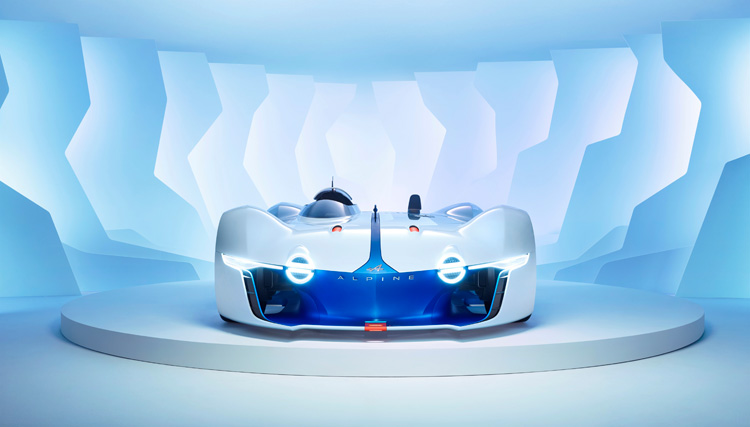 The car’s profile awakens other memories. Large air intakes direct the flow that escapes behind the front wheels and accentuate the narrow form of the body. Complementing the overall harmony, the long lateral rear fins call to mind the A210s and A220s which shone so brilliantly at Le Mans, achieving victory in the 24-hour race’s Efficiency Index class in 1966.

The wheels alone are eloquent of the fusion of present and past. The design of the rims – inspired by those fitted to the A110s – is sufficiently open to reveal the impressive brake callipers, painted in orange or blue, depending on the version. 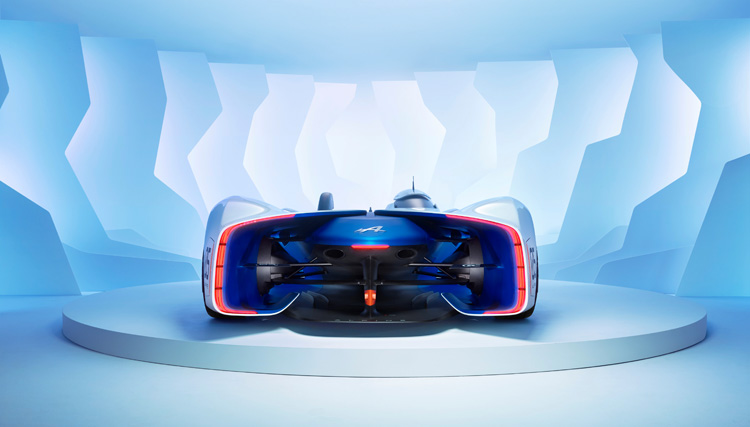 The appeal of Alpine Vision Gran Turismo is further enhanced by its open cockpit. The driver sits on the right, a design typical of sport-prototype cars given that the majority of circuits – not least of which Le Mans – run in a clockwise direction.

The roll cage is stylishly integrated, as is the engine air intake duct on the left-hand side. A butterfly door facilitates access, enabling the driver to slide on board. When it opens, it is possible to glimpse a little more of the work that has been carried out. The visible stitching of the leather seat is redolent of the famous cross pattern, complete with blue thread that brings a modern feel. The almost rectangular steering wheel, of the sort seen on the endurance racing prototypes, is crowned by digital instruments. Indispensable in fast-and-frenetic races, the rear view mirrors have been replaced by a high-definition camera. 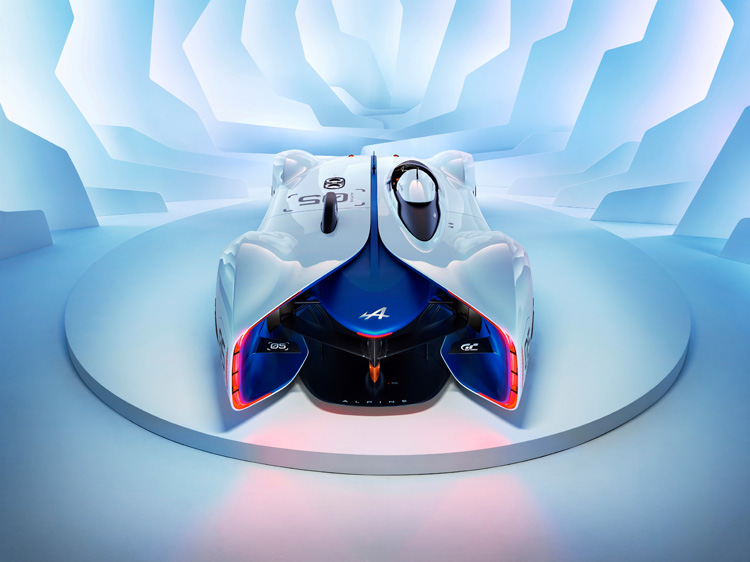 The rear-end design represents an unmistakeable highlight of the Alpine Vision Gran Turismo. The flat bottom that runs beneath the car terminates in arched form, while a lower wing links the wheel arches to the stern. As at the front, the bodywork exposes the double wishbone suspension. A second, beautifully integrated wing yields even more aerodynamic downforce.

The most striking characteristics of the Alpine Vision Gran Turismo become apparent under braking. Integrated into the profile of the tail, the hydraulically- activated airbrakes can be deployed in an instant, while at the same time revealing the brake lights.

The Alpine Vision Gran Turismo will be made available as part of a free update of Gran Turismo 6 for PlayStation 3 in March 2015. 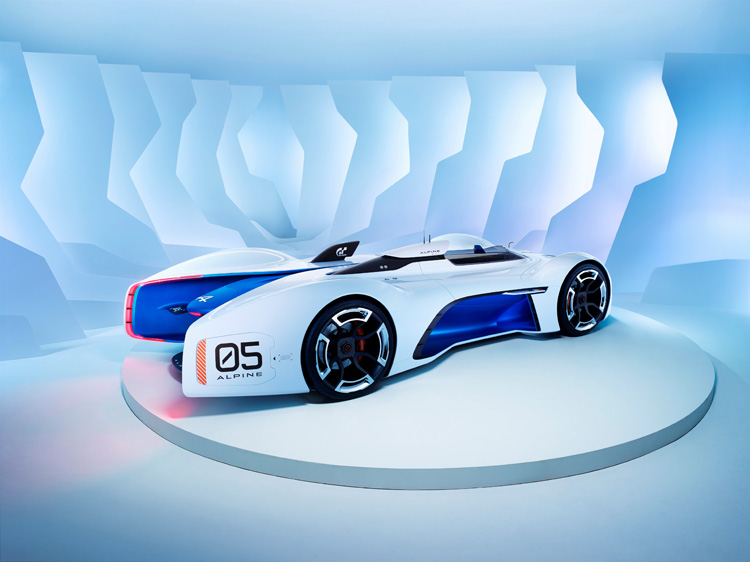 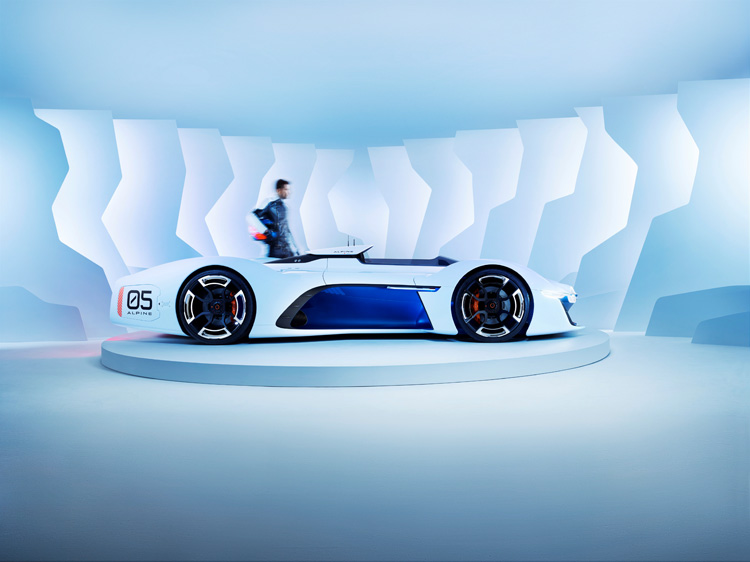 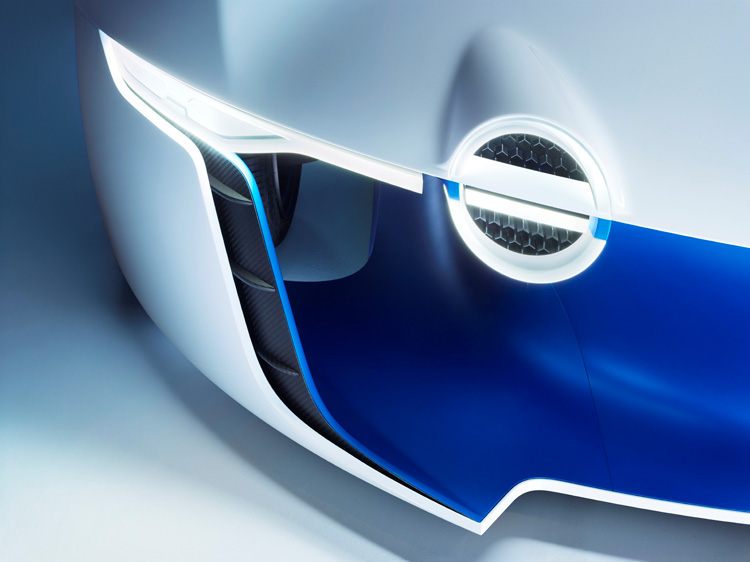 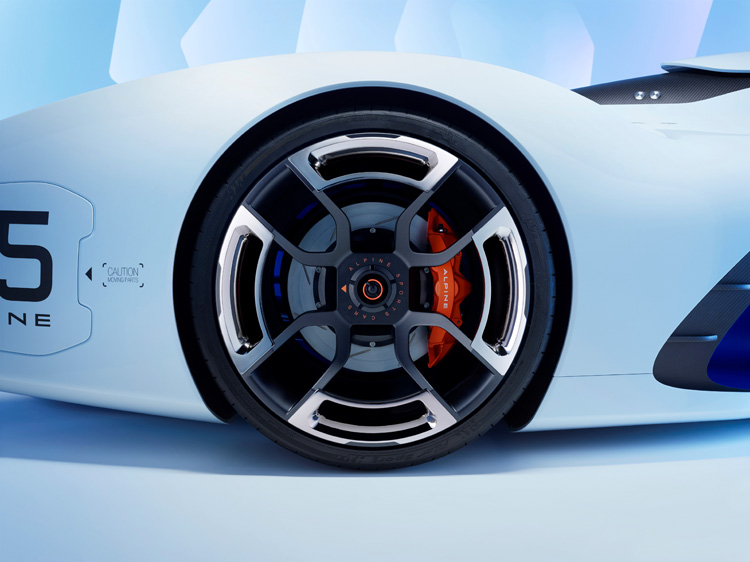 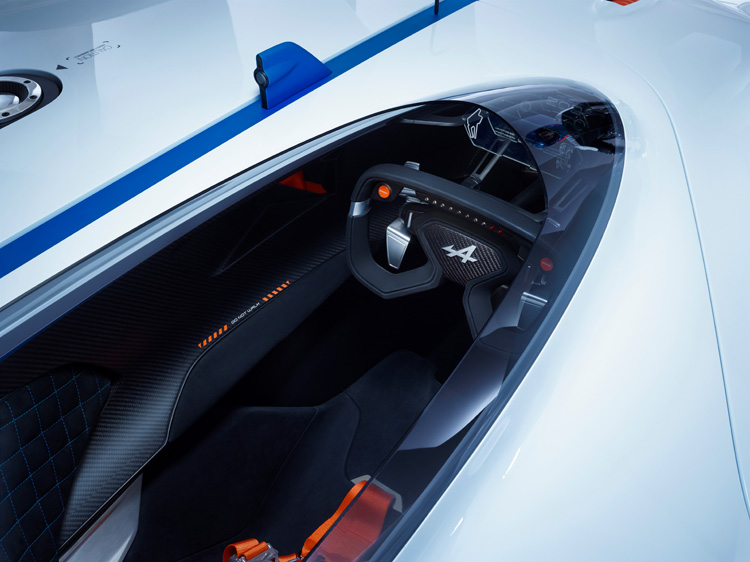 all images courtesy of RENAULT