Nissan has unveiled a Glow-In-The-Dark version of its electric car Leaf that features a paint coating that captures enough daylight energy in order to shine at night. The manufacturer worked with inventor, Hamish Scott, creator of STARPATH, which is a spray-applied coating that absorbs UV energy during the day so that it glows for between eight and 10 hours when the sun goes down. 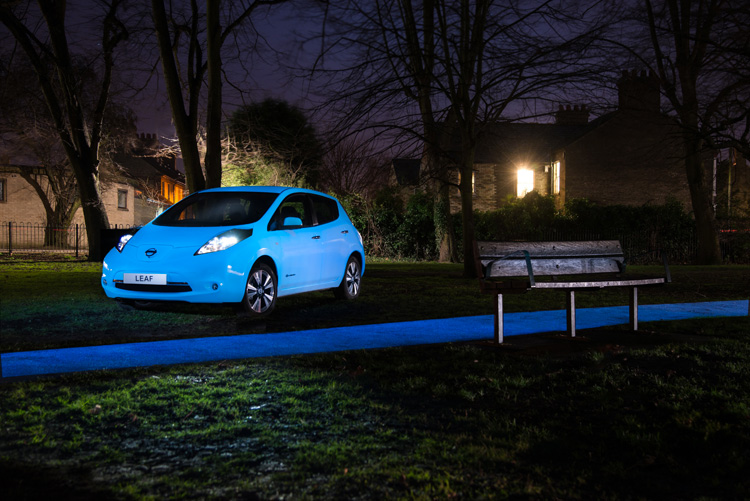 While glowing car paint is already available, as are glow-in-the-dark car wraps, the bespoke, ultraviolet-energized paint created especially for Nissan is unique thanks to its secret formula made up of entirely organic materials. It contains a very rare natural earth product called Strontium Aluminate, which is solid, odorless and chemically and biologically inert.

Various third-party companies have applied non-organic glow-in-the-dark paint to vehicles before, but Nissan is the first car maker to directly apply such technology. 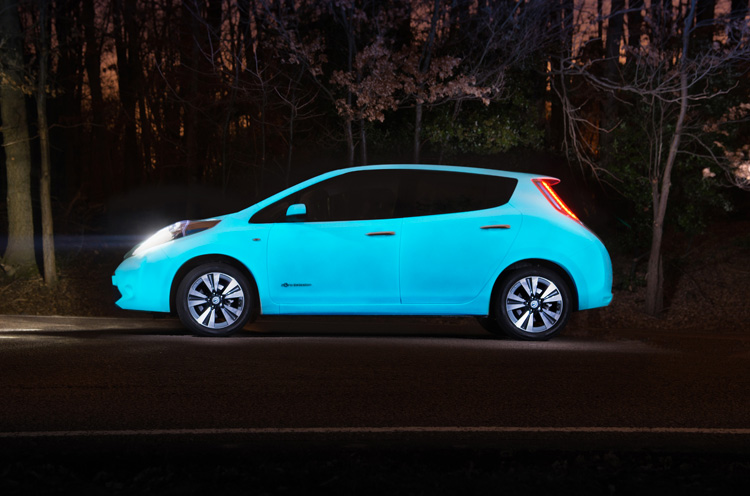 “The Nissan LEAF is a shining beacon of sustainability and the future of motoring,” said Nissan Motor GB Limited EV manager Paul O’Neill. “Not only is it saving our customers money in running costs, but it we are now seeing how it is helping people become more environmentally sensitive by reducing their carbon footprint.” 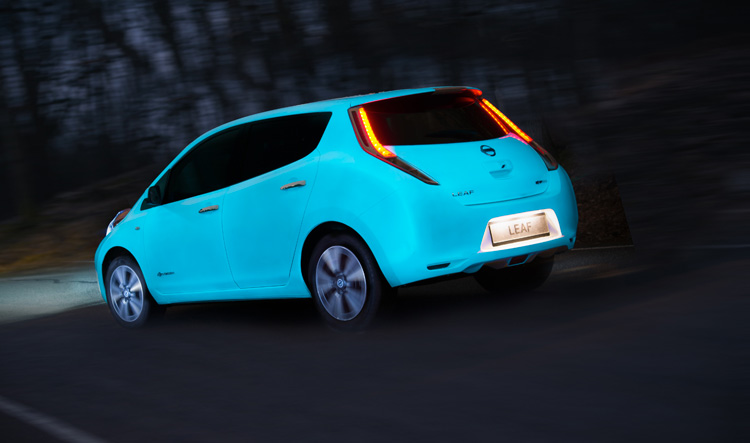 all images and video courtesy of NISSAN