The Mostro powered by Maserati is the latest creation of Italian coachbuilder Zagato which will be presented as a world premiere at the Concorso d’Eleganza Villa d’Este. The coachbuilt custom pays tribute to the 1957 Maserati 450 S – known as “il Mostro” for its monstrous power.

The chassis of the Mostro is made of a MonoCell of carbon fiber coupled to a mid-structure of steel tubes in order to create the cockpit, as well as a subframe that sustains the fuel tank, exhaust system, rear suspension and gearbox. 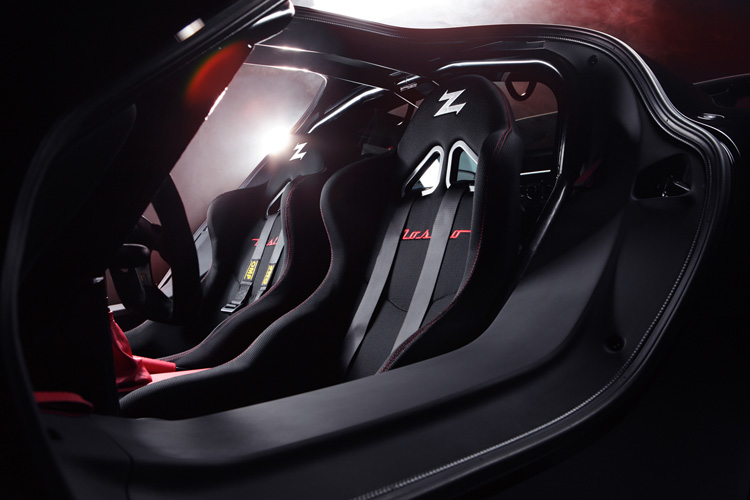 The central-front, V8 Maserati engine with dry-sump lubrication is equipped with a customizable, engine-management system. The engine is connected to the rear-positioned gearbox (a semi-automatic, six-speed transmission) and differential by a rigid tube (transaxle), which optimally distributes the weight of the car along the longitudinal axis. The front and rear suspension has a double wishbone architecture with a pushrod, spring/ shock absorber system. The Mostro is equipped with large disc brakes and 19″ alloy wheels.

Although designed for the track, the Mostro will be ready for street use as well. Set to unleashing 460 hp, with no more than 10 units to be built after its premiere, stay tuned for the Mostro to be officially unveiled at Villa d’Este, which runs between May 23-24. 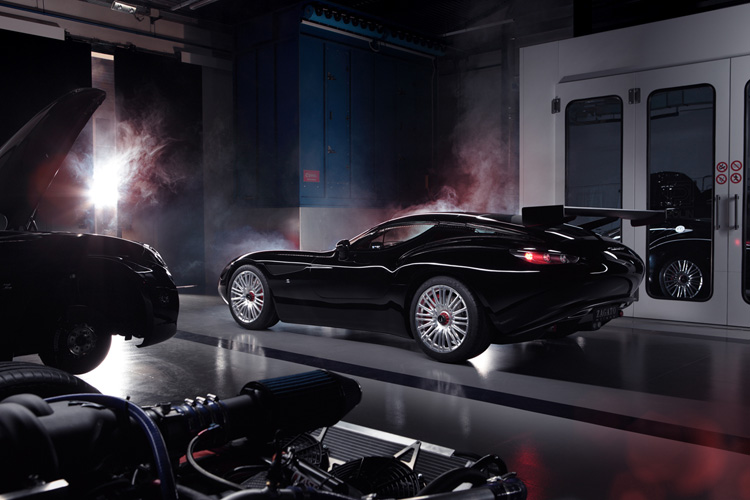 all images courtesy of Zagato