The much anticipated Oculus Rift has been officially unveiled alongside a gesture-driven hand controls called Oculus Touch, and is set to be released at the beginning of next year. The Rift uses custom display and optics technology designed specifically for VR featuring two AMOLED displays with low-persistence. The technology enables incredible visual clarity as you explore virtual worlds with the Rift. The headset is tracked by our IR LED constellation tracking system for precise, low latency 360-degree orientation and position tracking. 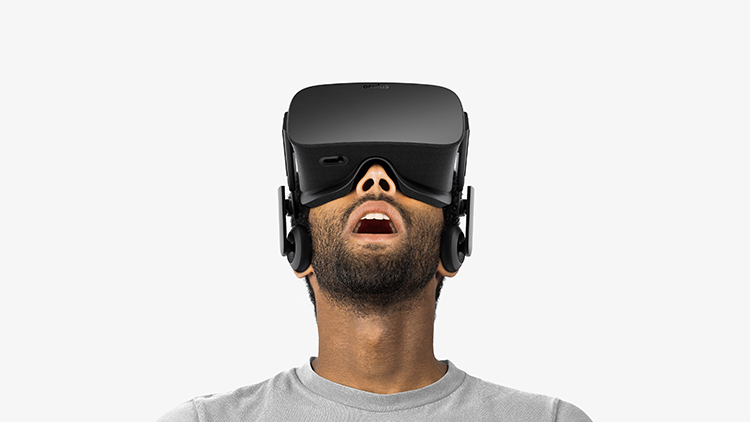 The Rift features an integrated VR audio system designed to convince your ears that you’re truly there. The integrated headphones are also removable in case you want to use your own. It also incorporates a high quality internal microphone for social experiences. 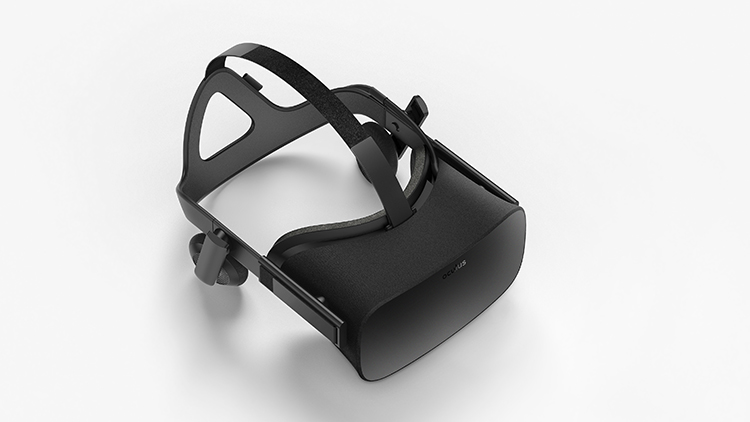 The Rift has an advanced ergonomic design improves the headset’s overall balance and stability. This strap architecture offloads the overall weight, allowing the Rift to rest comfortably. It’s as easy to put as slipping on a baseball cap. Once you’re in, simply adjust the straps to fit you.

Further, Rift features a mechanism that allows you to adjust the distance between the lenses for the most comfortable visual experience. You can also remove the facial interface to replace the soft foam, and developers have improved the form factor to better accommodate glasses. 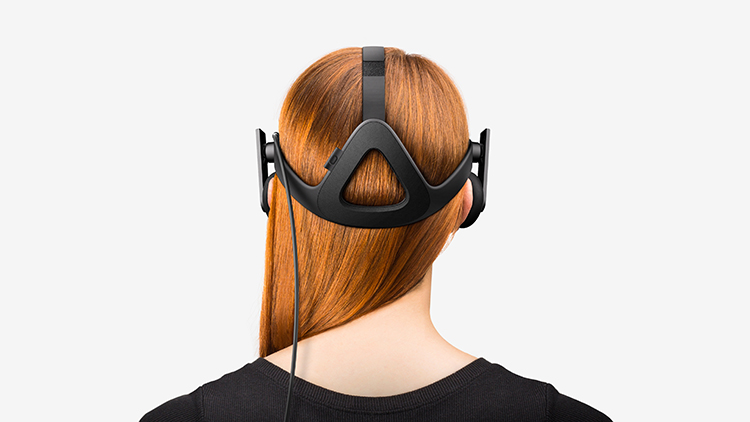 Oculus Touch is a pair of tracked controllers that deliver hand presence – the sensation of feeling as though your virtual hands are actually your own. Touch will let people take their virtual reality experiences further than ever before by unlocking new interactions.

There are two controllers, one for each hand called “Half Moon”. They’re mirror images of each other, like your own hands. Each Half Moon controller has a traditional analog thumbstick, two buttons, and an analog trigger. There’s also an input mechanism called the ‘hand trigger’. Imagine using this trigger to pick up a virtual gun, then using your index finger to fire it. 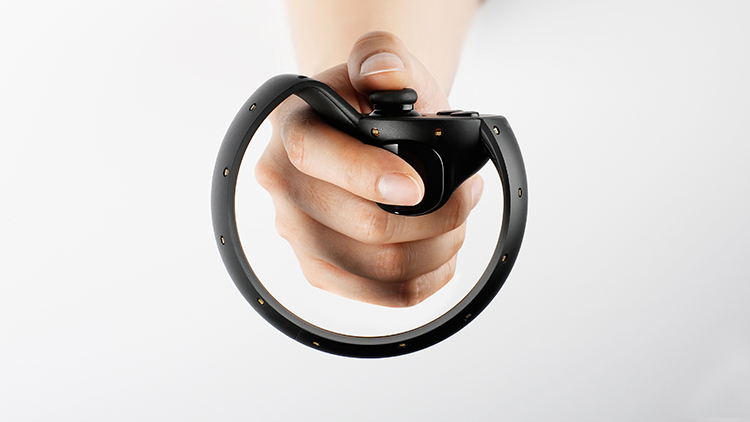 They’re wireless so that you can move and interact with the virtual world freely, and they use the same IR LED constellation tracking system we use in the Rift for precise, low-latency, 6-DOF tracking. The Half Moon prototype includes haptics that developers can use to deliver feedback when interacting with objects in the virtual world.

Finally, Half Moon can detect a set of finger poses using a matrix of sensors mounted throughout the device, which allows the controller to recognize a set of communicative hand poses like pointing, waving, and giving a thumbs-up.

all images and video courtesy of Oculus