Mercedes-Benz has introduced the all-new GLC-Class, a CUV that shares the handsome aesthetics of the C- and S-Class inside and out. The design philosophy behind the new GLC essentially favours sensual purity and a modern aesthetic over the classic off-road look. The dynamic design exudes emotional appeal while also employing purist forms. Surfaces embodying a degree of tension and precise lines cite the clear design line followed by all state-of-the-art SUVs from Mercedes-Benz.

The characteristic SUV front with a short, succinct overhang, upright, three-dimensional radiator grille with a twin louvre and centrally positioned brand star follows the successful new design line. Striking headlamps, optionally available as LED High Performance lamps, lend the GLC a self-confident look which is further emphasised by their distinctive night design. The bumpers with integrated underguard come in three variants: in addition to the base version there is a version optimised for off-road use with a larger angle of approach/departure, plus a particularly sporty AMG variant. 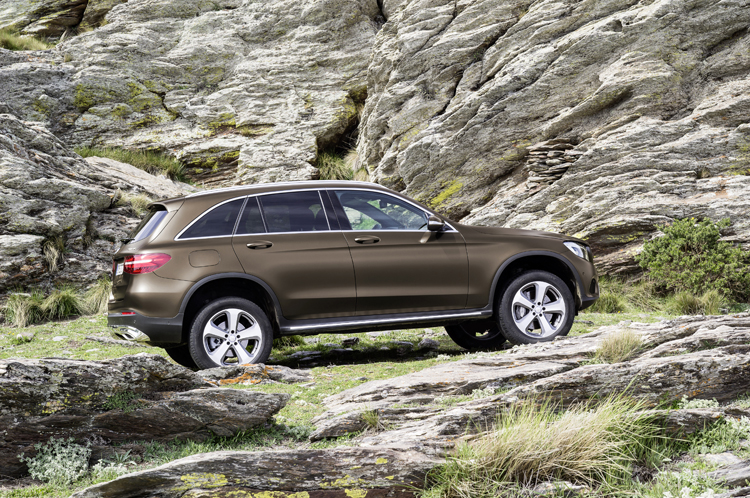 The side view showcases the almost coupé-like greenhouse, which together with the 118 millimetres larger wheelbase lends the GLC an elegant long profile. Matt black cladding in the wings, wheels up to a size of 20 inches and the optional side running board provide clear indications of the GLC’s off-road credentials.

The rear is characterised by the broad, muscular shoulders, the horizontal orientation of the contour lines and the split LED rear lamps featuring a distinctive night design. As on the front, the different bumper variants are available here as well. 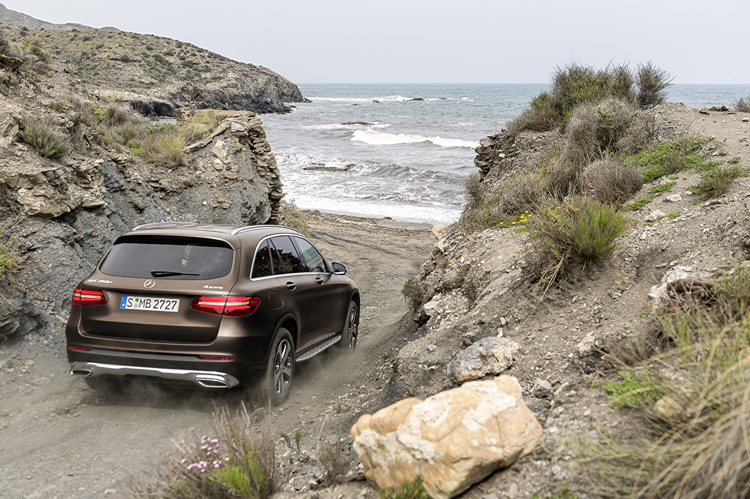 The paradigm shift in the area of design affects not only the outside appearance. A key focus of the totally new interior design is the dashboard and the centre console with its flowing lines, with a large, one-piece console panel performing an elegant sweep from the centre air vents to the armrest. These clear-cut lines create a feeling of open space and establish a purist, modern vibe.

The newly developed innovative touchpad in the handrest over the rotary pushbutton nestles ergonomically in the centre console. As on a smartphone, this provides for very simple and intuitive operation of all the head-unit functions using finger gestures. The touchpad also permits letters, numbers and special characters to be entered in handwriting. A centrally positioned media display is partially integrated above the centre console. Five round air outlets with metallic “cool touch” effect lend the dashboard a sporty air and create an interesting contrast to the warm look of the other materials. 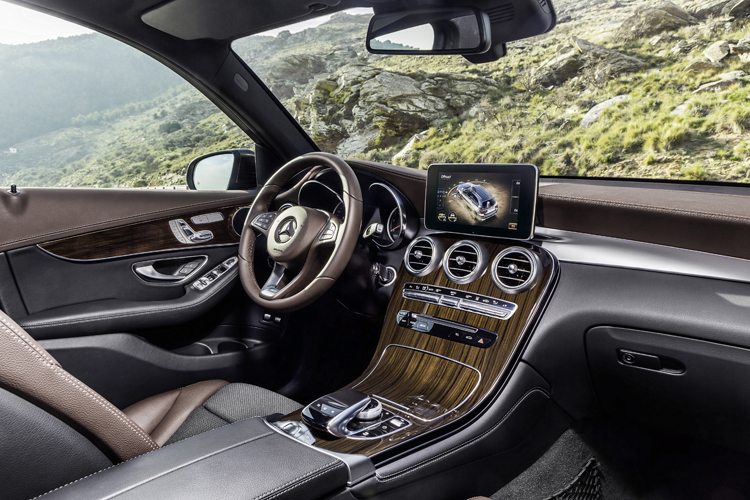 At the launch the new GLC will be offered in two versions for the US market, the GLC300 and GLC300 4Matic, with rear-wheel drive or all-wheel drive respectively. The all-wheel-drive system splits torque 45/55 front to rear.

Both versions come with a 2-liter four-cylinder turbocharged engine making 241 horsepower and 273 pound-feet of torque. That engine comes mated to a nine-speed automatic transmission. US sales for the 2016 Mercedes-Benz GLC-Class will kick off this November, with pricing to be announced closer to launch.

all images and video courtesy of Mercedes-Benz