Italian automaker Fiat has officially unveiled the new facelifted Fiat 500. The ‘great little car’ and emblem of mass motorisation in Italy, of which nearly 3.8 million were sold and which has become firmly established in collective imaginary, was introduced on this day in 1957. Fifty years later, in 2007, Fiat chose to capitalise on that heritage and drive into the future: the New Fiat 500 was born and it was an immediate success. 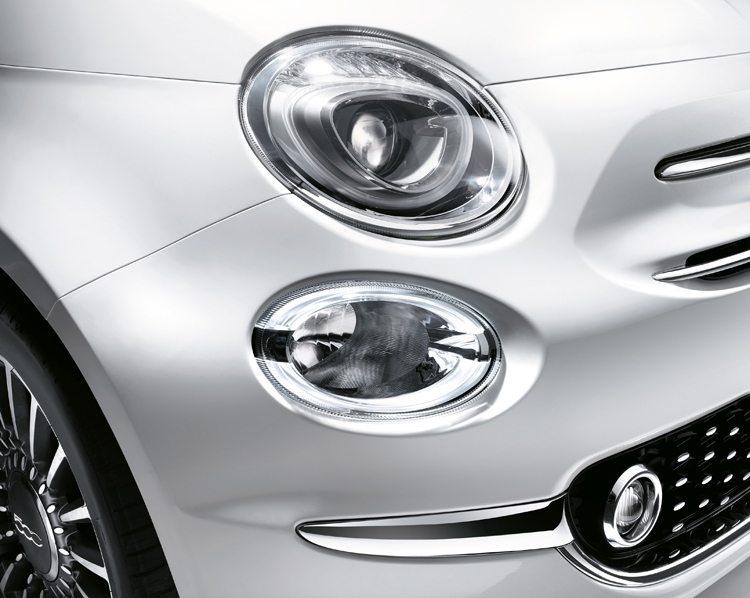 Eight years later, with over 1.5 million sold, the torch is being passed to the New Fiat 500 with which Fiat is preparing to take on new market challenges without forgetting its own deep roots. Made by the Centro Stile Fiat, the car has a refreshed exterior and interior design which is unmistakably 500 and even more attractive. It has not grown in size but it is packed with more technology, engine versions and customisation ideas: only in this way can the icon evolve and refine the features which have turned it into a masterpiece even further. 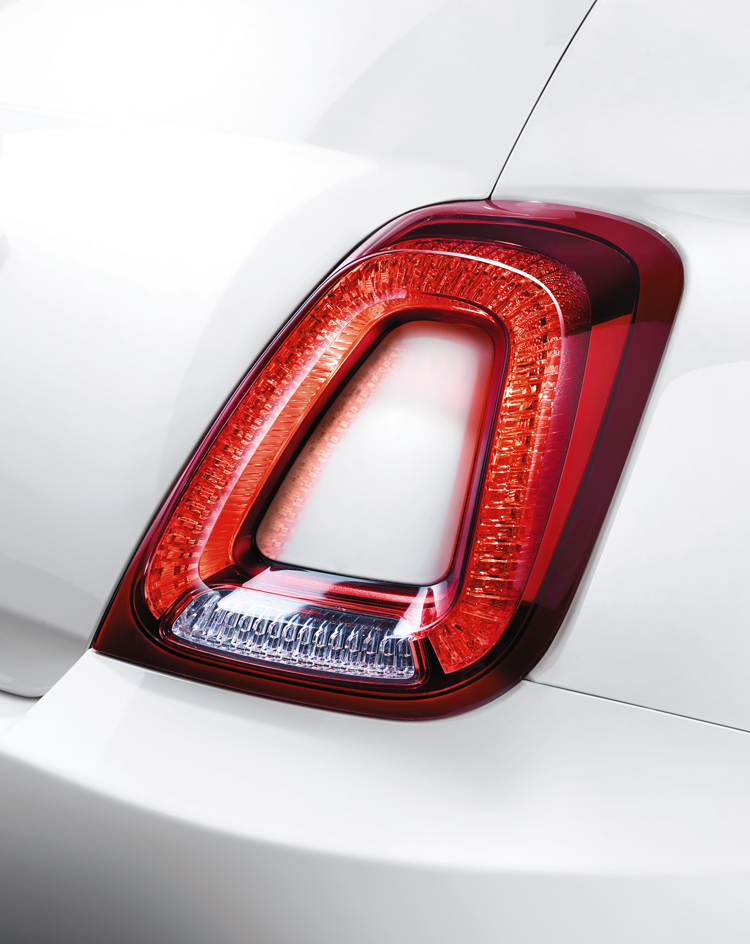 Fiat hasn’t messed with the resolutely retro formula too much, as exterior styling revisions are minimal. The main headlamps are redesigned with Xenon units an option, while the halogen daytime running lights are replaced with smarter LED units that integrates the main beam headlights, the daytime running lights and the LED side lights, which follow its circular profile. The effect graphically reproduces the zeros of 500.

A new dual-bar top grille also combines with a tweaked bumper and air intake.  At the back there are new LED lamps with a ring design, while the chrome bumper trim has been moved lower. Fiat has also extended the 500’s famously bold customisation options with a new bodywork wrapping option. 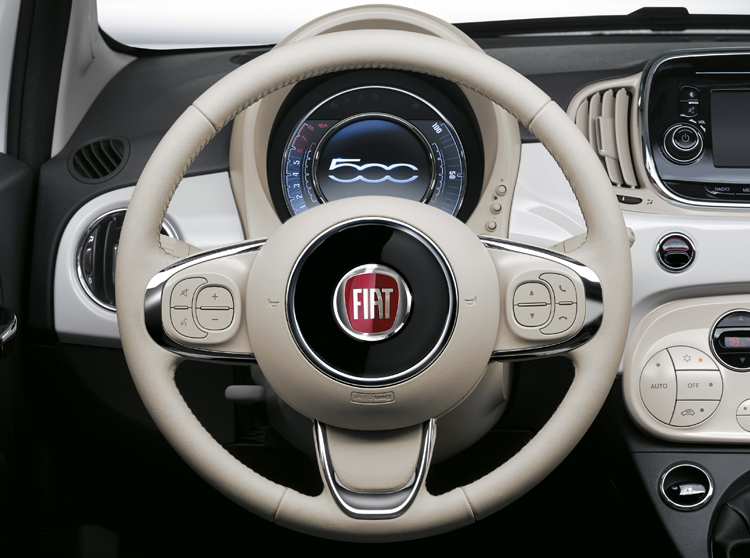 The interiors are all new, starting from the dashboard design: it now integrates the innovative Uconnect infotainment with a five or seven inches screen for outstanding visibility, which is harmoniously inserted in a carefully designed, ergonomic whole. Elsewhere in the cabin, there are more upmarket materials and new upholstery options, while seven airbags are now standard across the range. 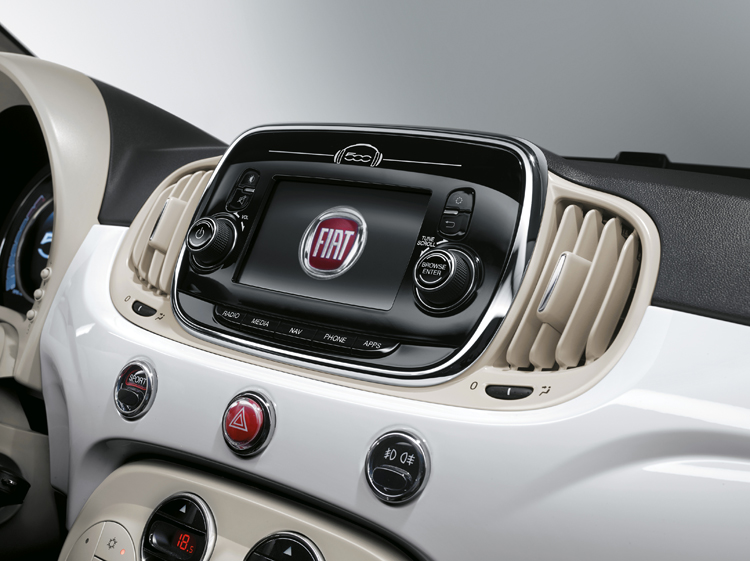 The New Fiat 500 fits brilliant but fuel-efficient engines which are even more environment-friendly, as demonstrated by the Euro 6 type-approval. Combined with five or six speed mechanical gearboxes or a Dualogic robotised transmission, the engines line-up available at launch include the 1.2 litre 69 hp, the TwinAir 85 hp or 105 hp and the two-cylinder 1.2 litre 69 hp EasyPower (LPG/petrol).

Full prices and specs for the new Fiat 500 range will be revealed closer to launch. 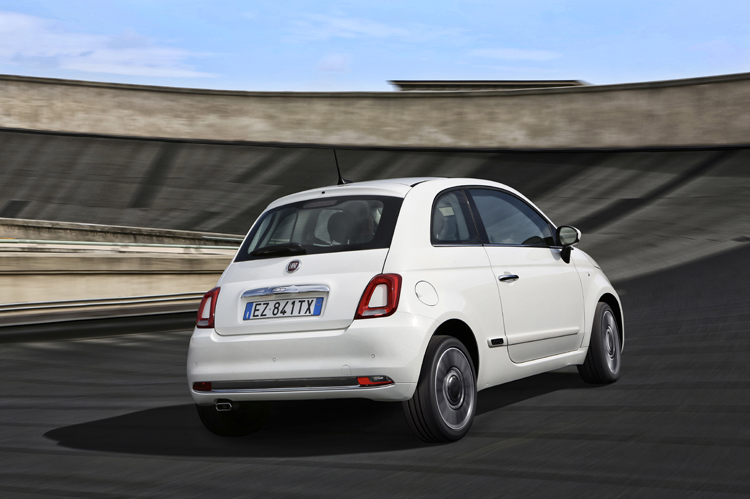 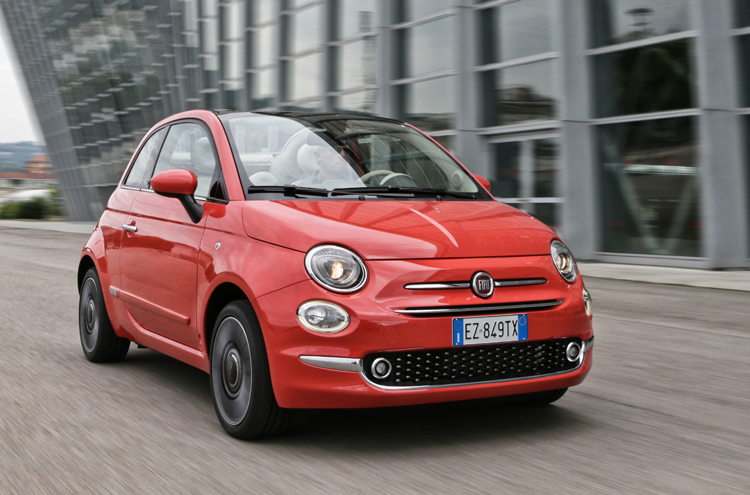 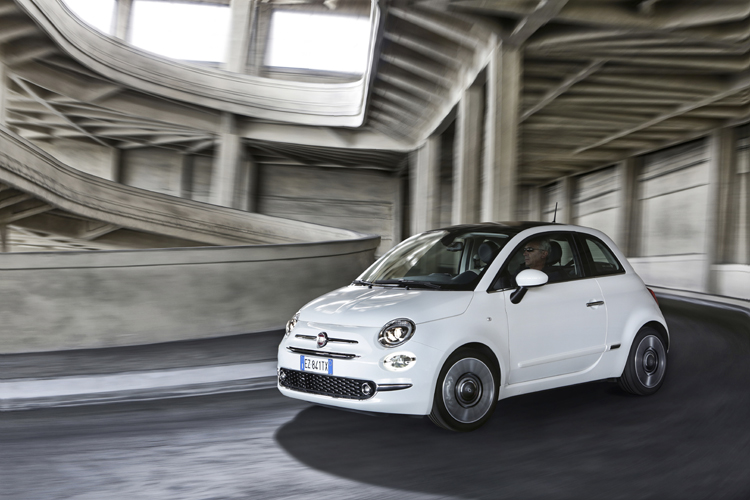 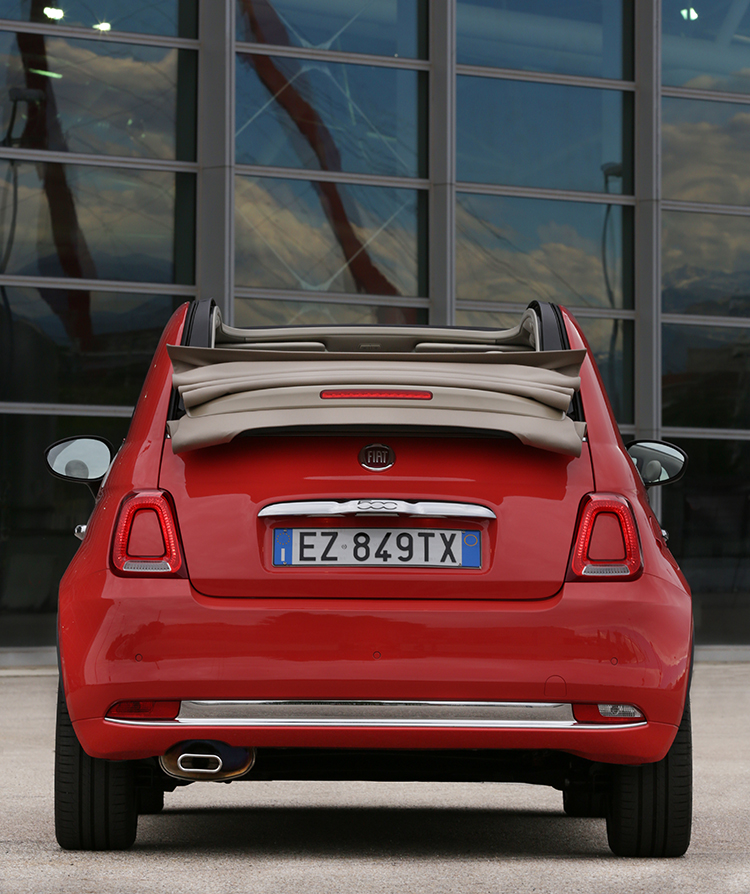 all images courtesy of FCA Group