In August every year car enthusiasts from all over the world gather for the Concours d’Elegance in Pebble Beach to immerse themselves in the fascination of both automotive treasures from years gone by and pioneering studies for times to come. BMW has come up with something very special this year with the world premiere of the BMW 3.0 CSL Hommage R – a car that celebrates both the 40th anniversary of BMW in North America and the heady racing success of the BMW 3.0 CSL in 1975.

Given the aim of achieving the best possible fusion of driver and car, the driver was the logical starting point for the design of the BMW 3.0 CSL Hommage R. For the seamless integration of the driver into the car, the designers extrapolated the principle of driver focus beyond the geometric form of the interior. In the BMW 3.0 CSL Hommage R, the idea of centring attention on the driver begins with his immediate surroundings. This new approach led the designers first to the driver’s helmet, race suit and seat before moving onto the lines and surfaces of the interior. 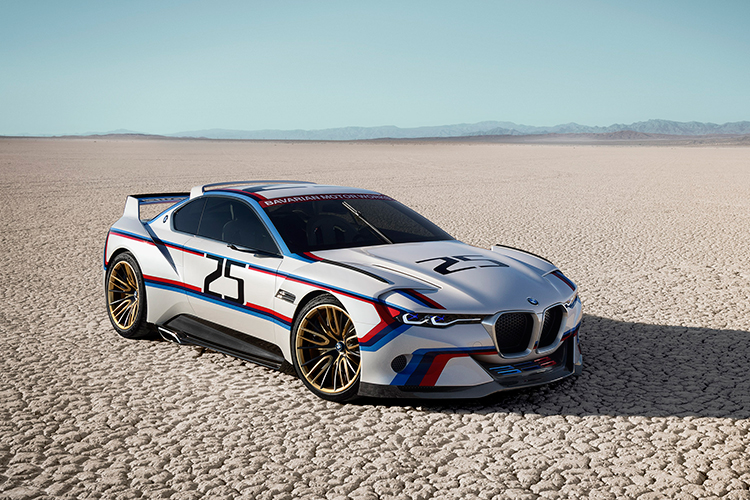 This way of doing things changes the nature of conventional interior functions. As the layer of interaction closest to the driver, the helmet visor assumes the functions of a display and projects situation-based information such as the car’s speed, gear engaged and engine revs into the driver’s direct field of view. 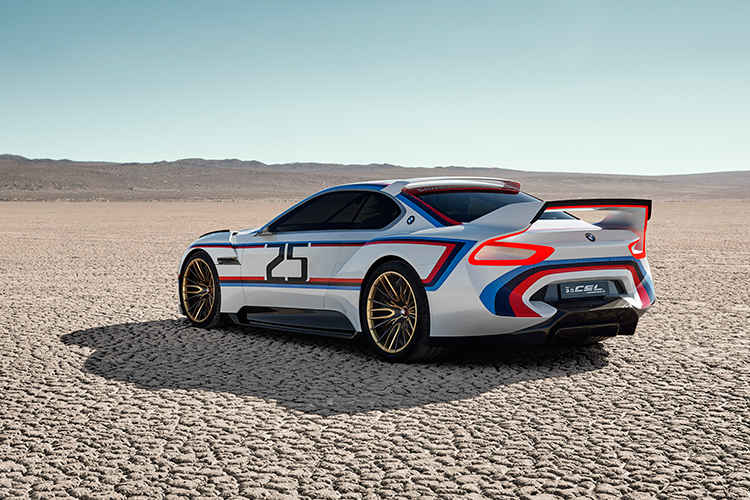 “Both inside and outside, the BMW 3.0 CSL Hommage R is primarily a reflection of its function,” explains Karim Habib, Head of Design BMW Automobiles. “The exterior and interior design is based around the requirements of motor sport as far as the car and driver are concerned; aerodynamics and driving dynamics on the one hand, the most direct connection between driver and machine on the other. In my view, that’s something the Hommage car expresses in a very emotional way. At the same time, all the details from the BMW 3.0 CSL are present in the Hommage model. And they are all there to be discovered in their original form. It’s a bow to the 1975 car.” 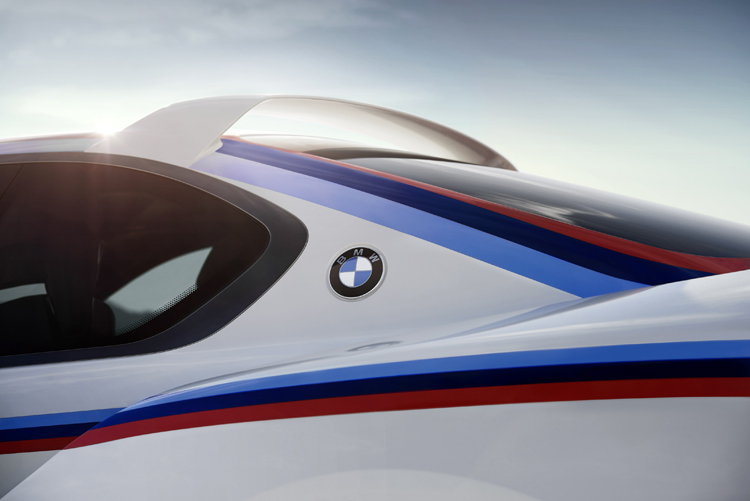 The exterior design of the BMW 3.0 CSL Hommage R is a pure expression of motor racing. The stretched body is framed by distinctive air deflectors, powerful wheel arches and a prominent rear spoiler, which likewise cite the successful IMSA racing version of the original BMW 3.0 CSL. Every detail of the Hommage car has its origins in the successful racing machine from 1975, but all have since been updated and integrated technically into a modern design language.

The colours and graphics used, not to mention the addition of a number 25, reference the extraordinary record of success notched up by the works BMW 3.0 CSL in 1975. Indeed, the BMW 3.0 CSL Hommage R even revives details such as the “Bavarian Motor Works” decals on the windscreen and rear window. Swathes of exposed carbon fibre spotlight the 1975 model’s commitment to lightweight construction and, as a cutting-edge material, bring it into the modern era. 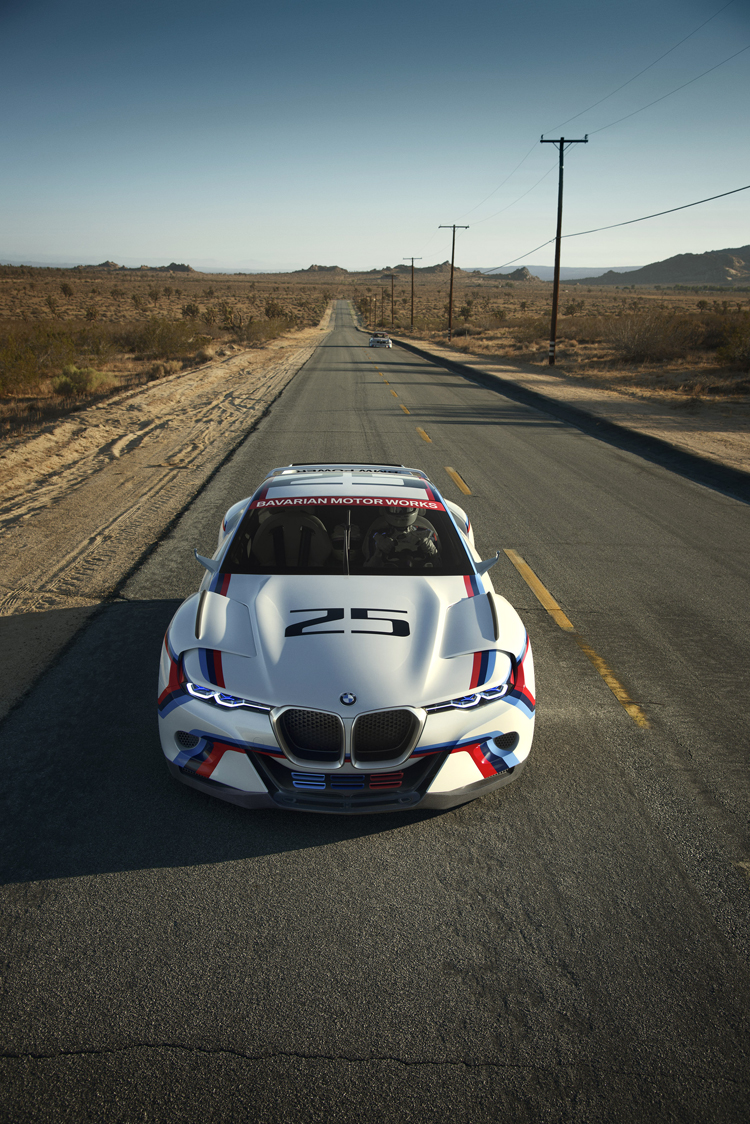 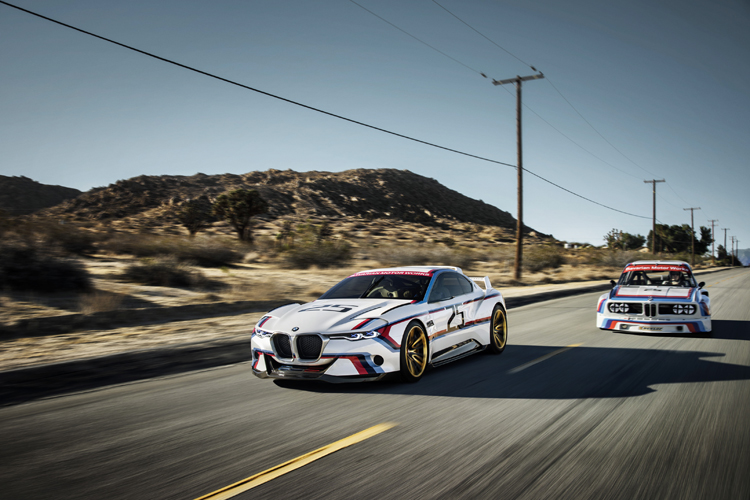 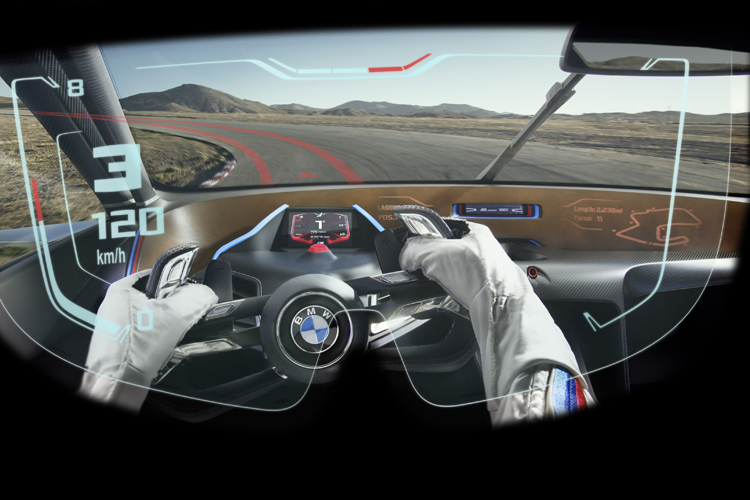 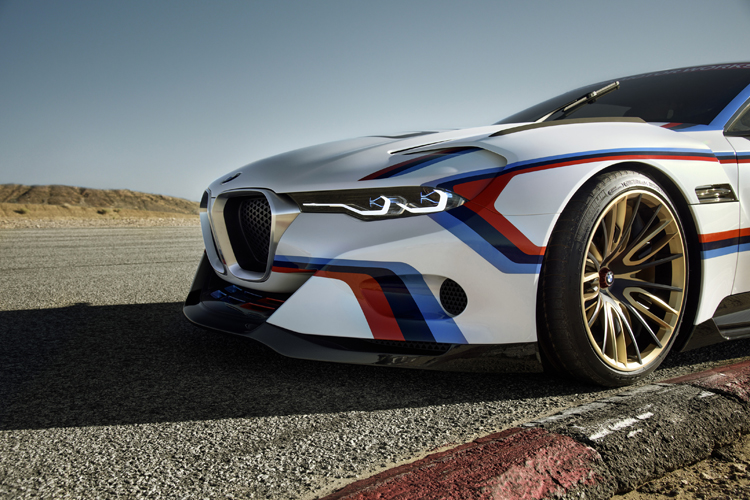 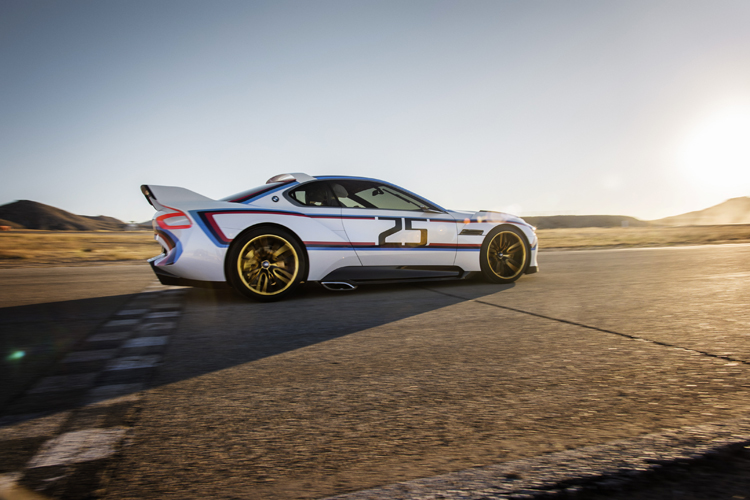 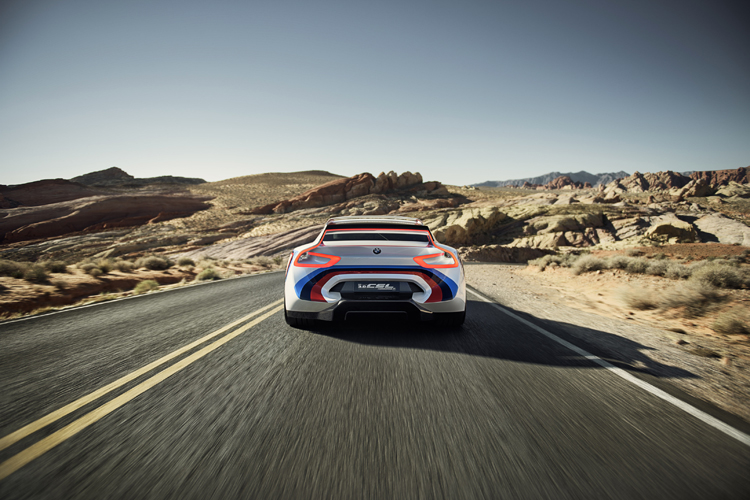