The Vision Tokyo is the latest spatial experience concept to come from Mercedes-Benz. Spatially efficient, versatile and intelligently connected, the Vision Tokyo – which is also capable of driving autonomously – is an urban transformer that reflects the growing youthfulness of the Mercedes-Benz brand. Hot on the heels of the F 015 Luxury in Motion autonomously driving luxury saloon comes the Vision Tokyo, with which Mercedes-Benz aims to show how the car of the future can be turned into a hip living space – a chill-out zone in the midst of megacity traffic mayhem.

The Vision Tokyo is a homage to the urban Generation Z, the cohort of people born since 1995 who have grown up with the new media. The role of the vehicle has changed for this global generation: it is no longer simply a means of getting around, but a digital, automobile companion. 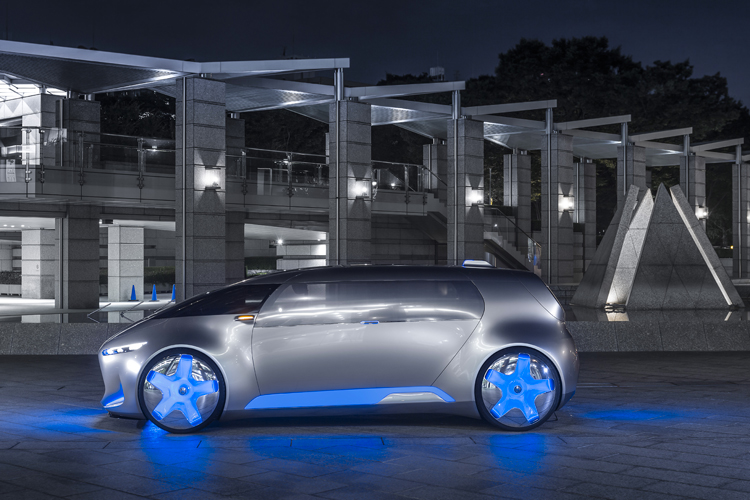 The spaciousness of the Vision Tokyo marks a new conceptual approach for Mercedes-Benz Cars. These proportions are emphasised by the monochrome Alubeam paintwork and by side windows screen-printed in the colour of the vehicle. These give the vehicle’s occupants privacy, while at the same time allowing sufficient light to penetrate into the interior and an unimpeded view out. 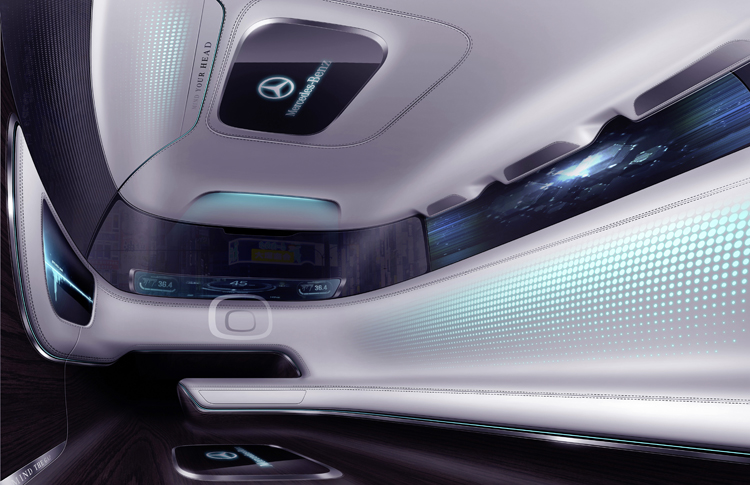 Surfaces and lines illuminated in blue – among them the 26-inch wheels and the side skirts – provide unexpected colour highlights and are indicative of the concept car’s emission-free electric drive system. A pointer to the potential for autonomous operation and the comprehensive system of vehicle environment sensors that this requires, including a 360-degree camera, is provided by the fin on the vehicle roof. 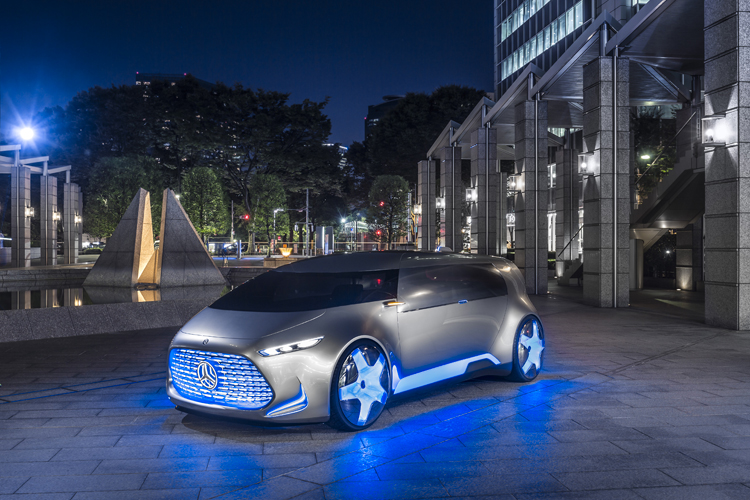 Instead of a conventional windscreen, the Vision Tokyo features a continuous stretch of glass panelling – similar to the glazed cockpit of a powerboat. As was the case with the AMG Vision Gran Turismo, the front headlamps are set well to either side and at an angle. The area across the front of the vehicle can be used to display a series of different lighting functions. If music is playing inside the vehicle the display will, for example, visualise a sound pattern, rather like a sound analyser. The rear window is set into a surrounding ring of red LED cubes, which gives it visual depth.

The conventional seating arrangement in rows is thus redundant, while there is also no “front” or “back” here: passengers take their seats instead on a large, oval-shaped couch. This unique lounge-style arrangement allows everyone on board to enjoy the benefits of autonomous driving. 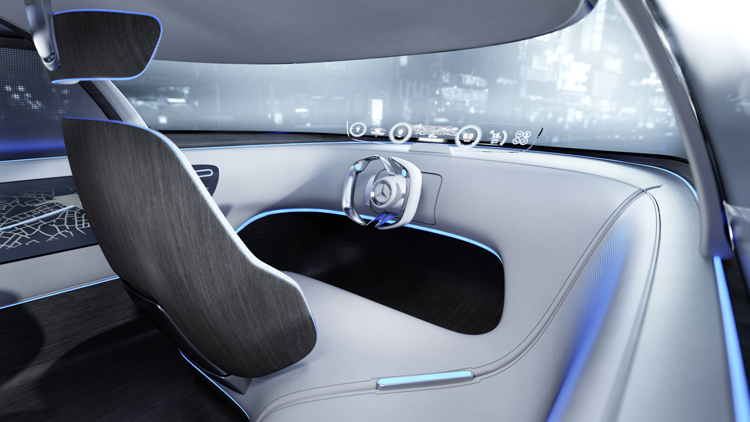 Behind the passengers are large wraparound LED screens. The perforated seats are back-lit, giving rise to a high-tech ambience that presents an intentional contrast to the soft surface finish of the pale leather. Apps, maps and displays emanating from the entertainment system are presented as three-dimensional holograms within the interior space. 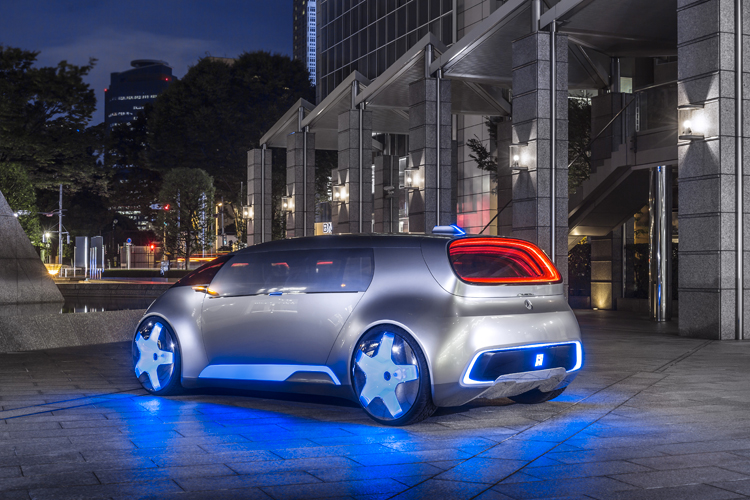 Should there be a requirement for the Vision Tokyo to be controlled manually rather than it driving autonomously, a seat facing in the direction of travel can be released from the centre of the couch at the front, rather like the “jump seat” in an aircraft cockpit. The steering wheel, too, is then moved from its standby position into driving position. 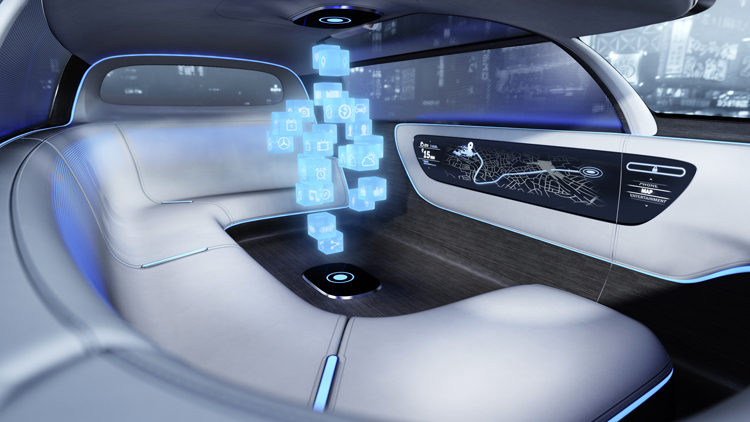 The body shell of the Vision Tokyo has been designed to allow the crash protect integration of a fuel cell-powered elective drive system. It combines a plug-in hybrid with a compact high voltage battery that can be charged con-tactlessly via induction. The electric system has a total range of 980 kilometers, with an option of 190 kilometers solely on battery power.

all images and video courtesy of Mercedes-Benz