Land Rover has unveiled the world’s first luxury compact SUV convertible, the new Range Rover Evoque Convertible, that combines the bold design of the iconic Evoque with a sophisticated folding roof to create a no compromise, all-season convertible.

As the fifth member of the Range Rover family – and the first ever convertible – the highly desirable new model combines traditional Range Rover luxury with a distinctive four-seat design and versatile storage.

Evoque Convertible’s eye-catching exterior design is made possible by a sophisticated fabric roof shaped to create a crisply defined silhouette that remains faithful to the original design. Its Z-fold mechanism lays flush with the rear bodywork for a sleek, uncluttered appearance when lowered.

The fully-automated roof stows in 18 seconds, and can be raised in 21 seconds, at speeds up to 30mph. When closed it provides high standards of refinement with a layer of acoustic insulation ensuring interior comfort on a par with five-door Evoque. In addition, the position of the roof doesn’t affect loadspace, with a generous 251-litre boot offering unrivalled practicality for a convertible.

At the heart of the high-class cabin is an all-new, high-resolution 10.2-inch touchscreen with Jaguar Land Rover’s next-generation infotainment system, InControl Touch Pro, which debuts in a Land Rover. Raising the standard of connectivity for the brand, the highly-responsive and super-fast InControl Touch Pro offers seamless smartphone integration, door-to-door navigation, 3G connectivity and a premium sound system.

Safety hasn’t been overlooked with a Roll-Over Protection Device featuring deployable roll-over bars hidden in the rear bodywork. It deploys two aluminium bars within 90 milliseconds in the unlikely event of a roll-over situation to create a survival space for occupants. 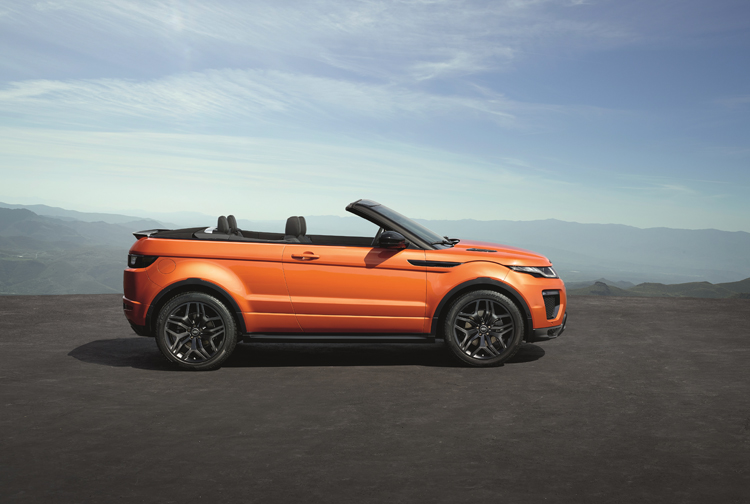 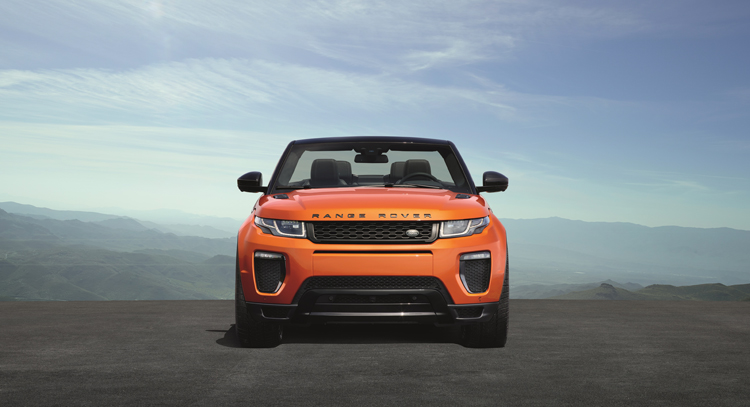 The Evoque convertible goes on sale in the middle of next year in two trims, SE Dynamic and HSE Dynamic, and will start at $51,470 USD. 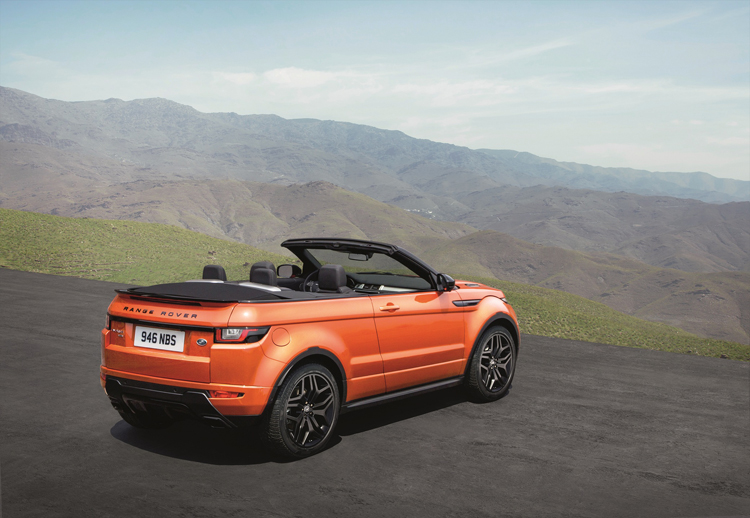 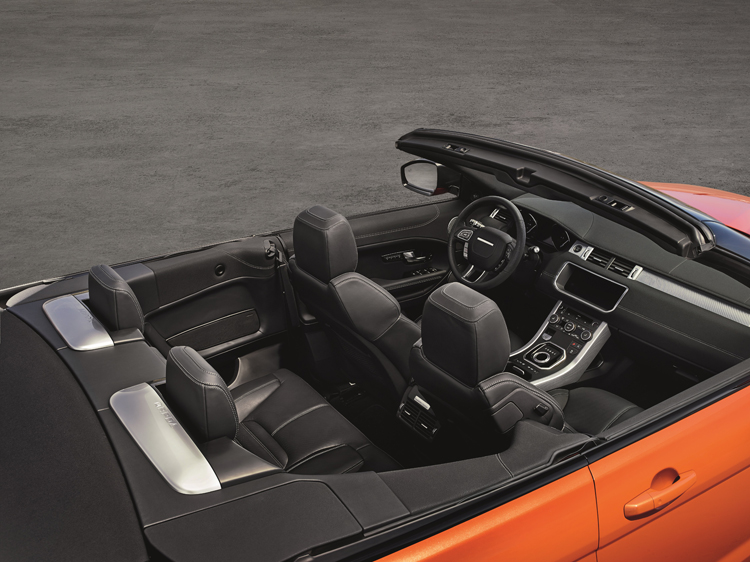