BMW Motorrad has unveiled at EICMA motorycle show in Milan a new version of the R NineT. While the existing version has proven a fast favorite among customizers with its cafe-racer style, the new version takes the classic Scrambler approach that recalls off-road dirt bikes from the 1950s, 60s, and 70s.

The new R NineT Scrambler is powered by a 1170 cc engine which delivers an output of 110 horsepower and 85 pound-feet of torque. 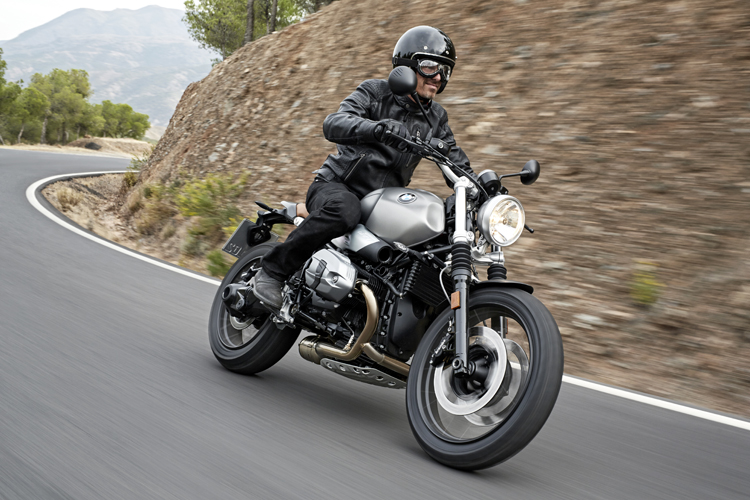 With the new Scrambler as with the R nineT, BMW Motorrad has responded to the desire of many motorcycle fans to be able to modify their bike creatively according to their own personal taste. The spectrum of potential alterations ranges from original BMW Motorrad accessories through to attachments or accessory parts produced by customisers to create a unique motorcycle. 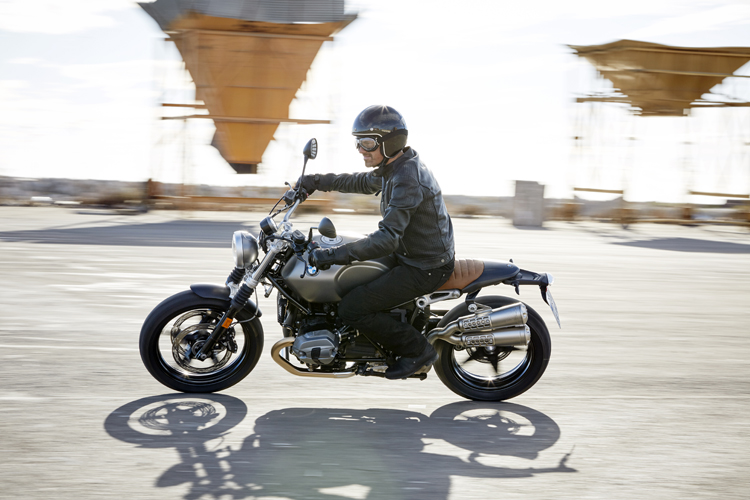 The raised exhaust with two vertically arranged rear silencers meets the requirements of a classic Scrambler. It is fitted very close to the body of the bike, thereby reinforcing its generally slim appearance. The passenger frame can be dismounted, thereby allowing the R nineT Scrambler to be used either by two people or – for a particularly stylish appearance – by the rider on their own.

The new BMW Scrambler is fitted with light alloy cast wheels. In typical Scrambler style it has a large 19-inch front wheel while the rear features a down-sized 17-inch wheel. 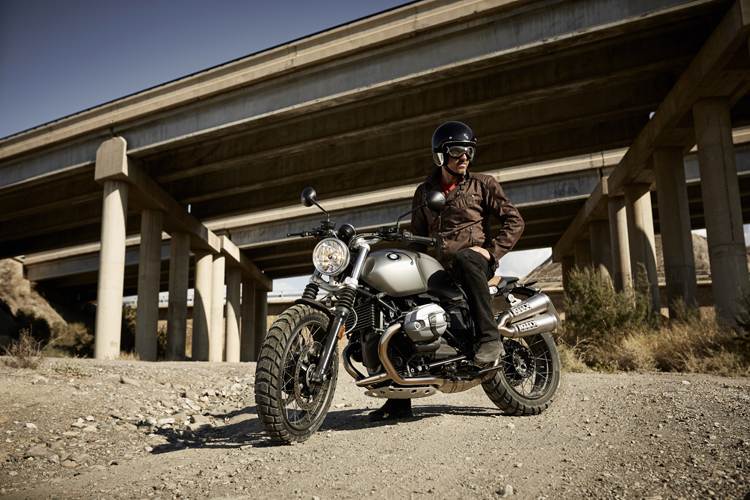 From all angles, the BMW Motorrad Scrambler is defined by a blend of classic and modern elements of motorcycle design style. The circular headlamp gives it an expression of freedom, independence and serenity, while the speedometer with analog display features an inelaborate style that very much reflects the classic principles applied to the development of the BMW Scrambler. Eye-catching elements are the painted 17-litre sheet-steel fuel tank and the trim cover made of fine aluminum sheet with embossed R nineT inscription which runs across the air intake duct on the right-hand side. 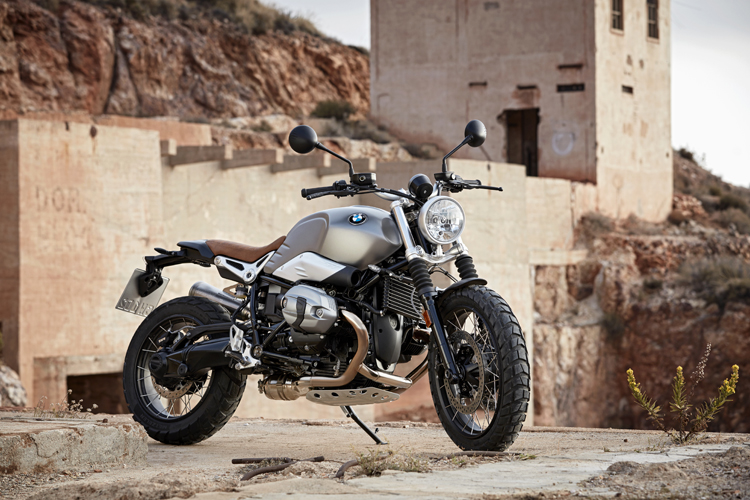 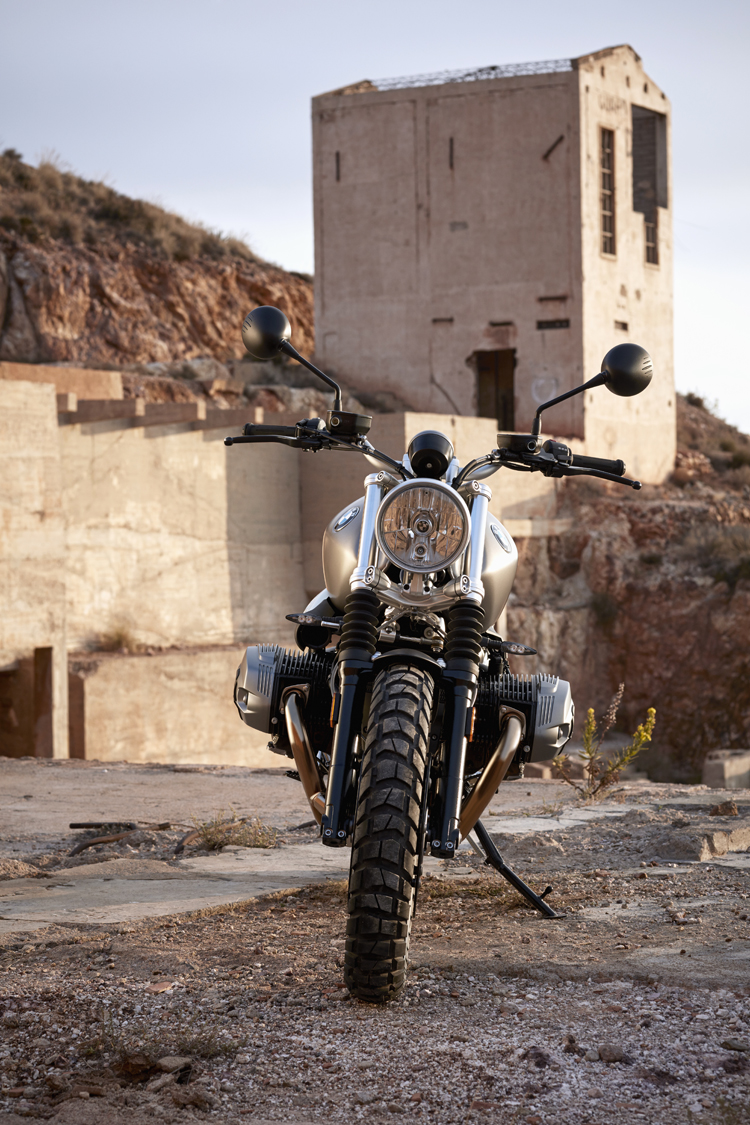 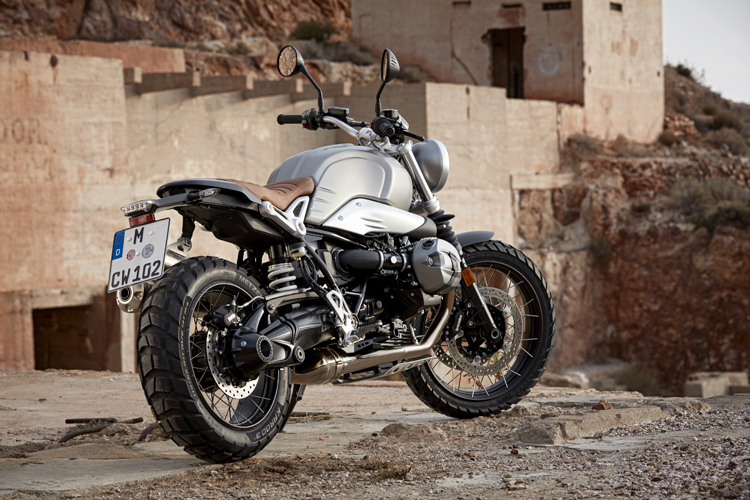 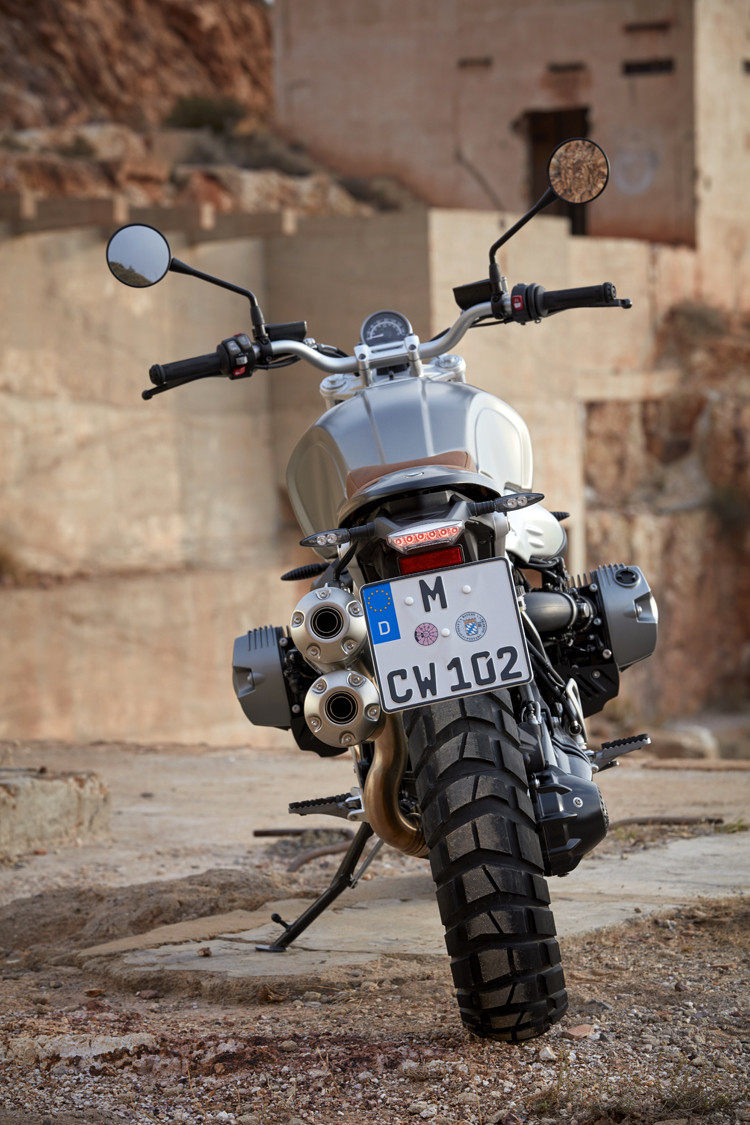