NewDealDesign has teamed up with San Francisco company VivaLnk to create the Fever Scout wearable Thermometer that helps parents and caregivers keep on top of a child’s temperature when they’re not feeling well. Fever Scout is a soft wearable patch that continuously monitors body temperature and uses Bluetooth to deliver constant feedback to parents’ electronic devices.

If the temperature goes out of range, an alert is sent to parents who can take action such as administering anti-fever medication. The app also lets users see a temperature history to chart improvement and see the effectiveness of anti-fever treatments. 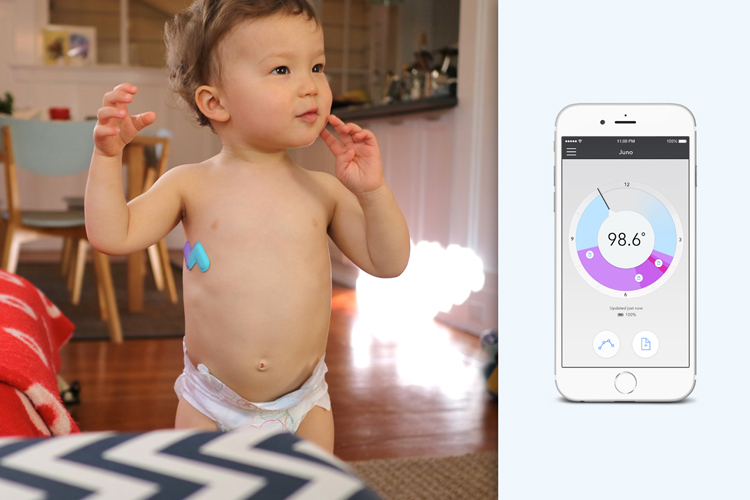 The patch can be worn safely under the arm and comes with the highest quality breathable medical grade adhesives. User will typically wear the patch for 1-2 days. After its use the patch should be placed on its USB charging station. The patch will fully charge in approximately two hours and operate continuously for about one week. 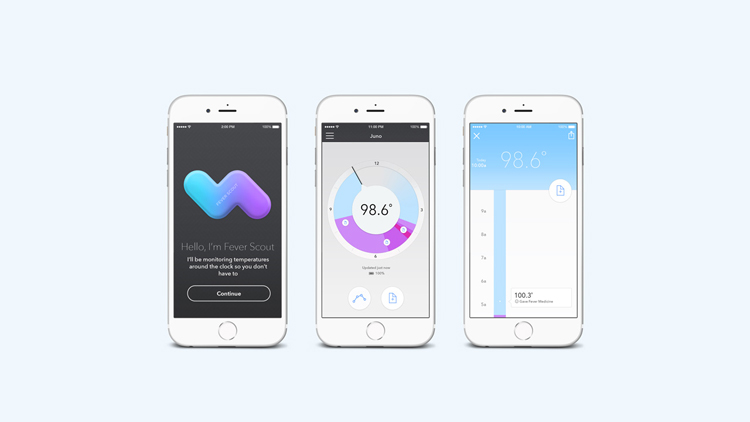 VivaLnk’s CEO, Jiang Li had a personal experience monitoring his young son’s fever. He saw that monitoring his temperature continuously could not only keep him informed of his child’s health, but also helped him treat the boy’s fever. “When I saw that I could address my son’s fever as it happened, it gave me comfort and peace of mind. As parents, we value our kids’ health, Fever Scout is a great tool when illness sets in.”S

Fever Scout’s app works on Apple iOS with Android. The product is available for preorder at FeverScout.com for $59 USD and will ship early 2016. The product comes with a rechargeable patch, charging dock, ten adhesives and the app.

all images and video courtesy of VivaLnk