BMW has chosen Auto Guangzhou 2015, one of the largest international motor shows in China, to present the company’s vision of a four-door sedan for the compact segment. The compact and sinuous exterior of the BMW Concept Compact Sedan creates a familiar sedan silhouette based around a striking three-box design. 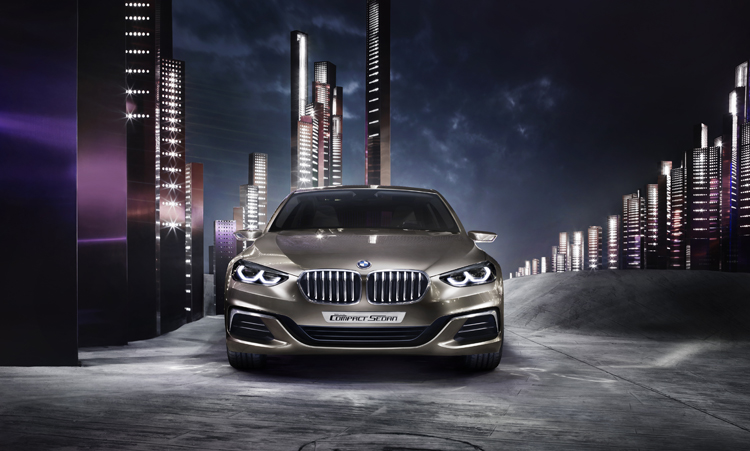 Its sweeping bonnet and long wheelbase stretch the car visually, while the slightly set-back greenhouse further underlines its sporting nature. The clever use of time-honoured BMW elements, such as a long, prominent swage line, dynamic Hofmeister kink and surfaces moulded with impressive depth, ensures the car cuts an athletic figure from the side and highlights its relationship with other BMW vehicles. The four doors are integrated harmoniously into its proportions and allow easy entry for the driver and all passengers. Discreet soft-touch handles below the swage line open the doors as soon as a finger touches their metal surface. 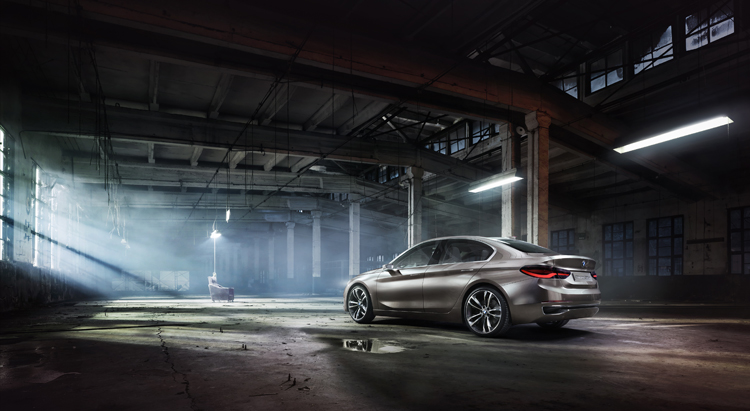 The designers have emphasised the width of the slim front end and ensured it picks up the sporting baton from the car’s flanks. Its signature kidney grille and eye-catching twin circular headlights instantly identify the BMW Concept Compact Sedan as a BMW. The V-shaped central air intake is the starting point for a pervading design theme which splits the lower section of the front end into three sections and gives it a broader appearance. Surfaces merging into one another and stacked in different layers, and the interplay of those levels, lend extra depth and dynamism to the design. 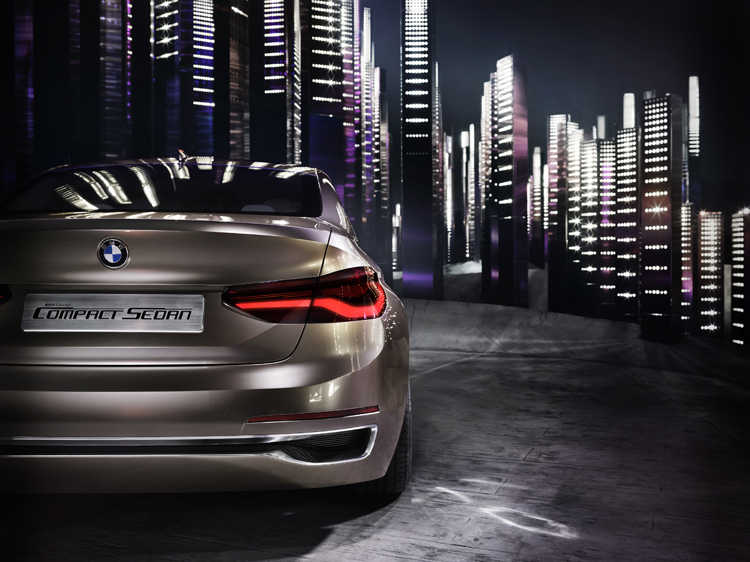 Glance into the interior of the BMW Concept Compact Sedan and its BMW family ties are immediately evident. The cockpit radiates a clear driver focus: all the lines, forms and controls are geared towards the person behind the wheel and their needs. This is highlighted by the prominent lines that converge in the direction of travel either side of the steering wheel. The resultant “cone of vision” sets the tone for the driver’s area as a whole. 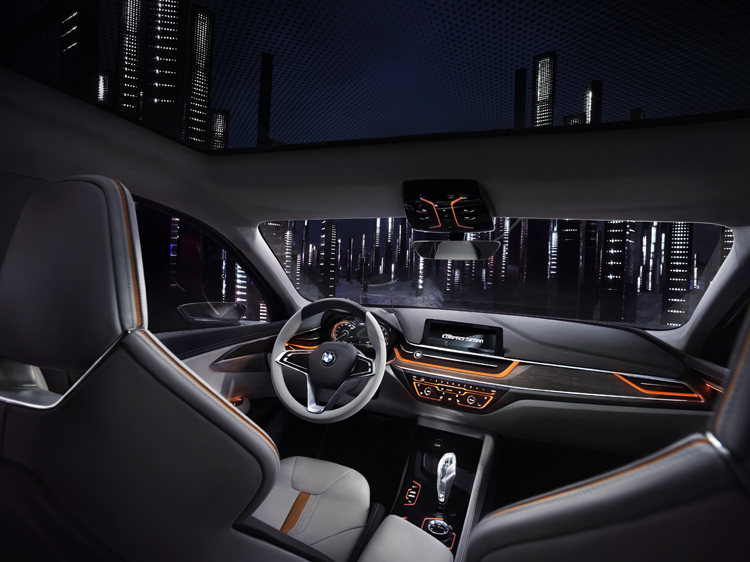 The form of the horizontal, nozzle-shaped air vents and their internal structure continue the theme. The “cone of vision” tapers into a Head-Up Display with combiner screen, which projects all the relevant information into the driver’s direct field of view.

Elongated horizontal lines and surfaces creating a generous feeling of space provide a counterpoint to the cabin’s driver focus and sporty styling. 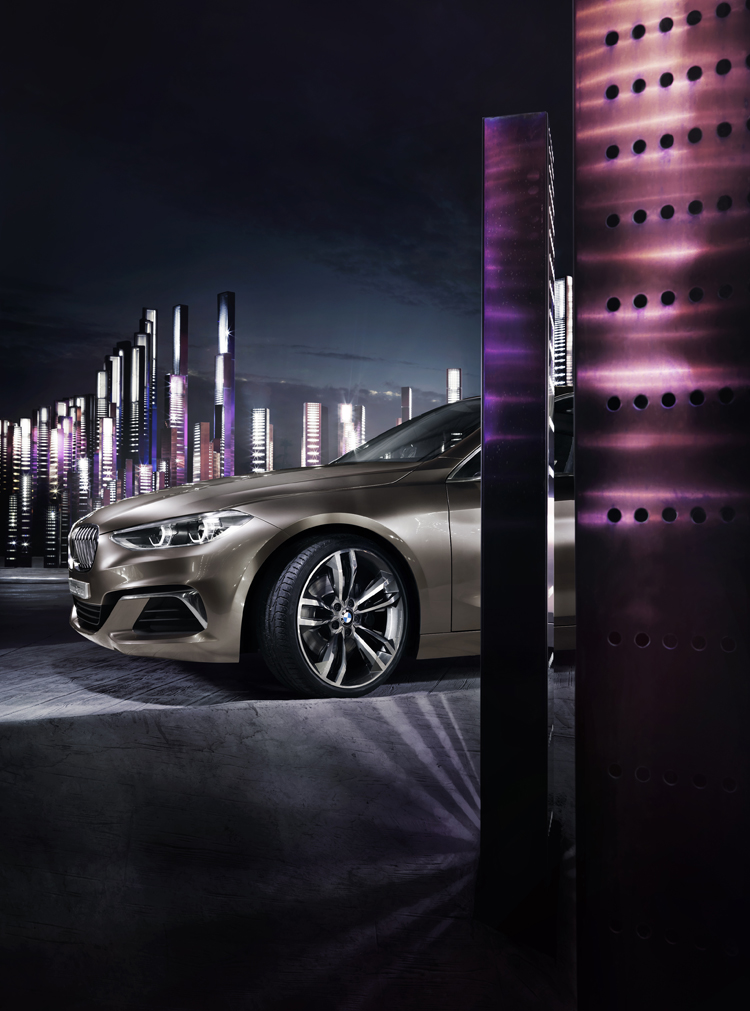