At the North American International Auto Show (NAIAS) 2016 in Detroit, AUDI unveiled the ‘h-tron quattro concept’, a sporty SUV that uses hydrogen as its energy source. The concept car combines a highly efficient fuel cell achieving an output of up to 110 kW with a battery that provides a temporary boost of 100 kW.

Two electric motors on the front and rear axles represent a new evolutionary level of quattro drive – the electrified quattro. The electric motor on the front axle develops 90 kW, and its rear counterpart 140 kW. The sporty SUV accelerates from 0 to 62.1 mph in under seven seconds. Its hydrogen tanks can be refueled safely and easily in around four minutes; a range of up to 372.8 mi is possible. 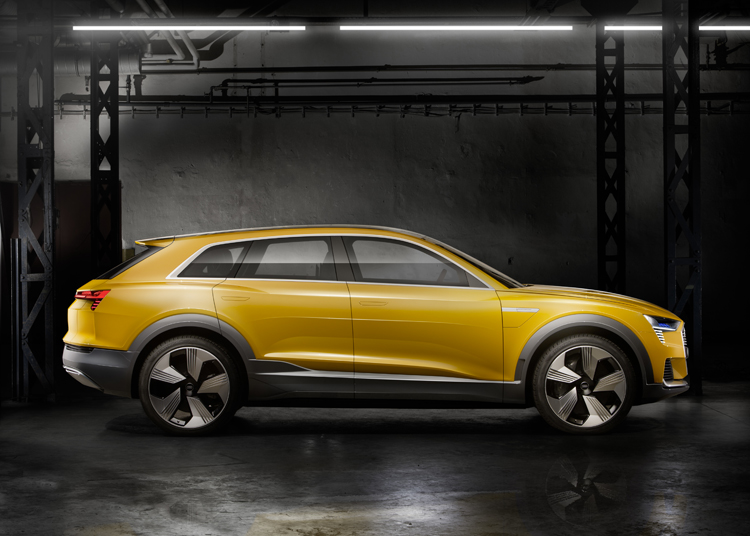 The Audi h-tron quattro concept also provides a foretaste of the technologies for piloted driving and parking that will go into production in 2017 with the next generation of the Audi A8 full-size sedan. Piloted driving at Audi revolves around the central driver assistance controller (zFAS). It computes a model of the car’s surroundings in real time and makes this information available to the assistance systems and the piloted driving and parking systems. The latter can assume driving tasks during parking or in stop-and-go traffic on freeways at speeds of up to 37 mph. 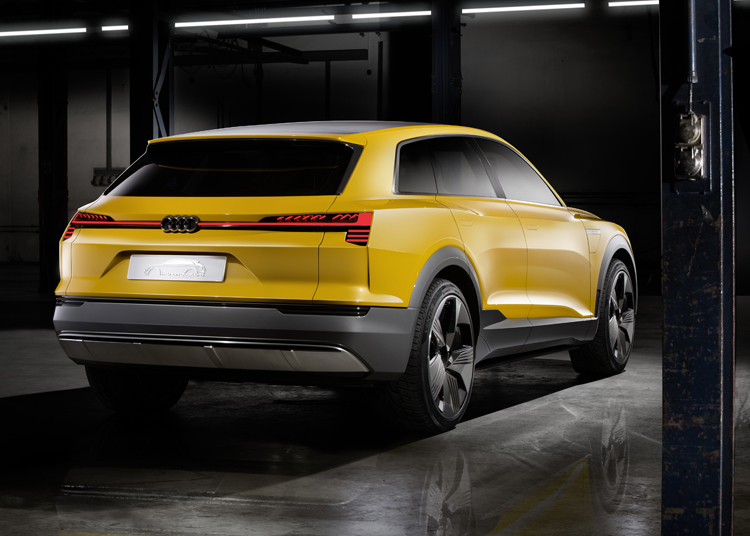 The exterior design of the five-door technology study blends aesthetic appeal with aerodynamics. Its silhouette with the extremely flat greenhouse that tapers strongly toward the rear lends it the dynamic character of a coupé. The flowing shoulder line forms distinctive blister contours above the wheels in an expression of the electrified quattro drive. Wide wheel panels and angular side sills underscore the robust character of the car. 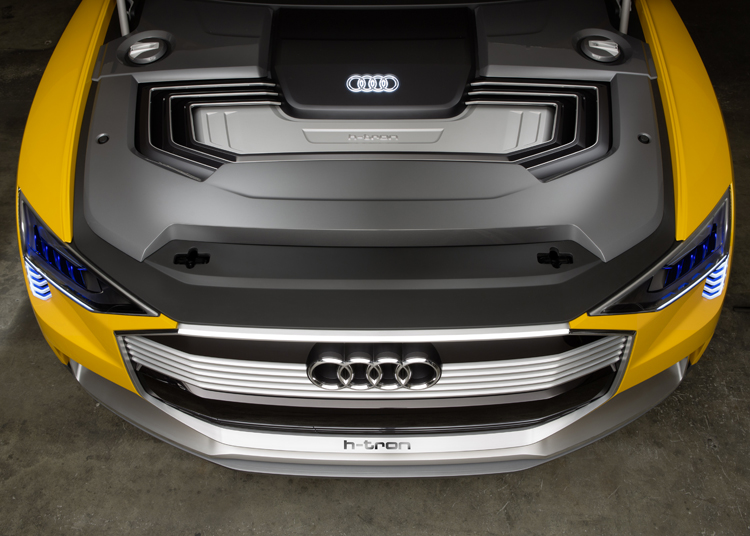 The package of the Audi h-tron quattro concept enables a spacious, comfortable interior for four persons and 500 liters (17.7 cu ft) of luggage. Intelligent software provides assistance when loading up: two small sensors scan the items of luggage and display the optimum loading order on a monitor mounted on the rear cutout. 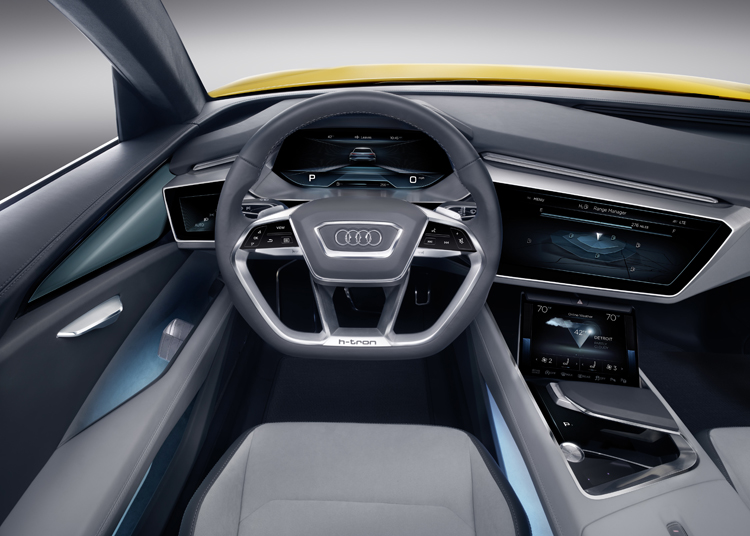 The interior of the Audi h-tron quattro concept has a light and open feel to it; its architecture merges harmoniously with the operating and display concept. The three large displays in front of the driver are designed using OLED technology – their wafer-thin films can take on virtually any shape. There are also two touch displays in addition to the central Audi virtual cockpit curved OLED. 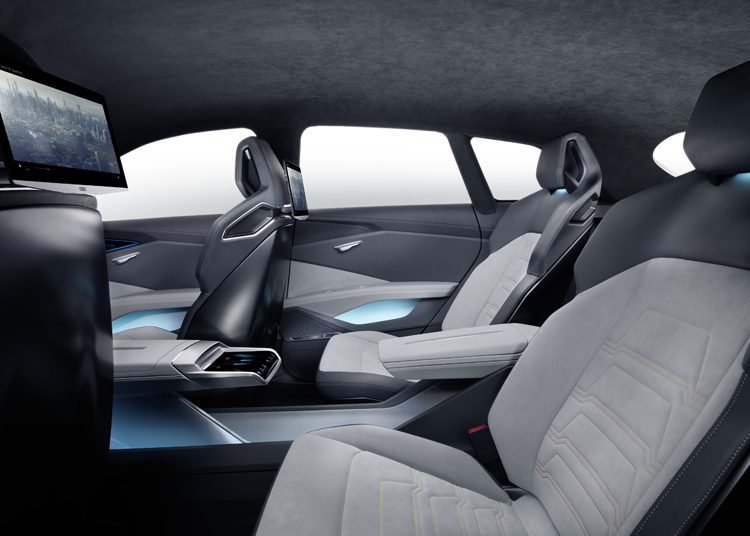 The driver controls the lights and the systems for piloted driving with the left one. The large display on the right is for managing media and navigation, and also displays the drive system’s operating statuses. The steering wheel serves as a further control level. Its spokes are equipped with contoured touch surfaces.

The selector lever for the driving mode is mounted on the console of the center tunnel. In front of it, there are two further OLED displays – for the drive status, the air conditioning and for freely programmable information functions. The front one offers gesture controls. The curved displays in the front section of the doors serve as digital exterior mirrors.

The two rear passengers sit on comfortable individual seats. They can share data with the driver via the Audi tablets, which again have OLED displays. The tablets are designed as a mobile Rear Seat Entertainment system. 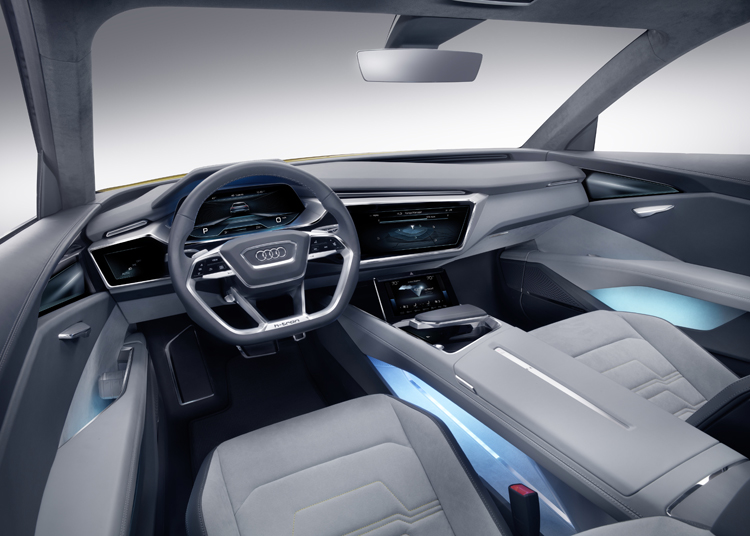 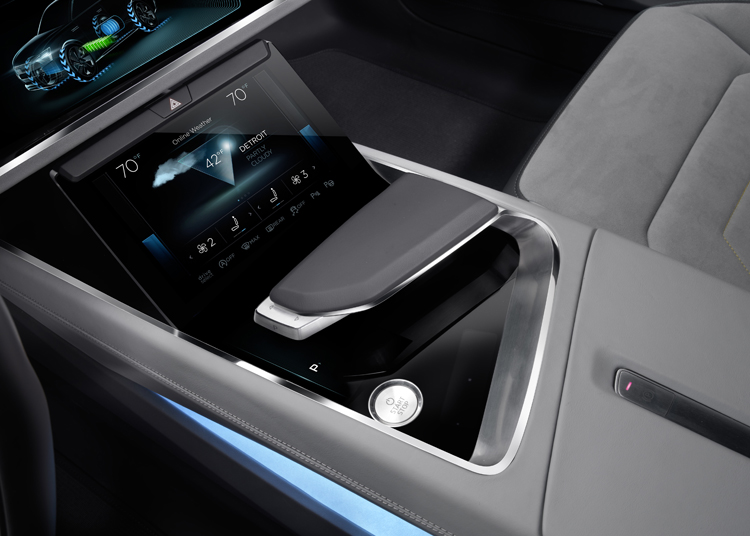 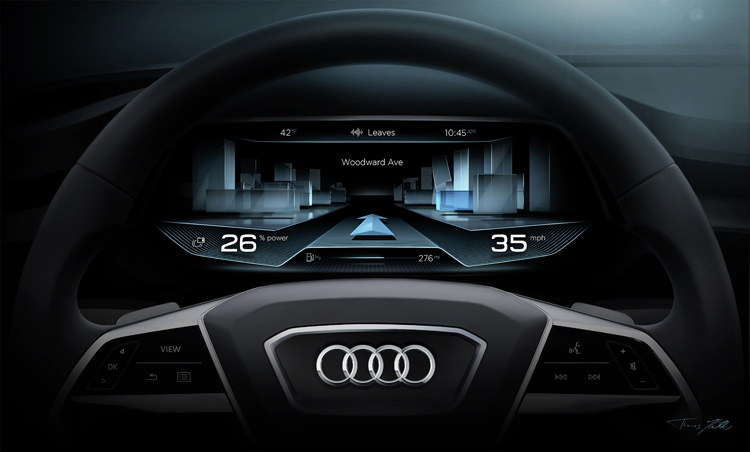 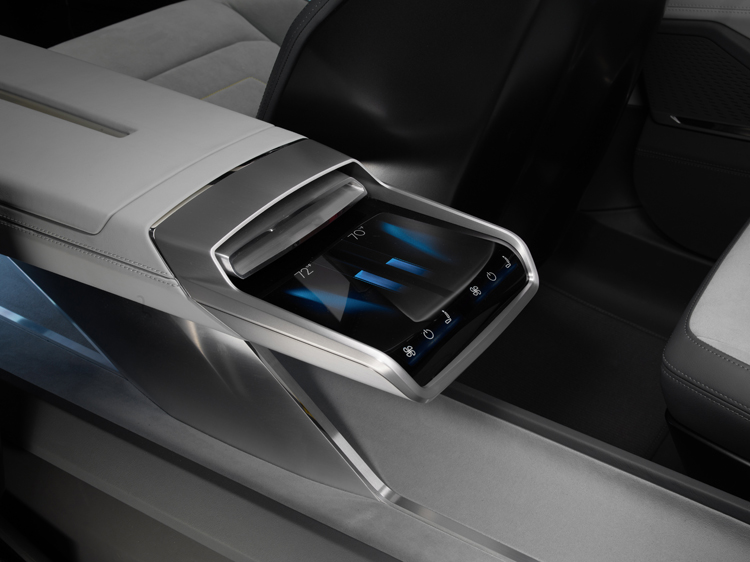 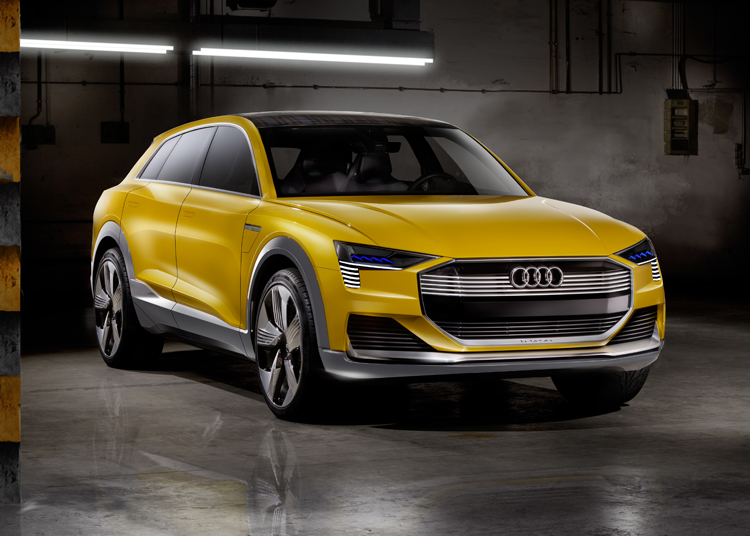 all images courtesy of AUDI