Dutch footwear brand United Nude has realized a polygonal sports car simplifying a classic Lamborghini. The Lo Res car is a recreation of the Lamborghini Countach, designed by Marcello Gadini at Bertone in the early 1970s, as part of the United Nude Lo Res Project, which started several years ago and has become an important signature of the brand. 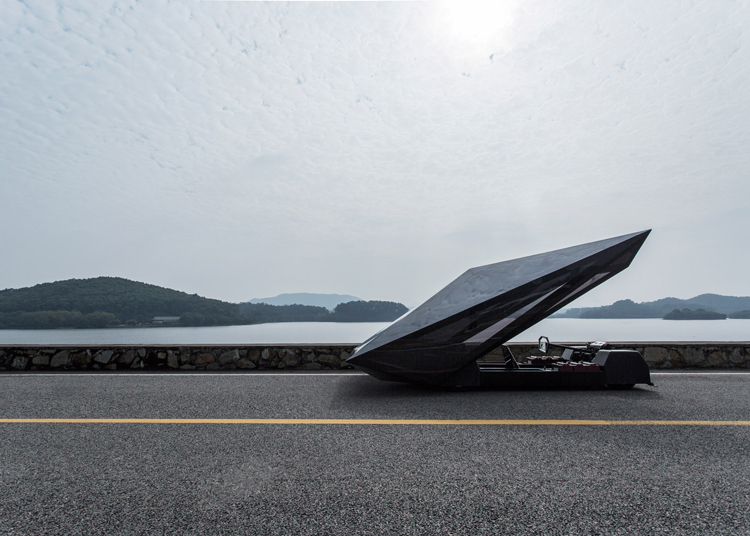 The Lo Res design method is based on the principle of re-designing the same object in a series, each time lowering the 3D resolution, resulting in a more fragmented and abstract design each step of the way. The Lo Res car is a conceptual design experiment, rather than a conventional car. Its abstract appearance makes it look like a moving sculpture. 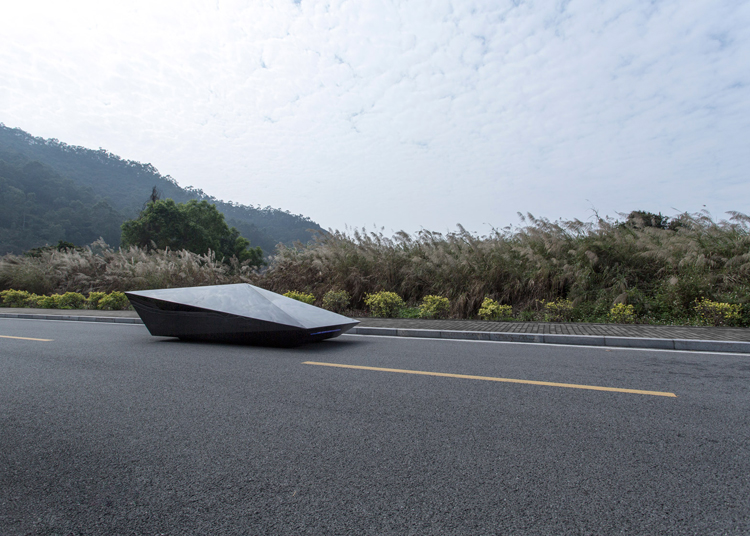 The car is a two-seater with the passenger sitting behind the driver. The polygonal shaped polycarbonate body of the car surrounds the passengers like a transparent capsule for a unique driving experience. The interior of the car is kept minimal with the focus on some elements that are made from polished stainless steel, while the rest of the car was deliberately kept raw while finished in a matt black coating. 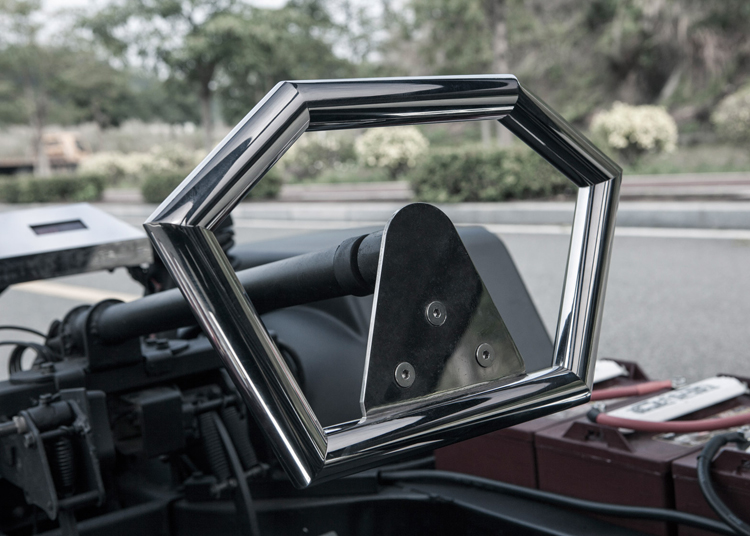 To achieve the purest form the car has no doors, but instead the entire body of the car is the door, which opens with electric lifts. The engine is electric and the top speed is currently limited to 50km/h for safety. The car is set to be exhibited in Los Angeles, and according to the company will be produced as part of a limited run for collectors. 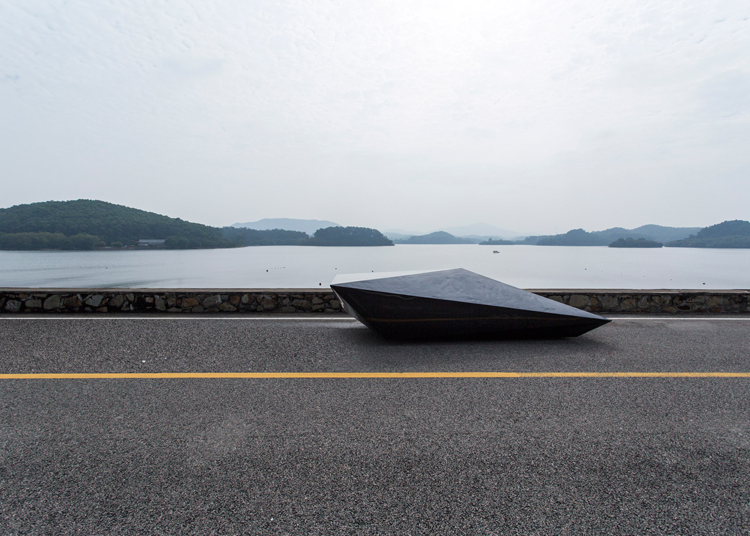 all images courtesy of United Nude