“NASA is working hard to make flight greener, safer and quieter – all while developing aircraft that travel faster, and building an aviation system that operates more efficiently,” said NASA Administrator Charles Bolden. “To that end, it’s worth noting that it’s been almost 70 years since Chuck Yeager broke the sound barrier in the Bell X-1 as part of our predecessor agency’s high speed research. Now we’re continuing that supersonic X-plane legacy with this preliminary design award for a quieter supersonic jet with an aim toward passenger flight.”

NASA selected a team led by Californian company Lockheed Martin Aeronautics to complete a preliminary design for Quiet Supersonic Technology (QueSST). The work will be conducted under a task order against the Basic and Applied Aerospace Research and Technology (BAART) contract at NASA’s Langley Research Center in Hampton, Virginia.

After conducting feasibility studies and working to better understand acceptable sound levels across the country, NASA’s Commercial Supersonic Technology Project asked industry teams to submit design concepts for a piloted test aircraft that can fly at supersonic speeds, creating a supersonic “heartbeat” — a soft thump rather than the disruptive boom currently associated with supersonic flight.

The new NASA’s jet calls QueSST would fly at speeds of Mach 1.4, or roughly 1,100 mph. Today’s commercial jetliners poke along at 600 mph, while the Concorde, which made scheduled passenger flights from 1976 to 2003, achieved the blistering pace of more than 1,300 mph.

Lockheed Martin will receive about $20 million over 17 months for QueSST preliminary design work. The aeronautics company will work with GE Aviation and Tri Models Inc develop the design before proceeding with analytical and wind testing. If all goes well, a commercial flight-ready craft could be in service by 2020. 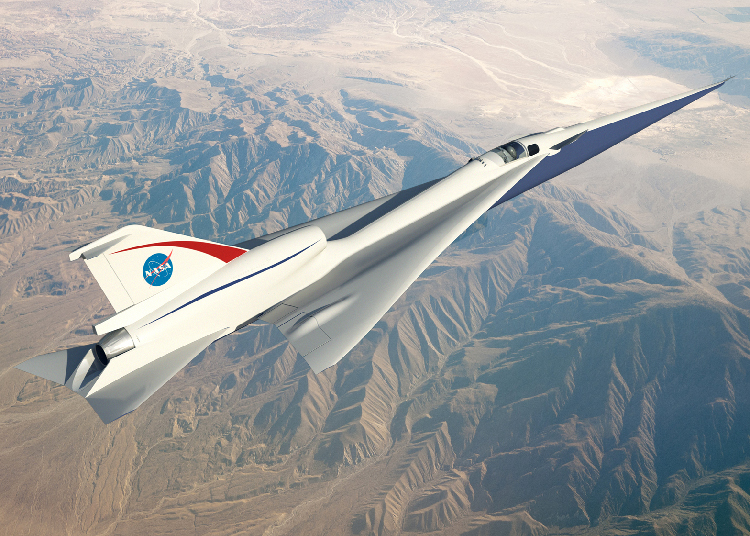 all images and video courtesy of Nasa