“Every year, in order to create new models, I need new sources of inspiration,” explains Bruno Belamich, creative director at Bell & Ross. “Following the success of our b-rocket motorbike in 2014, I wanted to go even further and design the Bell & Ross car. The aim was to produce a car that can ‘hold its own’, even amongst automotive professionals. But above all, this real challenge was a great joy. The aeroGT concept car was the starting point for the creation of a new pair of watches inspired by the automotive world – the BR 03 aeroGT models.”

The AeroGT is a super car inspired by aviation. With this creation, Bell & Ross is keeping in touch with its aeronautic roots. Extremely low (1.10 m) and aerodynamic, the 4.7 meter-long car seems to split the air like an arrow. Its pointed forms with sharp angles and cutting overhangs are reminiscent of some stealth aeroplanes. All it needs to take off is a pair of wings.

When seen from above, the drop-shaped glass roof recalls the glass cover of a jet cockpit. Meanwhile the razor thin wing mirrors are inspired by the small wings called «canards» placed on the nose of a fighter. The two unusually sized exhaust pipes evoke turbojet engine exhausts, while the turbine-style rims imitate the vanes of supersonic aircraft engines.

But the most impressive detail is the rear longitudinal aileron, which is reminiscent of an aircraft’s vertical stabilizer. The role of this element is to stabilize the racing car when performing quick turns.

The AeroGT Concept Car has been unveiled at Baseworld 2016 alongside the BR 03-94 AeroGT and BR 03-92 AeroGT timepieces. Each watch features a 42 mm case constructed from satin-polished steel as well as a skeleton dial with metal appliqué indices and metal skeleton Superluminova-filled hours and minutes hands. The straps note construction from black calfskin and have been stitched with red piping. Finally, they are each water-resistant to 100 meters. 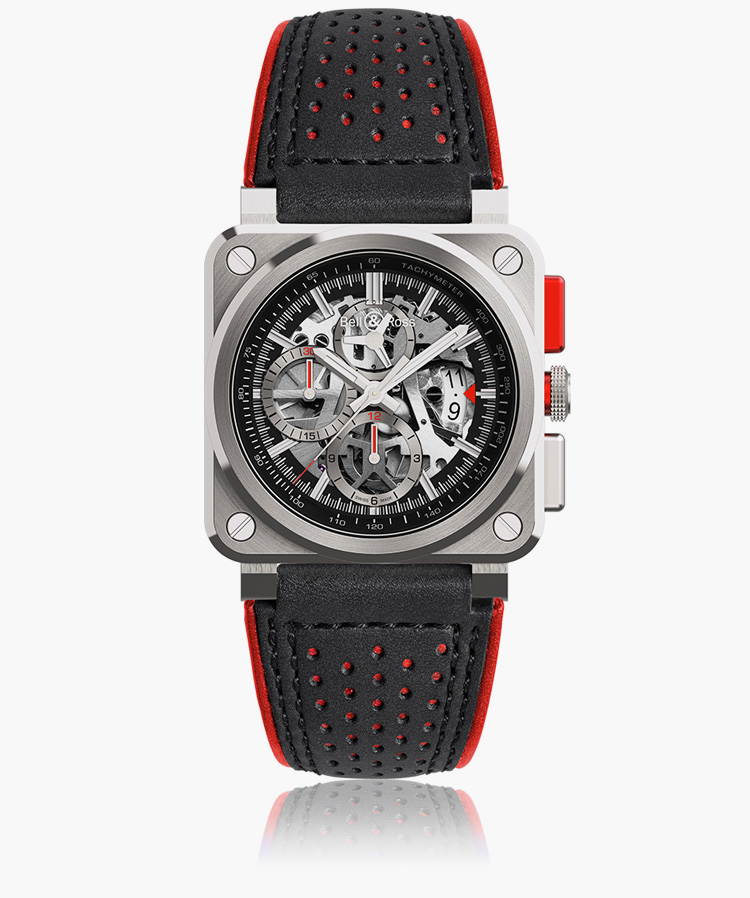 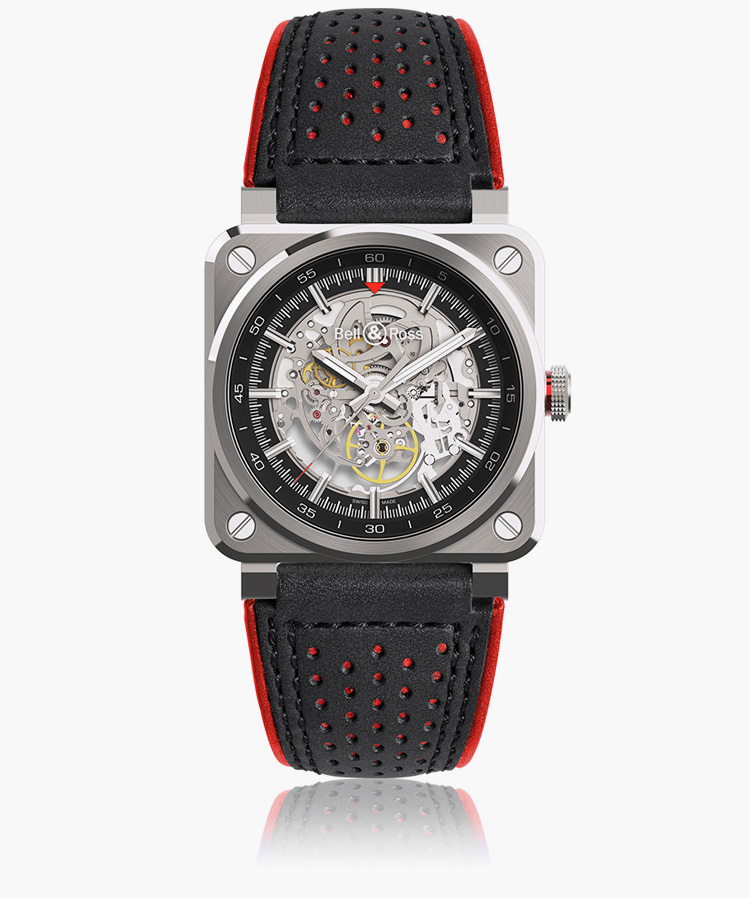 all images and video courtesy of Bell & Ross