An icon of Italian supercars as well as the most sought-after Alfa Romeo among collectors will be auctioned at COYS in Monaco on Saturday, May 14.

“In those days there was no speed limit in Italy and the police only stopped you out of curiosity. More often they would gesture you on: “Avanti, Avanti.” Once, on the autostrada to Venice, I ran it for 4 km at its 10,000 rpm rev. limit in sixth. I clocked it at 180 mph. Amazingly, below 150 mph there was little engine noise, but past 160 it became really intense inside. The car was fantastically stable – even in crosswinds it still ran brilliantly straight,” says Henry Wessells II, the first private owner of a Tipo 33 Stradale. 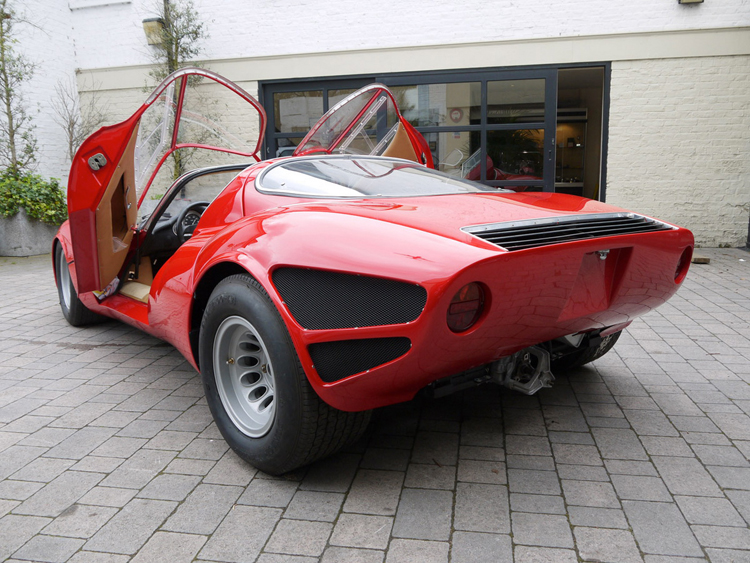 Whenever there is talk of Italian mid-engined supercars of the 60s, most people remember the Lamborghini Miura, the De Tomaso Mangusta, or of course Ferrari Dino. However Alfa Romeo was one step ahead. In 1967 an excited world first set eyes on the Tipo 33 Stradale.

Designed by Franco Scaglione, many car stylists regard the 33 Stradale as one of the most beautiful designs of all time. Like its contemporaries, the Stradale emphasized a wedge shape front, and wave shape side profile. However the 33 Stradale took design to the next level, with fabulous futuristic dihedral (butterfly) doors which hinged upward and outward simultaneously, a feature was copied by the McLaren F1 many years later. 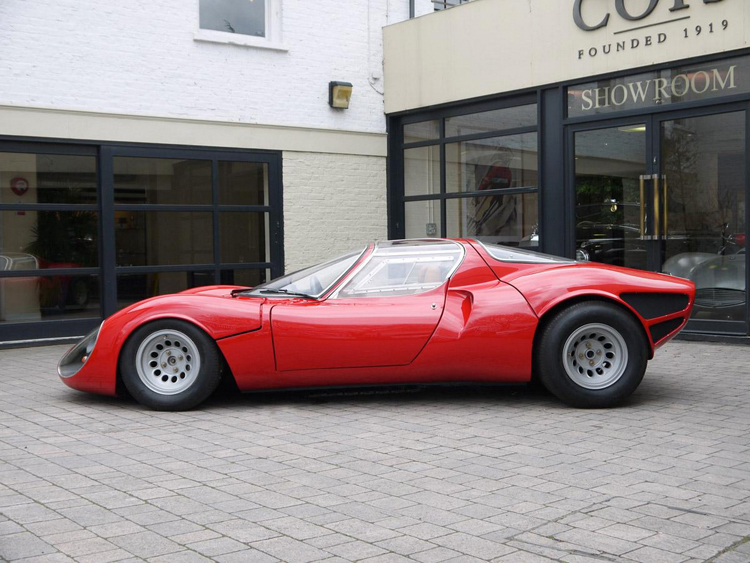 Alfa Romeo built just 18 examples, with five of them converted to concept cars. The 33 Stradale was powered by a detuned version of the racing Tipo 33’s 2-litre V8. Featuring twin overhead camshafts and fuel injection, this dry-sump motor was capable of revving up to 10,000rpm producing 230hp (down from the 270hp of the race car’s) and was mated to a six-speed Colotti gearbox. With a kerb weight of just 700kg, the 33 Stradale could accelerate from zero to 60mph (0-96km/h) in 5.5 seconds and a top speed of 160mph (262km/h). 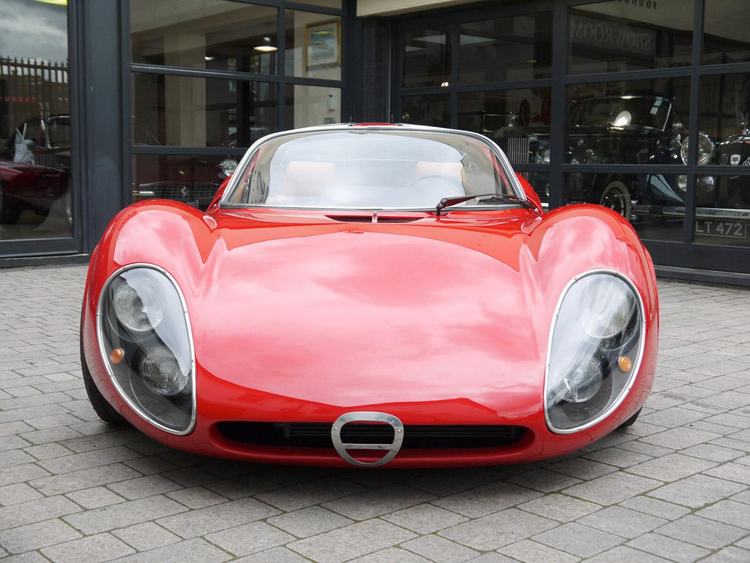 The one for sale is titled as a continuation model but not in the broad sense of the term. Its chassis uses the front and rear sections of the original Tipo 33 Stradale chassis number #02 as well as several parts of the suspension with documents proving it.

The car was purchased by the current owner in the early 2000s, and is said to be valued at well over $10 million dollars. A once-in-a-lifetime opportunity to own one of the rarest sports cars on earth. 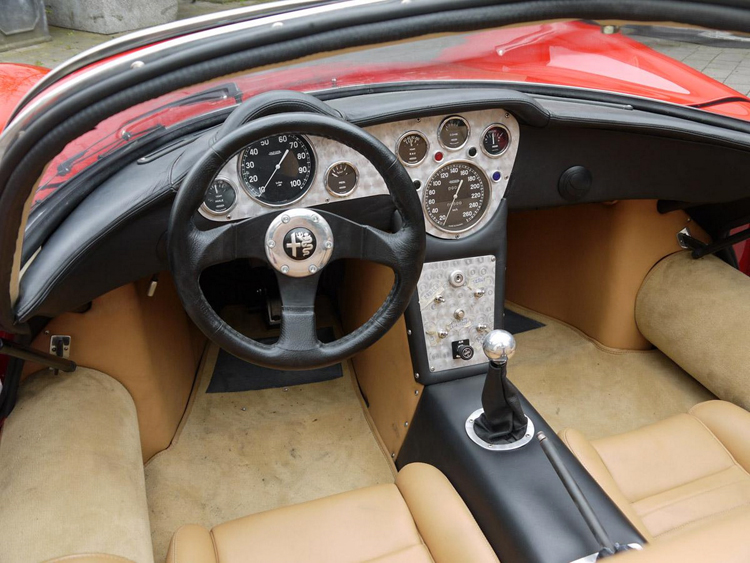 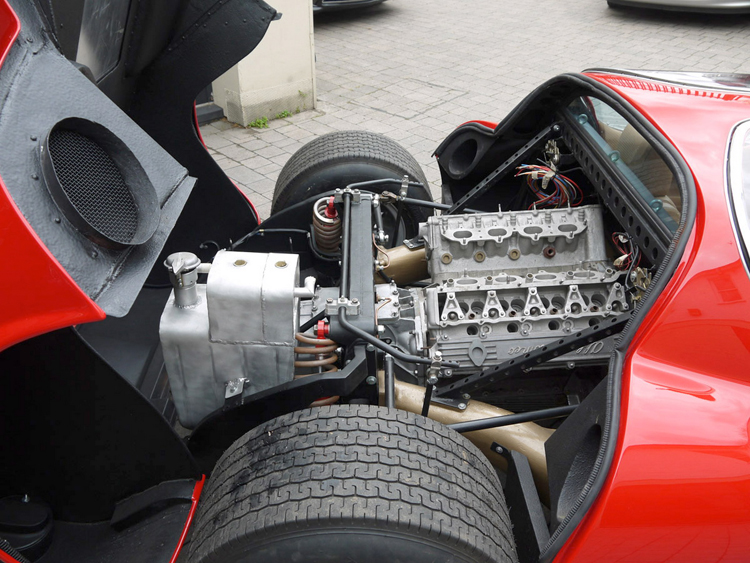