80 years ago, BMW presented the BMW R 5 to the international public – an exciting new technological development that was to influence motorcycle construction right through to the 1950s. Inspired by the 500 cc factory racing machine of 1935, it was one of the groundbreaking sports motorbikes of the late 1930s with its newly designed light frame. To mark the 80th anniversary of the BMW R 5, BMW Motorrad is honouring this icon at the Concorso d’Eleganza Villa d’Este 2016 with a special model: the BMW R 5 Hommage. 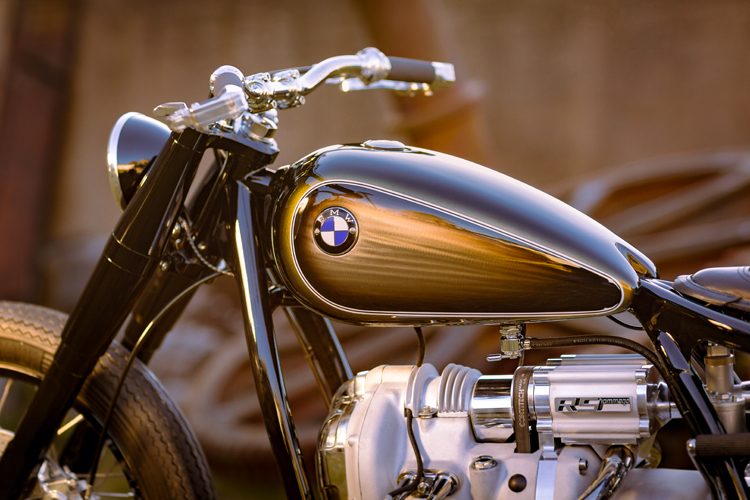 At its core there is an original 500 cc Two-cylinder engine provided by motorcycle enthusiast Sebastian Gutsch. This boxer engine was damaged in a race and provided the starting point for creating the BMW R 5 Hommage.

As befits a custom bike, the homage bike was elaborately hand-crafted from scratch. Ronny and Benny Noren were called upon to produce the parts according to the specifications of the BMW Motorrad Design Team: the two brothers have been building tailor-made customer bikes for more than 30 years. 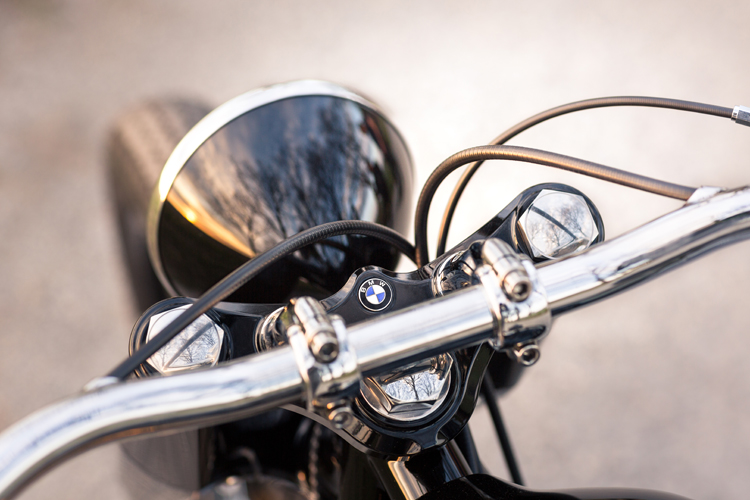 All parts such as the frame, fuel tank and rearfender are unique, elaborately hand-crafted components – making this a genuine custom bike. And most important of all: the newly fashioned parts clearly transport the original purist character of the R 5.

A particularly defining feature in terms of the appearance of the original R 5 was the telescopic fork – new at the time – whose characteristic fork covers were aerodynamically shaped at the level of the headlamp. The BMW R 5 Hommage invokes this element and interprets it in modern style based on the custom made fork. 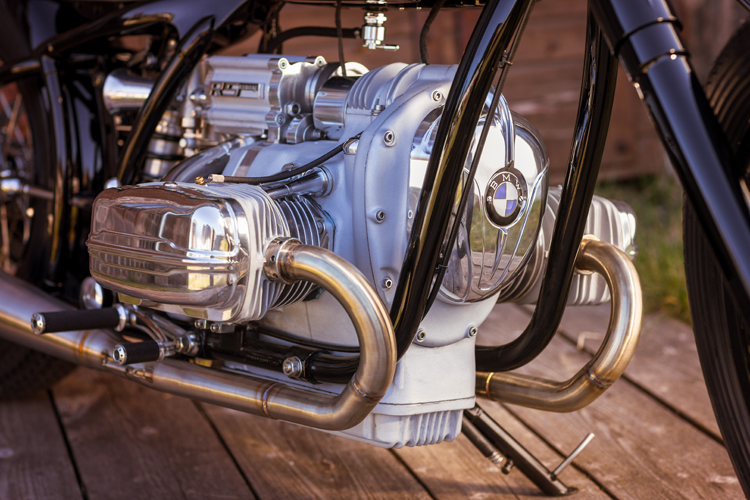 The BMW R 5 Hommage is presented in classic style when it comes to colour. The basic theme is typical BMW – black with white pinstripes, though interpreted in contemporary style of course. In addition to the opaquely finished surfaces, the so-called smoke finish on the fuel tank and rearfender allow the steel underneath to partially show through. In addition to the white pinstripes, the black finish on the fuel tank and rearfender especially comes into its own right, in perfect custom style, due to the metallic finish and a slight flake effect.  The engine cases and gearbox in glass bead aluminium provide the perfect stage for the polished aluminium parts such as the machined breastplate and the valve covers with its “R 5 crease”. The soft lustre of the polished aluminium is especially reminiscent of the BMW R 5 originals. The overall image is rounded off with a handstitched leather seat with high-quality embossing. 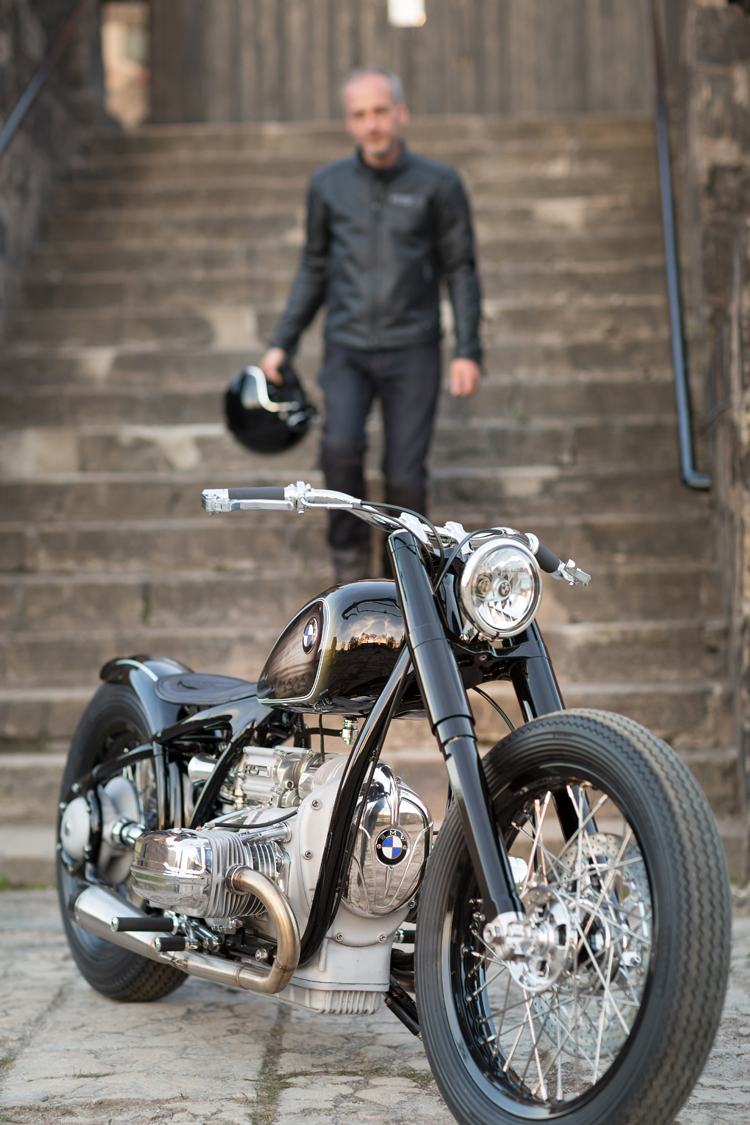 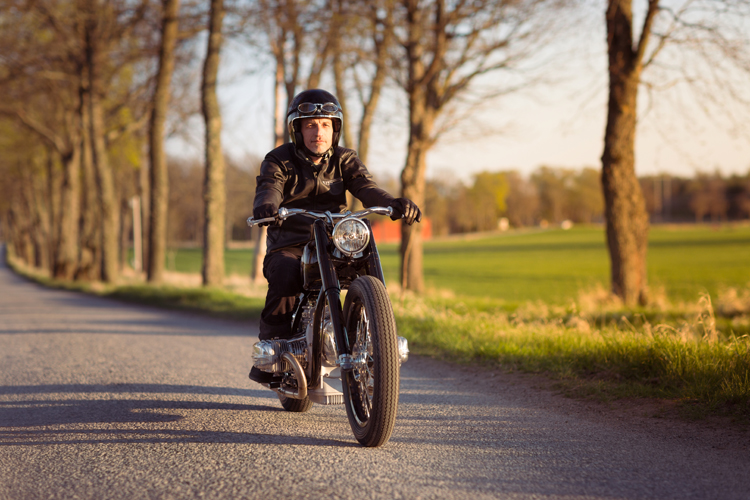 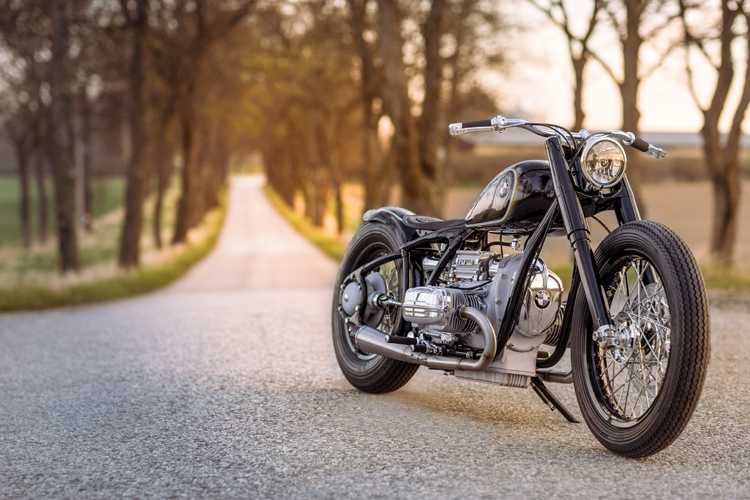 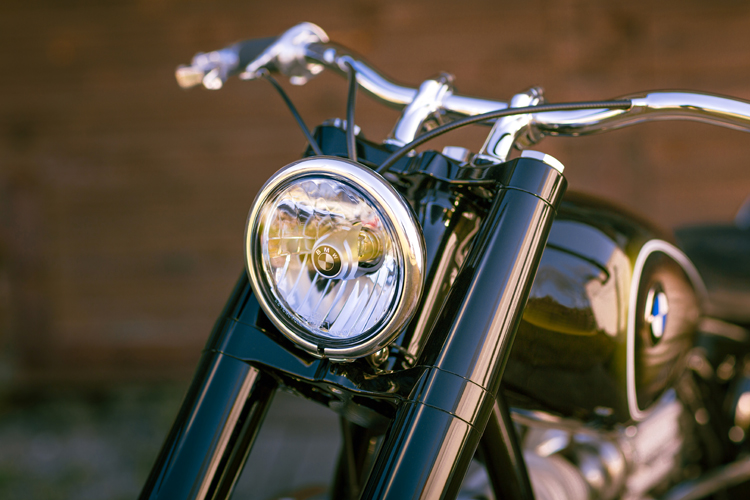 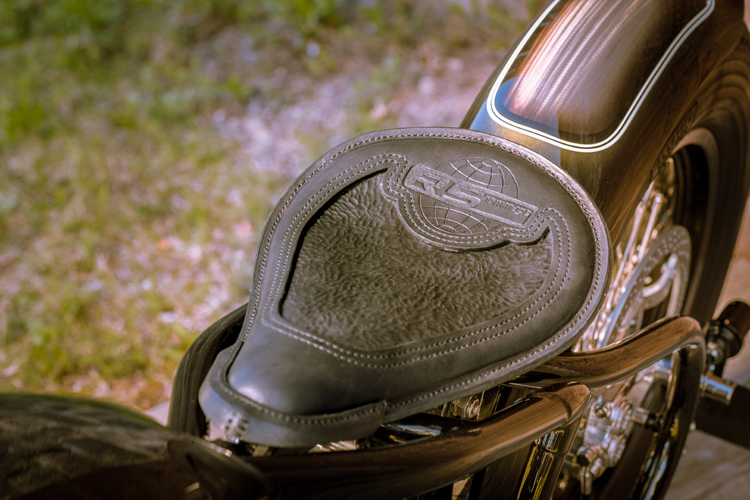 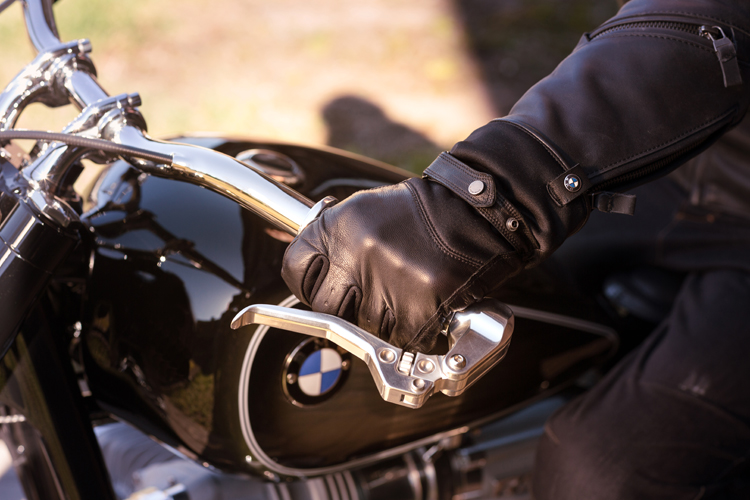 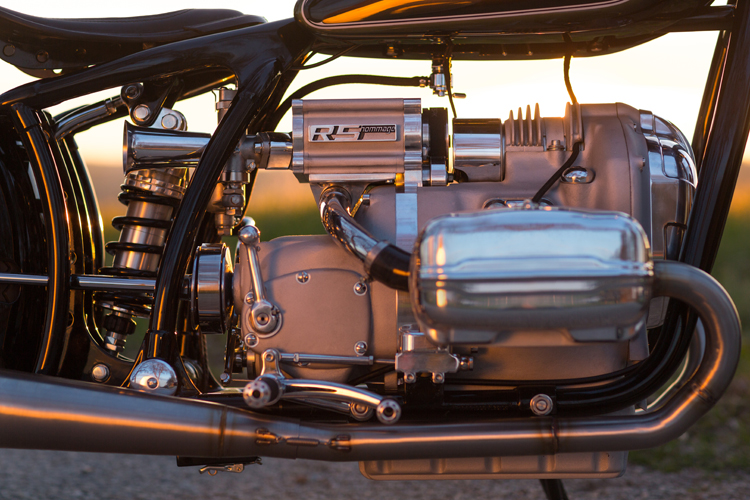 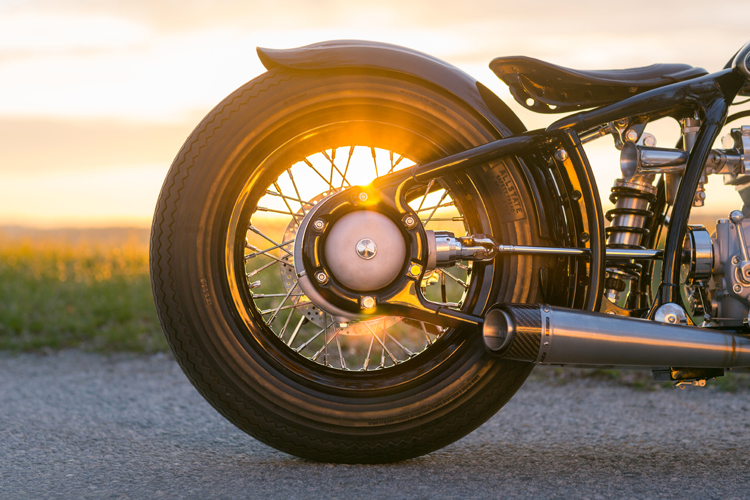 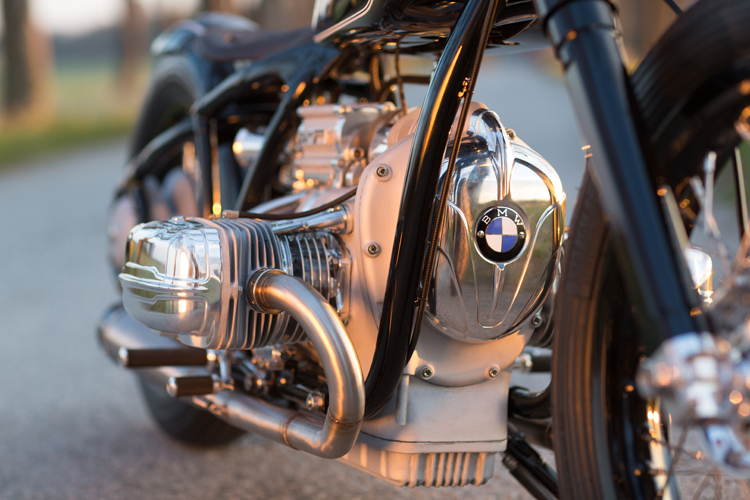 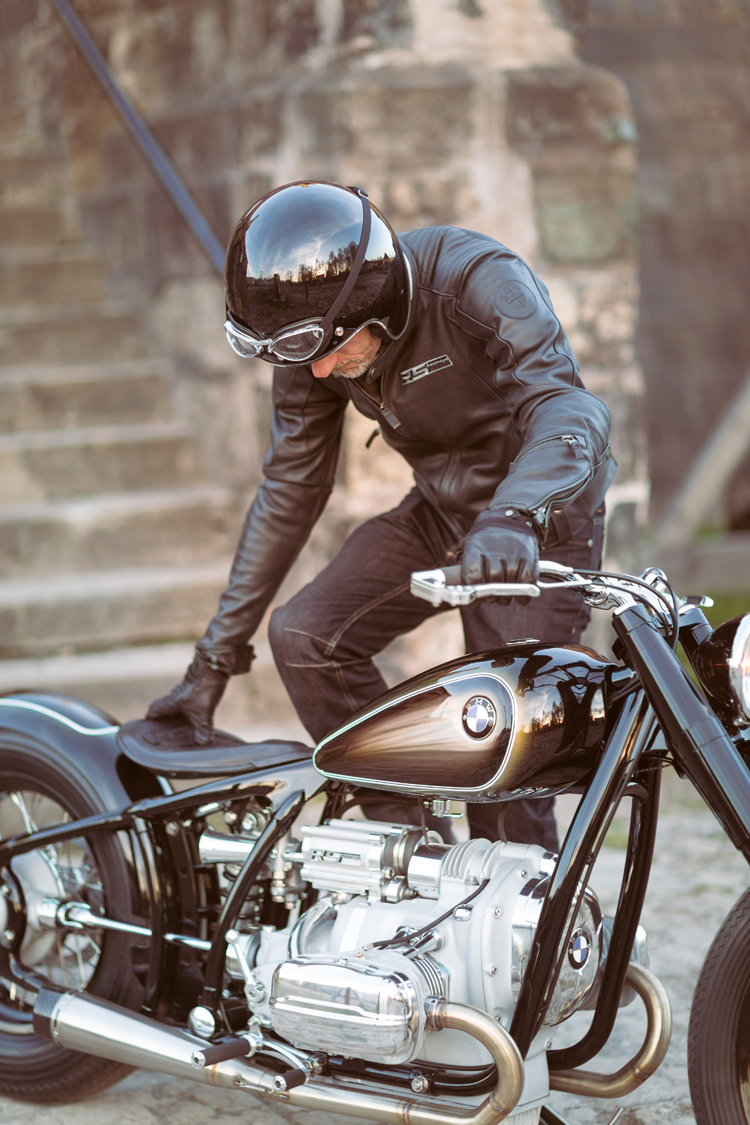 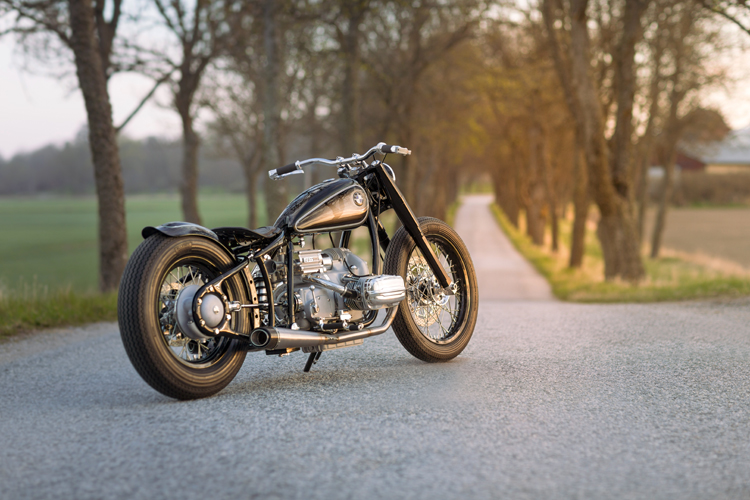 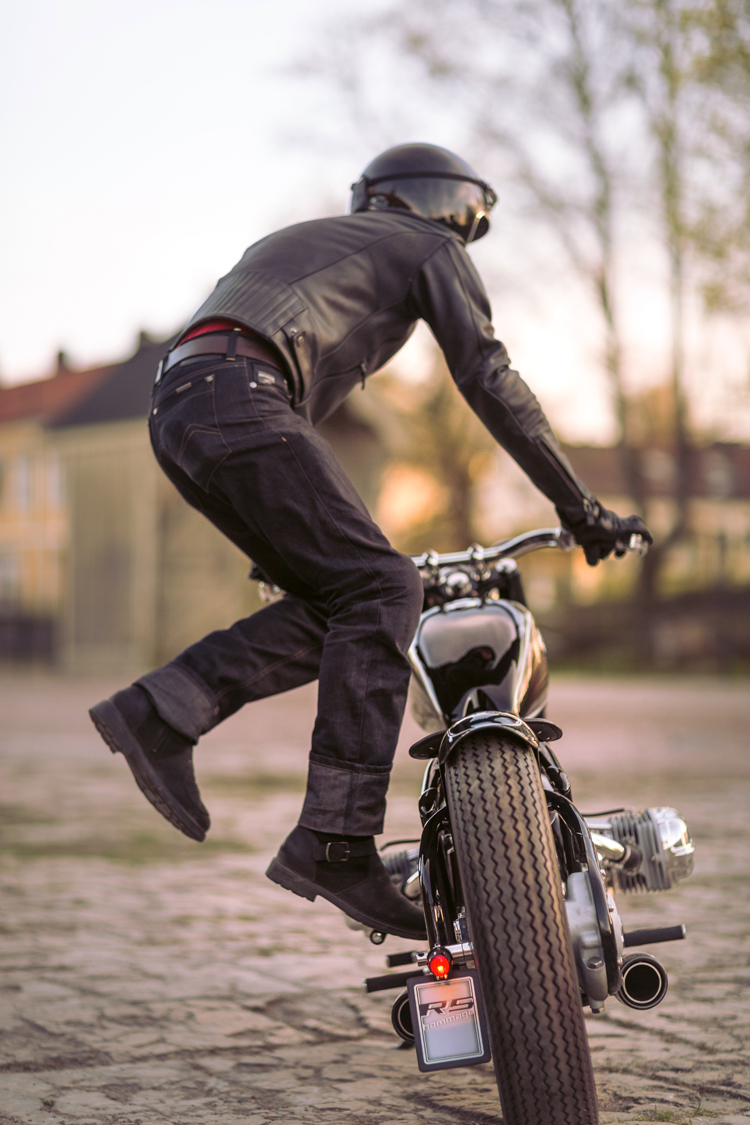 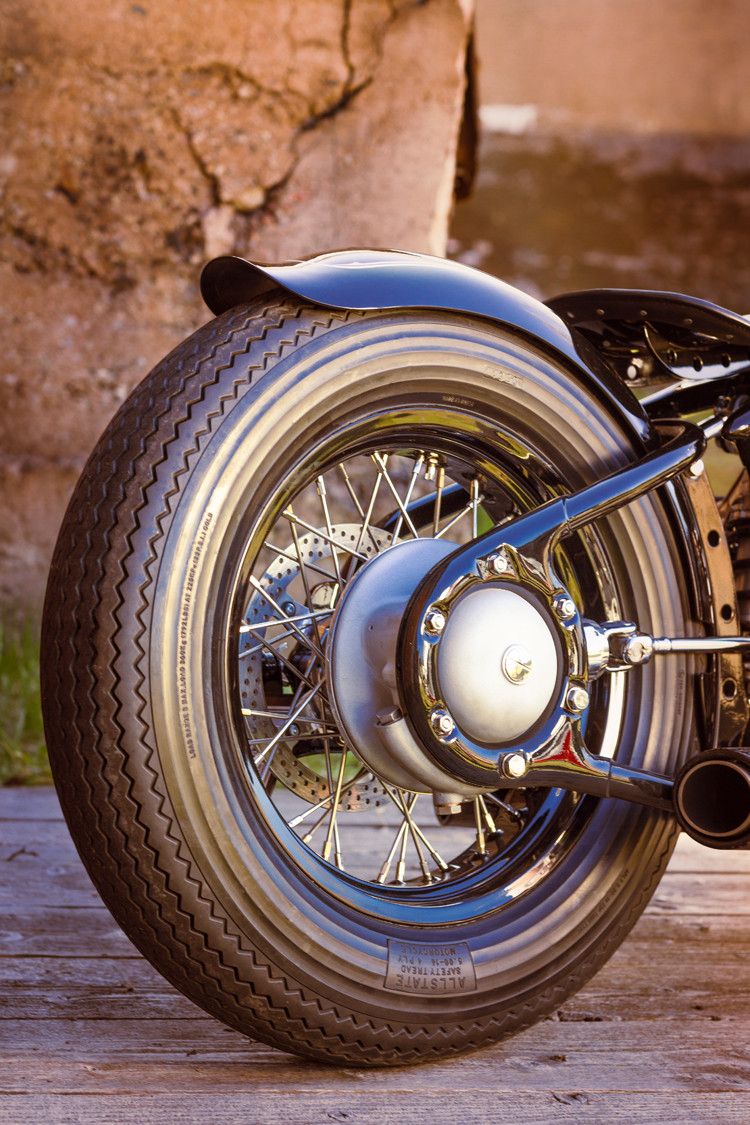