Intel put on a spectacular light show with 500 drones flying together that has launched the American technology company into the record books for the second year running. Intel’s magnificent display was not produced by pyrotechnics, but by hundreds of individual drones each fitted with an LED light.

On a football field in Krailling, Germany, Intel successfully set a new record for the Most Unmanned Aerial Vehicles (UAVs) airborne simultaneously as 500 drones performed a flawless routine together, lighting up the evening sky. All of the 500 drones moved as a single fleet, operated by one pilot with a laptop

The company first achieved this Guinness World Records title in 2015 with 100 drones, but this year the Intel engineers wanted to make a show that was bigger than ever. This record challenge features a new UAV, weighing just 280 grams and electrically operated with a rotor for flying, the Intel Shooting Star drone was specifically designed for putting on dramatic lightshows. The UAVs flew in a formation and drew the number ‘500’ and then the Intel logo. 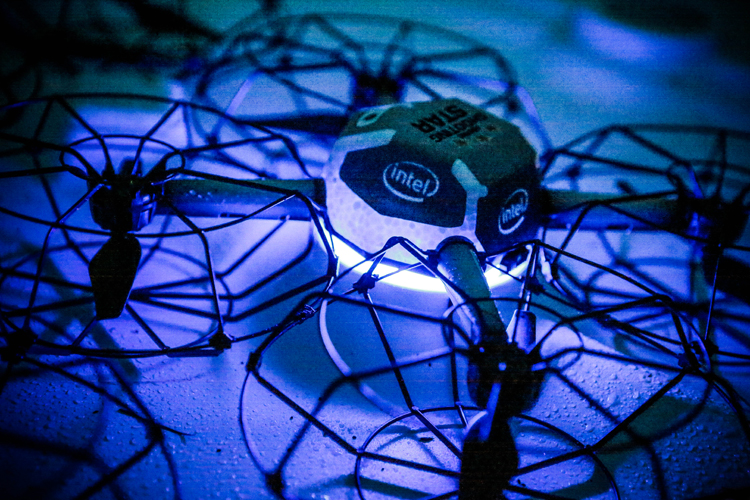 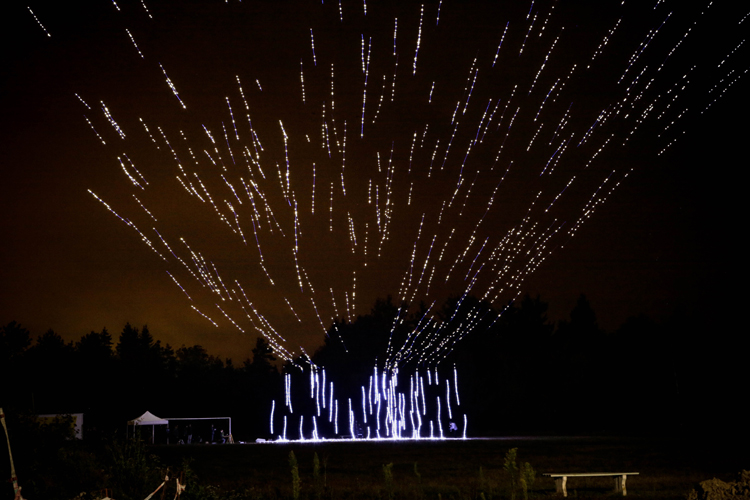 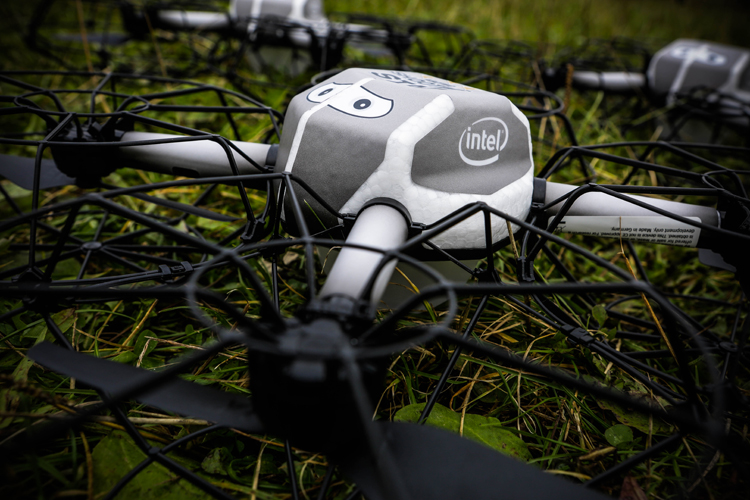 all images and video courtesy of Intel