In a global debut at CES 2017, Honda has unveiled its Moto Riding Assist technology, which leverages Honda’s robotics technology to create a self-balancing motorcycle that greatly reduces the possibility of falling over while the motorcycle is at rest. Rather than relying on gyroscopes, which add a great deal of weight and alter the riding experience as announced by other companies, the Honda Moto Riding Assist incorporates technology originally developed for the company’s UNI-CUB personal mobility device.

Powered by an digital system, the technology disengages the handlebar from the front forks when the motorcycle is travelling at speeds below three miles-per-hour, allowing a computer to take control. The system can also sense leaning. When it does, it swings the wheel to either side to counteract any tipping. It also adjusts the angles of the front forks, lowering the bike’s centre of gravity to improve stability. 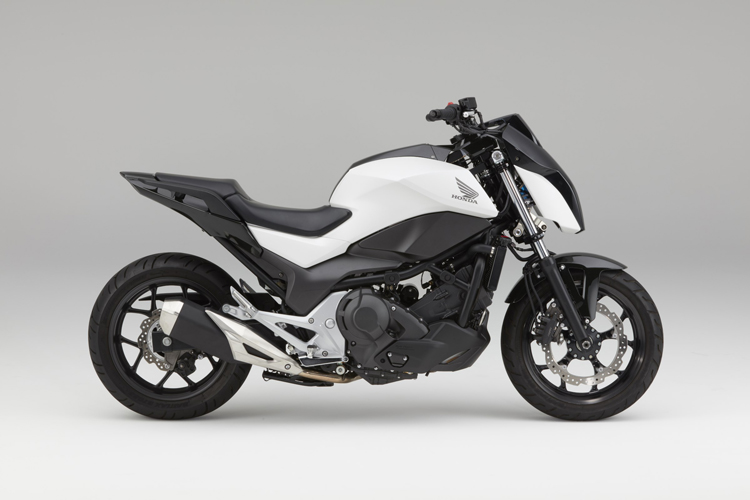 “This would be for those who want to relax a little bit and not stress out about falling over, if they’re older or a little shorter in stature or the bike is heavier,” explained Honda’s Lee Edmunds during a demonstration. “This takes away that anxiety.”

Although the motorcycle is still in the prototype stage, Honda says it has the potential to cut road deaths and improve riding experience.

This kind of technology was also introduced by BMW in their latest concept motorcycle, which has an inability to fall over – claiming to make “accidents a thing of the past”.

all images and video courtesy of Honda