Inspired by land-speed record bikes on the Bonneville Salt Flats, the BMW Alpha is the result of a collaboration between the Turkish designer Doruk Mehmet Erdem and American machinist Mark Atkinson.

“Great white sharks have always been an inspiration to me,” said Erdem. “So I decided to mimic their anatomy for Alpha’s bodywork. It had to look powerful and beautiful at the same time.” 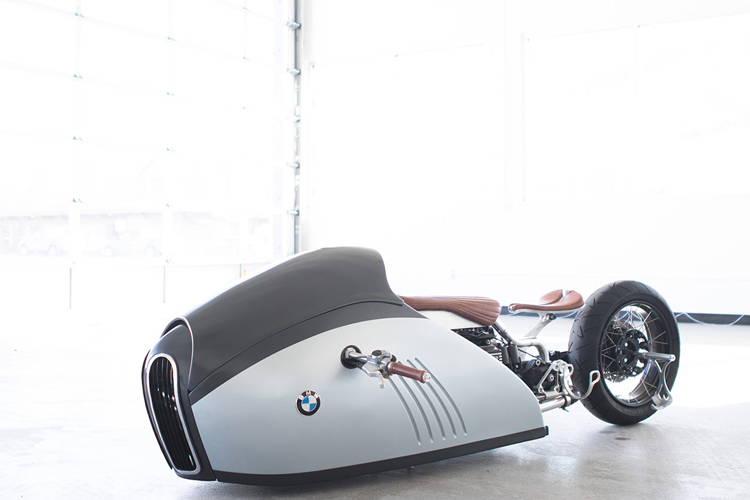 “If you look at the body of a shark, you can see that it’s clean and perfect. But inside, it’s so complicated. So Alpha’s front end is clean and smooth, while the back is the powerful and ugly side—symbolizing the tail of the great white,” adds Erdem. “The rear has to show where the power comes from, whereas the front is about aerodynamics. There is no connection between those two styles. The rider must be the connection between beauty and the beast.” 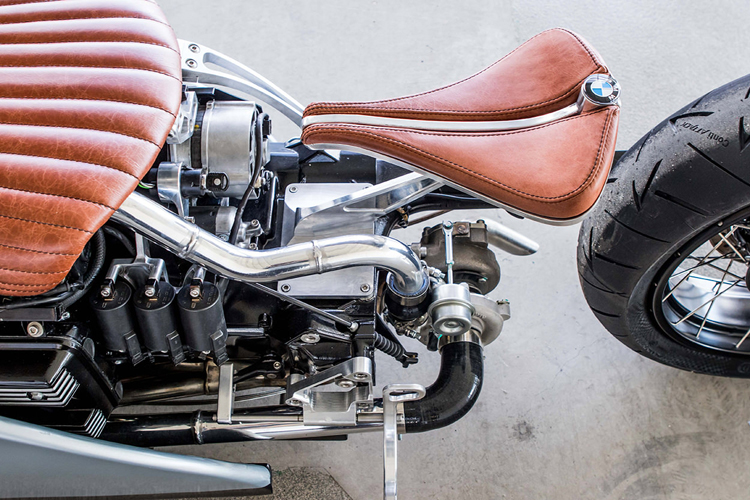 Based upon the classic BMW K75 Triple, the BMW Alpha features an elegant rolling chassis with hand-made bodywork that truly mimics Erdem’s other-worldly concept. The sculptural front fairing is shaped by Mark Atkinson in a neo-retro style, an emerging influence in the designers portfolio.

With his background as a machinist, Makr has realized most of the Alpha’s components from scratch. Its also features a bespoke chassis, center hub pivot, hand-machined aluminum linkage, plus a bellcrank-actuated steering system. 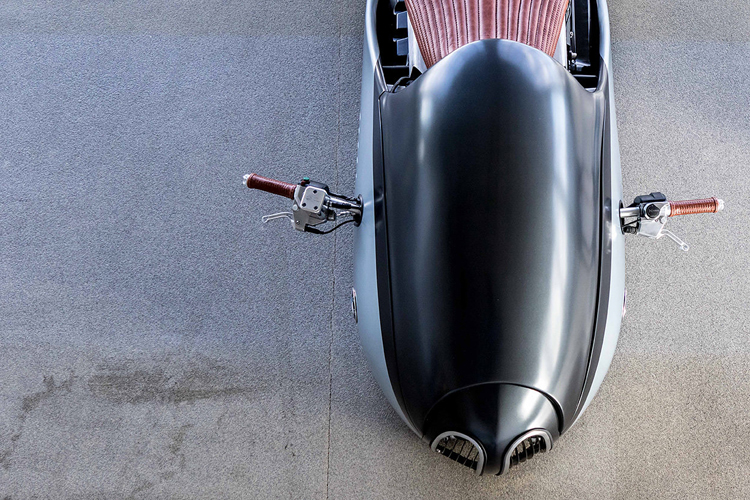 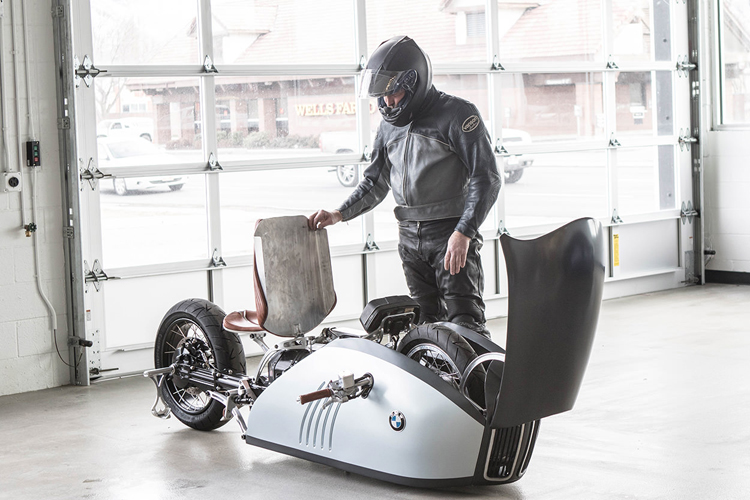 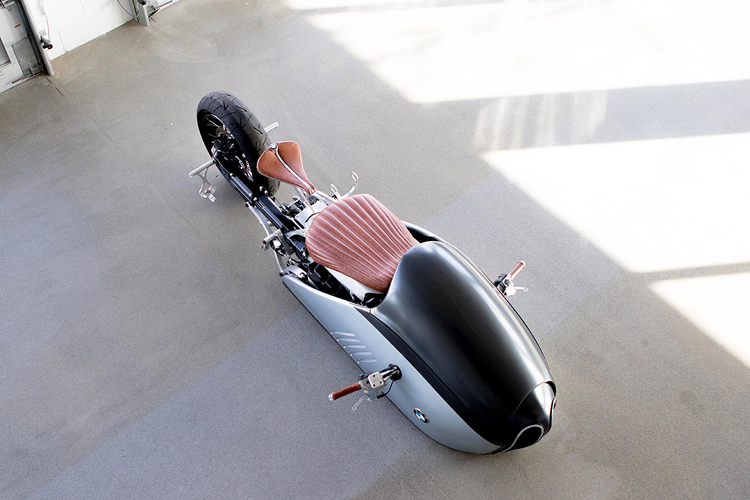 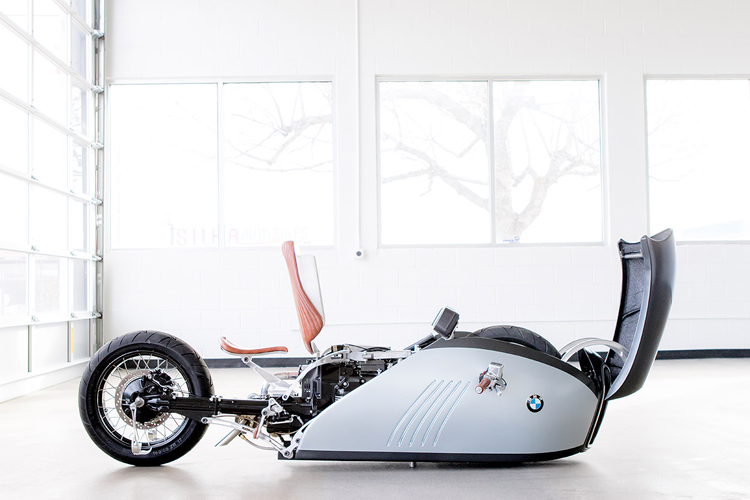 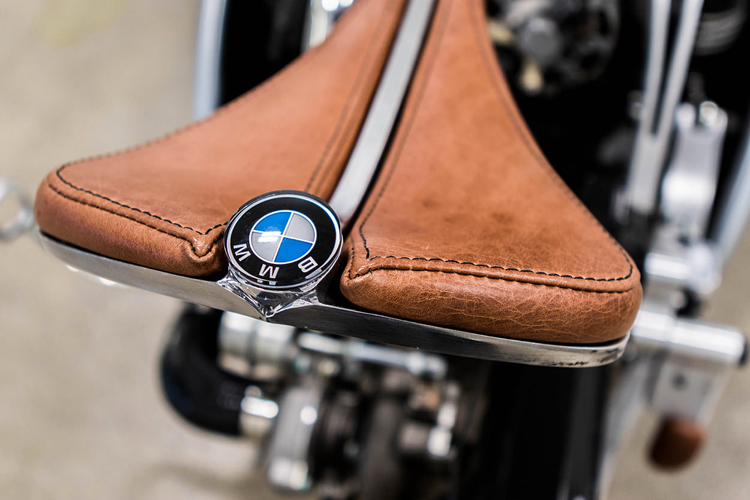