RM Sotheby’s is auctioning off a legendary 1995 Ferrari F50 that was once owned by former boxer Mike Tyson. At its heart was a 4.7-liter naturally aspirated V-12 engine with five valves per cylinder and twin overhead camshafts per bank, derived directly from the engine used in the 1990 Formula 1 season. As fitted to the Ferrari F50, it was capable of producing 520 horsepower at 8,000 rpm but was capable of reaching an eardrum-shattering 10,000 rpm.

The six-speed longitudinal gearbox, complete with a limited-slip differential, was fitted behind the engine, between which the oil tank was mounted for the dry-sump engine lubrication system. To help rein in the power, massive drilled and ventilated disc brakes were fitted with Brembo-supplied four-piston brake calipers. 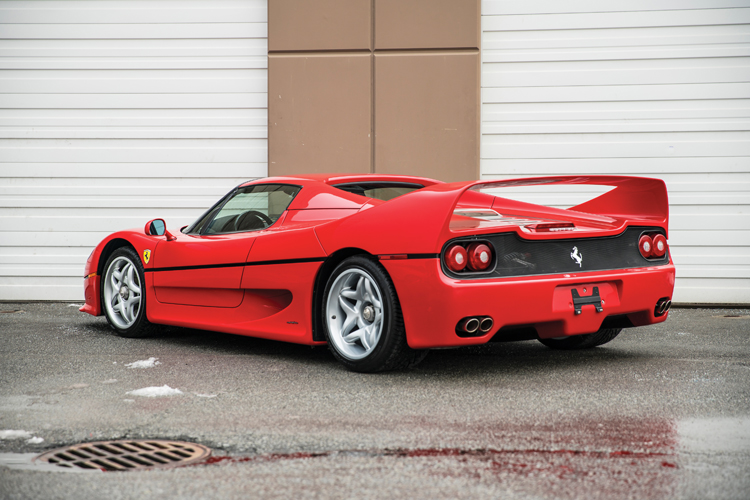 This fanatical attention to detail in adding performance and reducing weight paid massive dividends in terms of performance. Capable of rocketing to 60 mph from a standstill in just 3.6 seconds, the F50 could accelerate onwards toward a top speed of 202 mph if the driver was brave enough to keep accelerating. Even more incredible was the car’s time for a standing mile – just 30.3 seconds. 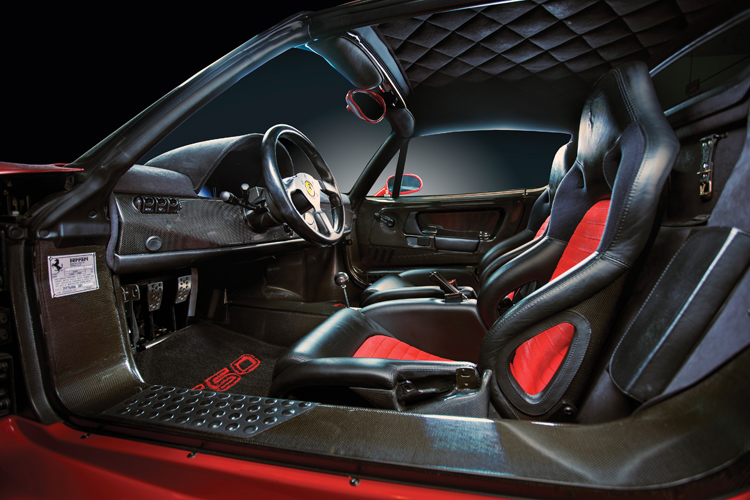 The example offered here was the 73rd of the 349 Ferrari F50s produced, one of only 50 U.S.-spec examples made. Delivered to Nader Amirvand of Auto Market in Fountain Valley, it was subsequently sold with a new 456 in a package deal, reportedly at full sticker price, to the legendary heavyweight Champion boxer Mike Tyson. The car remained with Mr. Tyson, its original owner, for several years, before being resold through a Seattle broker to local computer magnate, Kevin Markus, with 4,900 miles. 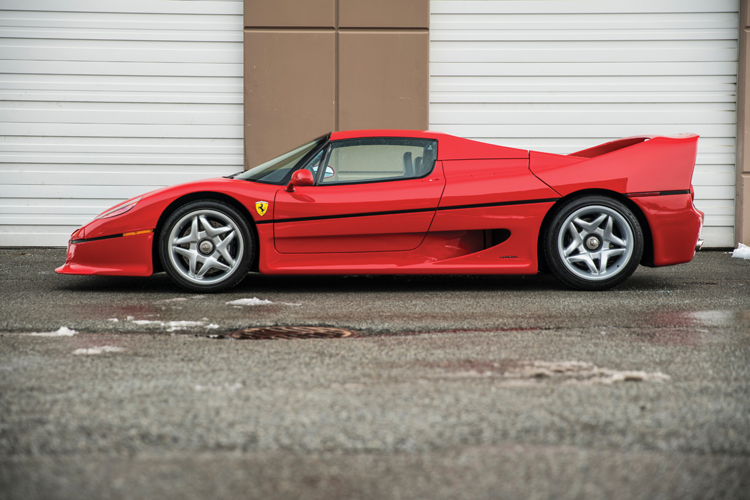 RM Sotheby’s expects the car to sell for between $2.2 and $2.4 million, slightly more than the $2.25 million estimate for a nearly flawless example, which this car appears to be. According to the listing, the car has never been driven hard and has been well maintained throughout its life, with 5,694 miles recorded at the time of cataloguing. 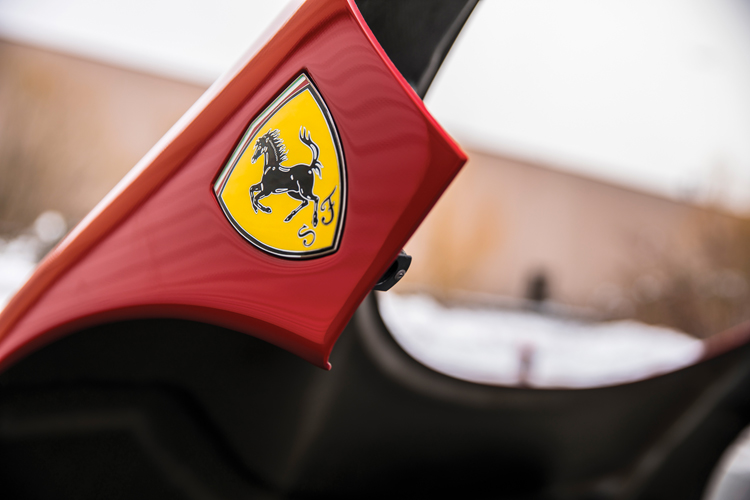 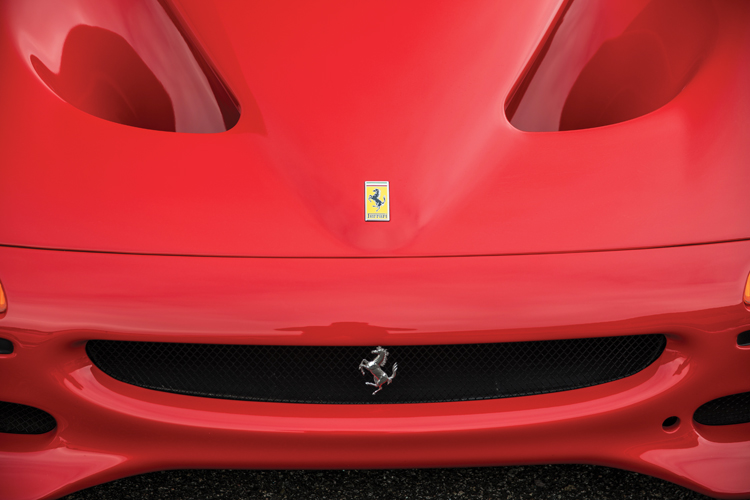 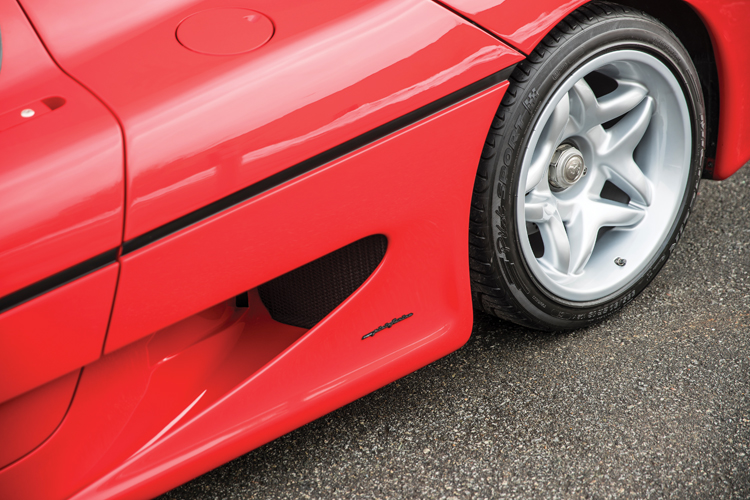 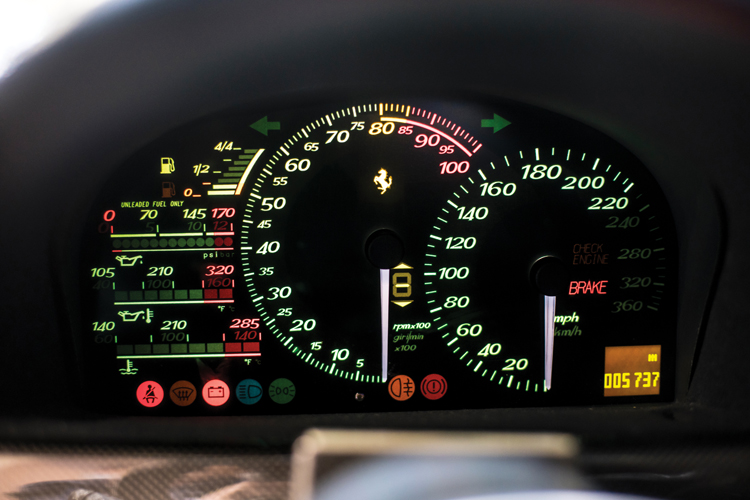 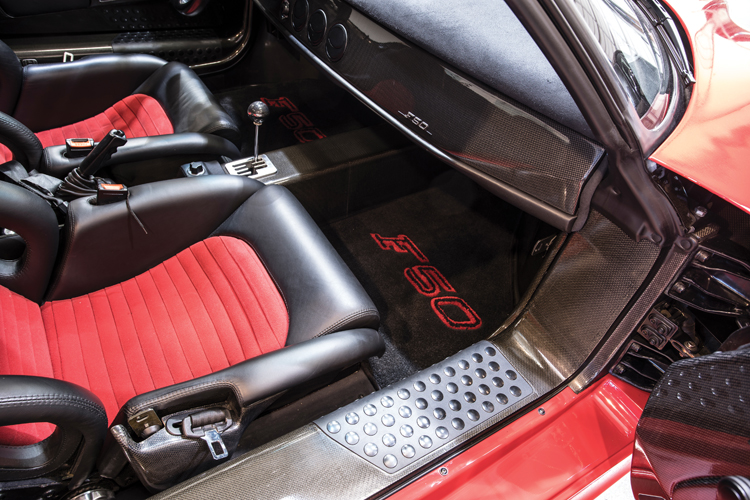 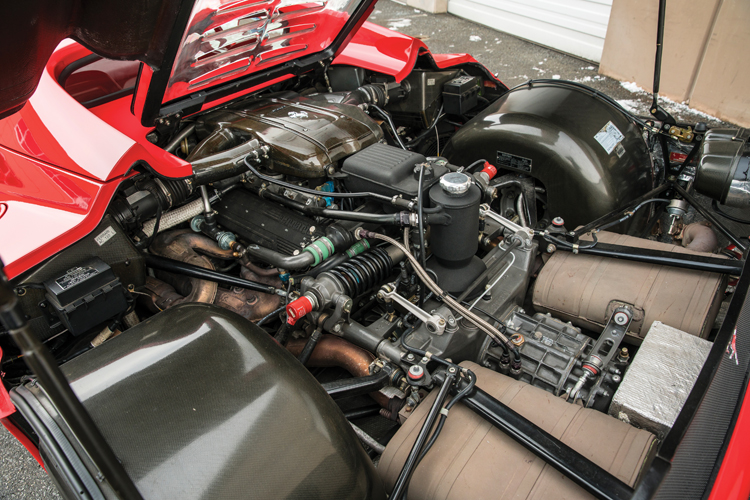 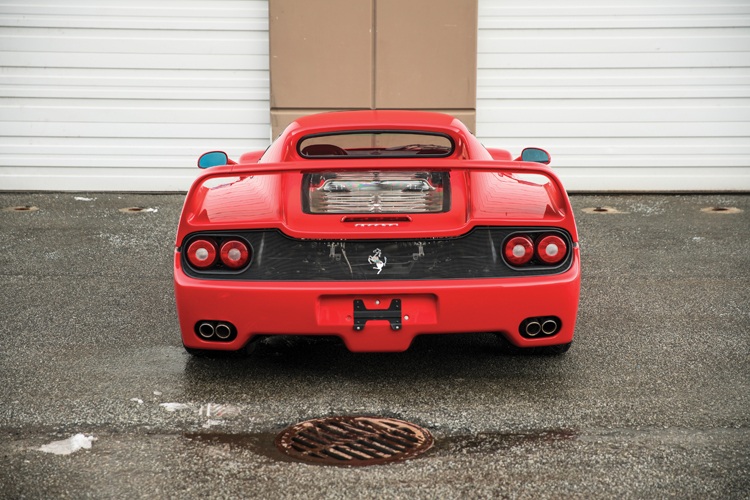