French car company Peugeot has revealed a glimpse into the future of mobility with its Instinct concept, an electric shooting brake which offers the option of fully autonomous driving. The Peugeot Instinct Concept is powered by a PHEV powertrain offering 300bhp. The car features both ‘Drive’ and ‘Autonomous’ modes, affording the driver the choice between an engaging drive and the convenience of a fully autonomous vehicle.

Peugeot Instinct is programmed with four distinct driving settings. In ‘Drive’ mode, drivers can opt for ‘Drive Boost’ or ‘Drive Relax’, and in ‘Autonomous’ mode they have the option of ‘Autonomous Soft’ or ‘Autonomous Sharp’, balancing comfort and optimised journey times. On board technology includes an ‘Internet of Things’ (IOT) platform, and the Samsung Artik Cloud, which syncs with the user’s devices. This enables the car to learn its user’s lifestyle and preconfigure its settings – for example, driving mode, seat and interface settings, ambient lighting and audio can all be adapted seamlessly to the user’s routines. 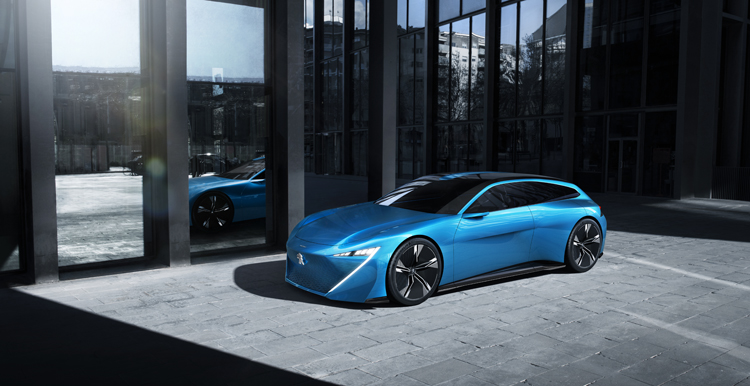 This intelligent technology means Peugeot Instinct can adapt to match certain behaviours. For example, it can read data from a smartwatch and configure its settings to ‘Autonomous Soft’ mode to give the driver a relaxing ride home after a trip to the gym. Or, through the synchronisation of the driver’s diary and the vehicle navigation system, the driver is prompted to set off for an appointment 15 minutes earlier, to allow for the traffic and weather conditions at that time of day. 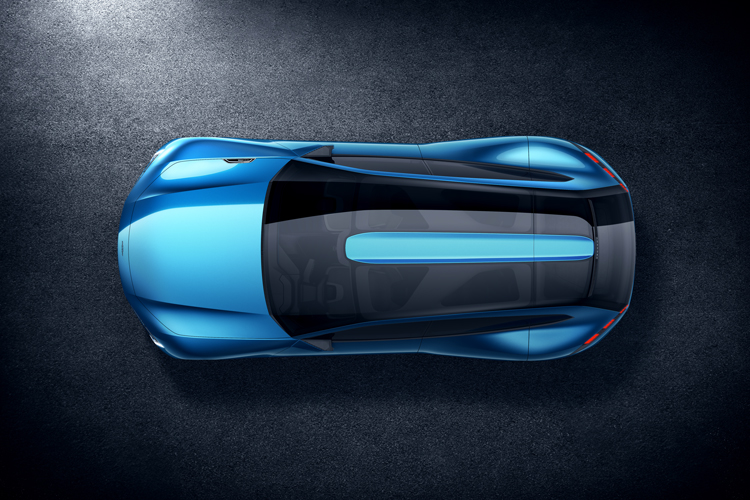 Externally, the aerodynamic, sculpted body is designed for maximum fuel efficiency but also to catch the eye. The styling houses Peugeot Instinct’s ground-breaking technology, including cameras in each LED headlamp which enable the car to scan the road ahead and communicate with the driving assistance systems. However, the driver remains fully in control at all times and is able to determine whether they have a hands-on or autonomous drive. 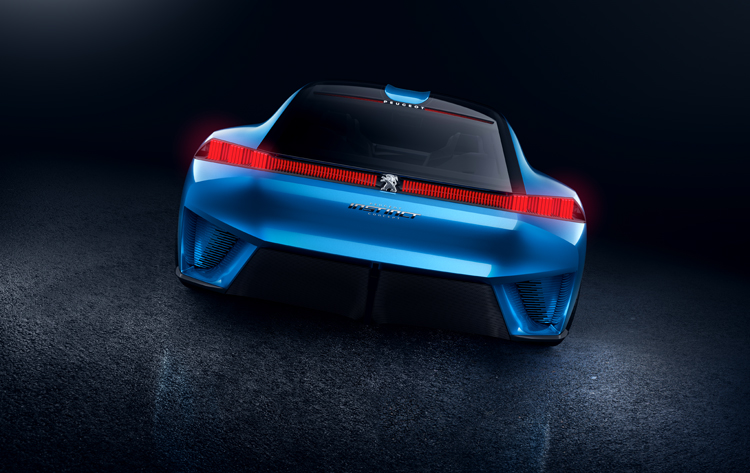 Inside, Peugeot Instinct evolves the award-winning Peugeot i-Cockpit interior architecture with a highly tactile, adaptable cabin, which switches from being a focused driving environment to a comfortable lounge space.

The Responsive i-Cockpit seen in Peugeot Instinct reacts when switching between ‘Drive’ and ‘Autonomous’ modes to create the most suitable environment according to how the car is being used. When in ‘Autonomous’ mode, the trademark PEUGEOT compact steering wheel and toggle switch panel fold into the dashboard and the accelerator pedal folds back into the pedal unit to maximise space.

In both ‘Drive’ and ‘Autonomous’ modes, the driver retains control over the vehicle via the i-Device, which sits next to the 9.7” screen in the centre console. The i-Device enables the driver to switch between modes so they can take action, like overtaking the car in front. 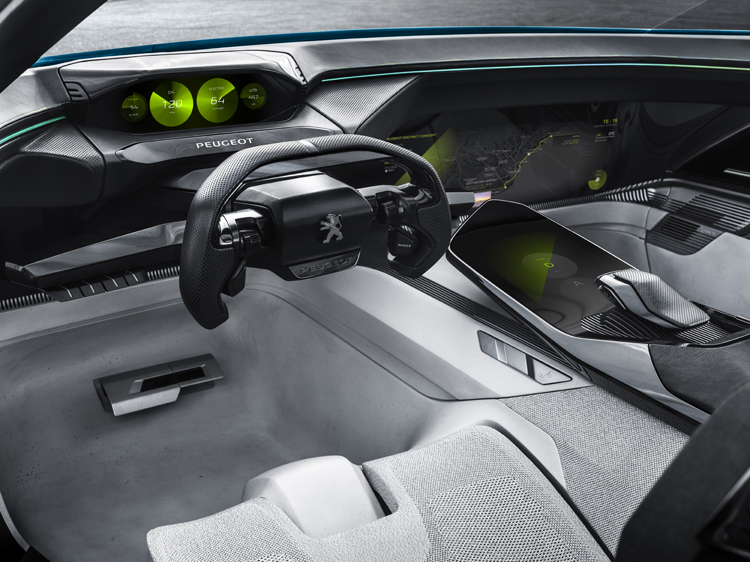 Peugeot Instinct showcases optimal levels of seating adjustment, taking inspiration from aeronautic design.  The seat base, seat back and headrest are all treated individually, allowing the occupant to select the position most suited to them – horizontal if they want to rest, upright to drive, or in-between to watch a film or work.  Passengers can also all communicate with the vehicle via a chatbot, a speech-driven personal assistant offering a vast array of services, including booking cinema tickets or buying online. 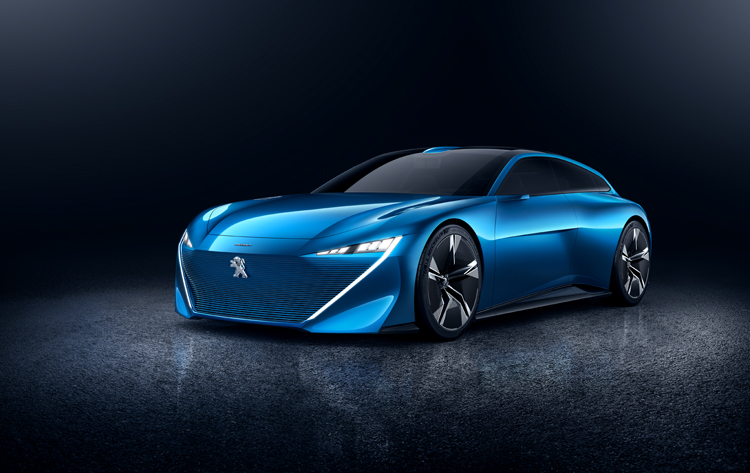 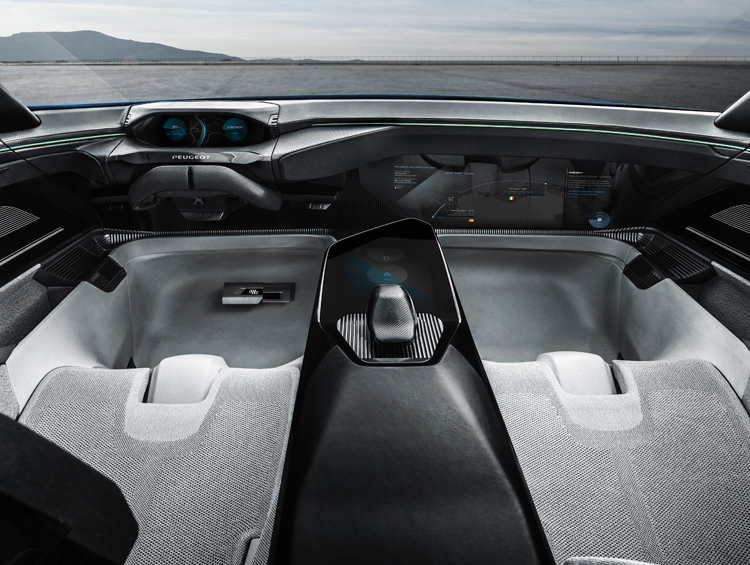 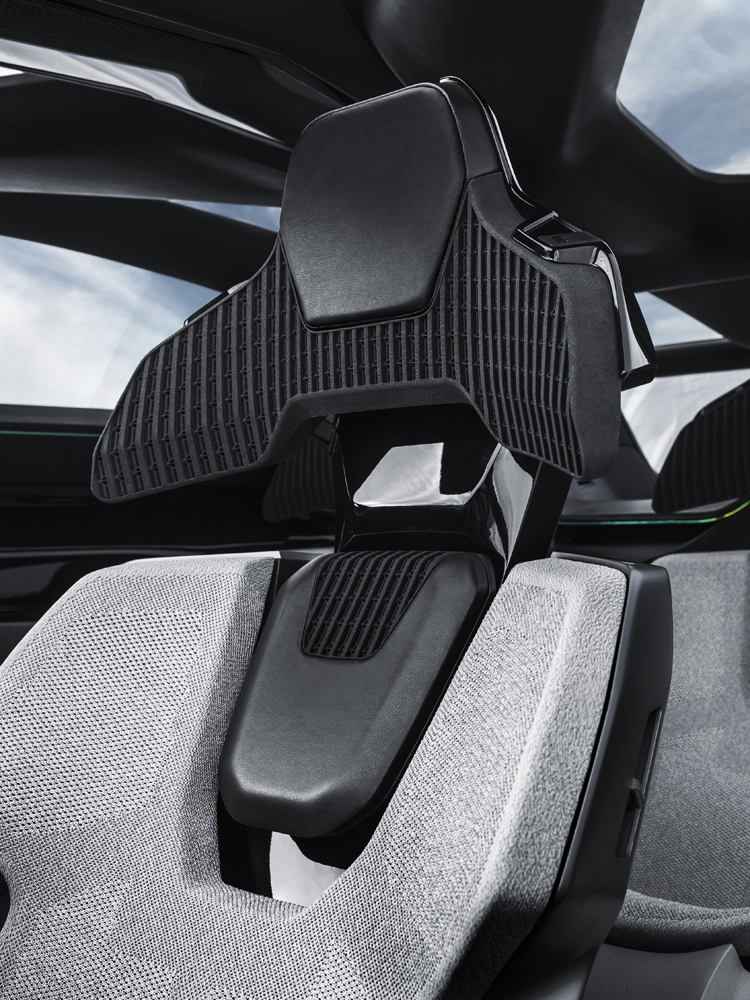 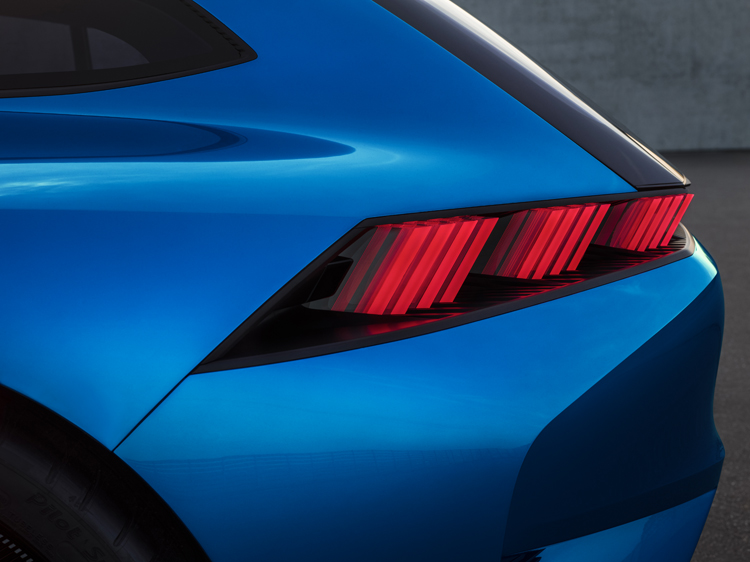 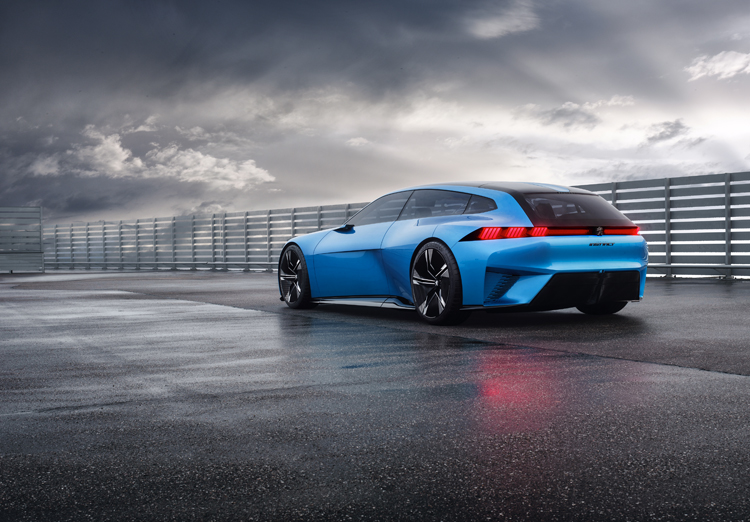 all images courtesy of Peugeot