Roborace has unveiled the world’s first driverless electric racing car , the Robocar,  at this year’s Mobile World Congress in Barcelona. The autonomous Robocar, manufactured by Roborace, uses a number of technologies to “drive” itself. These include five lidars (like a radar, but using light from a laser), two radars, 18 sensors and six cameras. 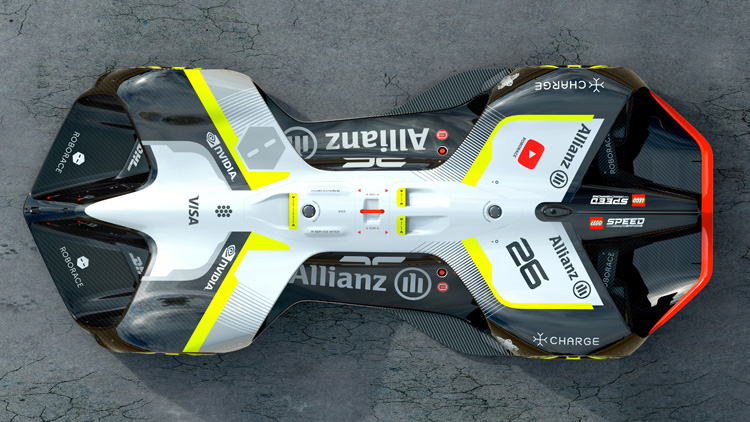 The Robocar, designed by Daniel Simon, the automotive futurist who creates vehicles for Hollywood sci-fi blockbusters including Tron Legacy and Oblivion, weighs 975kg and measures 4.8m long and 2m wide. It has 4 motors 300kW each, 540kW battery, is predominantly made of carbon fibre and will be capable of speeds over 198mph. The car is powered by Nvidia’s Drive PX2 brain, capable of up to 24 trillion A.I. operations per second to be programmed by teams’ software engineers using complex algorithms.

The Robocar provides an open-source platform for racing companies to develop their own driverless vehicles, with the ultimate goal being that all teams competing in Roborace will use the same Robocar software. 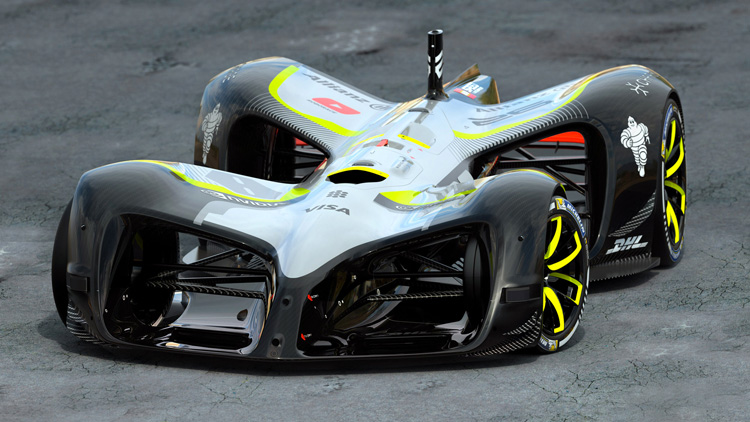 The ‘brain’ of the Robocar, the Nvidia Drive PX2, uses artificial intelligence to tackle the complexities inherent in autonomous driving. It utilizes deep learning for 360-degree situational awareness around the car, to determine precisely where the car is and to compute a safe, efficient trajectory.

Michelin are the series’ official tyre partner using the Roborace platform to develop their own next-generation road tyres that will be capable of handling the speeds and rigours of a new format of driving. The tyres on the Robocar will also be used for everyday road cars as the series constantly looks to advance technology from the track directly on to our streets. 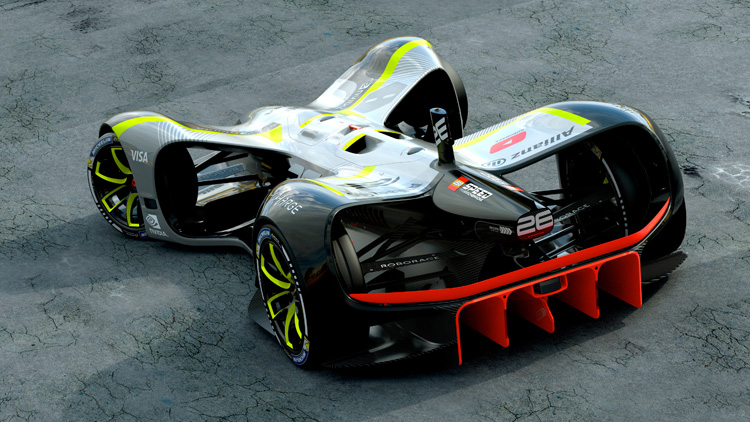