The moon rover Audi Lunar Quattro celebrates its movie debut in Ridley Scott’s sci-fi blockbuster “Alien: Covenant” which premieres worldwide this May. Audi experts have developed the Audi Lunar Quattro in cooperation with the German start-up “Part-Time Scientists”. It will soon embark on an actual mission to space.

Director Ridley Scott has integrated the Audi Lunar Quattro into “Alien: Covenant,“ a new chapter in his groundbreaking “Alien” franchise. The crew of the colony ship Covenant, bound for a remote planet on the far side of the galaxy, discovers what they think is an uncharted paradise, but is actually a dark, dangerous world. When they uncover a threat beyond their imaginations, they must attempt a harrowing escape. In its film debut, the Audi Lunar Quattro is an integral part of the Covenant mission and is deployed to help Faris (Amy Seimetz) navigate and assess the challenging, unknown terrain of a new planet. 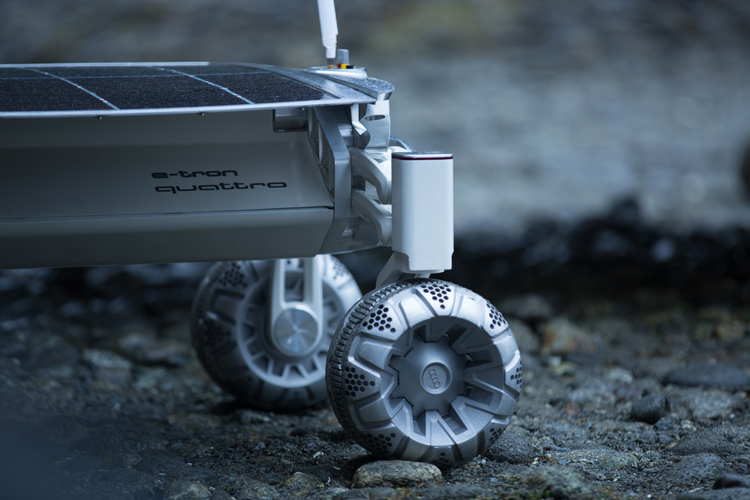 Incorporating the Audi Lunar Quattro into the film is part of the collaboration between Twentieth Century Fox and Audi. “The ‘Alien’ franchise is the best way for us to garner suitable attention for the moon rover developed by Audi, and to showcase Audi’s intelligent technologies in a visionary environment,” explains Giovanni Perosino, Vice President International Marketing Communication at Audi. 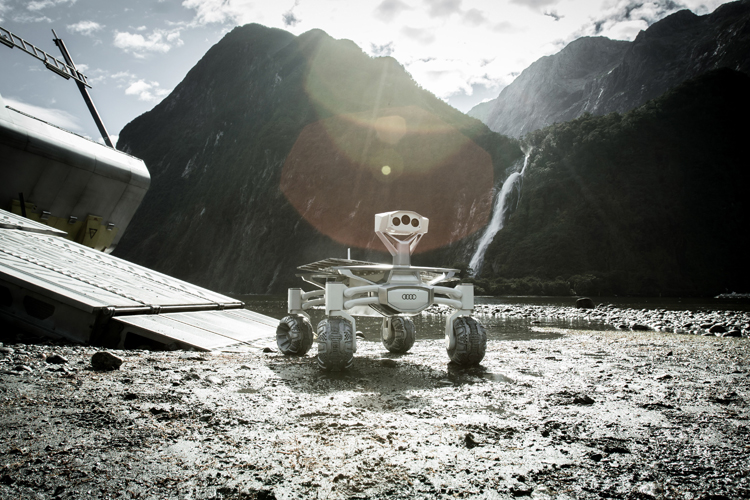 “Fox’s partnership with Audi on ‘Alien: Covenant’ is an opportunity to bring to the forefront the innovative work Audi is doing in exploration,” said Zachary Eller, Senior Vice President Marketing Partnerships at Twentieth Century Fox. “We’re happy to continue our long relationship with Audi that has allowed our filmmakers to incorporate authentic, leading-edge technology into their futuristic worlds.”

As part of the collaboration, a short movie created by Twentieth Century Fox, 3AM and Audi was captured on one of the movie’s biggest sets. It shows the Audi Lunar Quattro patrolling the Terraforming Bay when it detects an unidentified lifeform and goes to investigate what lurks in the dark. 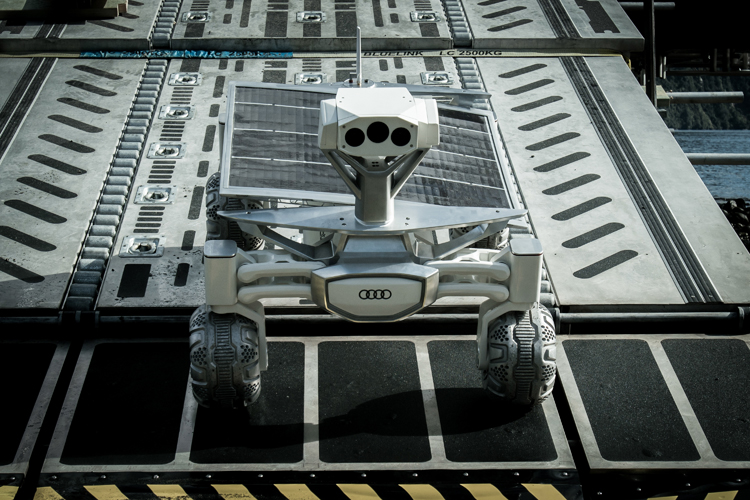 The Audi Lunar Quattro is preparing for an actual mission to the Moon. Since 2015, the premium manufacturer from Ingolstadt has worked with a team led by Robert Böhme, founder and CEO of “Part-Time Scientists”, on developing the rover. Audi experts have supported the Berlin-based start-up, in particular with Audi’s all-wheel drive expertise (quattro technology), expertise in lightweight construction, experience in developing vehicles with electric and plug-in hybrid motors (e-tron), and with design optimization. 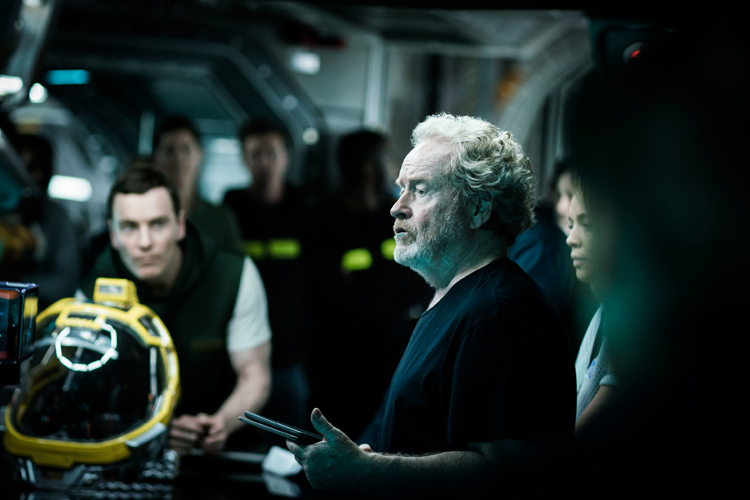 By selecting the finest materials, the developers have managed to reduce the weight of the exploration vehicle to just 30 kilograms. The Audi Lunar Quattro is 85 percent aluminum, produced by the 3D metal printer at Audi’s headquarters in Ingolstadt. A pivoting solar panel supplies the rover with energy. On top of that, you have intelligent quattro drive technology and the efficient e-tron motor. The car manufacturer’s Mission to the Moon is nearing completion: In the very near future, we can expect to see the advanced Audi Lunar Quattro set its course for the Moon.

For more on the story of the Audi Lunar Quattro’s origins and the cooperation with Twentieth Century Fox, visit on audi.com/mission.