In creating the all-new high-performance Ford GT, the pioneers behind the supercar designed it not only to win races but also to serve as a test bed for new technologies and ideas for future vehicles.

“When we began work on the all-new Ford GT in 2013, the team had three goals,” said Raj Nair, Ford executive vice president of Product Development and chief technical officer. “The first was to use it as a training ground for our engineers as we develop future engine technology and stretch our understanding of aerodynamics. Then, to push the boundaries of advanced material usage, such as lightweight carbon fibre. Finally, we set out to win the Le Mans 24 Hours, referred to by many as the ultimate test of endurance and efficiency.”

“Without this kind of integrated teamwork and combined organisation, it would have been impossible to deliver the all-new Ford GT in its current form,” said Dave Pericak, global director, Ford Performance. “This kind of collaboration was critical to not only bringing Ford GT back to life but for experimenting with the kind of innovations needed to create the ultimate supercar.” 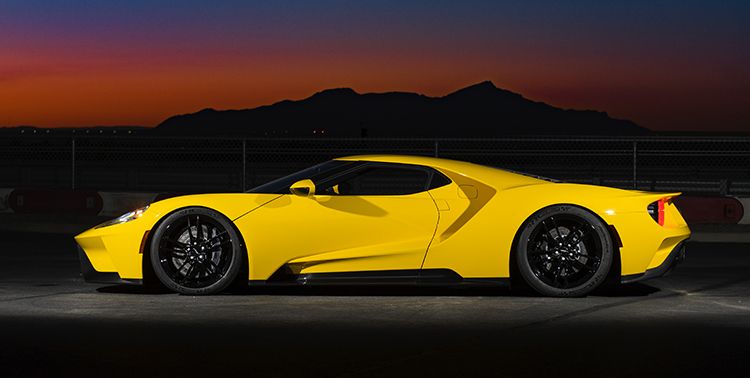 GT has proven power to inspire. The 2005 Ford GT, for instance, featured a lightweight aluminium alloy body that helped reduce weight to improve performance. Lessons learned from its production led to the innovative use of high-strength aluminium alloy in today’s Ford F-Series pickup trucks – shedding hundreds of kilograms of weight, while also improving capability, performance and fuel efficiency.

While GT looks fast standing still, the team optimised every shape to make it as aerodynamic as possible.  A key goal was to reduce drag and optimise downforce – which helps give the supercar stability and grip on the track while accelerating, cornering and braking.

GT’s aerodynamics change on demand to meet varying driving conditions, thanks to moveable elements around the body, including special ducts in the front, and a large deployable wing. The flaps open and close depending on whether GT’s wing is up or down, so the car remains aerodynamically balanced from front to back at all speeds. When the wing is up, the ducts close to increase downforce; when the wing is down, the ducts open to decrease downforce.

The supercar’s wing includes all-new Ford technology – a patent- pending design that changes the shape of the aerofoil for maximum efficiency when fully deployed. The unique design also includes a small gurney flap which, when combined with the shape change, results in a 14 per cent improvement in overall efficiency.

Even the engine helps GT’s aerodynamics. The compact six- cylinder design of the car’s EcoBoost engine allowed the team to taper its fuselage to more efficient dimensions than a larger V8 configuration engine would have allowed. In addition, the low placement of the engine’s turbochargers and outboard placement of the turbo intercoolers ahead of the rear wheels help to taper the fuselage around the engine. 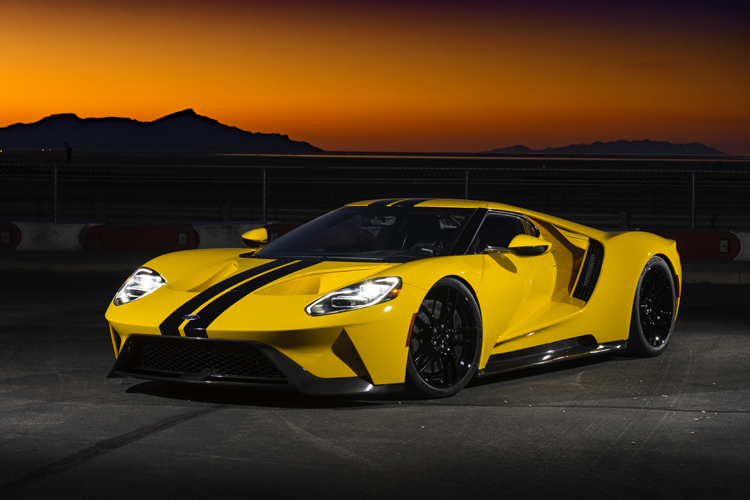 Carbon fibre is an important new element that helps GT deliver both weight savings and sleek body shapes in ways not possible with steel or aluminium.  Working with partners, including Multimatic and DowAksa, Ford is developing new ways to enable future faster, high-volume production of carbon fibre parts.

For example, GT’s iconic flying buttresses that extend from the roof to the rear fenders wouldn’t be possible in steel or aluminium because of the limitations of conventional metal stamping. Yet, carbon fibre can be shaped into complex geometric designs because it’s cut to a specific shape as a cloth and strengthened by curing at a high temperature. 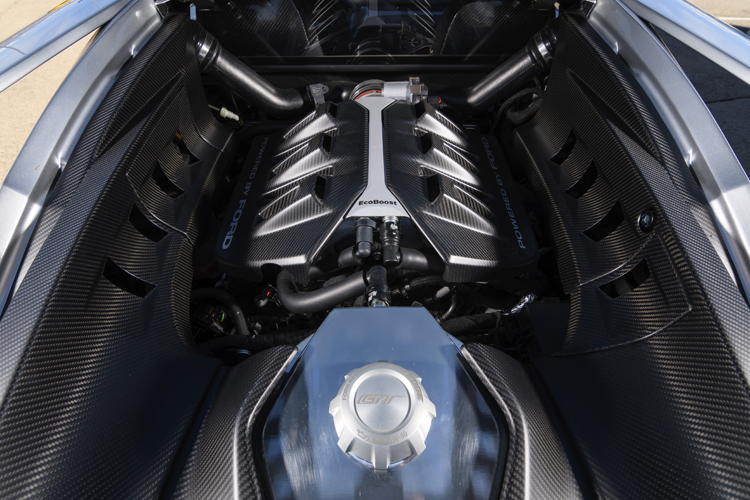 “We pushed the engine’s limits beyond what we might consider in traditional development programs, which is important as we continue to advance EcoBoost technology as a centrepiece of the company’s global lineup,” said Bob Fascetti, Ford vice president, powertrain engineering. 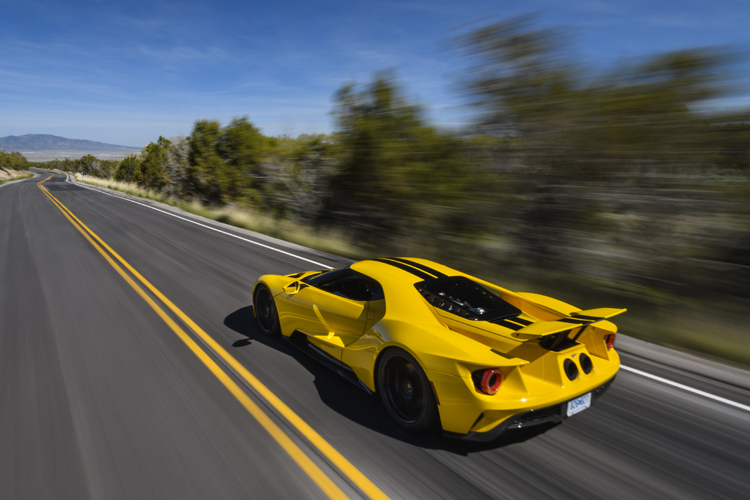 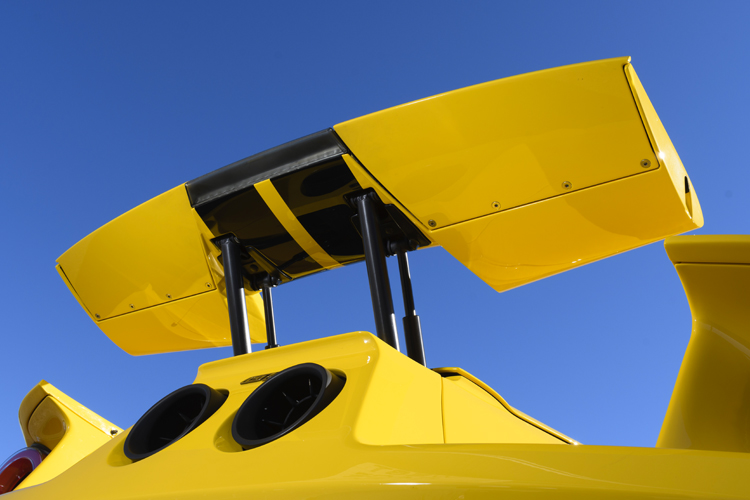 “All of the weight savings and engine advancements served a singular purpose – creating the fastest, most-efficient Ford GT ever,” Pericak said. “Once that was achieved, we reinvested some of those weight savings in truly innovative technology that made the car even faster and more fun to drive.”

These technologies include GT’s hydraulic suspension, which changes ride height with a turn of the knob that adjusts Drive Modes.  The suspension lowers the supercar from Normal mode into Track mode – a 50 millimetre difference the driver can see and feel. Track mode raises the wing and closes the front splitter ducts, delivering optimal downforce for spirited, closed-course driving. 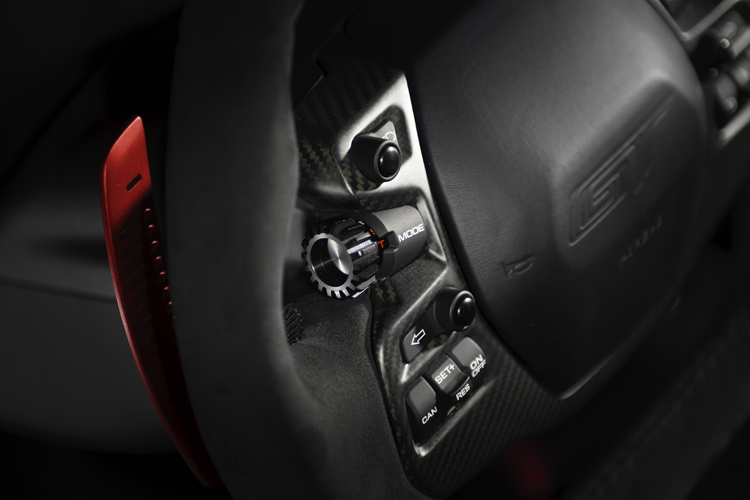 When the GT changes modes from high to low ride height, changes in spring rates, matching damper settings, and active aerodynamics, come together to create two unique cars in one.

Another feature of the hydraulic suspension – front-lift mode – helps GT clear speedbumps and driveways. The driver can raise the front of the car on demand at speeds below 40 km/h (25mph). The system automatically returns to normal lower ride height when it reaches 40 km/h (25 mph). 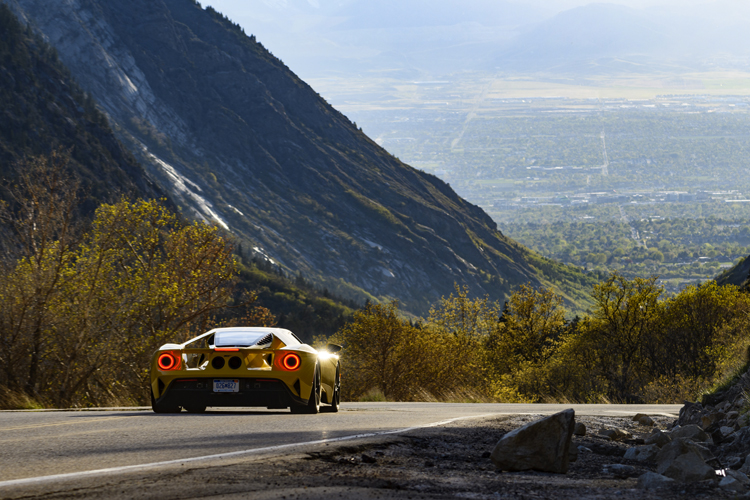 GT’s role as a technology test bed is evident throughout the supercar, with some innovations, such as carbon fibre lightweighting, serving as longer-term possibilities, while others are hitting showrooms soon.

As new Ford GTs continue to roll into owner driveways, other Ford customers can expect to find a little bit of the supercar in their future vehicles as well. 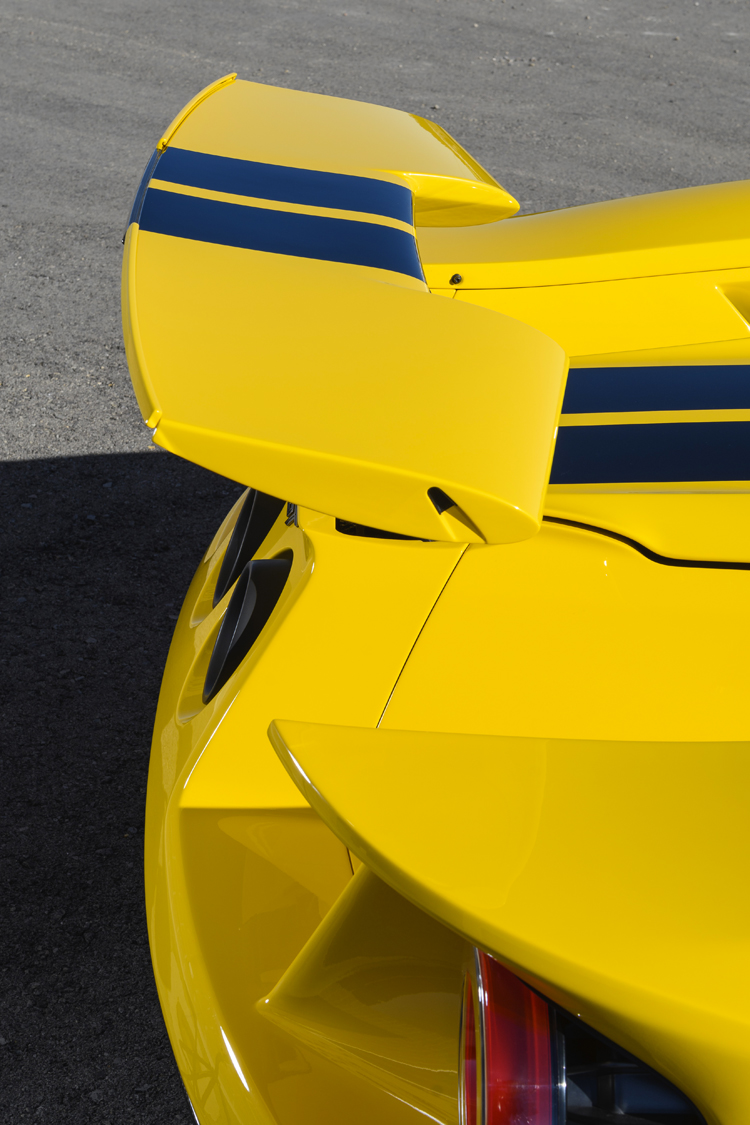 all images courtesy of Ford