Over the years, several custom shops have added surfboard racks to their motorcycles, such as the stunning Yamaha Yard Built XV950 ‘D-Side’. The latest example comes from talented team at Deus Ex Machina in the form of The Sea Sider. Based on a 1974 Honda Super Cub C70, The Sea Sider is a surf commuter built for the itinerant surfer, powered by an engine from a 1995 Honda Astra scooter. 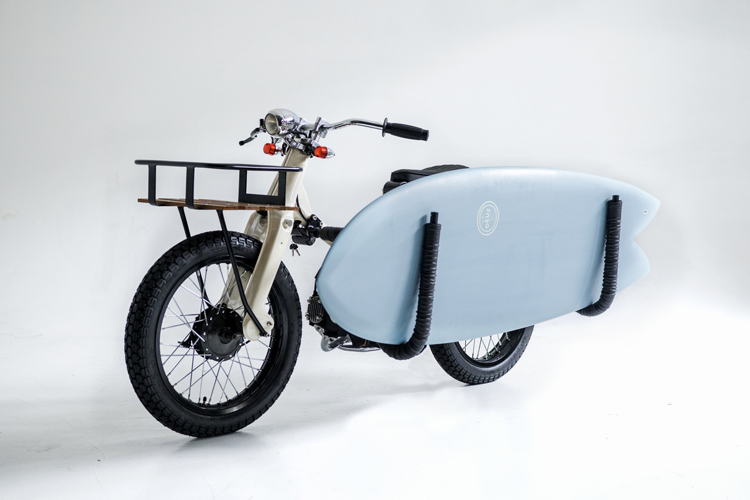 To add to the bicycle-esque feel of the ride, Deus sourced a few vintage bicycle pieces from a neighboring island, such as the handlebars and the front light.

“We wanted to build ourselves a new surf-commuter for around Canggu,” says Deus’ Tom Hawkins. “Previously, it would have needed off road capability, but the roads in the area are now smoothly paved. So we decided to give this new build more of a ‘bicycle feel’ to it.” 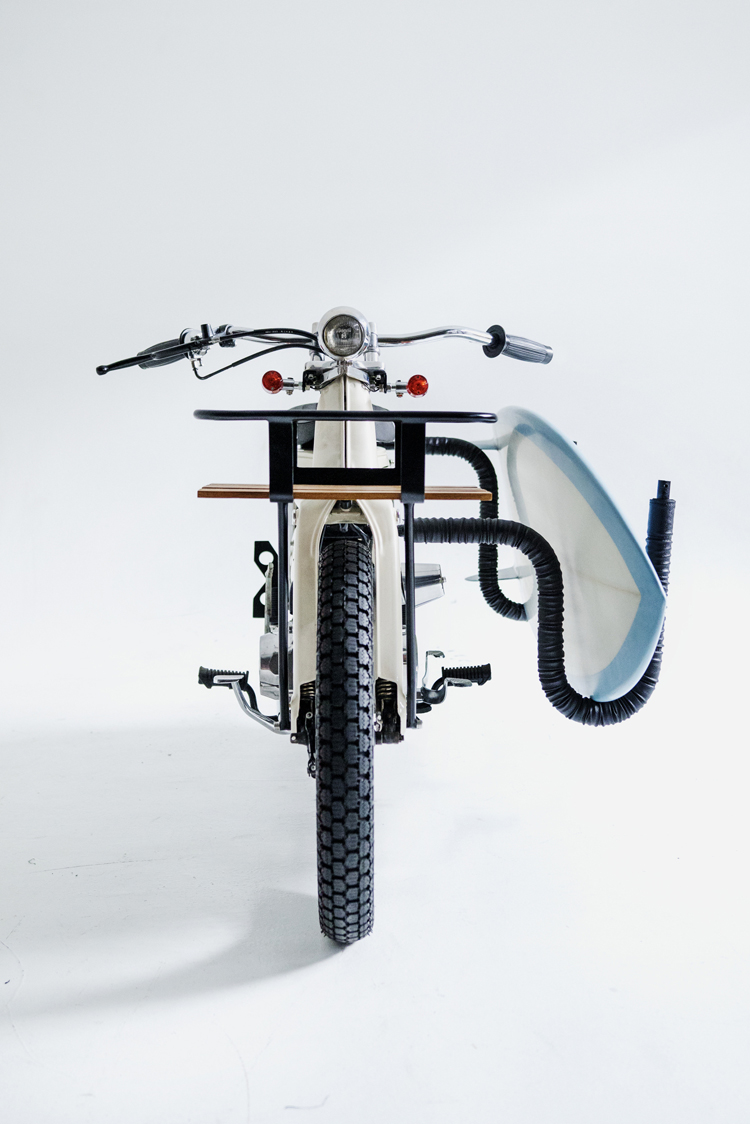 Another cycle-inspired addition was the front basket: A custom metal frame was cut and welded up, with wooden slats added to give it the perfect touch of nostalgia.

“The exhaust was hand made, along with the surfboard rack,” explains Tom. “The leather seat was made in a little shop just down the road, and the bars are sporting small Japanese switches.”

The Seasider” just got rolled onto the showroom floor at the Temple of Enthusiasm in Canggu, so if you are in the neighbourhood, drop by and check it out in person! 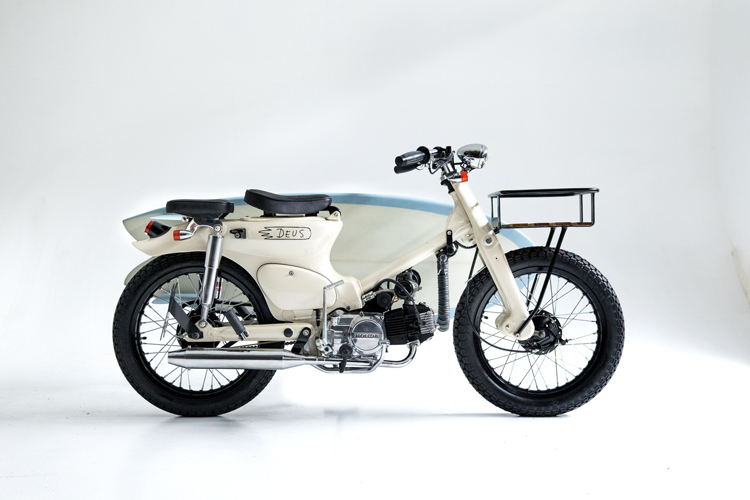 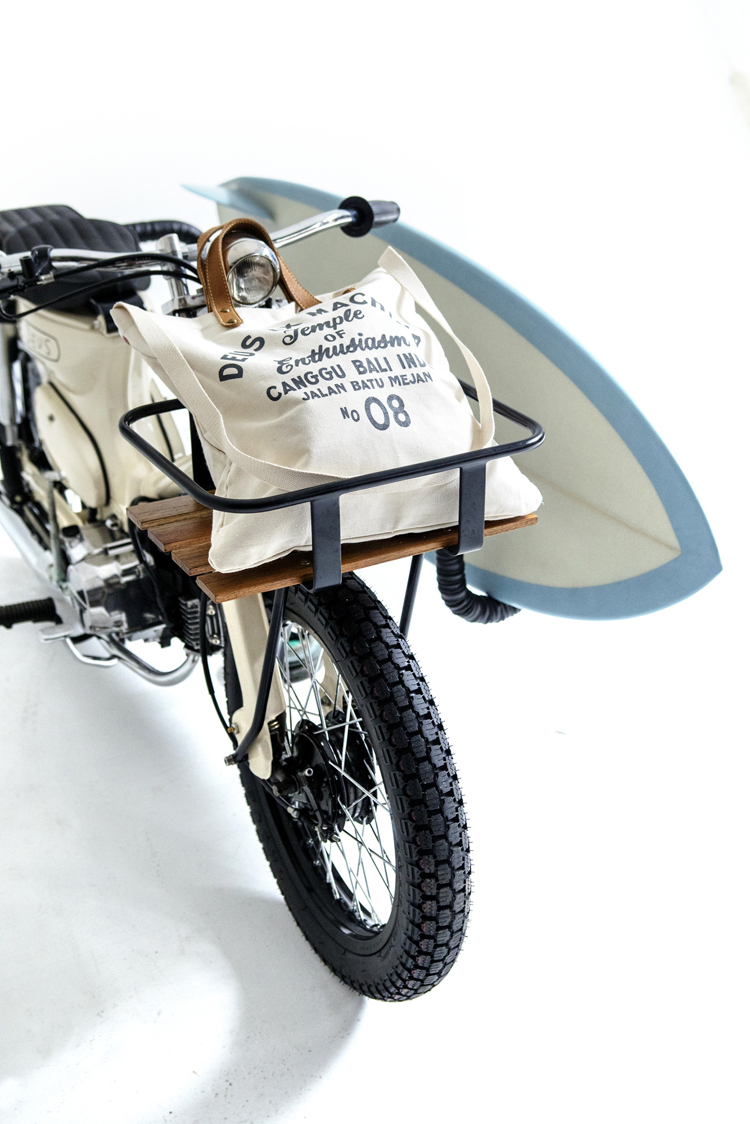 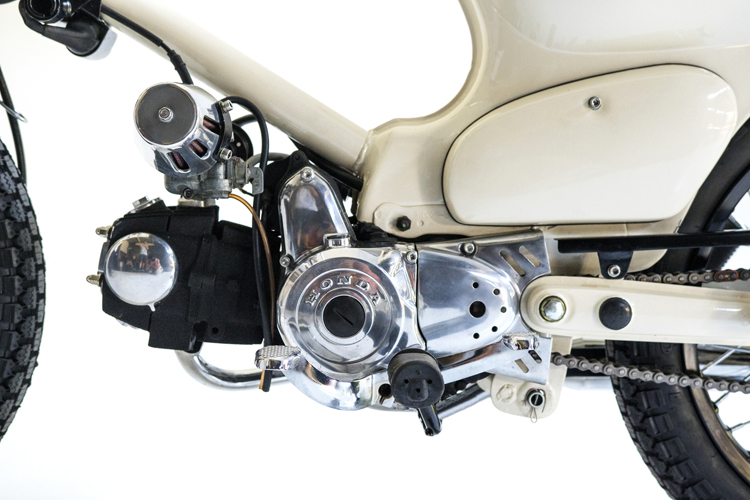 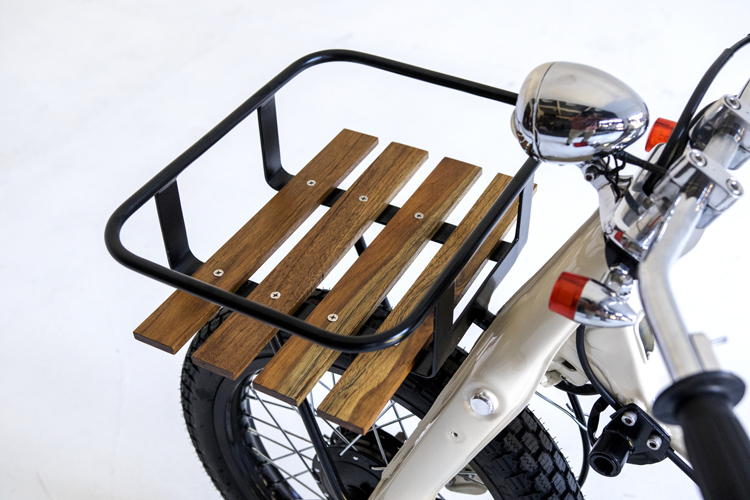 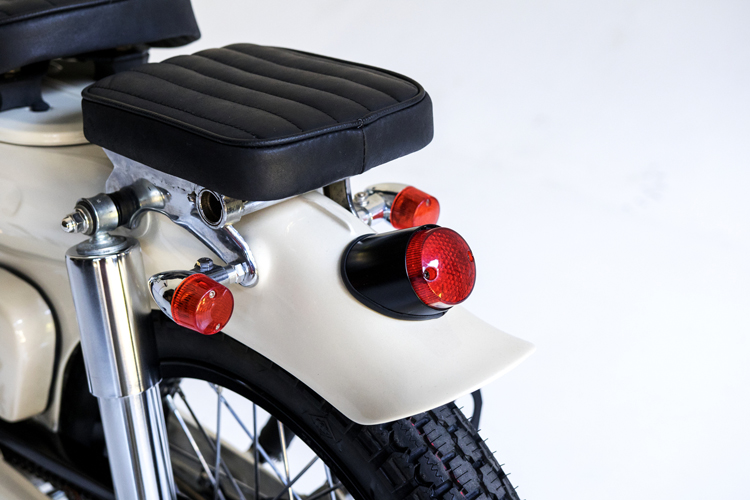 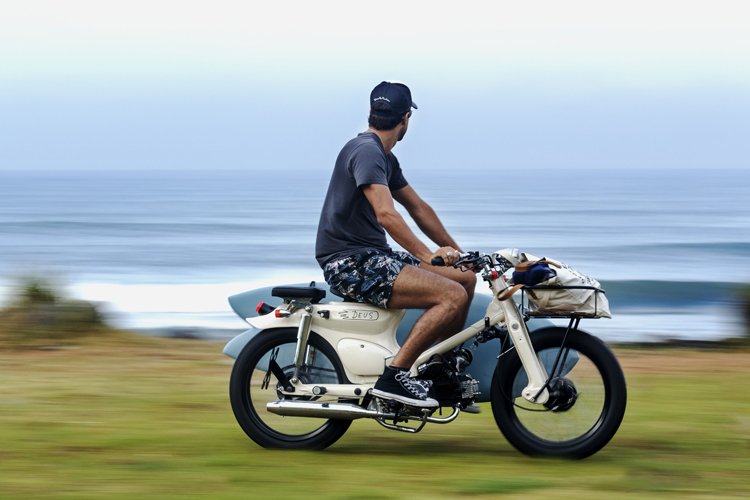 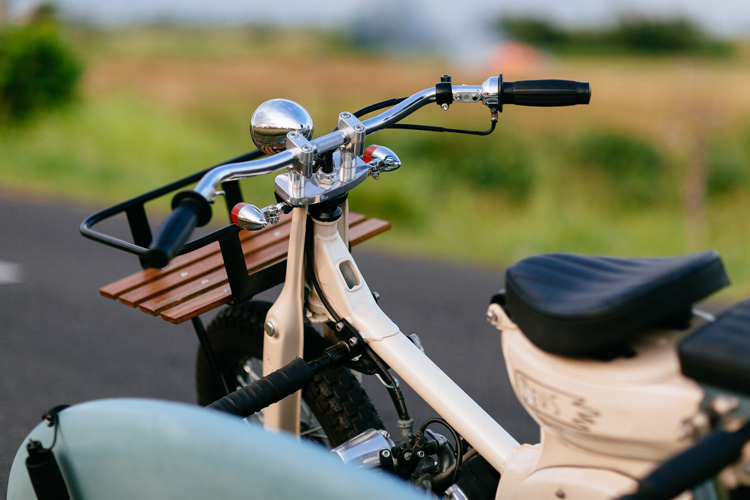 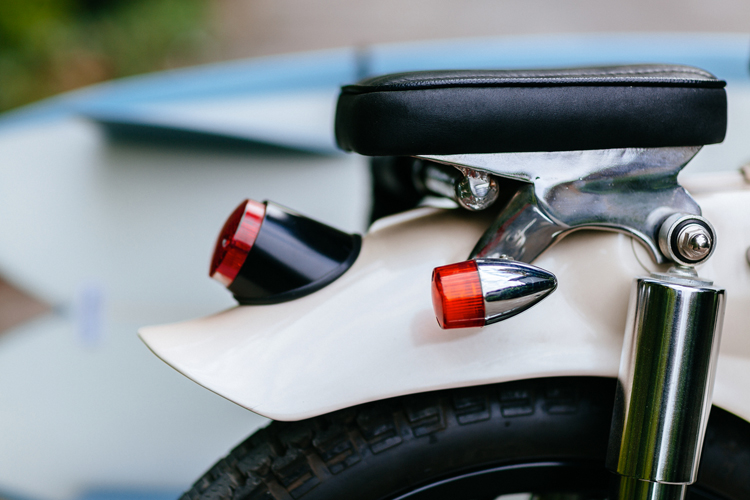 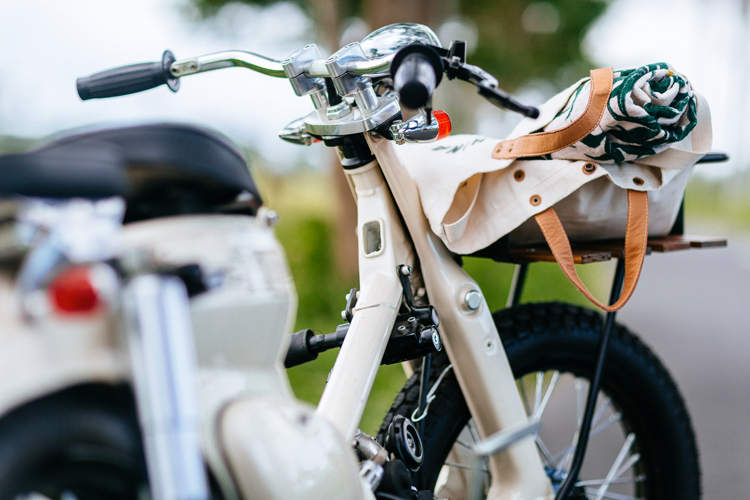 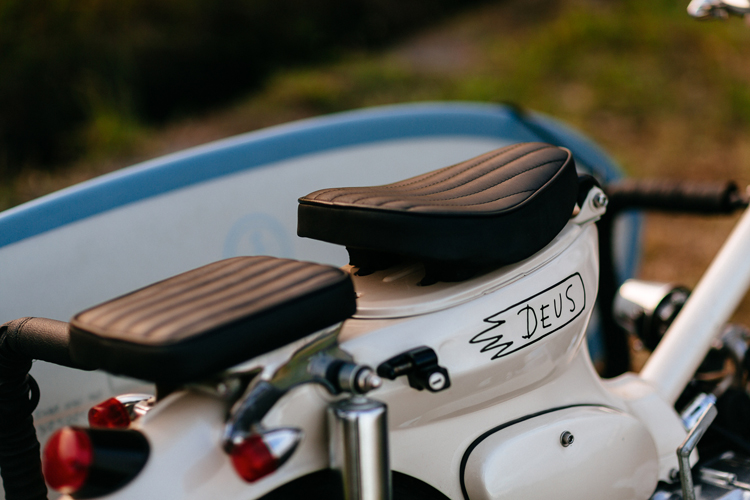 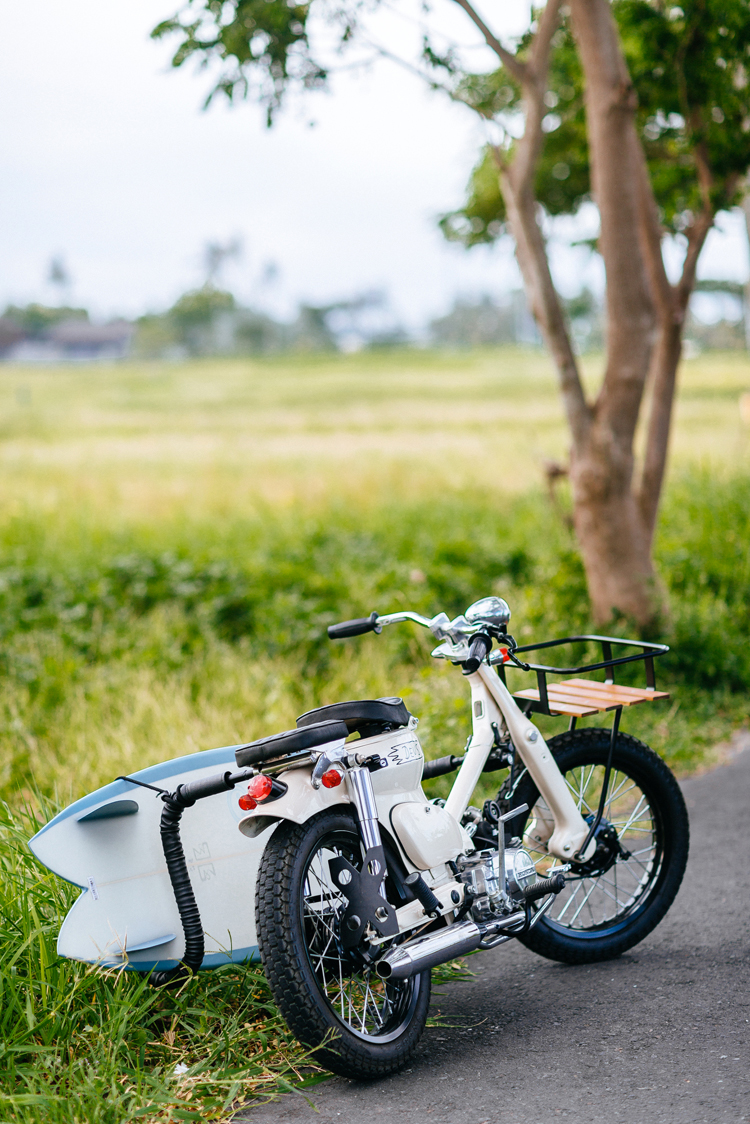