Parisian industrial designer and engineer Dimitri Bez unveils the “Zebra” boat, a modern reinterpretation of the iconic 1947 Sea Maid Wooden Ski Boat. According To Global Marine Blog, what makes the Zebra boat so unique is that it’s powered by an electric motor, compared to other boats powered by combustion engines, or more naturally by windsails. Not only is this environmentally friendly, but electric motors are also a low-impact and quiet form of propulsion.

While a significant majority of water vessels are powered by diesel engines, with sail power and gasoline engines also remaining popular, boats powered by electricity have been used for over 120 years. Electric boats were very popular from the 1880s until the 1920s, when the internal combustion engine took dominance. Since the energy crises of the 1970s, interest in this quiet and potentially renewable marine energy source has been increasing steadily again, especially as solar cells became available, for the first time making possible motorboats with an infinite range like sailboats.

The Zebra boat is made with luxury materials, including dark wood, leather, and is outfitted with modern refinements. On board there are retro controls, an oLED touchscreen tablet located on the dashboard for navigation (doubling as a digital display), and a classic dark ‘orange’ interior. The Zebra boat’s geometric pattern is made from wooden panels with chrome lines reinforcing the structure. In addition, two seperate cabins for the driver and front-seat passenger, with a larger seat behind for passengers allow the boat to accommodate up to eight people. 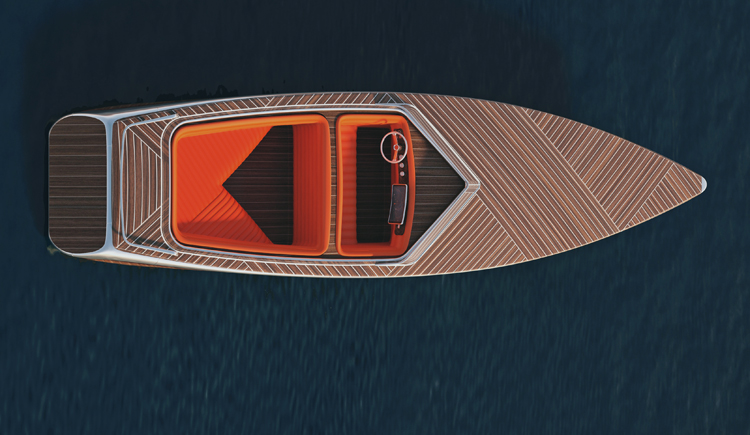 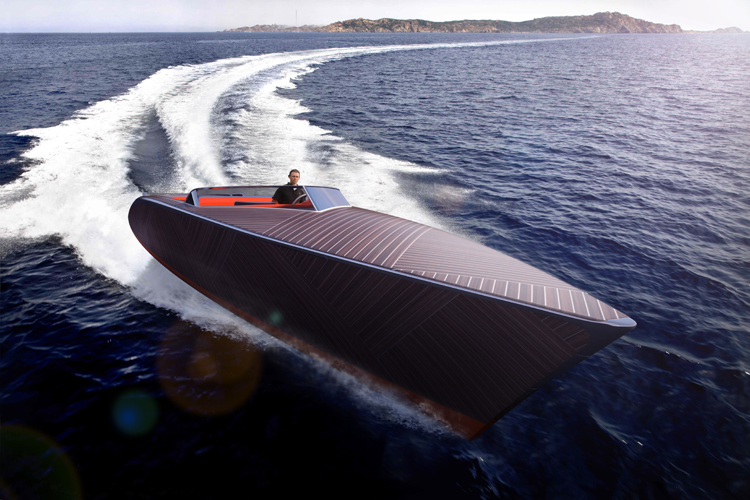 all images courtesy of Dimitri Bez