Rolls-Royce Motor Cars has taken the wraps off the much-anticipated new Phantom VIII. Not satisfied with simply launching a motor car that is a wholly contemporary design interpretation of Phantom DNA and a technological tour de force, Rolls-Royce has revolutionised the luxury car industry itself by shifting away from the status quo of shared platforms to an entirely new luxury business model.

Quite contrary to how other so-called luxury manufacturers are trying to realise economies of scale by sharing platforms with mass market manufacturers, Rolls-Royce concluded that the future of true luxury lies in true small-volume manufacture of a dedicated ‘Architecture of Luxury’. 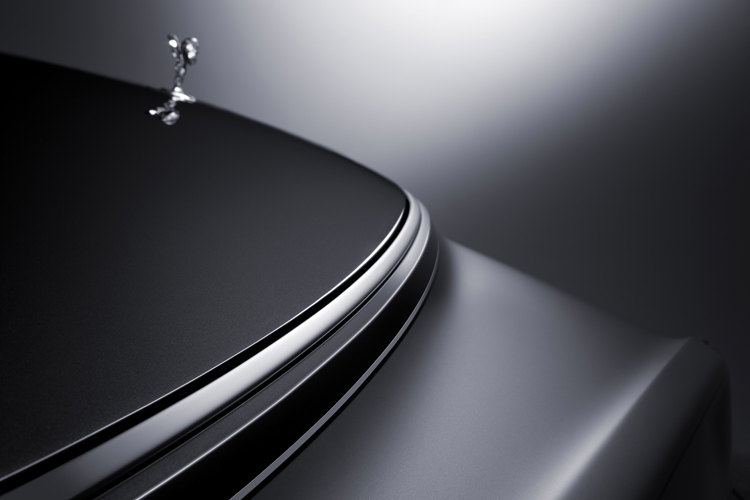 The Architecture of Luxury is an all-aluminium spaceframe architecture designed by Rolls-Royce engineers that will underpin every future Rolls-Royce beginning with the New Phantom. It has been designed and engineered from the ground up in such a way as to be scalable to the size and weight requirements of different future Rolls-Royce models, including those with different propulsion,traction and control systems, thus underpinning the long-term future product roadmap. 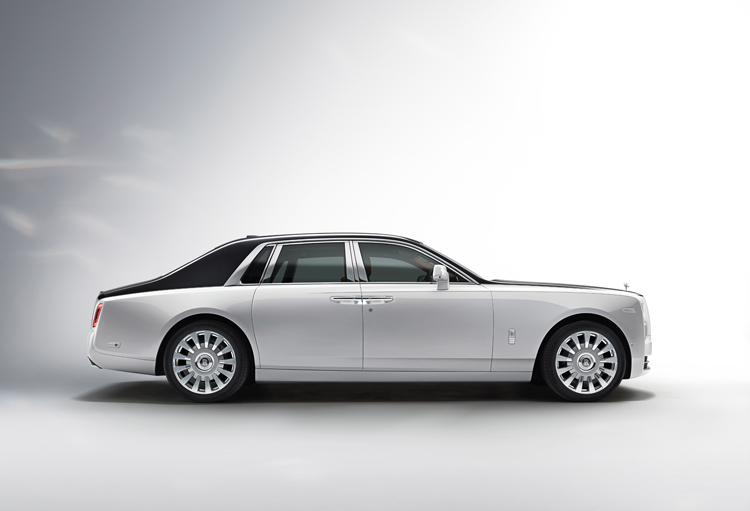 The new Phantom VIII features an “all-new” 563bhp 6.75-litre twin-turbo V12 engine that can do 0-60mph in 5.3secs; an “all-new” all-aluminium spaceframe architecture bringing a “whole new level” of comfort evident in its Magic Carpet Ride thanks to being lighter and stiffer (30 per cent more rigid than the previous iteration, in fact); a new Gallery dashboard (more of which later); and a “wholly new” contemporary design. That’s a great deal of “new”, we think you’ll agree.

The car also has Rolls-Royce’s latest generation of self-levelling air suspension that makes millions of calculations each second as it continuously varies the electronically controlled shock absorbers, reacting to body roll and acceleration.

The Phantom uses a stereo camera system housed in the windscreen to monitor the road ahead, adjusting the suspension proactively at speeds of up to 62 mph. 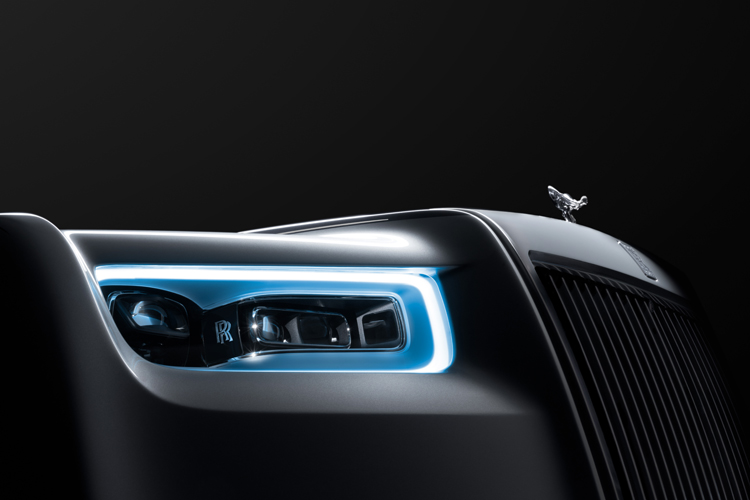 In what seems like a battle for the most powerful headlights taking place right now in the automotive industry, this new Rolls boasts a laserlight system that at night casts light 600 metres down the road, besting the new Velar by 50m. 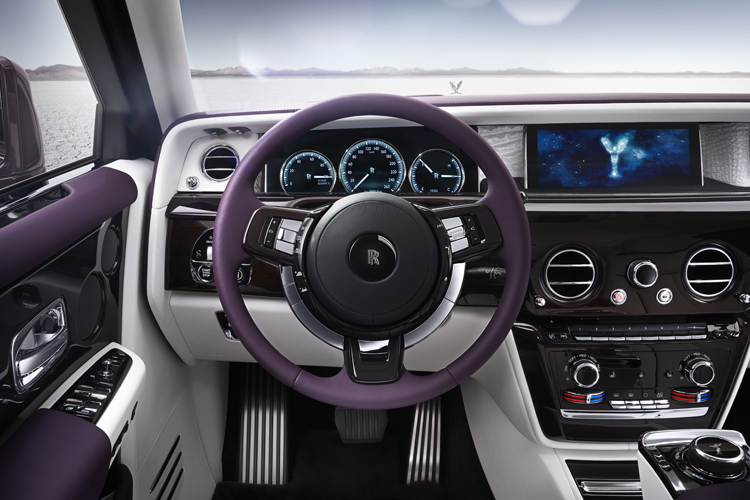 Inside, the “Gallery” is Rolls-Royce’s term for “a reinterpretation of a motor car’s dashboard and instrument panel area”. What this actually means is that the manufacturer has encased the entire width of the dash in an uninterrupted swathe of toughened glass. Within this, there is an LED backlit 12.3 TFT instrument display – a first for Rolls – and on the passenger side, space to display art beneath this glass. Yes, art.

Rolls-Royce has already worked with a number of artists to demonstrate what might be displayed in this “Gallery”, including German product designer Thorsten Franck. Franck was commissioned to create a gold-plated 3D-printed map of an owner’s DNA to adorn the dashboard. 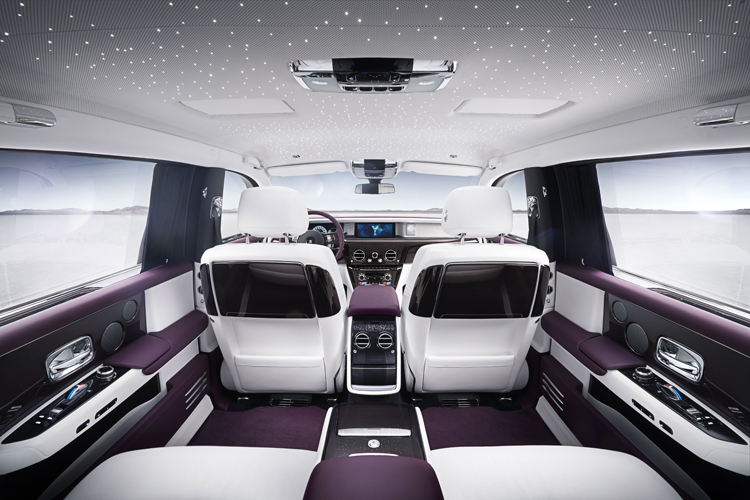 One final technological flourish is the touch-sensitive door system that allows “your assistant to valet” to lightly touch the sensor on the handle and set in motion the automatic whispering close of the door to leave you cosseted inside slumped in the seats inspired by the classic Eames lounge chair of 1956. Of course, being a Phantom, patrons will be able to commission different seating choices, including a lounge seat and even a new sleeping seat.

The new Phantom VIII will go on sale early next year. 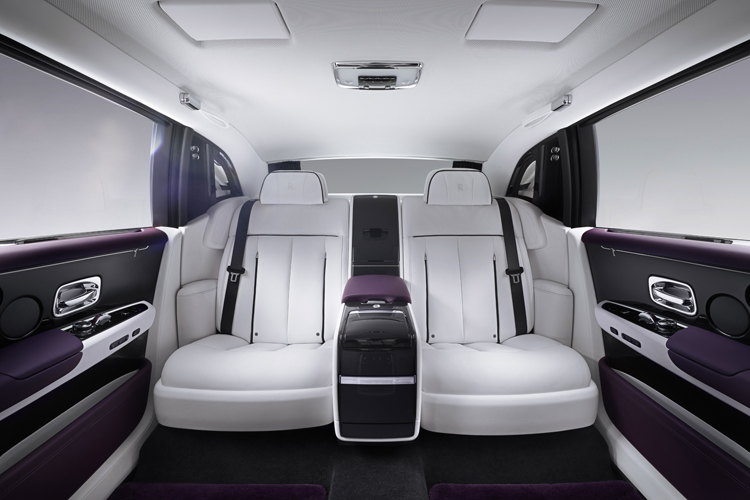