Following the Ducati Scrambler converted into a café racer, Marcus Walz and his team worked on a Yamaha XV950R to built a new bike in two months for the Intermot show – the result is breathtaking. After being stripped down, trimmed back and tuned by Walz, the original machine has evolved into a hot piece of kit, or better still: a drag-style bike. 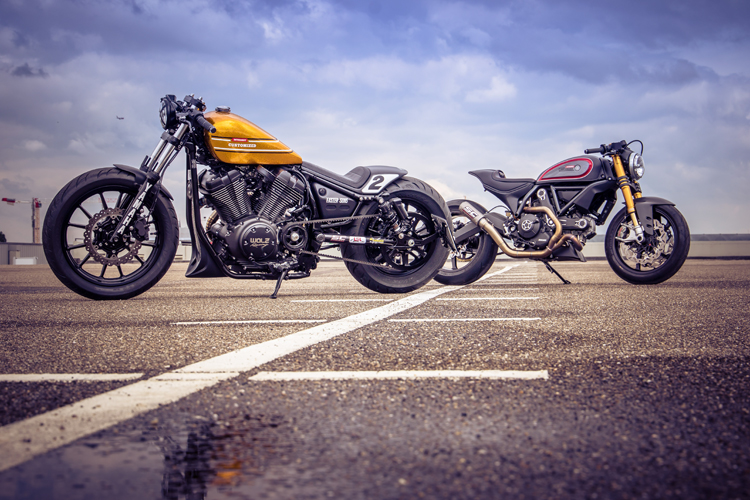 So, what are the bike’s most remarkable features? In terms of extravagance, definitely the modified Yamaha fuel tank and the completely redesigned “drag-style” tail section. The fuel tank has been handcrafted from steel and the team formed the all-important tail section entirely from a single piece of aluminium sheet. 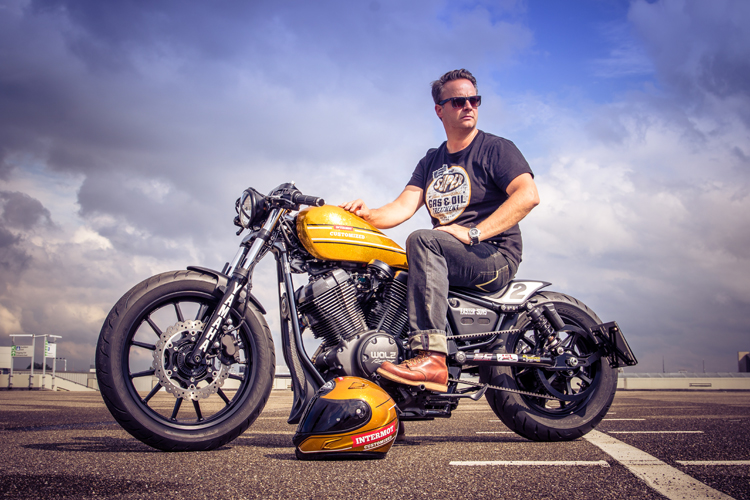 The manufacturer SC-Project is responsible for giving the exhaust a sound worthy of the machine, producing a very lightweight custom system from titanium for the Yamaha. And whilst we’re on the subject of custom-made parts, both of the rear shock absorbers were also one-offs, made by Touratech Suspension.

The critical part of the fork came from German suspension experts, Wilbers. So that the bike is also competitive in sprint events, the team also worked on the performance of its engine. Instead of 60 hp, it can now draw on 70. 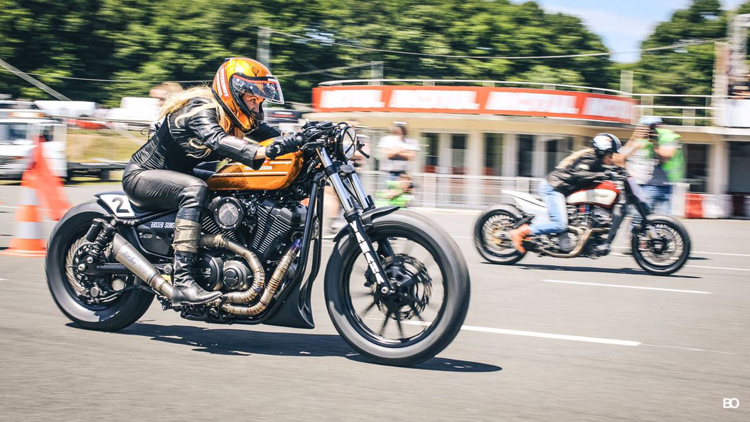 To match the customised Yamaha’s gold-coloured fuel tank, the rider of the Intermot bike will wear a helmet designed by Danny Schramm – naturally also in Intermot customized’s gold metal flake-look!

The Yamaha drag-style bike has already enjoyed its first public appearance, taking part in the Essenza Sprint series at the Café Racer Festival in Montlhéry, France. The rider competing for Intermot customized at this event was famous stuntwoman, motorcycle acrobat and model Mai-Lin Senf, who was thrilled by the bike’s look and feel. The next stop is the Glemseck 101 Sprint Festival on 1 September 2017, where Christoph Werner will be on the starting grid. 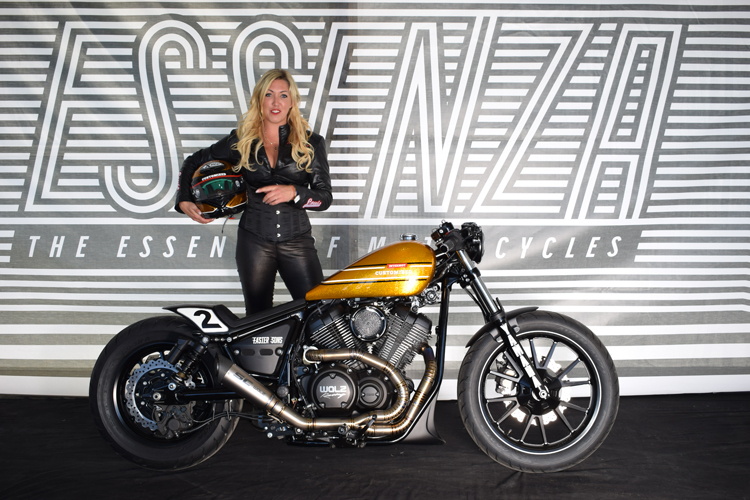 all images courtesy of Intermot