A 2000 BMW Z8 owned by late visionary Apple founder, Steve Jobs is headed to auction next month at RM Sotheby’s in New York. Before his untimely passing in October of 2011 at the age of 56, Steve Jobs and Apple contributed unimaginably to technology integrated into our daily lives as we know it today. Making computer technology user-friendly and accessible to the masses, Jobs turned computers and technology from tools for commercial use into objects of art and aesthetic design, showing that a product conceived to make communication and organization more efficient can also be intuitive, user-friendly, and beautiful. Steve Jobs endeavored to “Think Different;” so did Apple, and thanks to them, many other organizations and individuals did as well. The iPhone, in particular, upon release surpassed not only the transformation of the mobile phone, but proved to be virtually magical from the standpoint of both users and the industry. 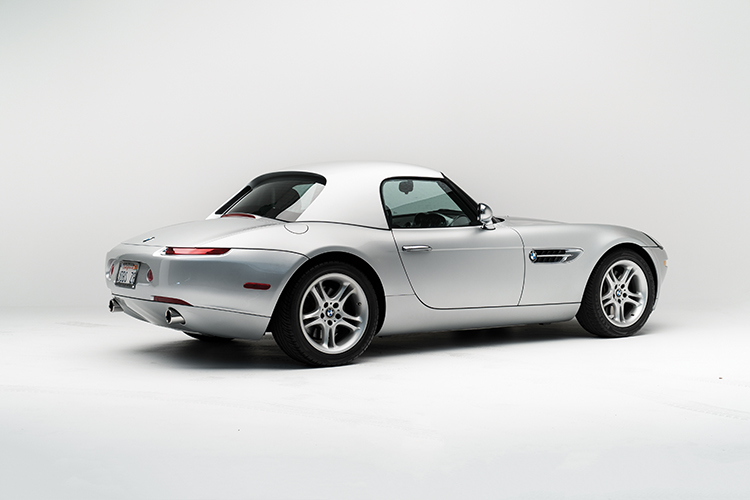 BMW similarly chose to think different when developing the Z8 throughout the 1990s and into the car’s regular production in the early 2000s. Serving as a halo car for the marque and a test bed for new engineering technologies, the Z8 convertible showed where not only BMW, but automotive technology could be heading in the 21st century. With styling evocations from the highly prized 507, but decidedly forward thinking, it pioneered an advanced technique of welded and extruded aluminum space frame construction. Modern amenities were abundant, and with 400 bhp on tap, those lucky enough to own a Z8 new were left wanting for nothing. Widely considered by many to be one of the most attractive, yet innovative cars of the 2000’s, it quickly became a bona-fide modern collectable. In their road test of the car in their May 2000 issue, Car and Driver concluded with the statement “name another car that is both fabulous to drive today and likely to be found on the 18th green at Pebble Beach in 2025.” 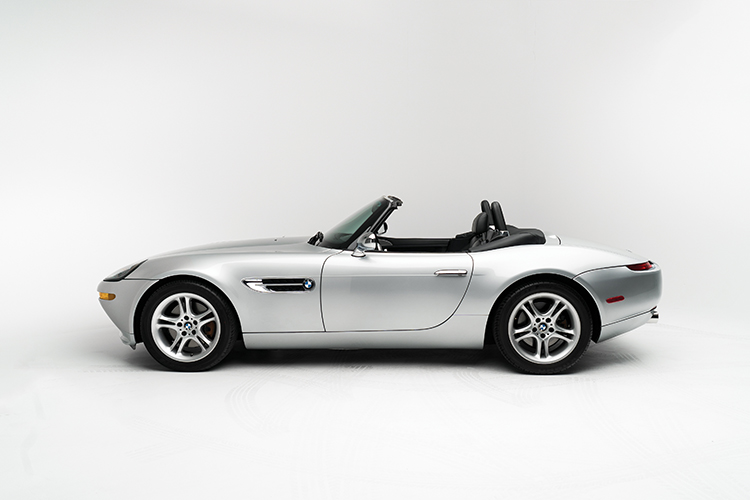 While not known to be a car enthusiast per se, Steve Jobs did have a penchant for German automobiles and design, owning BMW motorcycles, as well as Mercedes-Benz SLs. According to legend, Jobs was convinced to buy the Z8 by Larry Ellison the iconoclastic CEO of Oracle, who enthused to Jobs that the car was a paragon of modern automotive engineering and ergonomics, reflective of Steve’s own products and psyche.

Jobs’ Z8 was well suited to his signature, minimalist style, finished in Titanium over a Black leather interior. With a production date of April 1, 2000, this early example was delivered to him on October 6th of that year. Within the recorded production of Z8s, this makes his car the 85th Z8 produced for the first year of U.S.-specification production and the 67th customer car. Jobs’ ownership is documented through several service invoices accompanying the car, as well as a copy of the all-important California “pink slip” registration in his name and at his personal residence. This is significant because Jobs famously rarely registered his cars to protect his anonymity (and also perhaps because of his anti-authoritarian streak!). 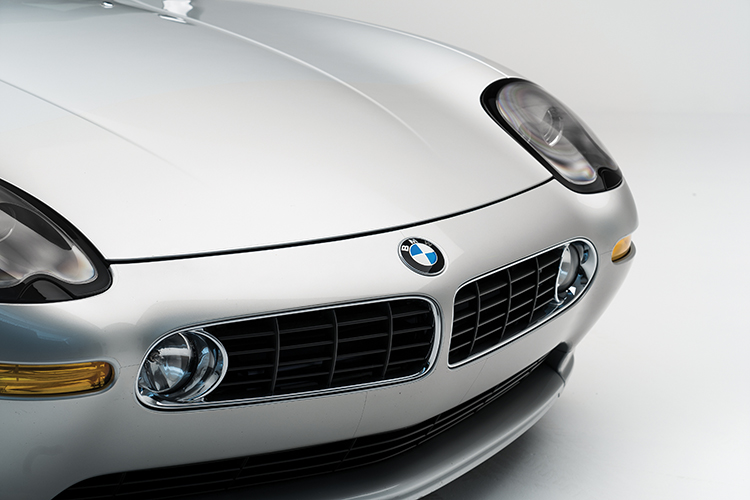 Jobs kept the car until 2003 before it was sold to the Los Angeles-based current owner. This individual subsequently kept the car for about one year, driving it regularly during that time, before deciding to sell the car onto its third owner, unsurprisingly a Bay Area tech executive in September of 2004. Almost immediately regretting his decision to sell and missing the car after about eighteen months, the current owner contacted his buyer from San Francisco and convinced him to sell the car back, and he did. In April of 2006, the car returned to its current (now second and fourth) owner and it has remained with him ever since. 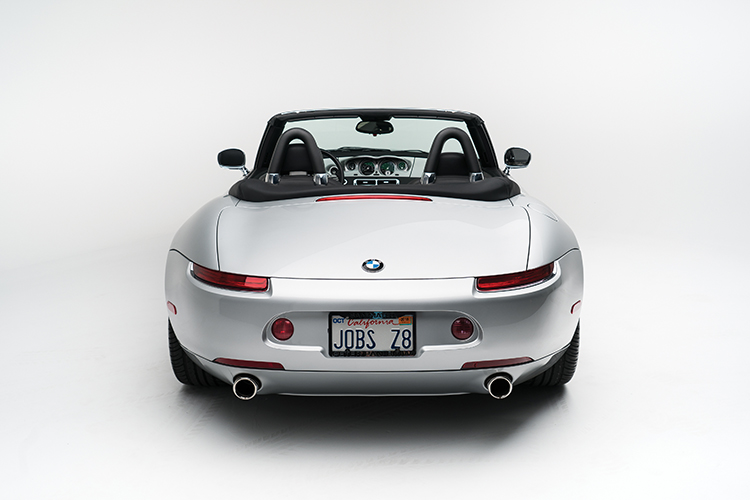 Rather than leave the Z8 dormant as a museum piece, he opted to drive the car regularly. Over the course of the last seventeen years, the car has been driven just 15,200 miles from new, averaging less than 1,000 miles a year. As one would expect, it remains in exemplary condition throughout, and has always been serviced and maintained as necessary on a regular basis by its current custodian. 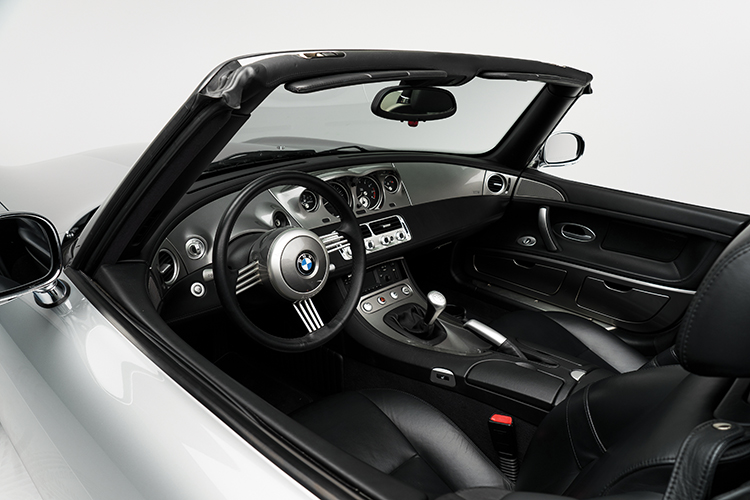 The car comes with a plethora of important accessories, including its proper hardtop and hardtop stand, car cover, owner’s and service manuals, service records, two keys, navigation CDs, and – most significantly, its original BMW-branded Motorola flip-phone. Interestingly enough, and perhaps unsurprisingly, Jobs was known to have hated the Motorola phone… 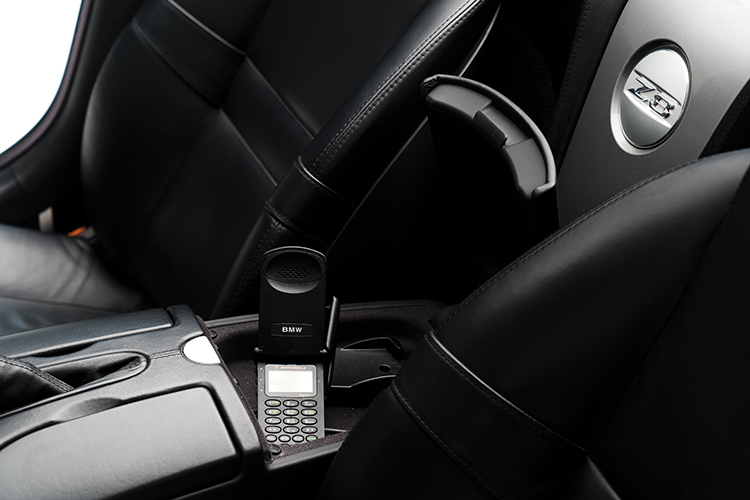 Even today in the new millennium six years after his untimely passing it is difficult to think of anyone more iconic or influential to our modern culture than Steve Jobs, speaking to not only his superior intellect and entrepreneurial spirit, but also the quality of his products and reputation of Apple within the market, which has evolved into the world’s most valuable public company, bar none. 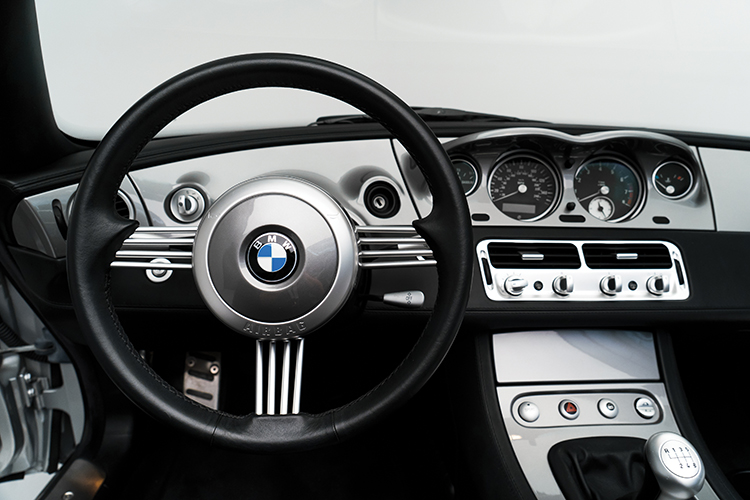 His work in founding and subsequently reinventing Apple with the Macintosh, iMac, iTunes, the iPhone, the iPad and finally the realization of the science fiction “wristwatch phone,” Jobs revolutionized how people interact with computers, the internet and music, and in so doing making the Apple logo as recognizable around the world as that of Coca-Cola. Jobs’ involvement with Pixar and subsequently Disney revolutionized the animated film industry, bringing joy to millions with blockbuster after blockbuster. His work captivated a generation and transcended cultures, not unlike musicians such as John Lennon, Bob Dylan, or Janis Joplin in the last century. 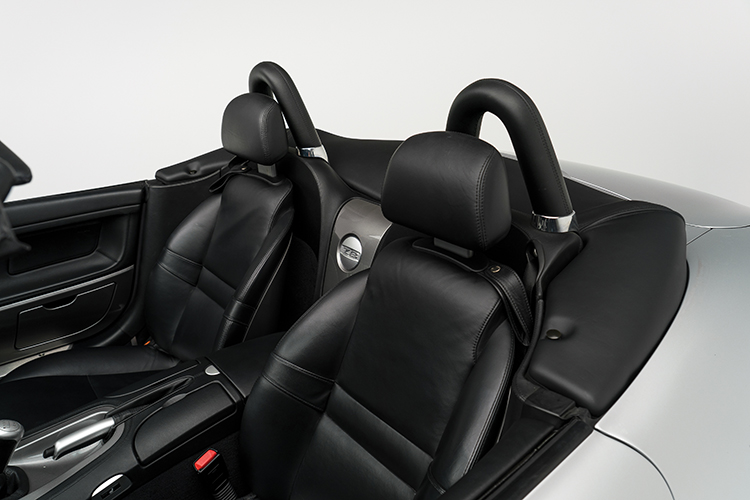 Without a doubt, BMWs most iconic car of the 21st century, upon its launch the Z8 was the pinnacle of BMW design and technology, and it is not surprising that the car attracted the attention of someone like Steve Jobs. To the general public, Jobs’ legacy and influence in technology is unquestionably tangible and highly accessible, with over one billion iPhones sold to date, not to even mention Apple’s computers which brought high concept design and intuitive functionality to the masses.

However, Jobs only owned only one Z8. This is that car. 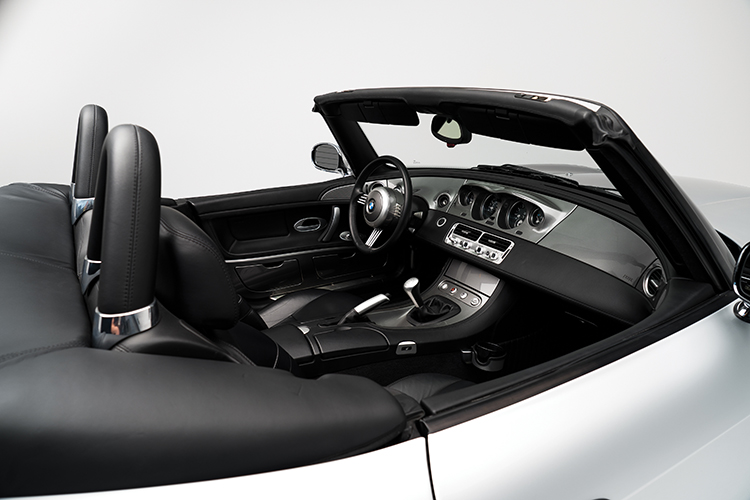 all images by Karissa Hosek courtesy of RM Sotheby’s