At this year’s EICMA show in Milan, Honda showcases the design work of its European design and research division unveiling the CB4 Interceptor Concept, a futuristic bike derived from the newly-launched CB1000R.

The Honda CB4 Interceptor Concept is ­ the result of ongoing research around the ‘Neo Sports Café’ design theme which first bore fruit in the ‘CB4 Concept’ shown at EICMA in 2015. The new concept model adds an evocative ‘Sport Endurance’ tone to the original design language of the CB4 Concept, creating a new perspective on the world of the Café Racer, on which the series is based.

The colour scheme is “total black”, combining elegance and sportiness while leaving room for a futuristic technology integrated into the flowing design lines. The front of the bike features a fan used to convert the motorcycle’s kinetic energy to power the touch­screen located on the tank. The screen provides constant connectivity, to allow the rider to follow the road through digital maps, make emergency calls or simply to connect devices. 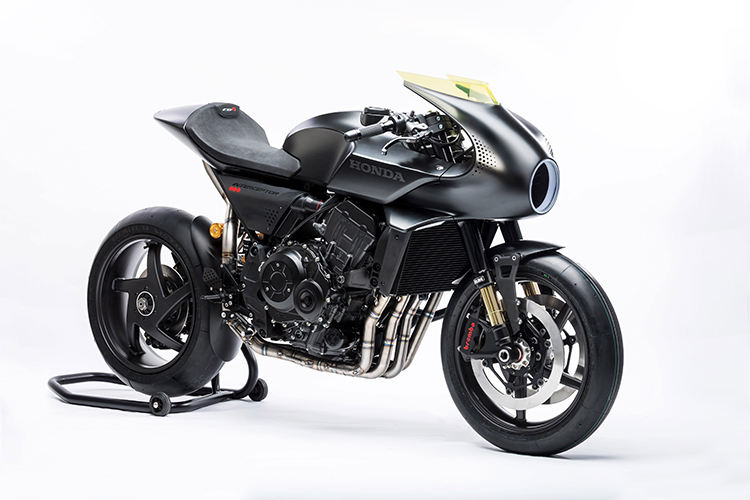 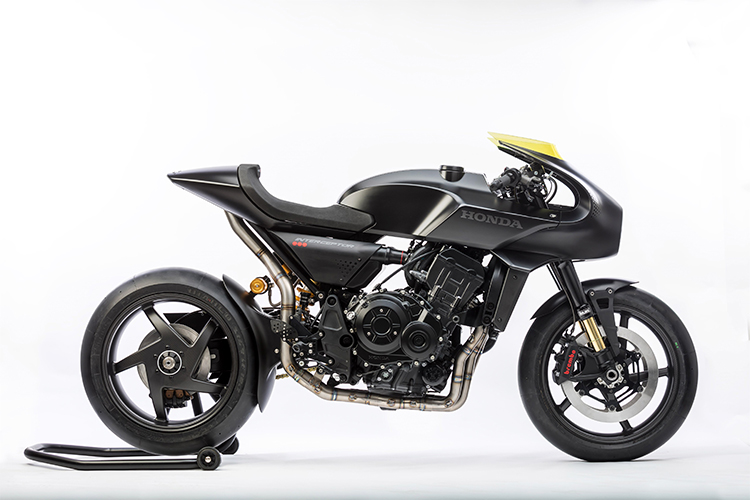 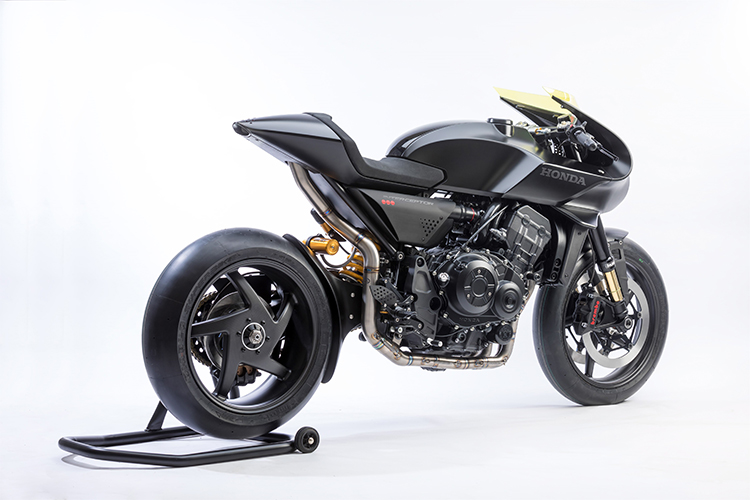 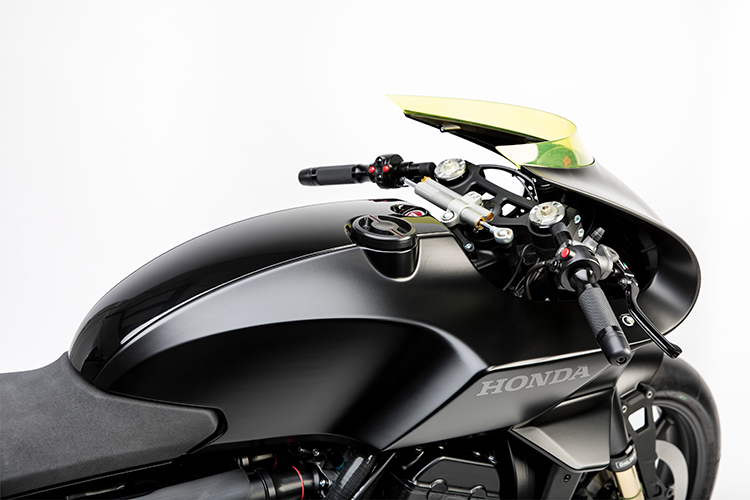 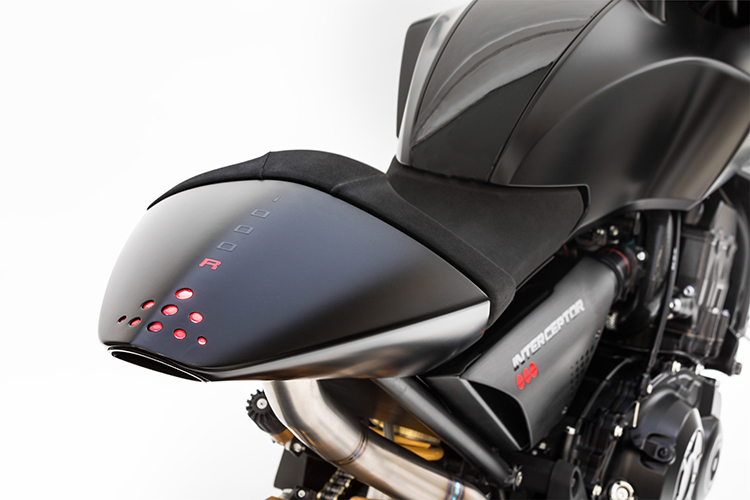 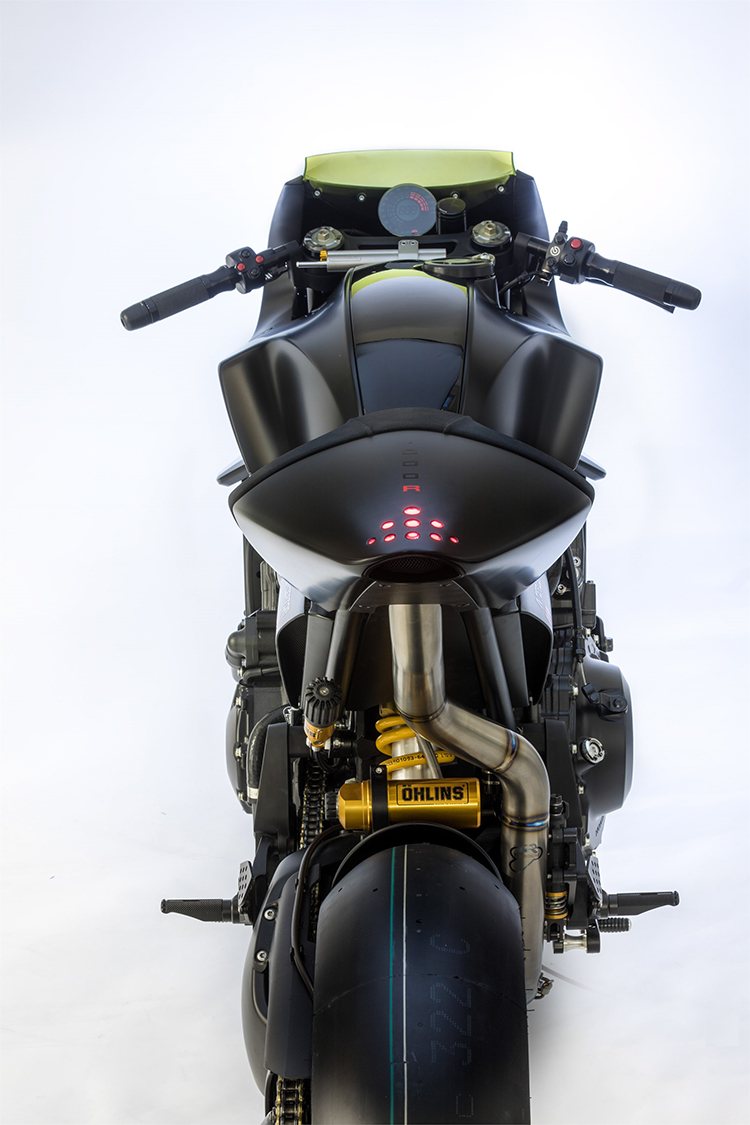 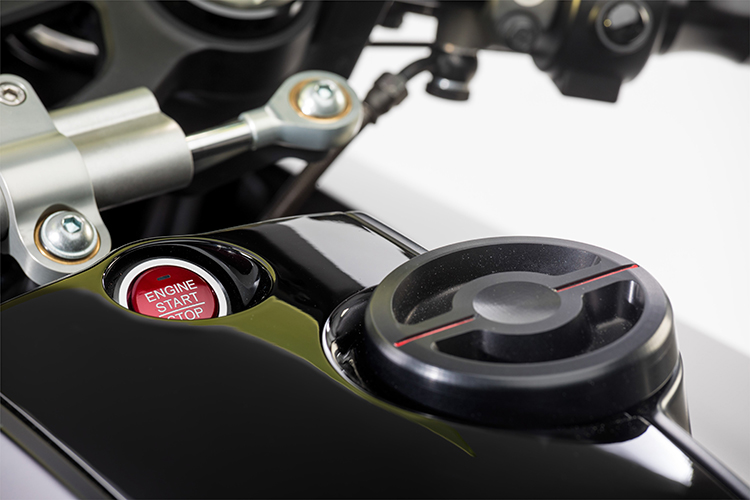 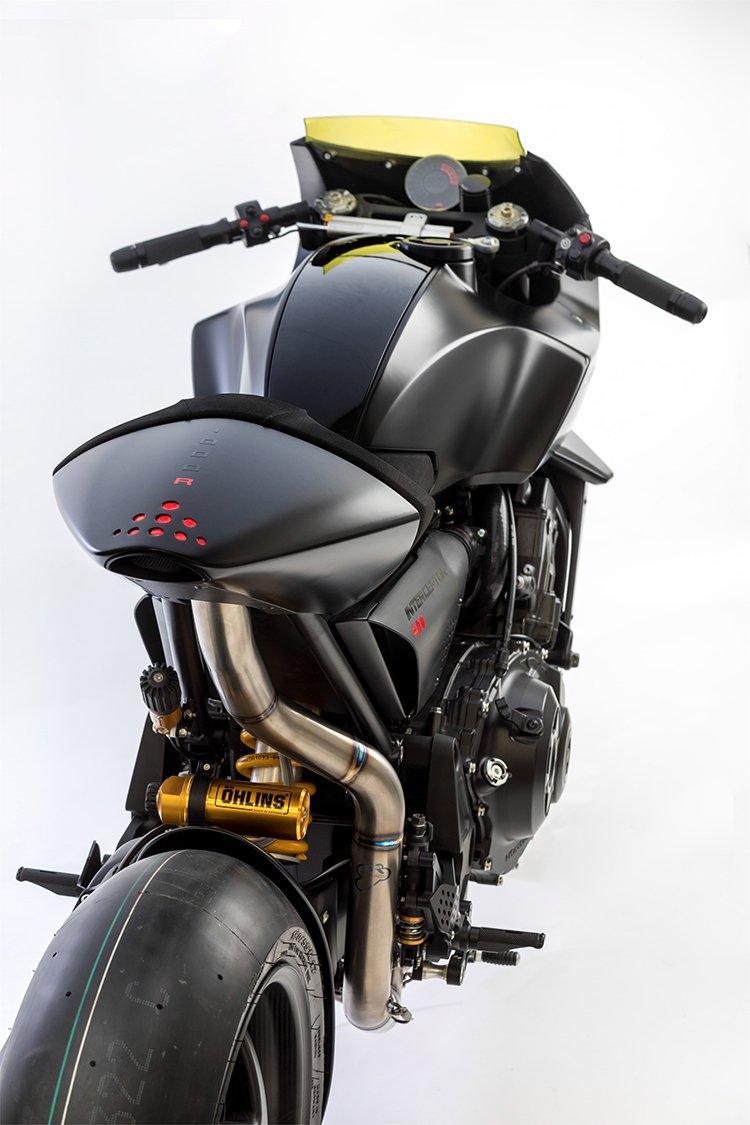 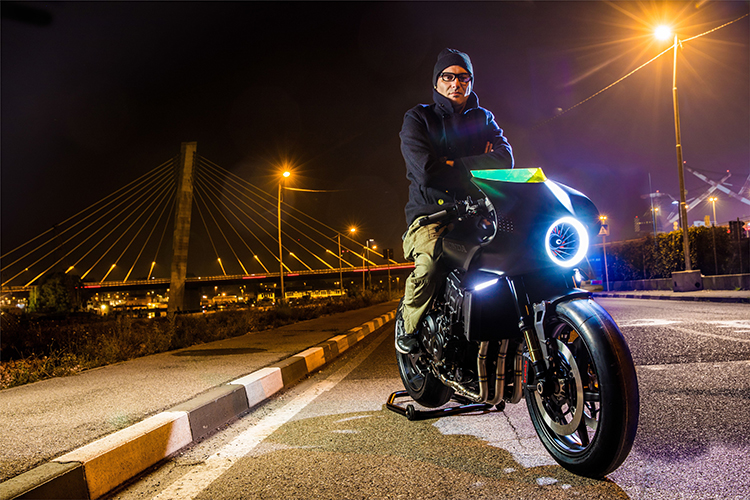 all images and video courtesy of Honda