“Two years ago we revealed the Hive Active Heating thermostat,” explains Yves Behar. “A sister brand to British Gas in the UK, the Hive connected thermostat has become a mainstream success in smart home technology for everyone, not just tech savvy users.” 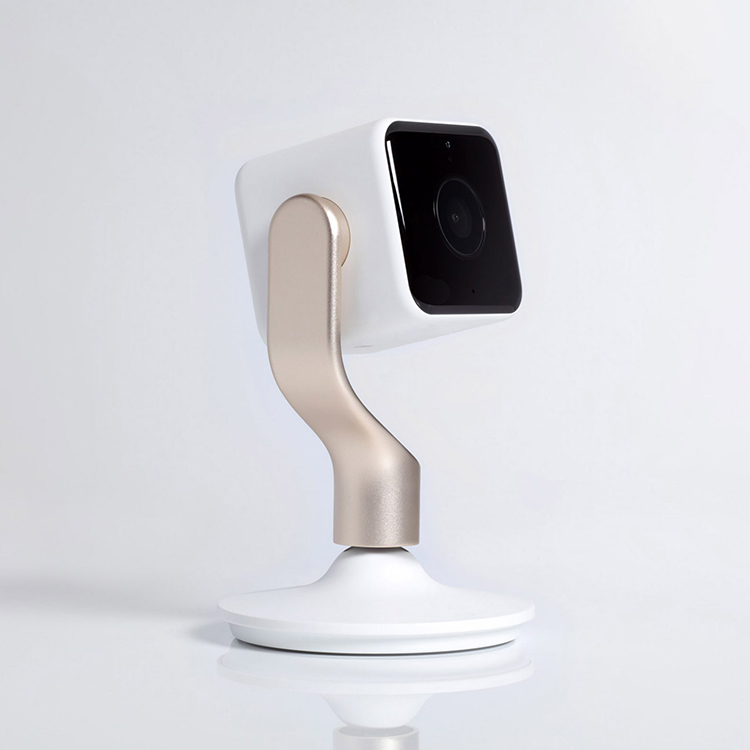 “We continued our partnership with Hive in designing their new indoor security camera – Hive View,” continues Behar. “While the goal was to design a beautiful, functional security camera, the design brought unique value to the table through its versatile postures and magnetic camera, enabling users to truly make View part of their home and daily lives.”

The Hive View device begins recording once it detects motion or sound, and sends a notification to the user’s smartphone to alert them. While the core use of Hive View is for peace of mind, the design and user experience process brought numerous other utilities: the magnetic snap-on camera can be detached from its sculptural base for easy moving and placing. This unique feature makes Hive View a product for everyday use just as the doorbell camera has become a standard home feature. 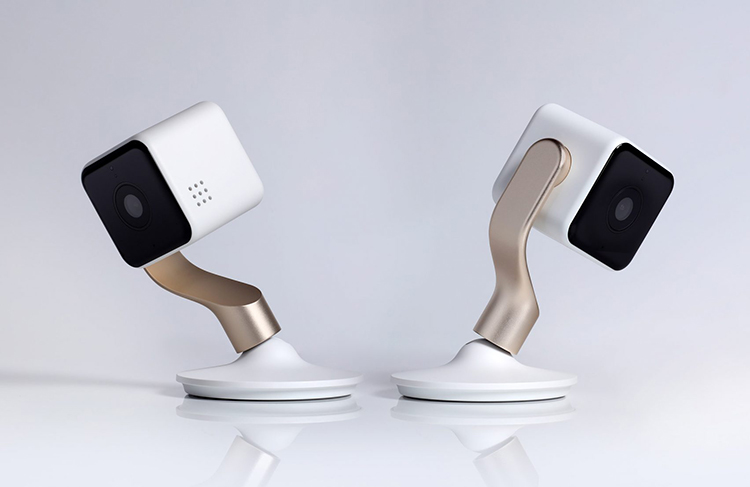 The base of Hive View can either be mounted on a wall with a simple screw-on plate, with which the camera magnetically snaps on, or the entire camera can simply sit on a flat surface. A zinc weight sits inside of the base, holding the camera steadily in place. The sculptural aluminum arm extends up to hold the small cubed camera; the arm carries power and, through the magnetic connector, will charge the camera whenever it is attached. 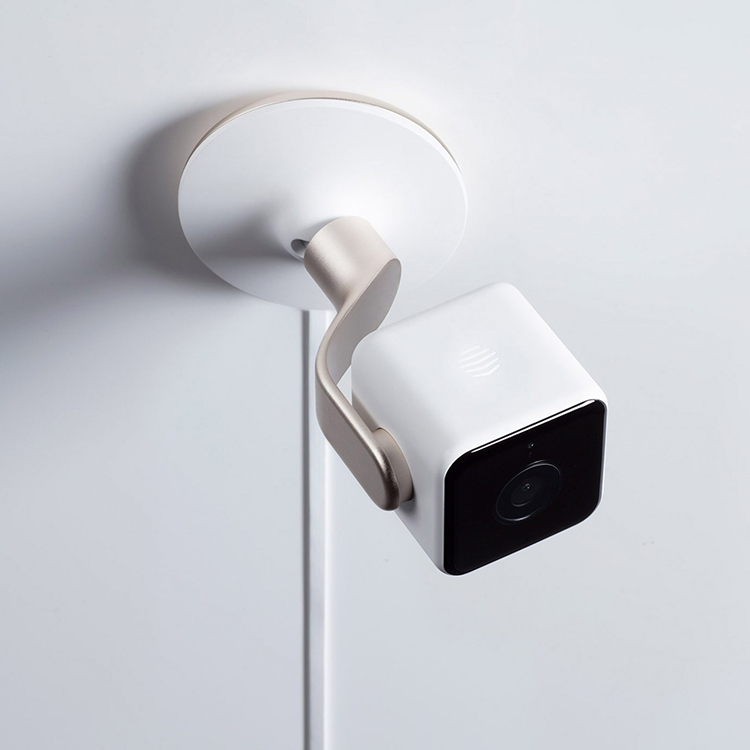 The cubed camera is made of PCABS plastic and uniquely formed out of a single molding – the geometric rounded volume is cognizant of the Hive thermostat. At its small size, Hive View holds significant features that make it friendly for a camera. The front hides a user-controlled circular LED array that displays when the camera is changing its state and a single small, discreet light that shows whether the camera is monitoring. Infrared LEDs support recording in the dark. 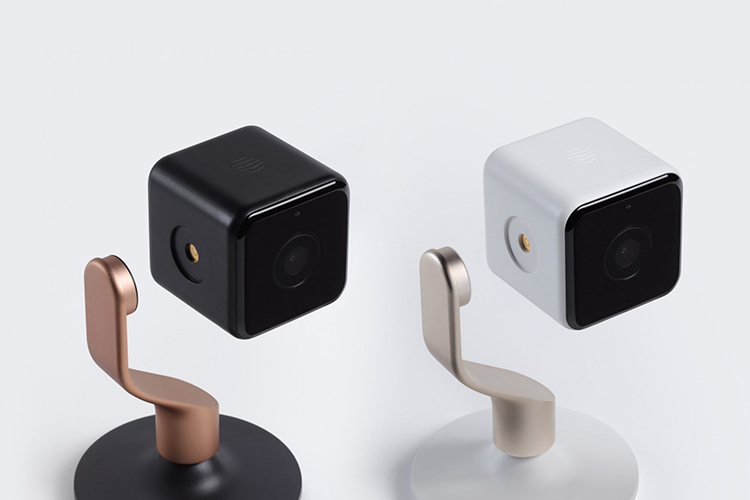 While the “Grab and Go” functionality allows recording anywhere, the camera also provides wide viewing angles. The lens provides a full 130 degree view with the spinning base, leaf-like curvature of the arm and camera attachment enabling users to cover the angle they want – meaning it will fit anywhere in the home and provide the recording needed. A discreet button is used to power the camera on/off. The entire unit has a beautiful satin finish for added tactility, and comes in white and champagne gold or black and brushed copper options to elegantly fit with any home décor. 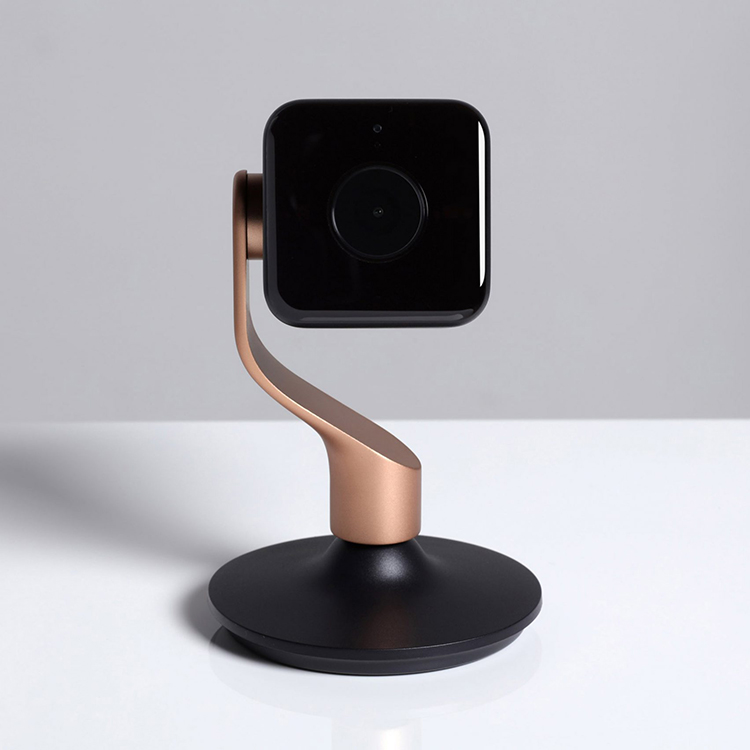 all images courtesy of Fuseproject