The new Mercedes-Benz A-Class is as youthful and dynamic as ever, but grown-up and comfortable like never before. It redefines modern luxury in the compact class, with a futuristic interior. Furthermore, in certain driving situations, it is able to drive semi-autonomously for the first time.

The exterior of the new A-Class stands for sportiness, dynamism and emotion. The progressive front design with a low bonnet, flat LED headlamps with chrome elements and torch-like daytime driving lamps ensures an emotionally appealing and alluring appearance. The striking radiator grille with Mercedes star, whose silhouette opens out towards the base as a reinterpretation of its predecessor, features pins in a diamond look and a central silver louvre to underline the sportiness of this model. 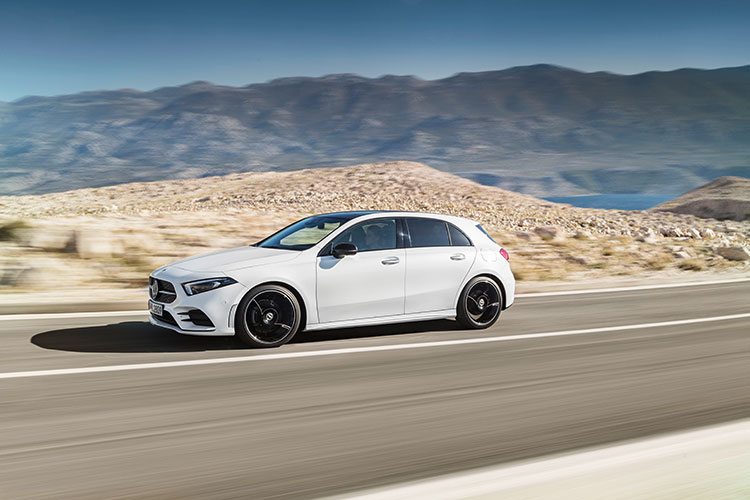 The vehicle is visually extended by the longer wheelbase and character line along the side. The bonnet slopes down more heavily than in the preceding model series, emphasizing the dynamic, upright front. The larger wheel arches for wheels from 16 to 19 inches emphasize the sportiness of the new A-Class and make it sit more squarely on the road. The vehicle has a wider look at the rear end thanks to a more heavily waisted greenhouse, which also emphasizes the shoulders, and to the wider-spaced rear reflectors in the modular, two-section rear bumper. The slim, two-section tail lights ensure an emotionally appealing, alluring appearance. 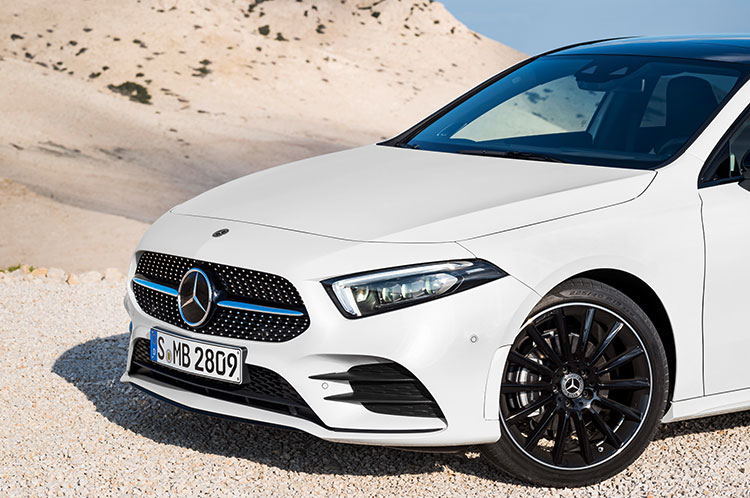 Mercedes-Benz has taken a completely new approach, revolutionizing the compact class from the inside with a new feeling of spaciousness. The unique interior architecture is shaped in particular by the avant-garde design of the dashboard: for the first time, a cowl above the cockpit has been completely dispensed with. As a result, the wing-shaped main body of the dashboard extends from one front door to the other with no visual discontinuity. The Widescreen display is completely free-standing. The air vents in a sporty turbine-look are another highlight. 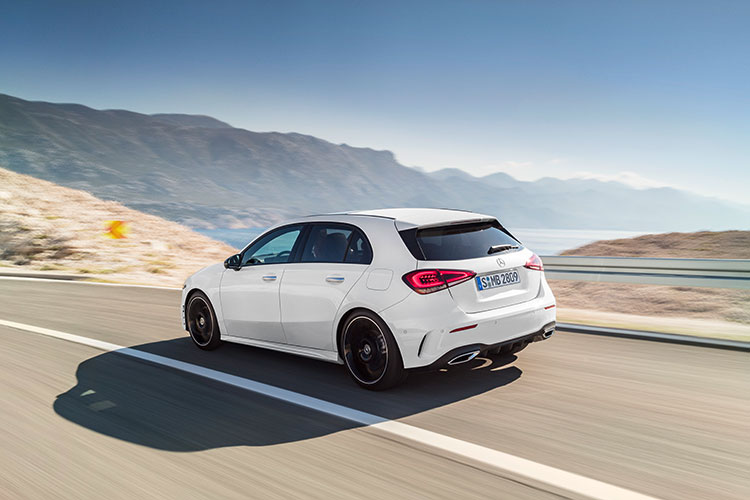 The dashboard is divided into two three-dimensional, horizontal sections: the lower section is visually separated from the main body of the dashboard by a “trench”, and it appears to float in front of the dashboard. The ambient lighting enhances this effect, accentuating the free-floating impression of the substructure. The 64 colors of the optional ambient lighting make five times as many colors available than before. And it is not just the variety that has increased, as the emotive presentation also sets standards in this segment: the different colors are composed into ten color worlds to allow an avant-garde lighting display with spectacular color changes. 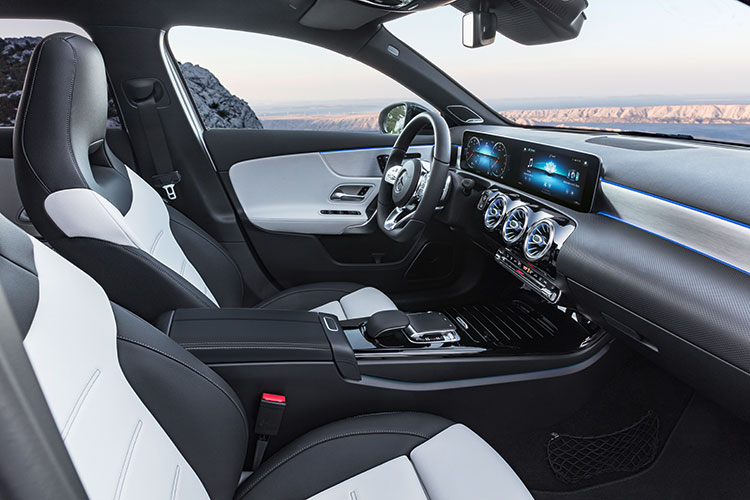 The ‘A-Class’ boasts a new multimedia system dubbed ‘MBUX’ – Mercedes-Benz user experience, which ushers in a new era in connectivity. A unique feature of this system is its ability to learn thanks to artificial intelligence. Its further strengths include a high-resolution widescreen cockpit with touchscreen operation of the media display, the navigation display with augmented reality technology plus intelligent voice control with natural speech recognition.  The touchscreen is part of the comprehensive touch-control concept – a triad consisting of the touchscreen, touchpad on the center console and touch control buttons in the steering wheel.

View the wide range of used Mercedes A-Class cars available from Jardine Motors in the UK. 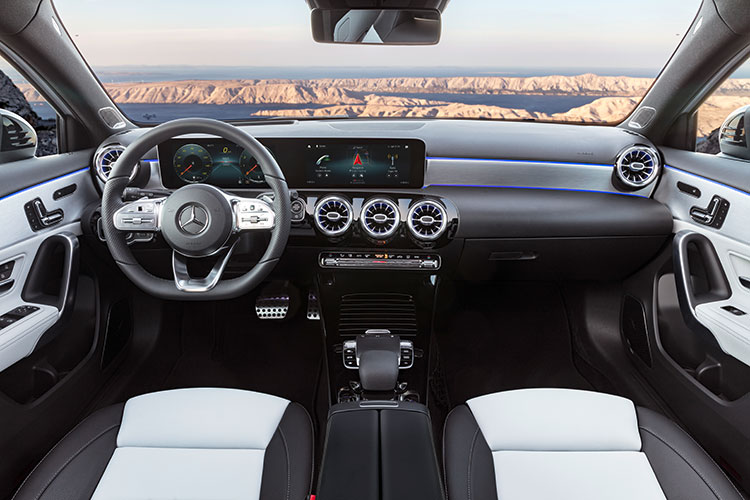