Delivering a smooth and exhilarating ride for passengers, the Foiler offers a comfortable, high- performance driving experience for whoever is at the helm.

Its retractable carbon fiber retractable hydrofoils deliver strength, rigidity and lightness, allowing the yacht to fly 1.5 meters above the water for the most exciting yachting experience imaginable, even while delivering up to 20% increased fuel efficiency at top hydro-foiling speeds. 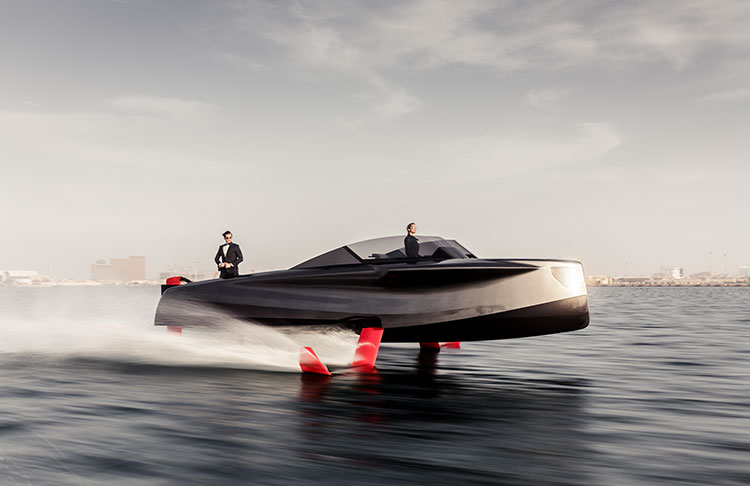 Built in the UAE by ENATA, the Foiler delivers such a smooth and quiet passenger experience that the turbulence and slamming of a conventionally-designed yacht will feel outmoded in comparison. With a cutting- edge hull design and ground-breaking hydro-foiling technology, the Foiler has a smooth and progressive take-off and landing, for the ultimate comfort of those on board. 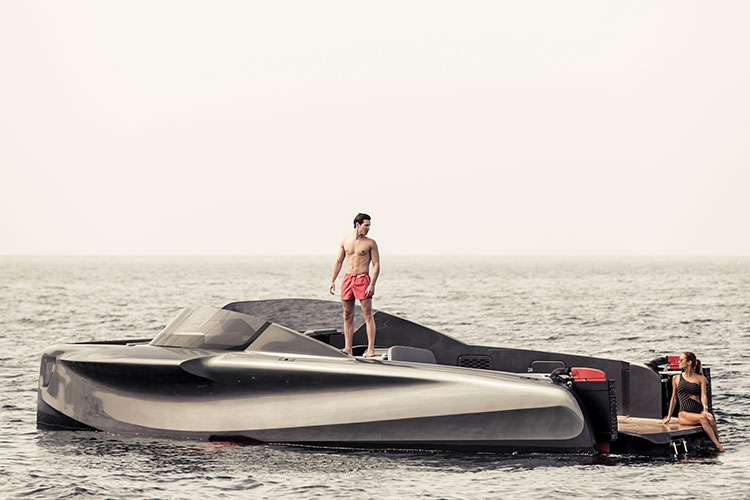 Virtually eliminating sea sickness in passengers while soaring over choppy waters, the unique design of the Foiler increases your speed while reducing the effects of drag on fuel consumption. Glide across waves of up to 2 meters with little to no disruption to passenger experience and leaving up to three times less wake than a conventional yacht. 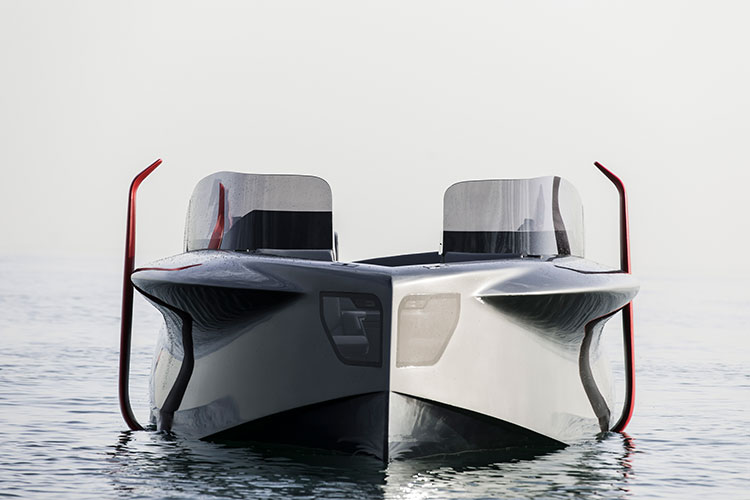 Using a diesel-electric hybrid propulsion system, the Foiler is a modern yacht in every sense, providing improved fuel efficiency to reduce environmental impact, lower running costs and maximise cruising range. Travel at speeds of up to 40 knots, with hydro-foiling flight commencing from 18 knots with 7 passengers and a driver, running on hybrid power delivered by twin 320hp BMW engines, two electric generators and two electric torpedoes.

At a cruise speed of 30 knots, the Foiler flying yacht has a range of 130 nautical miles, drawing fuel from its 300-litre-capacity tank. And when traveling through ports or areas abundant in timid wildlife, the hybrid propulsion system offers battery-powered silent cruising capabilities at 10 knots for up to 10 minutes. 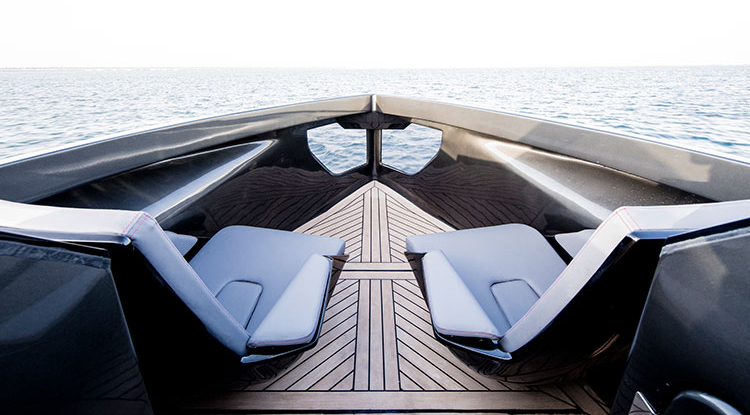 For ease of maintenance, the retractable hydrofoils and propellers are lifted and positioned out of the water when not in use, which also reduces the yacht’s height for storage and is particularly convenient for stowage in superyacht garages.