Hyundai has teamed up again with the Turin-based Istituto Europeo di Design (IED) to design the innovative Hyundai Kite concept car, which celebrated its world premiere at the 2018 Geneva Motor Show. The futuristic two-seater lightweight dune buggy, which converts into a single-seater jet-ski, was created by 15 IED transportation design master’s course students in cooperation with Hyundai Design Centre Europe.

With these partnerships Hyundai contributes to the education of young designers, gaining insights and inspiration from the work with the talented design students. 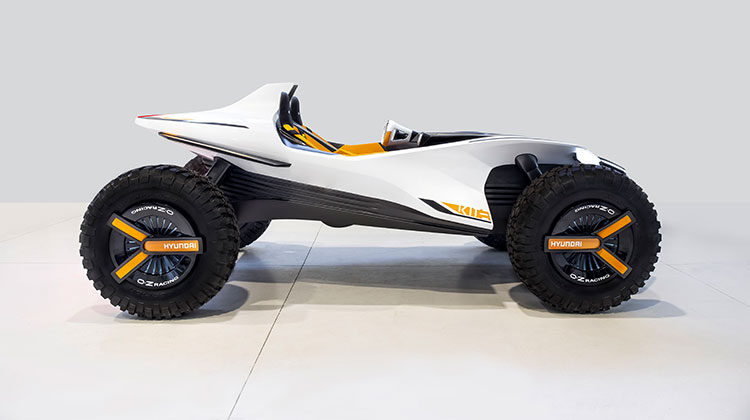 “Design is the number one reason why our customers in Europe choose Hyundai cars. We are always evolving our design to reflect modern lifestyle, which is our key to success,” says Thomas Bürkle, Chief Designer at Hyundai Design Centre Europe. “We are delighted to contribute to the development of young talents in Europe who will be designing the cars of the future. The Hyundai Kite is a great result of an exceptional partnership.”

The specific aim of the Hyundai Kite is to convey timeless design values by means of a distinctive formula and architecture. 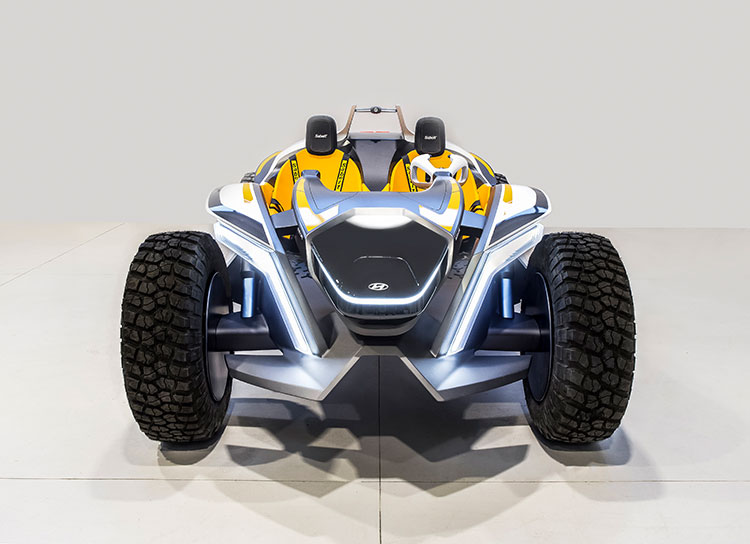 Design plays a vital role for Hyundai in Europe. 85% of the models sold in the region are designed, tested and produced in Europe. Hyundai has established itself as a key player in the European economy. 205,000 people owe their jobs to the presence of Hyundai in Europe. Further strengthening the company’s commitment to the region, the cooperation with local institutions like the IED have produced valuable results. An example is Marco Gianotti, former IED student who signed the first PassoCorto sketches in 2014: today he works as Exterior Designer at Hyundai Design Centre Europe. 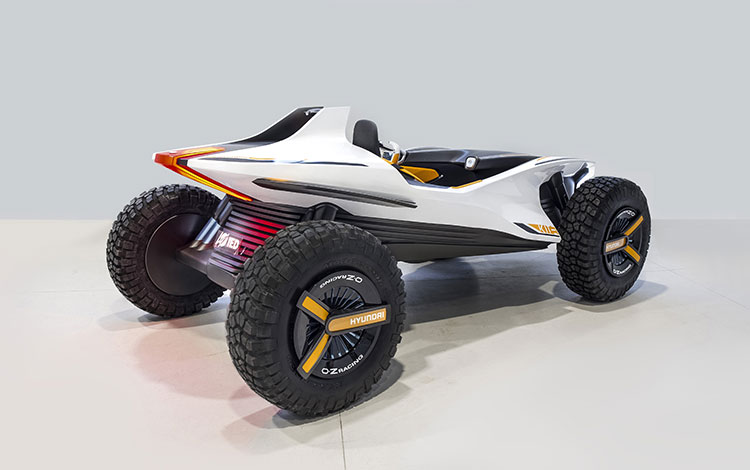 “During these fifteen years, the Geneva audience got used to the design challenges and considerations proposed by IED”, declares Riccardo Balbo, Dean IED Italy. “The idea that drives an international network to take part to such an important venue is to give free rein to a young and uncontrolled energy, re-organise it under the direction of important partners, developing visions and train designers with good skills and a promising future.” 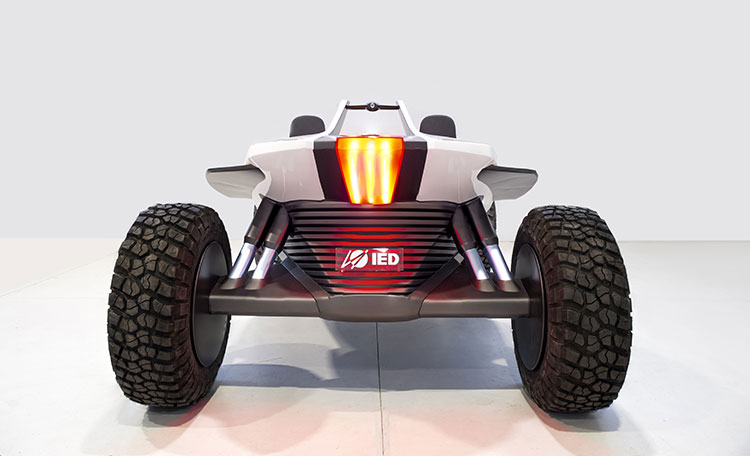 The Hyundai Kite is a doorless, roofless and windowless vehicle that can drive both on streets and over water. It consist of a monocoque chassis with a length of 3,745 mm and a height of 1,455 mm. Its surfaces interlace, creating a continuum of twists and intersections. The designers aimed to reduce barriers between the exterior and interior to create a functional and fun car. The lines convey an idea of floating and freedom, connecting to the idea of spending leisure time near the water. 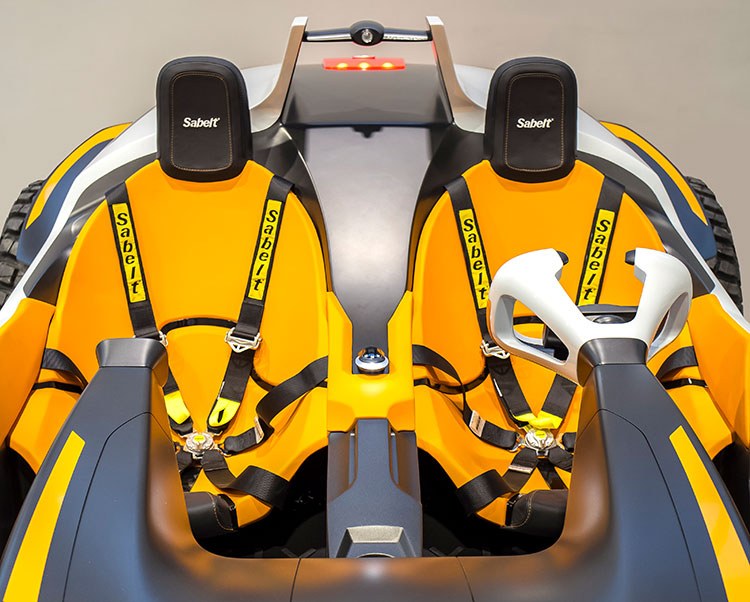 In both configurations the vehicle is equipped with electric propulsion, with four brushless engines placed inside the wheels and a water jet turbine for travelling on water. The Hyundai Kite’s human-car interaction will be controlled by the user’s mobile phone to offer customers intuitive control over all the car’s functiions.

all images courtesy of Hyundai