Bandit9‘s new L-Concept motorcycle is a two-wheeled masterpiece that pays tribute to sci-fi films. The handcrafted model comes with sculpted grips and levers chiseled from one piece of solid aluminum, and an elegant Italian calf leather teardrop saddle that sits neatly on the unibody.

The L Concept is powered by an air-cooled, 125cc, four-stroke engine with a four-speed transmission, all suspended in a pod beneath the L Concept’s frame. The powertrain’s cover was inspired by the reactor of Star Trek’s USS Enterprise, and houses the build’s custom intake and elaborate exhaust system. The handcrafted piece alone takes over 60 hours of work. 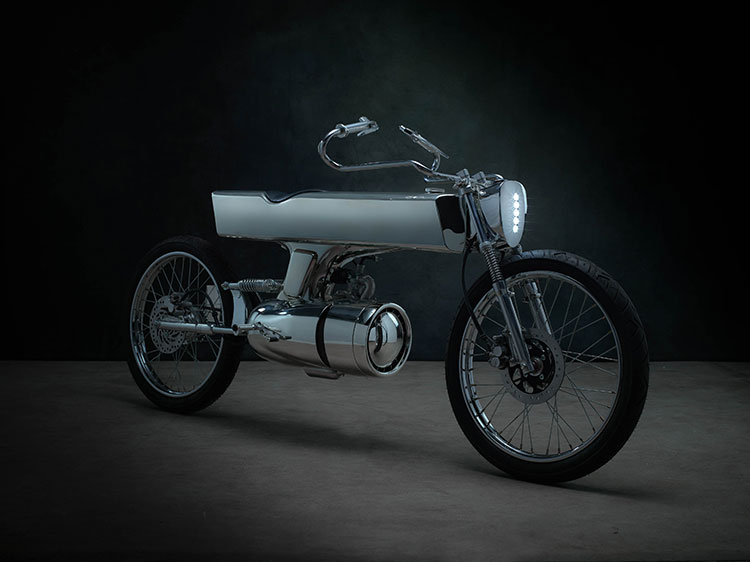 The tail section supports the bike’s square taillight, which consists of 45 micro LEDs covered by what Bandit9 calls a “Pantheon Rear Grill”. The tail light has integrated turn signals, while the indicators up front are two small units wrapped around each fork residing on both sides of the cowl. The bike also boasts custom foot controls which cleanly attach to the back of the reactor-shaped engine case, disk brakes, and 21-inch spoked rims fore and aft.

According to Bandit9, the L Concept has a top speed of 68.3 mph (110 km/h). The L Concept is available for sale for $10,950 including free door-to-door shipping and as of the time of writing this, four of the nine examples built have already been sold. 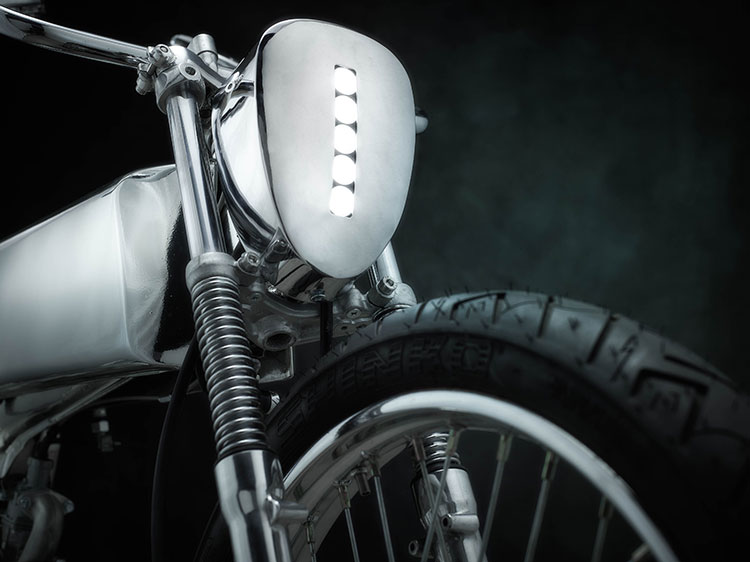 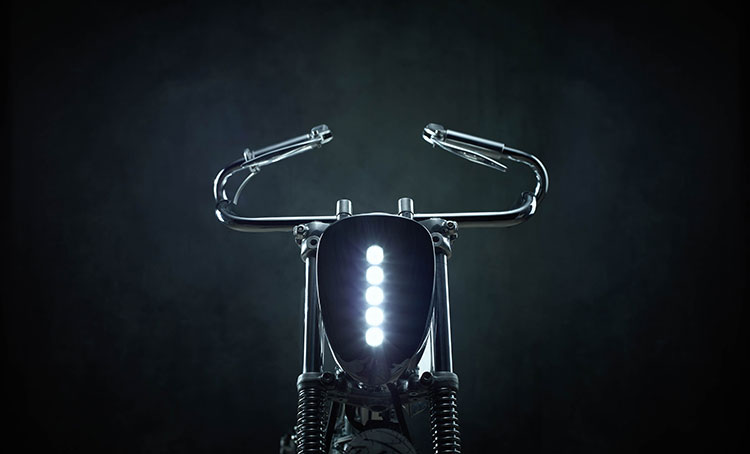 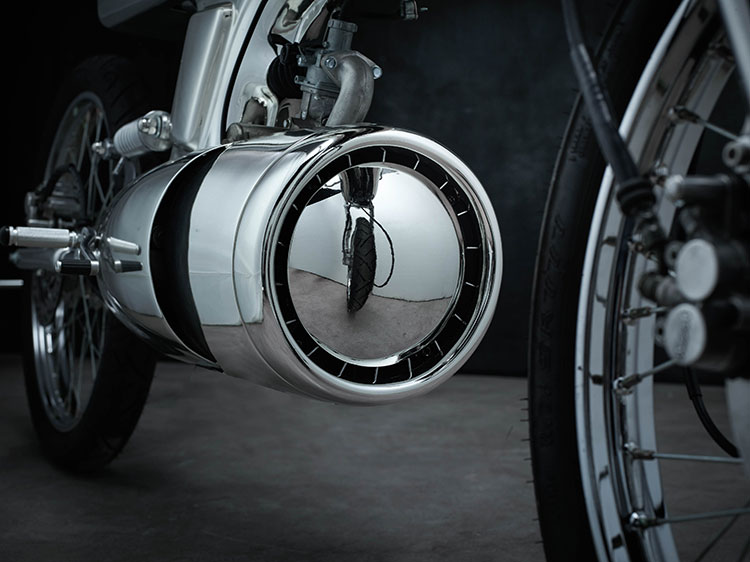 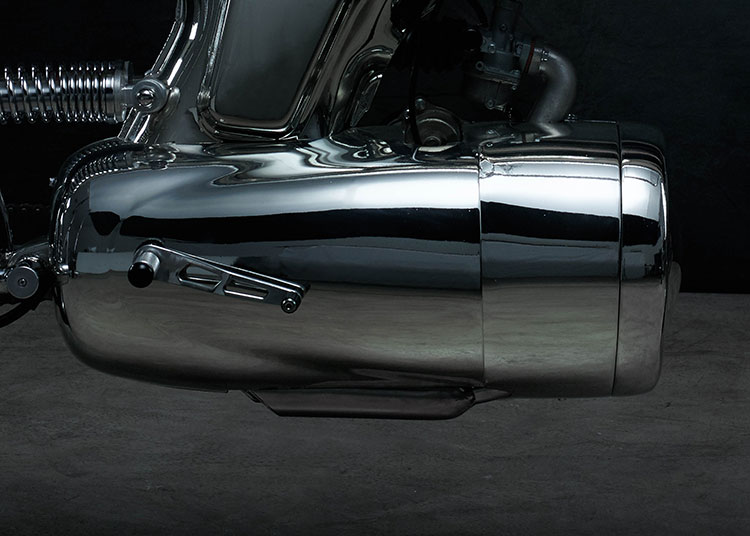 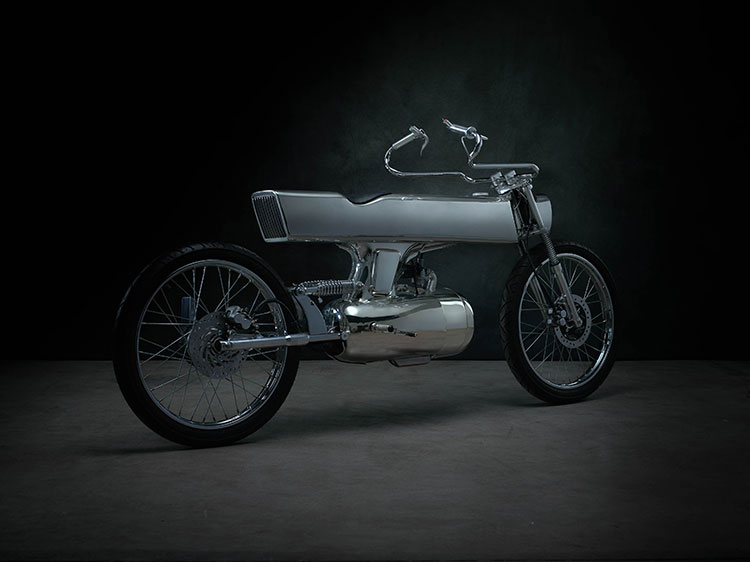 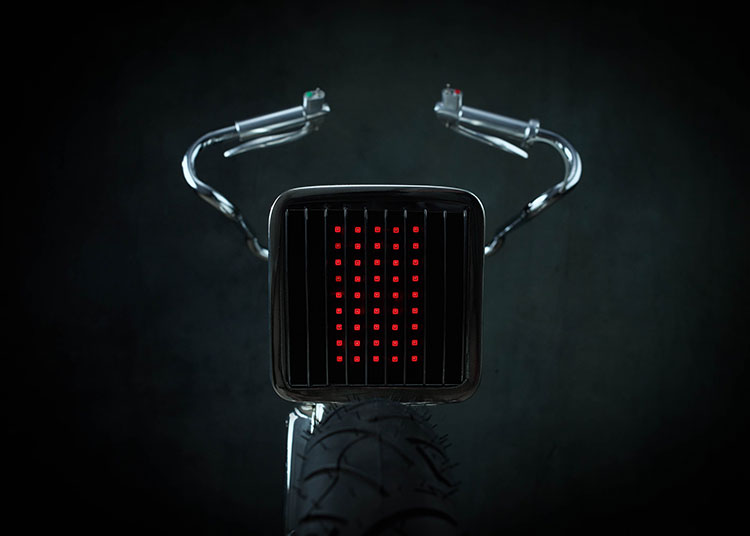 all images courtesy of Bandit9