Volkswagen has unveiled a new version of the Atlas SUV at this year’s New York Auto Show. The new Atlas Cross Sport Concept is a five-seat version of the midsize SUV that went on sale in the U.S. in 2017 as a seven-seater.

The near-production concept car features a coupe-like profile, an even sportier stance, and a plug-in hybrid drivetrain with 355 horsepower and an anticipated 26 miles of all-electric range. A conventional mild hybrid version of the same powertrain would make 310 hp. 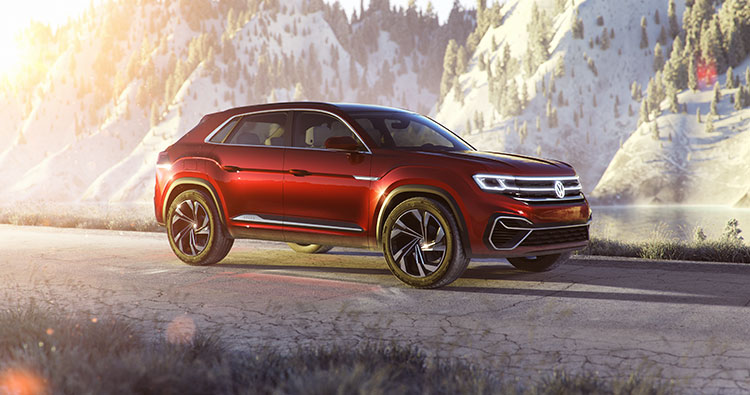 The concept vehicle is 190.8 inches long, 68.3 inches tall and 79.9 inches wide. The powerful exterior is marked at the front by a two-bar grille instead of the three bars on the seven-passenger Atlas. In both vehicles, the LED headlights and LED Daytime Running Lights (DRLs) are an integral part of the radiator grille and a key feature of the new midsize Volkswagen SUV family. Unlike the Atlas seven-seater, the grille crossbars are also illuminated in white and operate as LED DRLs. 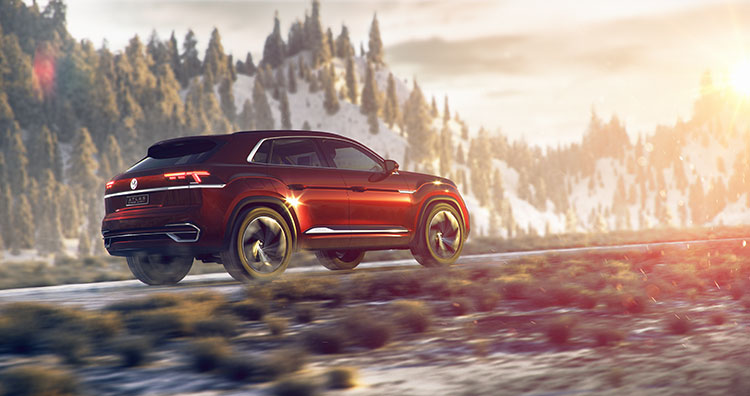 The profile of the Atlas Cross Sport concept combines powerful proportions with sleekly raked C-pillars, as well as short front and rear overhangs. The roof spoiler, which has black side fins, is another distinctive element. The way that the character line transitions directly into the wide, flared wheelarches serves to emphasize its power and presence.

The rear wheelarch on the driver’s side features the ‘filler cap’ for connecting the charging plug for the lithium-ion battery; the one on the other side houses an actual fuel filler neck. The 22-inch aluminum-alloy wheels, which are shod with 285/40 tires, have high-gloss polished spokes for a truly premium look. After flowing through the wheelarches, the character line transitions into an aluminum accent at the rear of the vehicle. LED taillights are positioned above this trim line. The horizontal design motif continues with an aluminum trim piece that extends laterally across the bumper, and into exaggerated tailpipe surrounds, which mirror the taillights above. The vehicle features a low sill height of 33.3 inches for ease of loading. 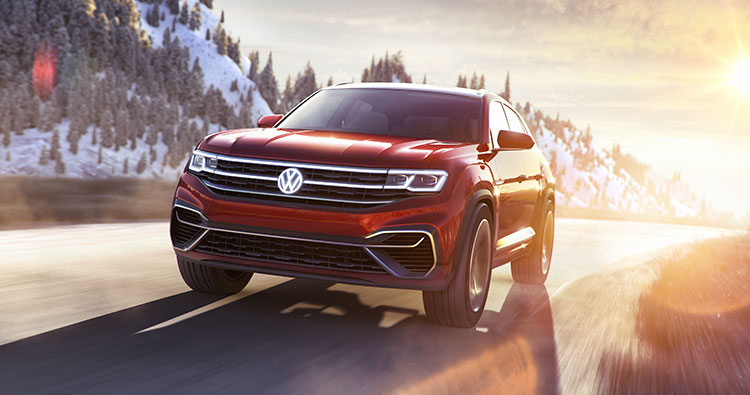 Inside the Atlas Sport Cross concept, the horizontal design remains dominant, emphasized by the instrument panel and infotainment screens. The infotainment system touchscreen is located high on the instrument panel and is seamlessly integrated. The driver and front passenger can manage all infotainment functions and the basic vehicle configuration via a 10.1-inch touchscreen with proximity sensors and gesture control. The layout of the graphics changes depending on which driving profile is selected— ‘Snow,’ ‘Sport,’ ‘On-road’ or ‘Off-road’.

The 12.3-inch Volkswagen Digital Cockpit has a resolution of 1,440 x 540 pixels, enabling sophisticated and interactive graphics. These graphics change according to the selected drive mode—for instance, if you are in ‘E-Mode,’ driving on electric power. The Digital Cockpit display can be reconfigured to show information on driving, navigation and assistance functions as necessary. The driver can also transfer data shown on the touchscreen, such as telephone contact images or CD covers, to the display.

The area below the infotainment system and the Digital Cockpit is upgraded by a horizontal trim strip made of brushed aluminum, which runs across the whole width of the interior. As with the infotainment system, a touchscreen is used for climate control settings, including those for the seat heating and ventilation. 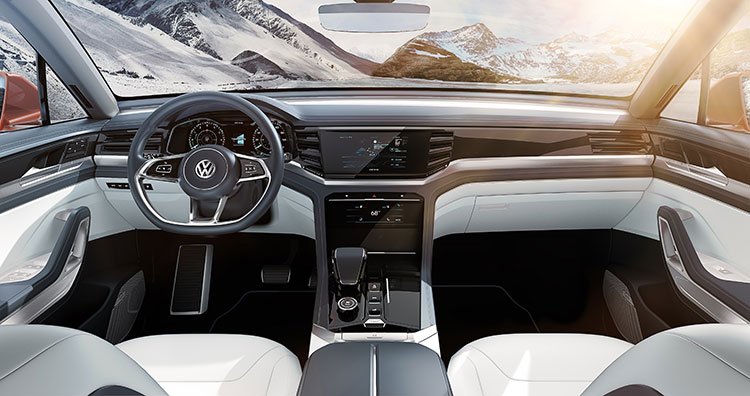 The Atlas Cross Sport concept uses the same 3.6-liter V6 FSI engine as the Atlas, making 276 horsepower and 266 pound-feet of torque. In the Cross Sport concept, this engine is boosted by two electric motors. The front motor develops 54 hp and 162 lb-ft, and the rear motor makes 114 hp and 199 lb-ft.

Energy for the motors is supplied by a compact 18.0 kWh lithium-ion battery housed in the center tunnel. The drive system’s total power amounts to 355 hp, which potentially enables the Cross Sport concept to accelerate from 0 to 60 mph in just 5.4 seconds. The top speed is 130 mph. The Atlas Cross Sport concept could also feature a mild hybrid powertrain. Using the same V6 engine and electric motors, but with a smaller 2.0 kWh battery, the mild hybrid version would produce 310 horsepower and give 0 to 60 mph acceleration in 6.5 seconds. The top speed would remain at 130 mph. The actual production vehicle is scheduled to be launched in the U.S. market starting in 2019. 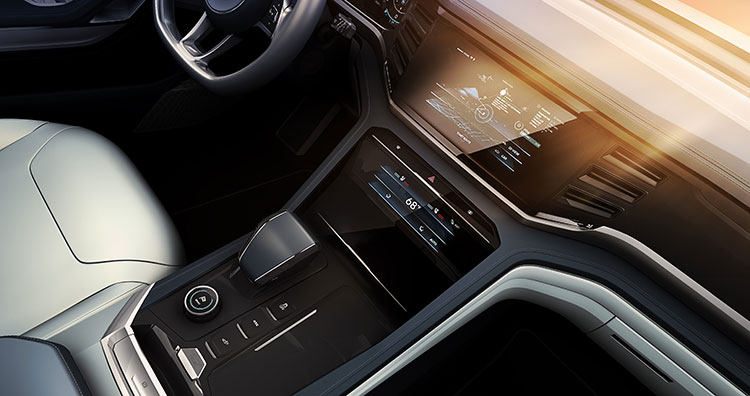