The smart mobile disco is based on a smart EQ fortwo. The car’s interior has been transformed to accommodate the equipment for operating the lifting platform which can be raised when used for DJ-ing. 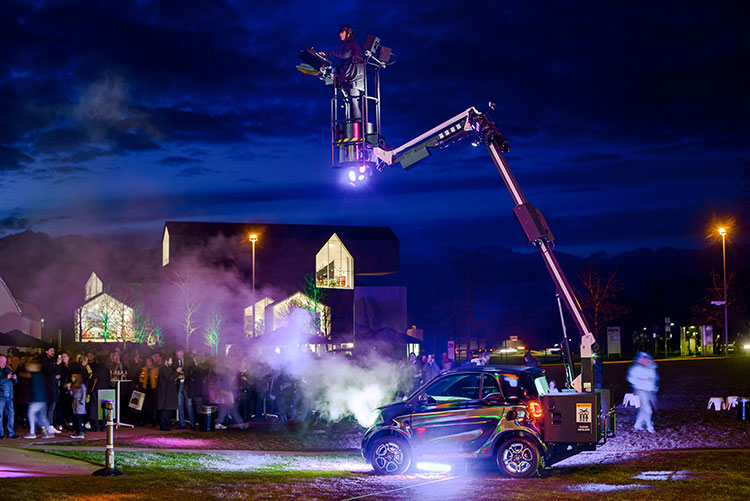 A fog machine located behind the radiator grille blows smoke onto the dance floor. A host of different light effects are on board to conjure up the ultimate disco fever: the smart is fitted with LED headlamps, which project an animated light show onto the dance floor. A stroboscope inside the vehicle sets the smart flashing at the push of a button. There is an LED matrix on either side of the boom, and a spotlight which can be turned in any direction is also part of the show. The smart mobile disco’s alloy wheels are back-lit, and the show car’s underbody is also illuminated. 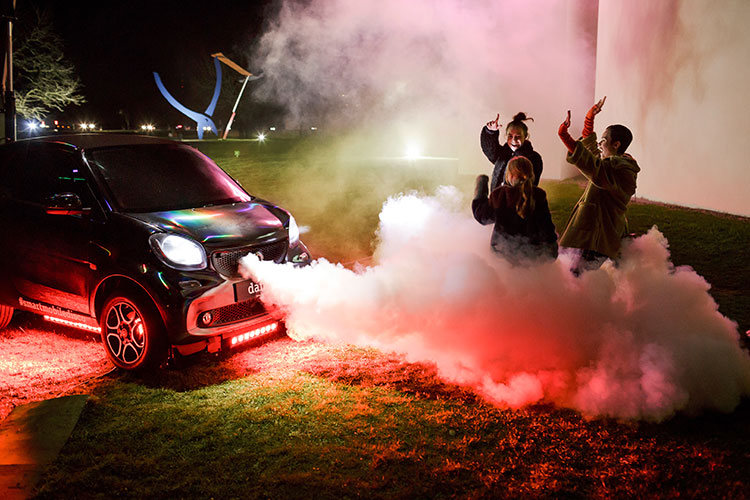 The smart mobile disco is a one-off model and not for sale. But with the JBL sound system a unique sound experience is possible in all new-generation smarts. The JBL sound system develops impressive sound volume and incorporates a 6‑channel DSP amplifier (240 watts) in the fortwo and an 8‑channel DSP amplifier (320 watts) on board the forfour. A total of eight (fortwo) or twelve (forfour) high-performance loudspeakers provide for outstanding sound quality: one broadband centre loudspeaker, two tweeters in the mirror triangle, two lower mid-range speakers in the doors (on the forfour additionally in the rear doors), two broadband rear-fill loudspeakers and in the fortwo a removable woofer on the left-hand side of the luggage compartment. The woofer is simple to remove without needing tools, should more space be required in the luggage compartment.

The car made its scheduled appearance at Smart’s Salone del Mobile party on April 17 and was one of the highlights at the preview of “Night Fever. Designing Club Culture 1960 – Today” at the Vitra Design Museum in Weil am Rhein, Germany, on 16 March. 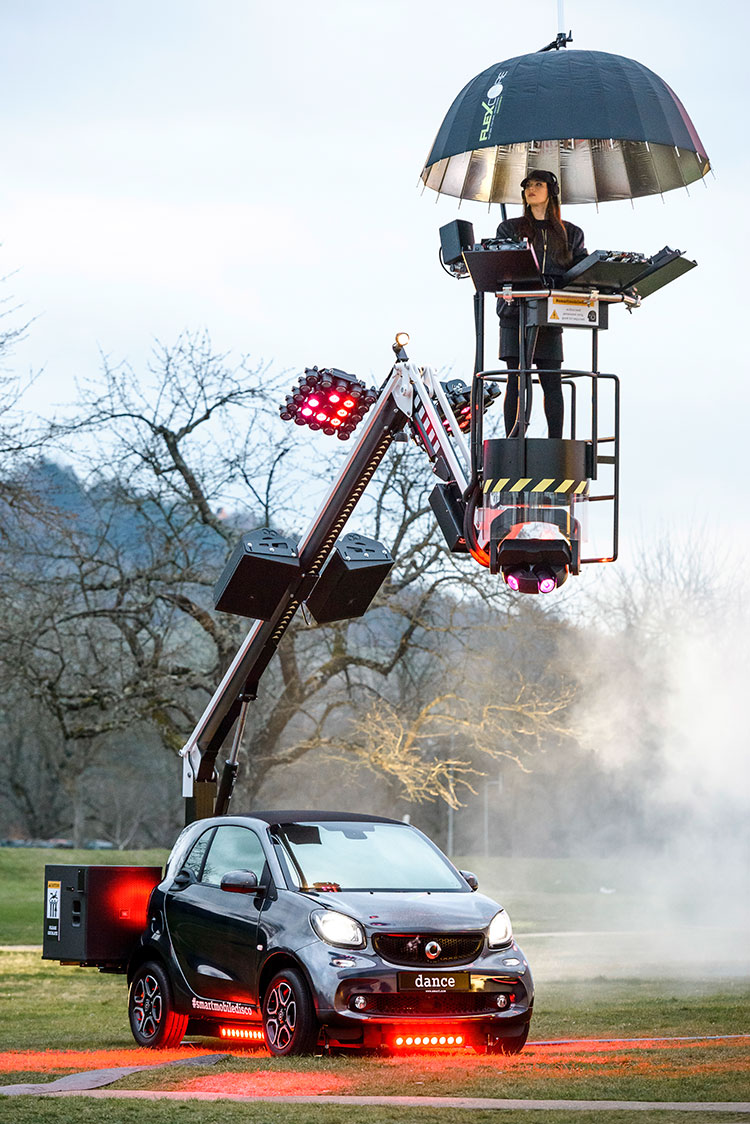