“I’ve always been amazed at how different an image looks when you put it inside the red border of Time,” said Time creative director D W Pine in a statement. “What’s interesting about this is that the image is actually the border of Time. I’ve looked at that border and logo every single day on a flatscreen monitor, and to see it up in the sky, at 400 feet in the air, it was very moving for me.”

Exactly 958 drones were programmed to the precise shade of red that TIME magazine uses.  Together with Astraeus Aerial Cinema Systems and L.A. drones, the team carefully mapped the placement of the vehicles on the computer before sending them into flight in the night sky. Holding a camera in the air at just the right angle, the result was one of the biggest drones shows ever produced in the United States. 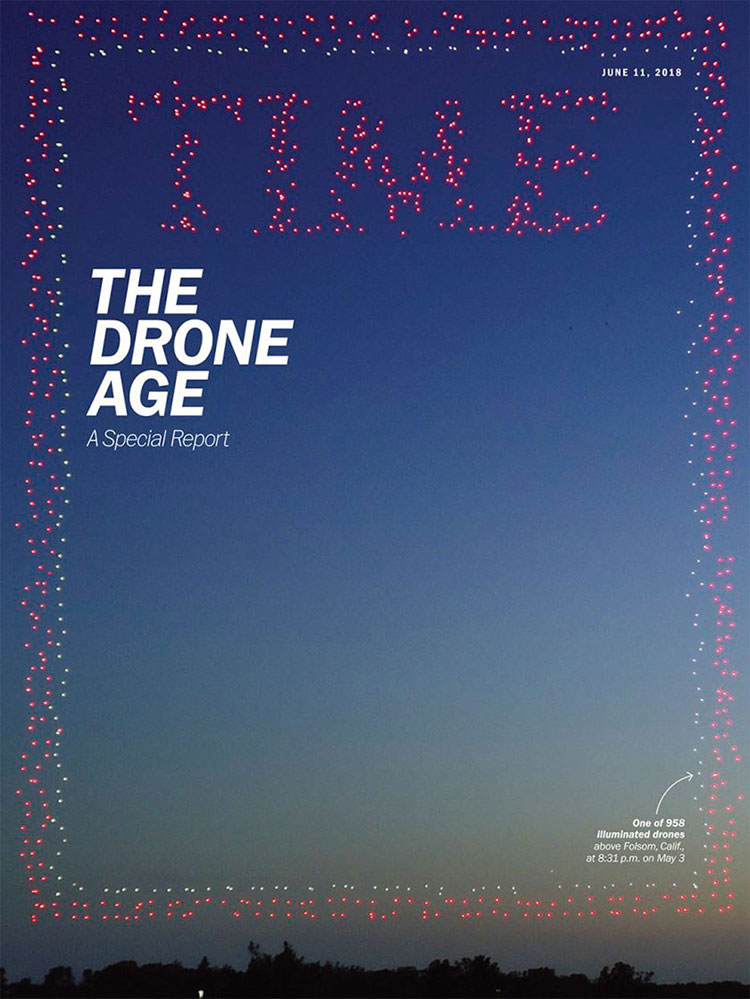