RM Sotheby’s reveals an early featured highlight for its upcoming Porsche 70th Anniversary auction at the Porsche Experience Center Atlanta. A time-capsule, fully numbers-matching 1956 Porsche 356 A 1600 S Speedster, commonly referred to as a Super Speedster, will be offered from its owner of 51 years at the October auction event.

A rare example of the first production Porsche model, the nimble, rear-engine, two-door 356 Super Speedster is lauded as one of history’s greatest sports cars. The Speedster iteration of the 356 was introduced to the U.S. market in 1954 to compete with its affordable British contemporaries. 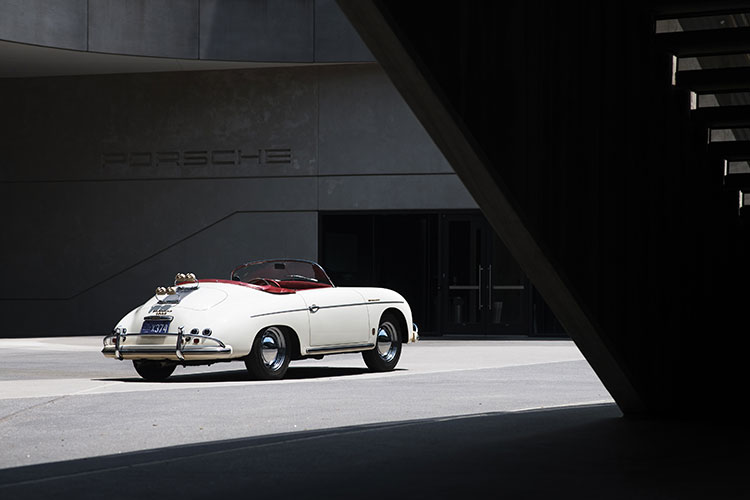 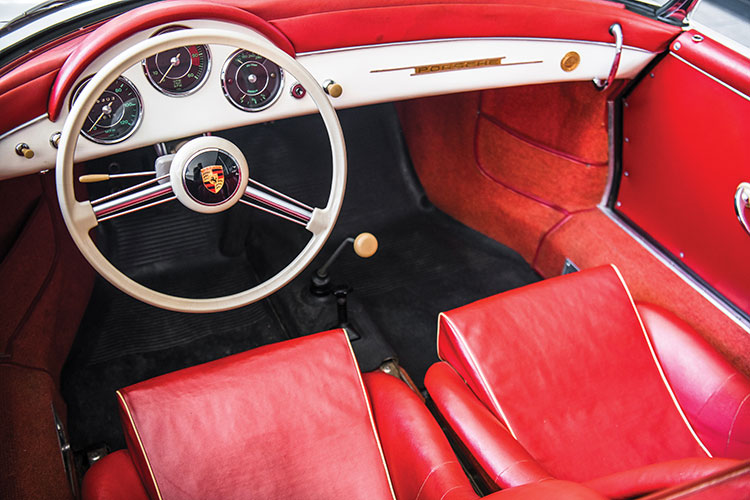 In 1967, Mr. Robert P. Howry, a butcher in Lancaster County, Pennsylvania—and a self-proclaimed sports car fanatic—purchased this Glacier White 1956 Porsche 356 A 1600 S Speedster, chassis no. 82780, from a local scrap metal dealer, who had acquired the car from Lancaster County Motors when new. A lifelong “coupe man,” Mr. Howry could not resist the stunning good looks of the Speedster and had to have it. Unlike the other sports cars that came and went in his collection, Mr. Howry would hold on to the Super Speedster for the next 51 years, during which time it led a pampered life in a specially built garage and saw just 3,000 miles on the road. 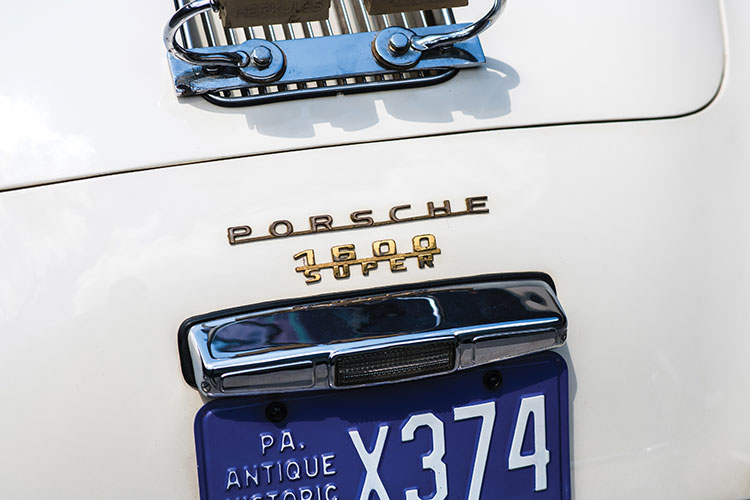 The Porsche enjoyed just a few showings over its time with Mr. Howry and his wife Joan, an equally passionate hobbyist, including a first-place win at the 1979 Porsche Parade in Reston, Virginia, as well as several tours with the couple at the wheel. Despite its quiet life, the Speedster was meticulously cared for by its owner, who looked after the leather, changed its oil regularly, serviced the engine, and preserved its original rubber trim, treating it with linseed oil every year. The Super Speedster has remained in such exceptional original conditional throughout its life that other enthusiasts seeking knowledge on how to restore or judge similar models would visit Mr. Howry to inspect the car. 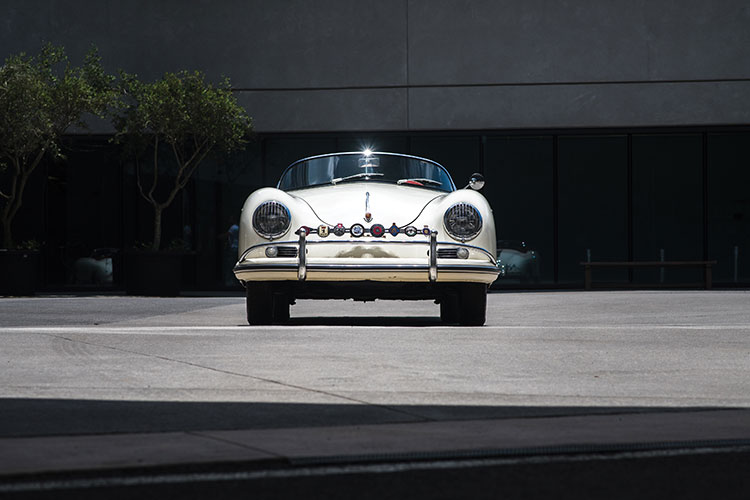 “This is one of finest and most original Super Speedsters to emerge in recent years, and we’re honored to offer it at our auction,” says Alexander Weaver, Car Specialist, RM Sotheby’s. “Today, the Porsche Super Speedster is a much sought-after automotive icon from an early era in the 70-year heritage of Porsche, and this car is a true time-capsule example, offering a rare opportunity to experience a classic Porsche essentially just as it was when it left the factory 62 years ago. It has never been restored because it was never needed, and it is offered from a couple who embodies the idea that a Porsche is better together.” 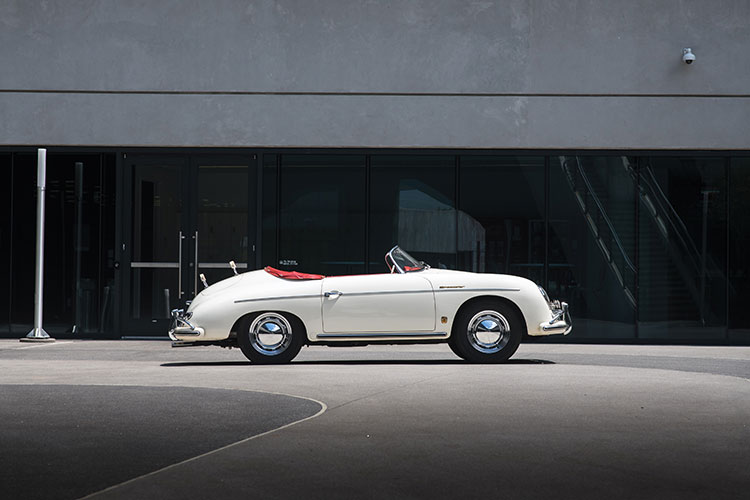 The numbers-matching Super Speedster comes to the Atlanta sale in incredibly original condition, showing just 35,302 actual miles and complete with Porsche Kardex and Certificate of Authenticity, original side curtains, pull-through key fob, tool roll, manuals and a host of other original parts. A true Porsche enthusiast, Mr. Howry says it is time for someone else to appreciate the Super Speedster the way he has for 51 years and continue its very special story (Est. $500,000 – $600,000). 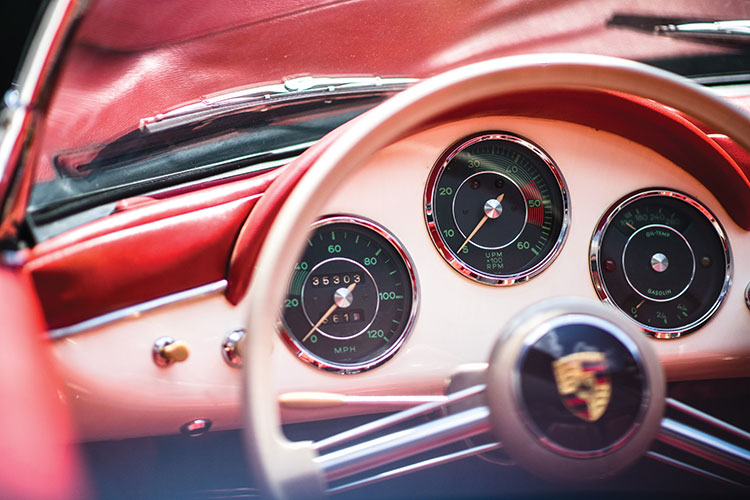 The Super Speedster is currently on display at the Porsche Experience Center Atlanta’s Heritage Gallery. The Porsche 70th Anniversary Auction is an exclusive, single-marque auction to be held at the home of Porsche Cars North America (PCNA) in Atlanta. Set for the weekend of 27 October, the sale shortly follows official U.S. 70th anniversary celebrations taking place as part of Porsche Rennsport Reunion VI and will feature approximately 70 of the world’s most important and most sought-after, privately-owned collectible Porsche models, spanning the marque’s illustrious 70-year history as a sports car manufacturer.