Normally, the sleepy village of Neukirchen stays cuddled up in a valley of the Austrian Alps awaiting the fresh snow that will bring in the ski tourists. But from June 17 to 24, 2018, the crackling of thousands of motorcycles awakened the small community from its summer slumber.

When the Club of Newchurch comes to town, the roads are closed to traffic and the entire village dedicates itself to motorcycle enthusiasts. Today, the spectacular 2018 Soul Fuel Bike from BMW Motorrad that Bernhard Naumann, also known as Blechmann, built has celebrated its world premiere. 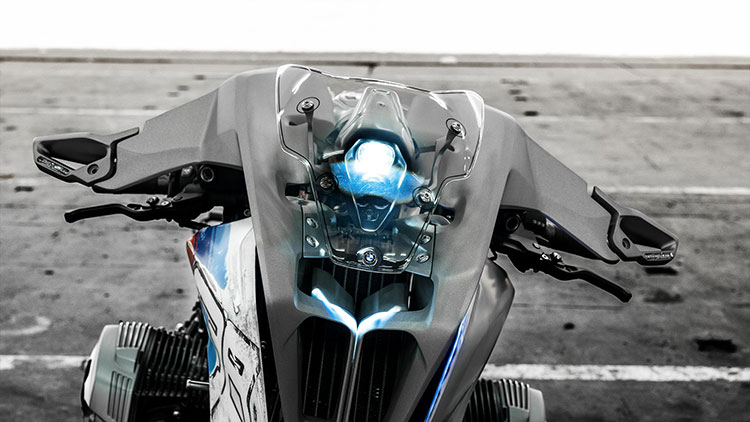 A strong character needs a strong name. “Blechmann” is a name as strong as metal. It is also the nickname of Bernhard Naumann, customizer with a unique personality. When Blechmann speaks of his credo for conversions, it sounds almost lyrical. His words manifest themselves in the mind as an idea that promises greatness. “Fantasies that come alive through form and shape” is how the trained designer describes his work. Or as a “soul search in metal.” 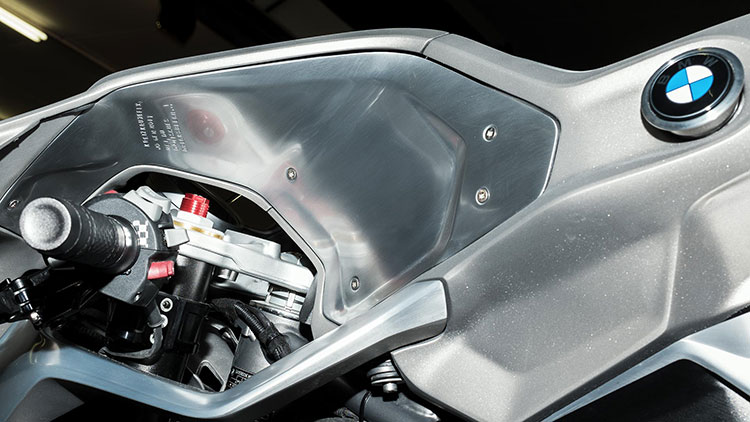 Blechmann finds his muse in mechanics. As soon as the BMW R nineT stood before him, he began dismantling the bike, giving his ideas free rein. “There’s actually no basic inspiration for me. I dismantle the original parts and then let myself be guided by the ‘white screen,’” he says. Sometimes, when it comes to the intensive phase of a project, he sits on the sofa at home, draws new parts and tries out his ideas on paper. But the conversion is by then already underway. “It’s more like experimenting with variations,” says Blechmann. For the conversion of the BMW R nineT, he often had to scribble on his block, as the time frame was very tight and intensity was high. “I started around the turn of the year and then went full throttle because I knew time was running out.” 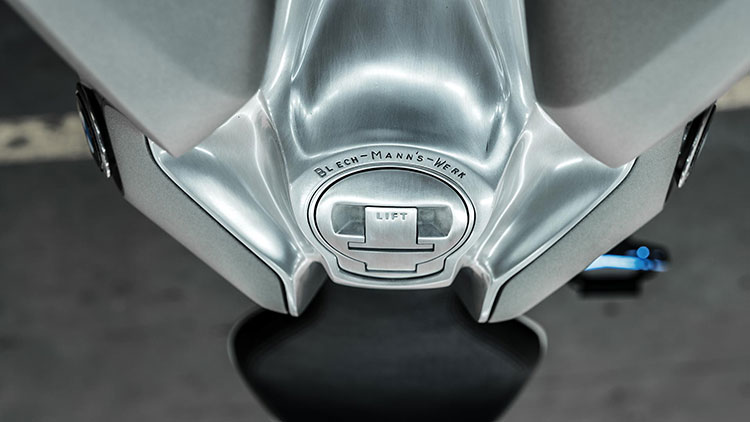 He sees his version of the BMW R nineT not as a custom bike, but as a concept bike and an “opportunity.” “I created a machine that could just as well have come from BMW,” says the winner of the Willie G. Davidson Design Award. His motorcycle now looks like a distant relative of the BMW R nineT. Except for the handbrake lever, handlebar and fork, everything comes from the metal-loving hands of Blechmann. He found outside support for the electronics, saddle and lacquer. Only the name was missing. “Some friends mentioned that my front body looks like a chicken head(!),” says the customizer. “I asked myself what the Bavarians would say. Then I decided to call the machine ‘Giggerl’.” 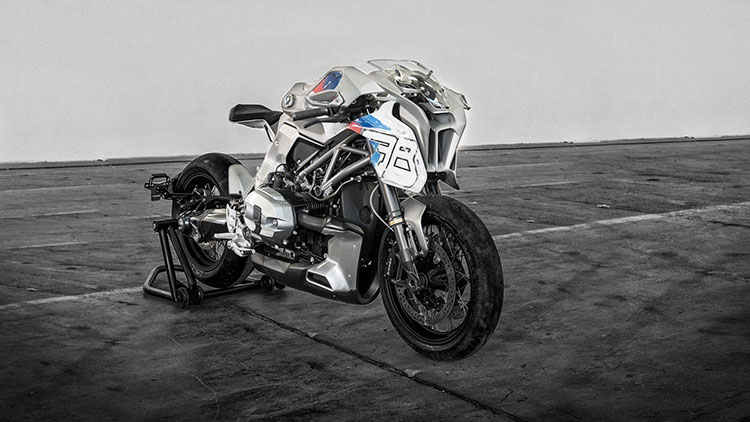 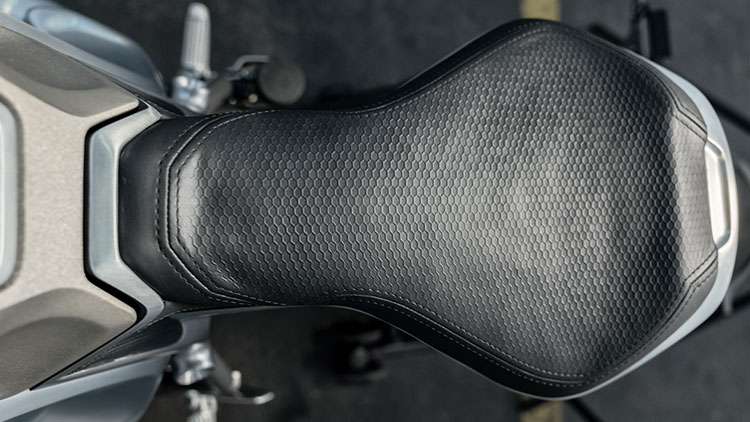 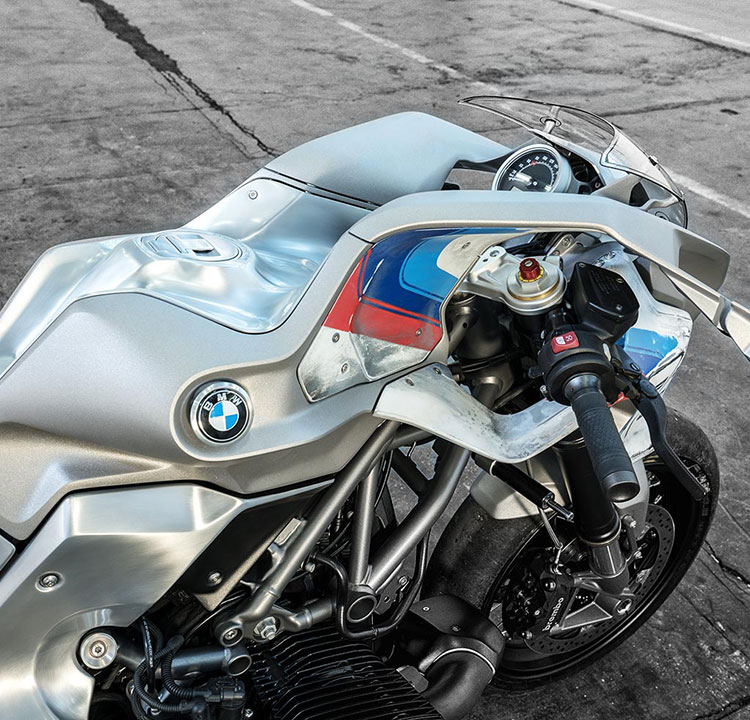