There’s been a Mini, a Defender, and now a Porsche. Over the weekend a unique 911, painted in the colors of the Artist Stripe, raced Le Mans Classic. The one-off 1965 Porsche has been built as a personal project by James Turner: founder and director of Sports Purpose, a historic Porsche specialist based at the Bicester Heritage site. 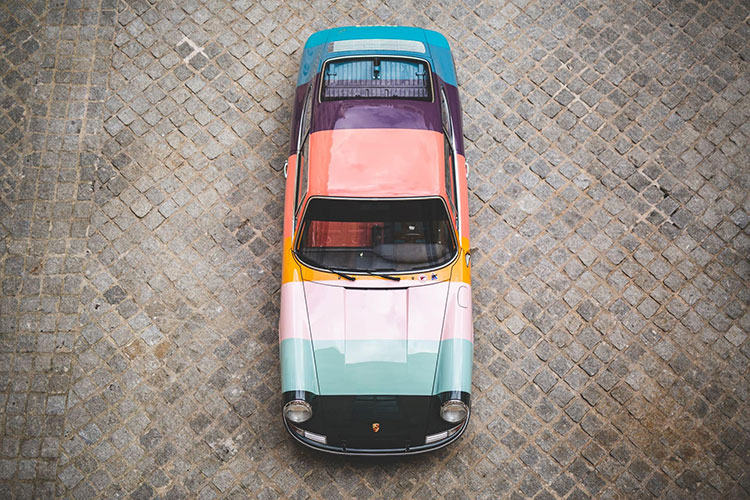 “I have always been a fan of Paul Smith”, said James, “and I still remember buying my first Paul Smith jumper and jeans – in fact, I still have them! I have been lucky enough to do a little bit of work with the company and we always talked about doing a bicycle together. When I had the opportunity to build my own racecar, it was an obvious request to make. I am absolutely thrilled with the result and hope that fans of Paul Smith, Porsche and racing worldwide will enjoy seeing it out and about in the future.” 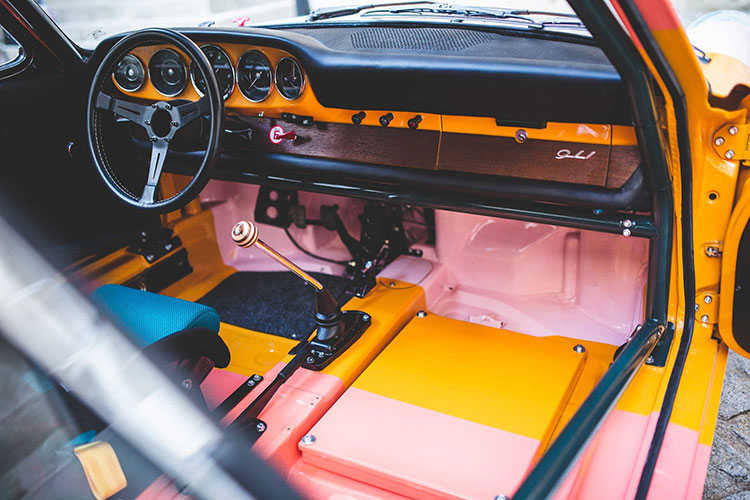 The Artist Stripe color scheme runs throughout the car and is continued with a dark green roll cage and petrol blue cushion on the racing seat. Finally, Paul’s signature on the balsawood gear knob adds a finishing touch. 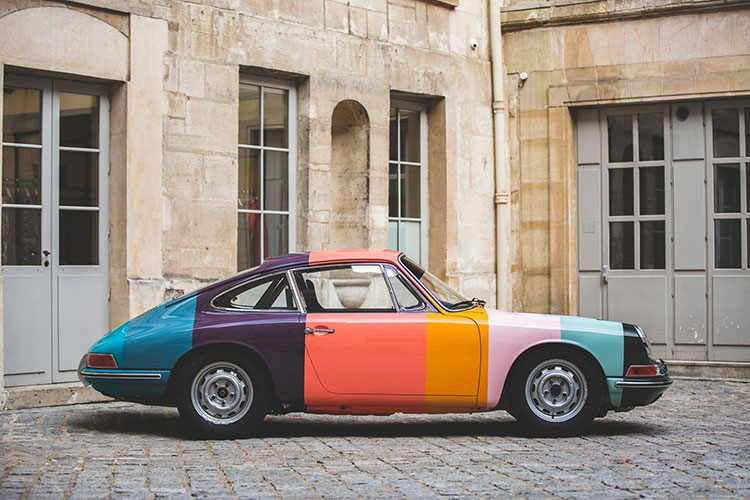 The car’s first competitive outing was over the weekend, as it took part in the Porsche Classic race at the 2018 Le Mans Classic. It will then return to the UK to appear at the Goodwood Festival of Speed from July 13th to 15th, as part of the ongoing celebrations for Porsche’s 70th anniversary.