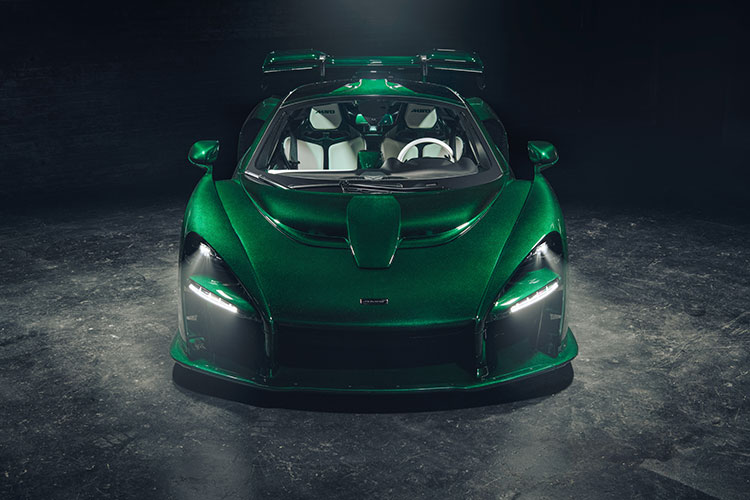 Blue and red wheel centre lock nuts and ball polished wheels complete the exterior, while the body colour is carried through to the interior, with “Fux Green” Tinted Carbon in Gloss Finish complemented by a bright white leather facia, seats, door uppers, and steering wheel, with green contrast stitching on the seats and steering wheel. The headliner remains in Carbon Black Alcantara, while the door struts and rear-view mirror are painted in green. 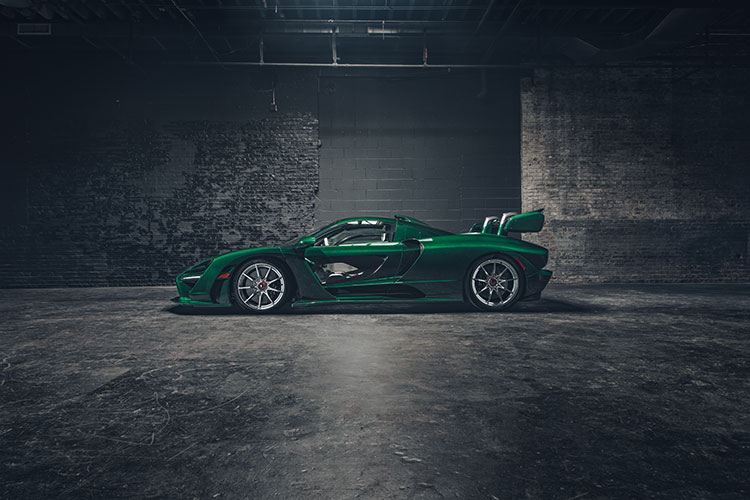 “We’re pleased to deliver the first McLaren Senna in the North American market,” said Tony Joseph, President, McLaren North America. “This is such a special car, designed and engineered to be the ultimate road-legal track car ever produced by McLaren. We know that owners can’t wait to get their cars on the circuit, and we’re eager for them to get behind the wheel.” 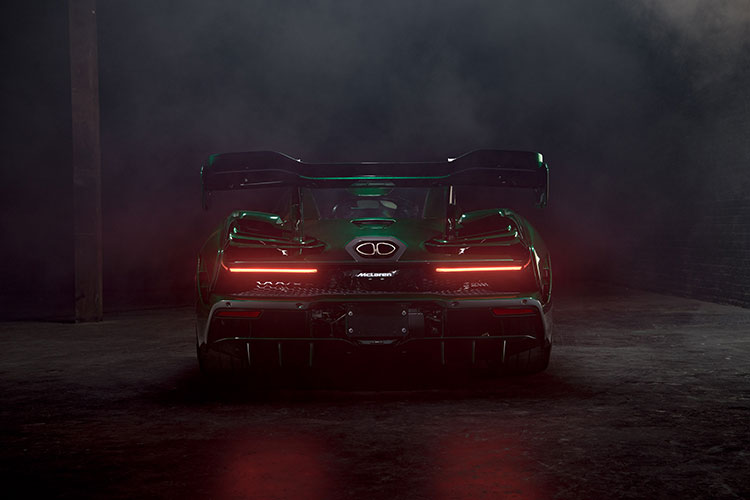 Bearing the name of legendary Formula 1 driver, Ayrton Senna, the newest family member in the Ultimate Series was developed to be the most responsive and engaging road-legal McLaren ever, offering the purest connection between the driver and car. Though the engine specs are impressive — a 4.0-litre, twin-turbocharged V8 engine that produces 800PS and torque of 800Nm for 0-60mph in 2.7 seconds and 0—124mph in a blistering 6.8 seconds — the aerodynamics on the McLaren Senna are arguably most noteworthy. The active front aero blades and an active rear wing contribute to up to 800kg of downforce, supported by the aggressive, form-follows-function design of the McLaren Senna that prioritises aerodynamic performance above visual appearance. 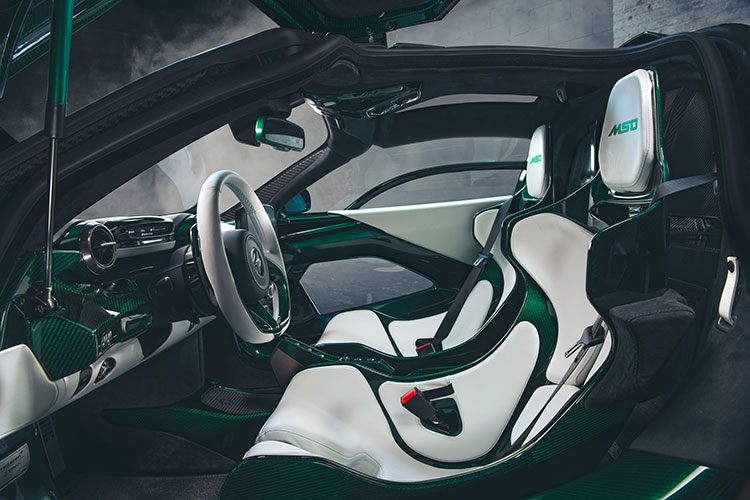 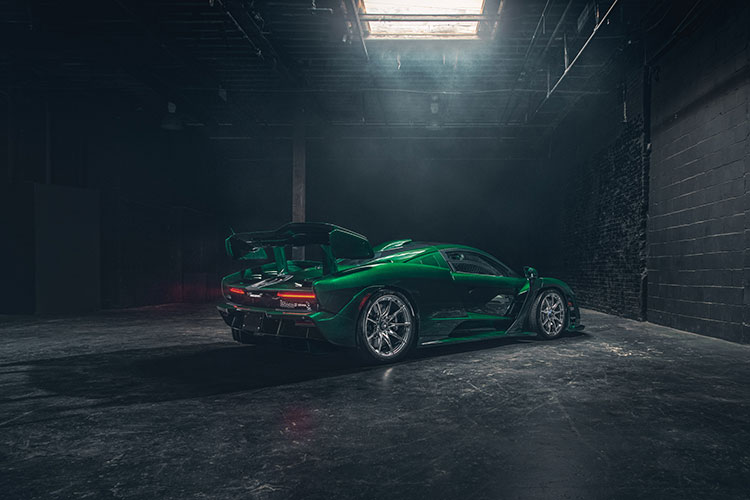 The “Fux Green” McLaren Senna joins a bespoke 720S that is also in Mr. Fux’s collection. Noted for its bright white interior and custom fuchsia exterior color known as “Fux Fuchsia”, Mr. Fux’s 720S made a splash on the Concept Car Lawn at the 2017 Pebble Beach Concours d’Elegance. These supercars join his other McLarens – a 12C in McLaren Orange and a 12C Spider in bespoke purple. The McLaren Senna owned by Mr. Fux will be on display on August 24 at The Quail, A Motorsports Gathering, during Monterey Car Week.